Accessibility links
Epstein's Former Business Associate Says He Committed Financial Crimes Too Steven Hoffenberg spent 18 years in prison for running a Ponzi scheme. He says his former business partner Jeffrey Epstein should have been there too. 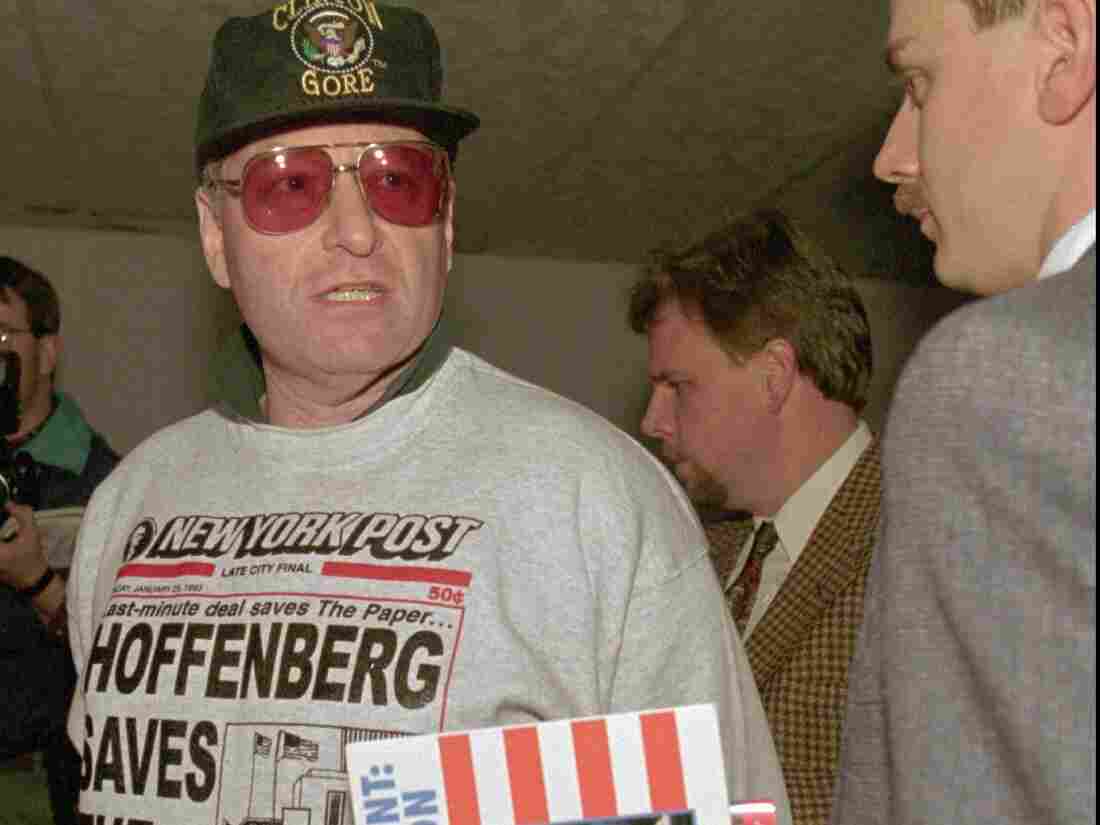 Steven Hoffenberg was arrested by FBI agents in Arkansas in 1996, after regulators accused him of defrauding investors. Danny Johnston/AP hide caption 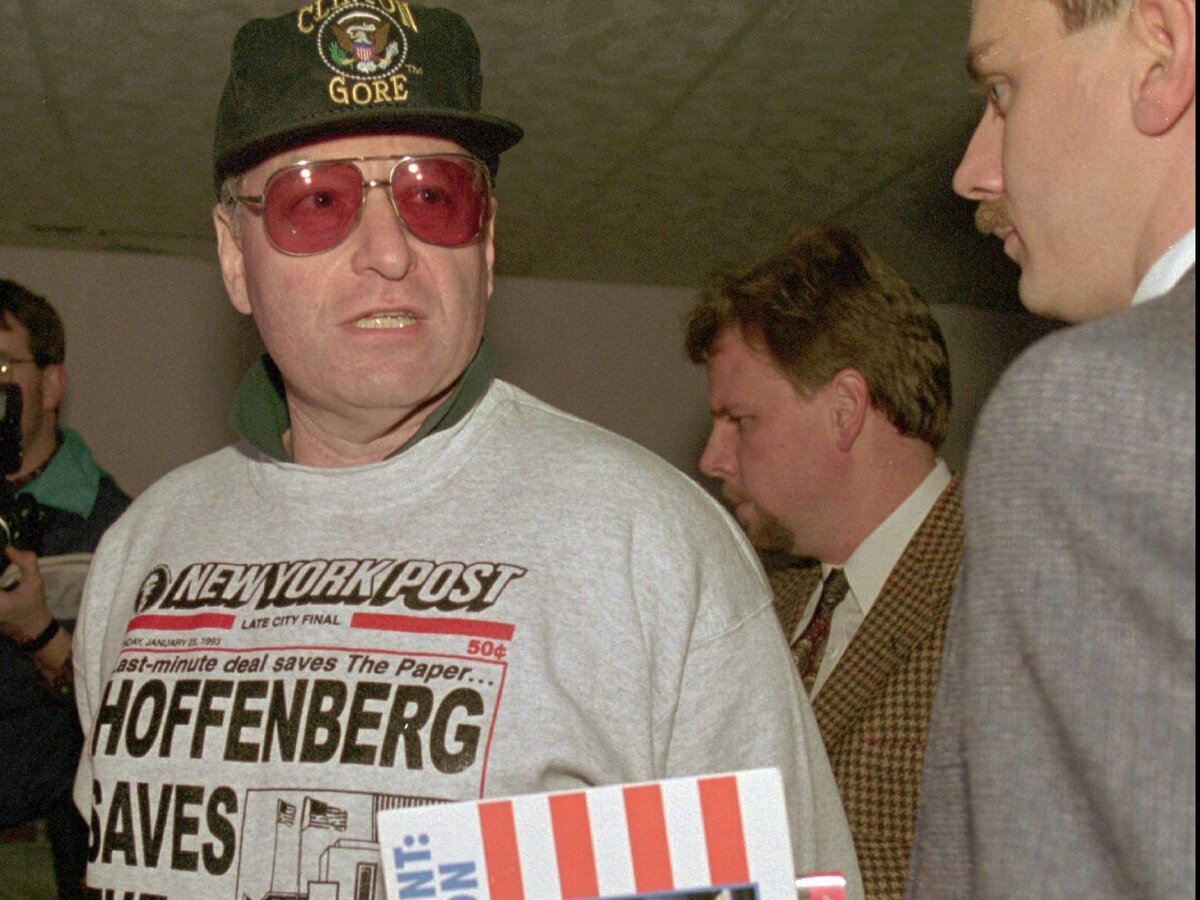 Steven Hoffenberg was arrested by FBI agents in Arkansas in 1996, after regulators accused him of defrauding investors.

At 74, Steven Hoffenberg spends a lot of time reflecting on his long and checkered past, which included a lengthy prison sentence for running a Ponzi scheme.

Since last weekend, he says his thoughts have increasingly turned to the man he says conspired with him in that scheme — the notorious sex criminal Jeffrey Epstein, who was found dead in his cell at New York's Metropolitan Correctional Center last Saturday.

Epstein is widely seen as someone who managed to dodge accountability for his actions. His 2006 arrest for sex crimes involving under-aged girls in Florida resulted in a plea deal that was widely seen as very lenient. Hoffenberg maintains that Epstein also got away with financial crimes.

During his lifetime, Epstein was known as a man who lived a life of opulence. He threw lavish parties for his rich and powerful friends at his many homes, which included one of the largest mansions in Manhattan and a private island in the Virgin Islands, where he ferried his friends on a private jet.

Hoffenberg says he was introduced to Epstein by a British business acquaintance in the 1980s, and they quickly became friends.

"He appeared to be brilliant, extraordinarily gifted and talented in convincing people to buy from him. And a criminal mastermind," Hoffenberg says.

Hoffenberg hired him at the financial company he ran, Towers Financial. Epstein had a vast network of wealthy connections and helped Hoffenberg raise money on Wall Street.

"He knew many people in the brokerage business that sold securities and they gave him access to investors," he recalls.

Together, the two men acquired the parent company of two Illinois insurance firms, and then used the money in a failed bid to acquire the troubled airliner Pan Am. They also drained hundreds of millions of investors' dollars and Towers Financial eventually was forced into bankruptcy, Hoffenberg acknowledges.

"This was a criminal investment enterprise. So I'm not trying to state to you that there was a purpose that should be complimented," he says.

Hoffenberg would plead guilty to mail fraud, tax evasion and obstruction of justice in 1995, and would eventually serve 18 years in prison.

Epstein was never charged in connection with the scheme, although Hoffenberg says he told federal prosecutors about his role.

"There's no question that I told them. It makes no sense. Like his whole life makes sense. His death makes no sense," Hoffenberg says.

Why Epstein escaped prosecution is something of a mystery. The federal prosecutor who handled the case, Dan Nardello, declined to comment, saying he never discusses cases he prosecuted.

Former prosecutor Amy Millard came into the case late, during sentencing, and says she remembers little about it after 25 years. But she says Hoffenberg appeared to be a less than trustworthy witness.

"I remember that at the point that I met him and had any dealings with I did not believe he was credible in his statements," says Millard, who's now in private practice at the law firm Clayman and Rosenberg.

Millard also remembers that Hoffenberg in the courtroom showed little sympathy for the many thousands of small investors who had lost money in the scheme.

"I remember that he was extraordinarily arrogant, not taking responsibility for what he had done and that there were a huge number of victims who were hurt by his behavior."

Today Hoffenberg says he is eager to atone for what he did, and says he called some of the victims and urged them to sue Epstein to recoup some of their money.

One of the victims did file a class-action suit against Epstein last year, but the suit was withdrawn after his lawyers argued that the statute of limitations had passed on whatever crimes had been committed.

Hoffenberg says he's still available to help the victims and would testify on their behalf.

"I'm the first one in the line to assist the victims," he says. "At 74, I'd like to go to the pearly gates assisting the victims."