Accessibility links
ICE Holds 52% Of Detainees In Rural Areas Where Lawyers Are Scarce NPR's analysis of Immigration and Customs Enforcement data show 52% of detainees in the last year were held in rural areas, where legal representation is limited and deportation is more likely. 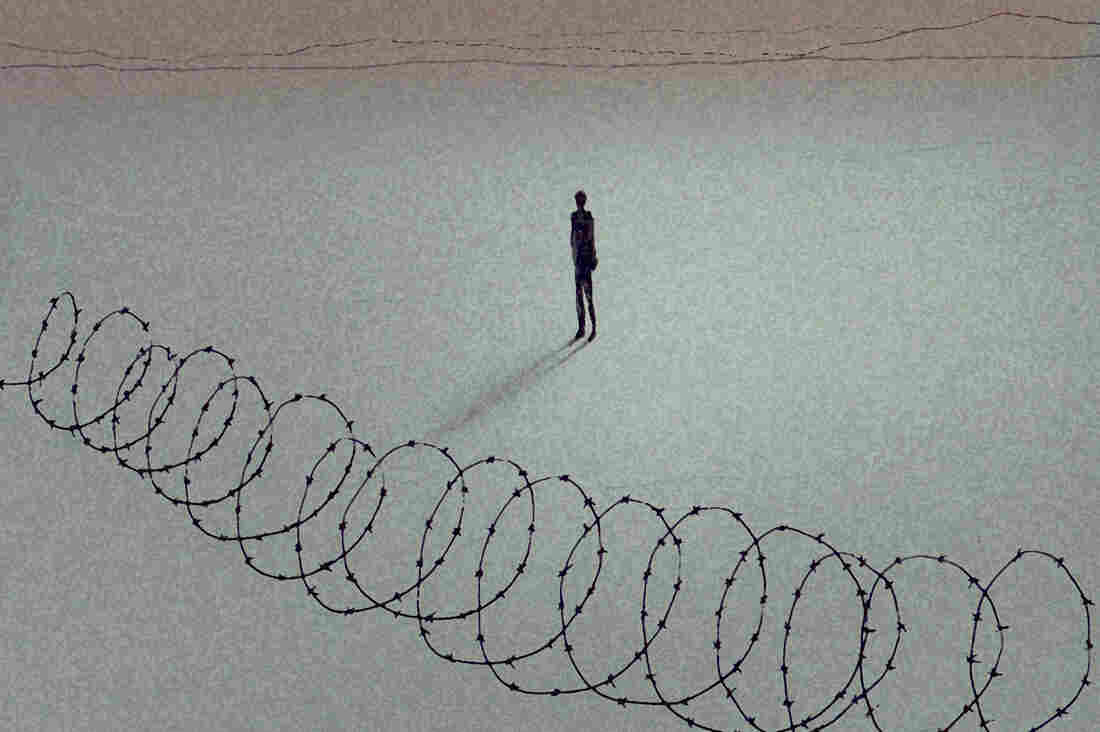 More than half of immigrants detained by the U.S. Immigration and Customs Enforcement are housed in remote rural prisons, according to a new NPR analysis, about 52%. That number is increasing. Gary Waters/Ikon/Getty Images hide caption 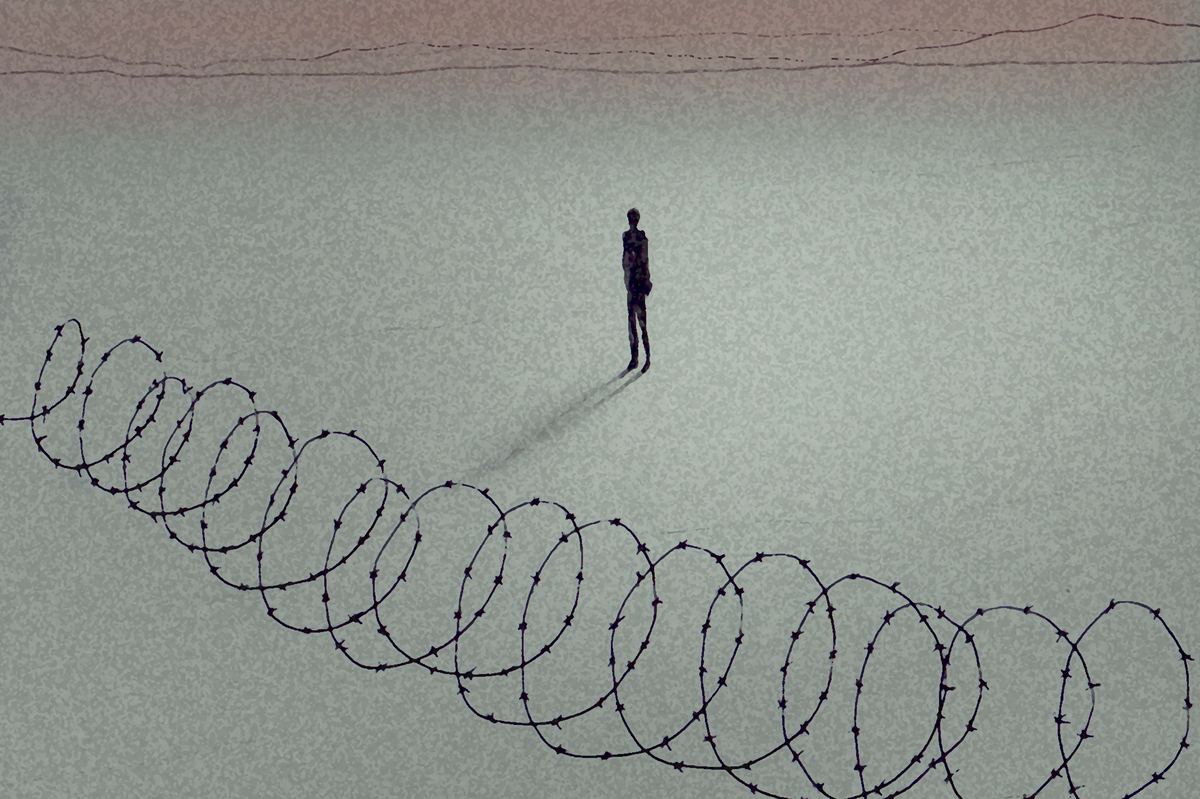 More than half of immigrants detained by the U.S. Immigration and Customs Enforcement are housed in remote rural prisons, according to a new NPR analysis, about 52%. That number is increasing.

Yoel Alonso sat in a cell for 10 months before he ever met with a lawyer. His wife had to travel 1,000 miles to visit him at the remote Louisiana facility where he was detained.

Alonso is not imprisoned for committing a crime. In fact, he turned himself in to immigration officials last October, seeking asylum from Cuba. Since then, he has been detained in two rural facilities — first in Louisiana, and now in Adams County, Miss. — where he is faced with daunting legal hurdles. Chief among them: Alonso has met his lawyer only once in his nearly 11 months in federal custody. 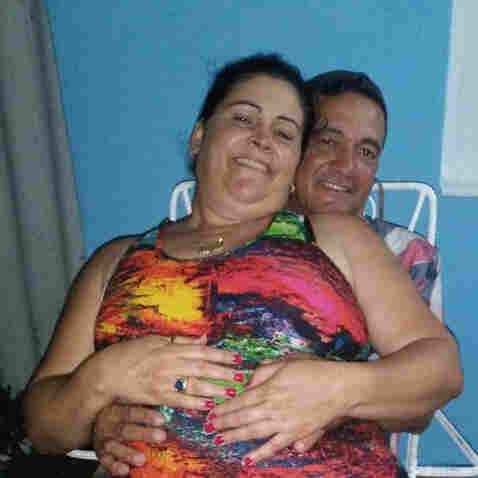 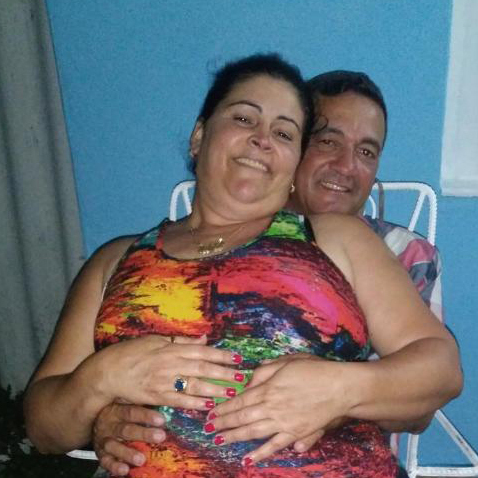 Yoel Alonzo with his wife, Midalis Rodriguez, who is a permanent U.S. resident.

And his plight is becoming more common. More than half of immigrants detained by U.S. Immigration and Customs Enforcement are housed in remote rural prisons, according to a new NPR analysis, about 52%. That number is increasing.

That is a mounting concern for those who advocate on behalf of immigrants, because detainees in rural areas are facing higher barriers to obtaining a lawyer, more likely to have their asylum cases denied and more likely to be deported to their home countries.

Alonso sought asylum in the U.S. last October, turning himself over to immigration officials in Laredo, Texas. He was soon moved to a rural detention facility in Pine Prairie, La., a four-hour drive from New Orleans and 1,000 miles away from his family.

"I had the chance to visit him [once] even though it was very far away," says Alonso's wife, Midalis Rodriguez, a permanent U.S. resident who lives in southern Florida with their two children.

In June, Alonso was transferred to another rural prison in Adams County, Miss., 100 miles from the nearest city of Baton Rouge.

"It's a very concerning trend that immigration detention is moving to rural areas, remote areas, where it makes it so much harder for a person in detention to get the support that they need," says Liz Martinez, a board member for Freedom for Immigrants, an immigrant rights group.

In fact, only a minority of detainees have lawyers at all. According to a 2015 study published in the University of Pennsylvania Law Review, only 14% of immigrant detainees have legal representation. Those in urban areas are at least four times more likely to have an attorney.

ICE, which currently detains 55,530 undocumented immigrants, declined to comment on that lawsuit. In an emailed statement, a spokesman said ICE considers proximity to airports, health care and legal resources when selecting facilities. He also says detainees have access to phones and video teleconferencing and can also meet with their attorneys during visiting hours.

But many immigration attorneys say in reality, there are lots of roadblocks: not enough phones, poor connections, little or no access to interpreters, and restrictive visiting hours.

For Alonso, who is 50, it has led to an excruciating wait. His health is failing; he has severe gout and was recently diagnosed with lung cancer. Alonso eventually found attorneys to take his case, pro bono; he is among a very tiny fraction of detainees able to secure such free legal services.

So far, he has been denied humanitarian parole twice. His wife says it has been extremely hard for the family.

"What more could a wife with a sick husband want, other than to be with him?" she says in Spanish. "At the very least, I want to offer him my support, and for my children to offer support."

Money appears to be one big reason such a large share of detainees are ending up in remote regions.

"Immigration detention spending has skyrocketed and the rural areas benefited from that," Eisen says.

Loyola University law professor Andrea Armstrong says she sees that happening across Louisiana. "When criminal justice reforms were enacted, that left empty beds that were ripe for contracting with ICE," she says.

Those contracts can be lucrative. The state pays local sheriffs $24.39 per day to house someone convicted of a crime. By comparison, the average daily rate ICE pays to house an immigrant detainee is five times as much — $126.52.

ICE confirmed it recently opened eight new detention facilities, seven of which are in Louisiana. All but one are in rural areas.

The detention center in Glades has been the subject of a number of complaints and lawsuits, alleging everything from misuse of pepper spray and solitary confinement to religious persecution. Lehner argues conditions are worse in rural facilities in part because there are fewer people present to witness what is happening.

"If there's lawyers going in and out, you would imagine that the people who are detaining the immigrants are going to behave in a more careful way," she says.

Deportation of immigrants held in remote facilities is also far more likely, because it's hard and expensive for detainees there to find attorneys to represent them in court, immigrant advocates say.

Immigration courts in rural areas deny many more asylum cases than those in cities, sending more detainees back to their home countries. Judges in rural immigration courts denied 87% of asylum cases, compared with 54% in urban areas, according to NPR analysis of data from 2013 to 2018 obtained by TRAC, a research project at Syracuse University.

"It is an issue, because it means if you have the bad luck of being detained and in a certain facility then you're almost guaranteed to be deported," says Romy Lerner, associate director of the immigration clinic at University of Miami's law school.

Mississippi detainee Alonso hopes to beat those odds. He is appealing his asylum case and hopes to reunite with his family.

Robert Benincasa contributed to this report.

NPR defined "rural" as those ZIP codes where more than 20% of the population lived in a rural area.

In previous audio and Web versions of this report, we said an ICE-contracted jail in Brooklyn, N.Y., lost heat during a cold snap in January. In fact, that facility no longer contracts with ICE and was not doing so at the time.