Accessibility links
Review: 'Cold Case Hammarskjöld' A Literally Incredible Documentary Conspiracy theories abound in this literally incredible documentary, in which an eccentric Danish journalist sets out to prove that Dag Hammarskjöld's 1961 plane crash was no accident. 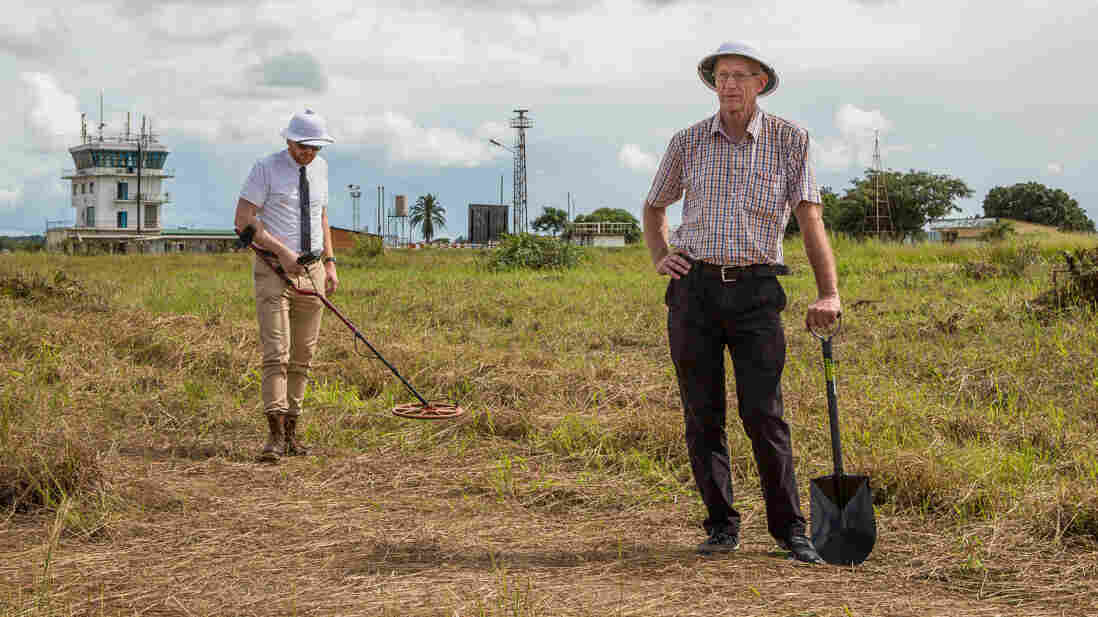 Danish journalist and TV personality Mads Brügger is on the hunt for evidence in this comic documentary about the 1961 death of United Nations Secretary-General Dag Hammarskjöld. Tore Vollan/Danish Film Institute hide caption 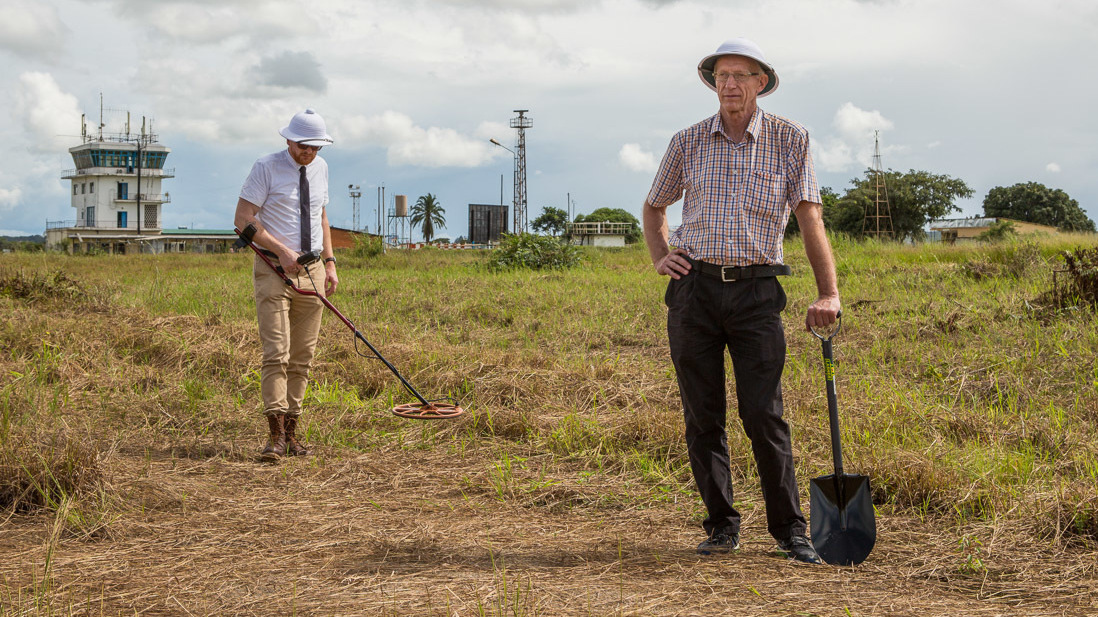 Danish journalist and TV personality Mads Brügger is on the hunt for evidence in this comic documentary about the 1961 death of United Nations Secretary-General Dag Hammarskjöld.

Unless you're of a certain age or a United Nations history buff, chances are you've never heard of Dag Hammarskjöld, the U.N.'s second secretary-general and a man noted for his commitment to protecting newly independent African nations from their colonial masters. Hammarskjöld's integrity earned him many corporate and Western state enemies, which is one reason why sabotage was suspected when his plane crashed in 1961 as it neared touchdown in the small town of Ndola, Zambia, then called Northern Rhodesia, killing him and most of the crew.

You won't learn a whole more about Hammarskjöld the man from Danish filmmaker Mads Brügger's satirically jovial inquiry into the crash, because it's not long before Cold Case Hammarskjöld lifts off into a docu-thriller that carries us deep into some frightening corners of global skulduggery. In the words of the director, who appears early and often as a goofy guide to his cheerfully ham-fisted process, the cause of Hammarskjöld's death was "either the world's biggest mystery, or the world's most idiotic conspiracy theory." If the latter, a deadpan Brügger apologizes up front. A while later, when the trail to Hammarskjöld's possible murderers seems to run cold, the director announces that he didn't much care about him anyway. All of which may give you some idea of this film's unsettling tonal weirdness and narrative unreliability.

How And Why People Come Up With Conspiracy Theories

Up to a point. Cold Case Hammarskjöld is really two conjoined mysteries, both so artfully constructed that there's no way to tell whether their chronology evolves organically or whether Brügger had his biggest surprises in hand from the beginning and withheld them so as to spring a full-blown horror thriller on us. The film begins as a tongue-in-cheek procedural about Brugger's "efforts," with Swedish private investigator Göran Björkdahl (who has a personal interest in the case), to dig up the plane's wreckage.

In a scene that plays out like a particularly demented episode of the British television mockumentary The Detectorists, Brügger brings on pith helmets and shovels, a metal plate with holes in it that may or may not be bullet holes. Balding and bespectacled with a trimmed ginger beard, the strenuously performative director dictates his progress on the case to two quizzical African secretaries whose commentary he solicits. Brügger appears dressed in white to mimic the unvarying garb of a "villain" who may or may not have had a hand in murdering Hammarskjöld. As Brügger tells it, the two sleuths stumbled on the "fictionalized memoir" of a shadowy South African who may have been a key operative in a secretive paramilitary organization with tentacles reaching to Hammarskjöld's plane crash. Either that, or he was barking mad. Or both.

All this docu-satire is amusing enough, though as gonzo journalism goes, it's mild stuff and a bit windy. Mercifully, just when you're ready to agree with Brügger's disclaiming admission that he's a lousy journalist and storyteller, the trail runs cold. Only then does the story roar back to sinister life, while the telling turns solemn. The memoir, along with the testimony of a host of other dubious customers, lead the two sleuths to the kind of source every reporter dreams of, a quietly sober man named Alexander Jones with haunted eyes and a stain on his conscience that he seems to want desperately to clear. As he talks, the information Brügger has already amassed reconstitutes itself on a broader, deeper landscape into a tale of racism and white supremacy, conspiracy to overthrow governments and infect whole indigenous populations with the AIDS virus.

Is Jones a credible witness? Given his own prosecutable involvement, he has little to gain and a great deal to lose by going on camera. The beans he spills tell an astonishing tale of the space provided by organized covert operations (that reach all the way to Britain's MI6 and the CIA) to crazed eccentrics who find a stage on which to play out their paranoid, self-mythologizing fantasies. Then again, given that we live in times when the truth is what powerful people say it is at any given moment, this sorry tale, which unfolded at the height of the Cold War, astonishes only in the sense that we can't blame it on the Internet.

And what of the man who may have died because he posed a threat to Western domination of the African continent? Early on in Cold Case Hammarskjöld, Brügger wonders, in his disclaiming way, whether Dag was a "boring Swedish technocrat" or "a flaming idealist." By the end of the film, he has answered that question and given us ample reasons to mourn the passing of a man who, had he lived, might have helped shape an Africa less vulnerable to plunder than the one we see today.