Accessibility links
Review: In 'End Of The Century,' A Hookup, Rehooked Julio Castro's tale of two men who hook up in Barcelona, only to realize they'd shared a similar encounter 20 years before, is full of big ideas bogged down by "mushy drama." 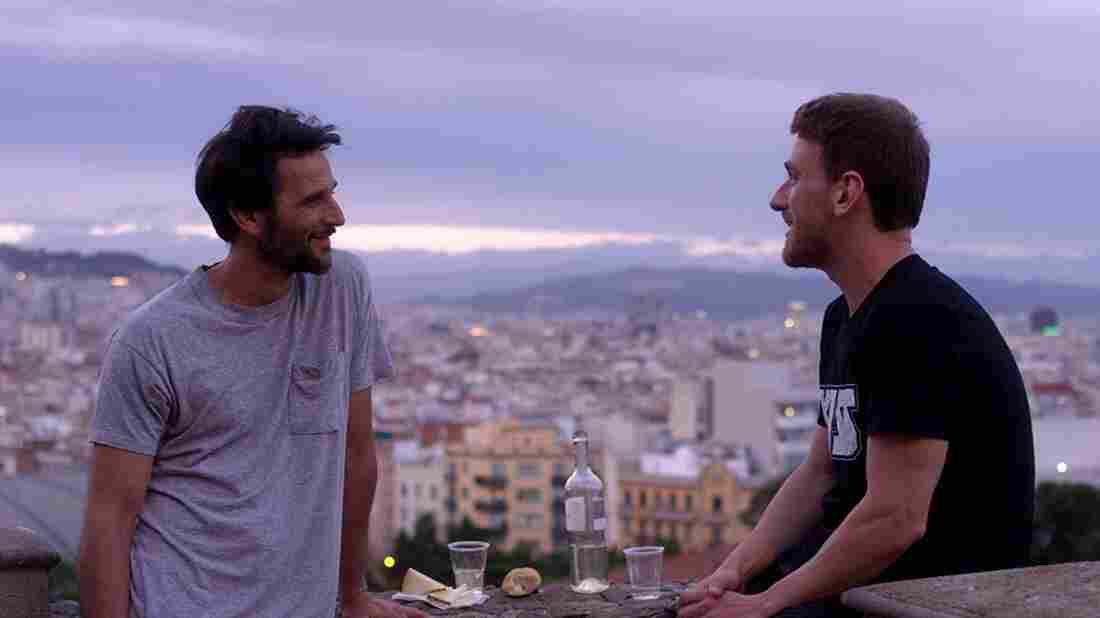 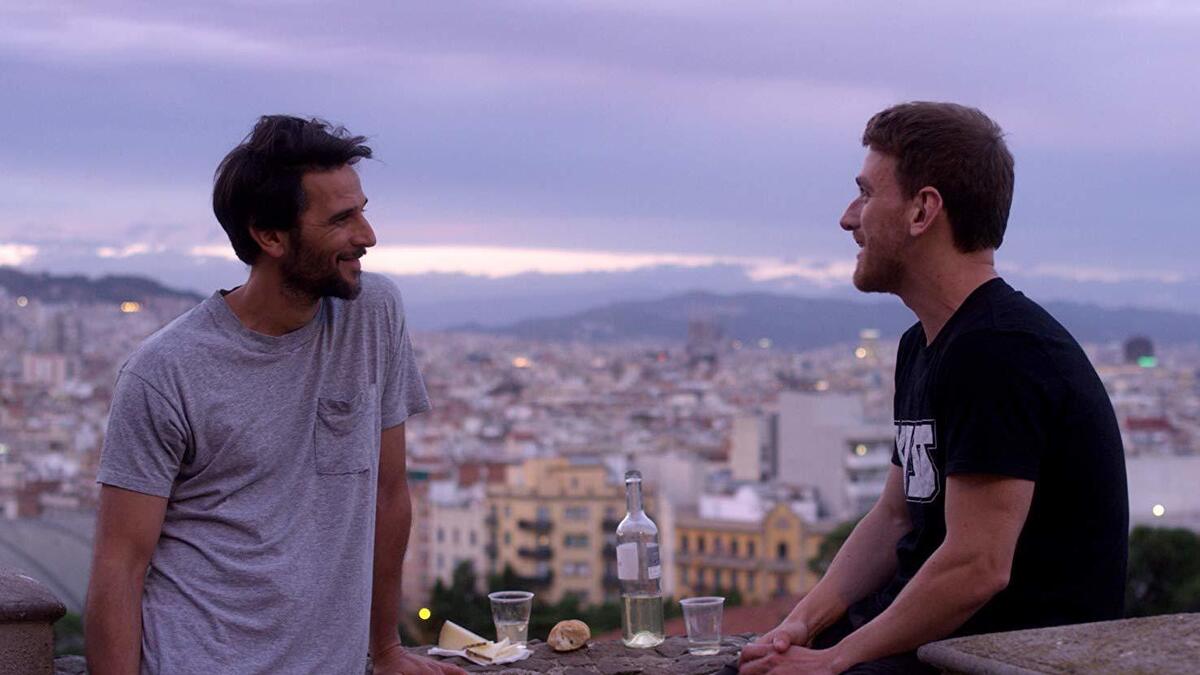 Two strangers uncover a mutual, lost history amid the heat of a Barcelona summer in Julio Castro's feature debut, End of the Century.

End of the Century, which features a sexual encounter between two men, Ocho and Javi, before they realize they had a similar encounter with each other twenty years prior, is about time: How it stretches, folds, circles back on itself and repeats. It's also about how our time here seems at once infinite and fleeting. And how, importantly, our time is irreversible. These are themes that, I imagine, lands on us harder and harder as we age.

We meet Ocho first, an Argentine living in New York and visiting Barcelona. He's a handsome man, a dead-ringer for musician/character actor Richard Edson, with a lanky frame and swooping black hair. He traverses the city alone, checks into an Airbnb alone, and scrolls through Grindr before giving up and sleeping alone. The next day, he sees Javi, a similarly aged Spaniard from Berlin, on the beach. Despite their mutual admiration, they miss each other until Ocho, looking out from his balcony, calls out in an attempt to bring Javi up to his Airbnb, "Kiss!"

It's written on Javi's shirt. But it may as well not be, because End of the Century is a frank movie, one concerned with big ideas, like space and time and sliding doors, and it's willing to let its characters hash out ideas. After having sex, Ocho and Javi spend time together talking through their lives — relationships, jobs, children. The ease with which they talk feels almost suspicious, until a comment by Ocho, who says he believes the two have met before, sparks a lengthy flashback to 20 years ago that confirms they did.

The flashback is the hook of the film, and what puts a new spin on the now-familiar narratives of hook-ups that linger for a touch longer than one night. It builds on the ideas in Barry Jenkins's Medicine for Melancholy and especially Andrew Haigh's Weekend. And it's an all-the-more urgent narrative twist given the history of transience in queer life. But these ideas — of time and space — are at odds with each other in the film.

This is why, despite its deliberate storytelling, End of the Century left me cold. After their encounter twenty years ago, Ocho lingers on Javi's mind. He splits with his girlfriend, her having discovered his affair, and lives as a gay man. Ocho, meanwhile, begins a twenty-year relationship that ends just before the present. And after their encounter in the present, Ocho looks wistfully off into the distance, imagining a life with Javi. But the sliding doors here don't exist — Ocho and Javi never had the opportunity to start a relationship. They don't make decisions; rather, they are the objects of circumstance. We see a tragedy, but it's not one that reveals anything new or interesting about its protagonists. (As a side note: I understand that social attitudes were, to put it mildly, antagonistic toward homosexuality in 1999, more so than today, and that starting an open relationship would not have an option for many at that time. But that's no excuse for mushy drama.)

Perhaps first-time feature filmmaker Lucio Castro should have followed the lead of cinematographer Bernat Mestres, who frames his characters navigating literal and figurative imposing structures in Barcelona: the angular staircases, the narrow hallways. They nicely complement Mestres's camera movements, mostly pans from a static vantage point, following Ocho and Javi as they traverse the city.

At the film's most explicit moment of clarity — just before we're snapped back into the present — Javi reads from a book as the words crawl across the screen. The writer decries destinations as death, and hails transitions as freedom. In this world, the philosophy makes sense: The commitments we make in our lives are paralyzing, and life is more vivid in transition. But in the movie, the crawl underscores its biggest problem: lofty ideas without enough to show for it.