Accessibility links
How Woodstock Changed The Little Town Of Bethel, N.Y. Fifty years later, the site of the Woodstock Music and Art Fair is on the National Register of Historic Places. For some who were there, it's a place of pilgrimage and memories. 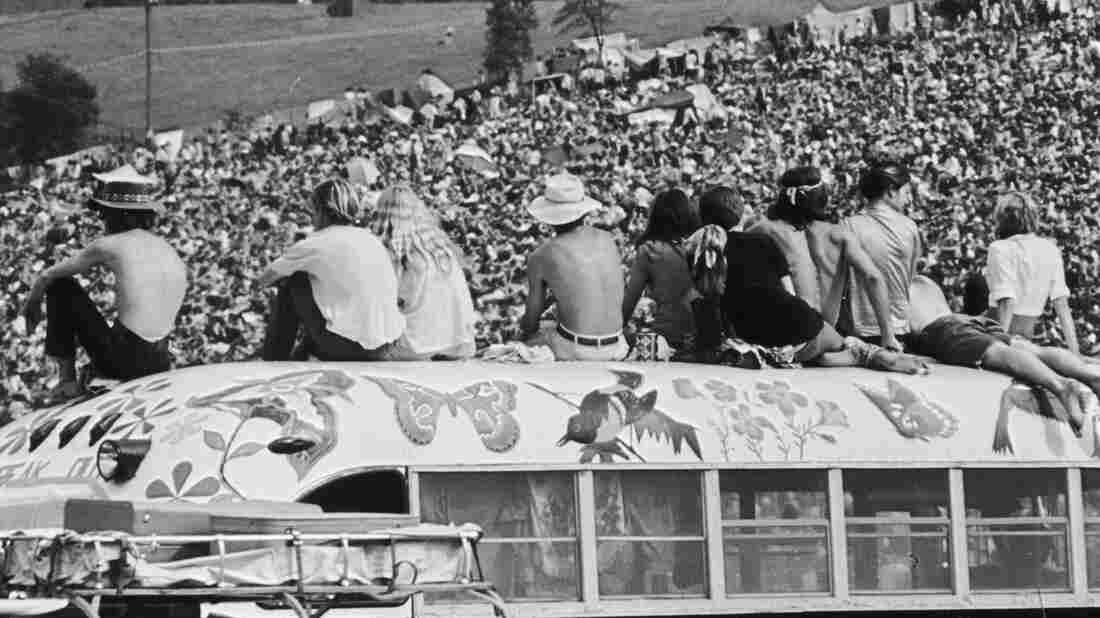 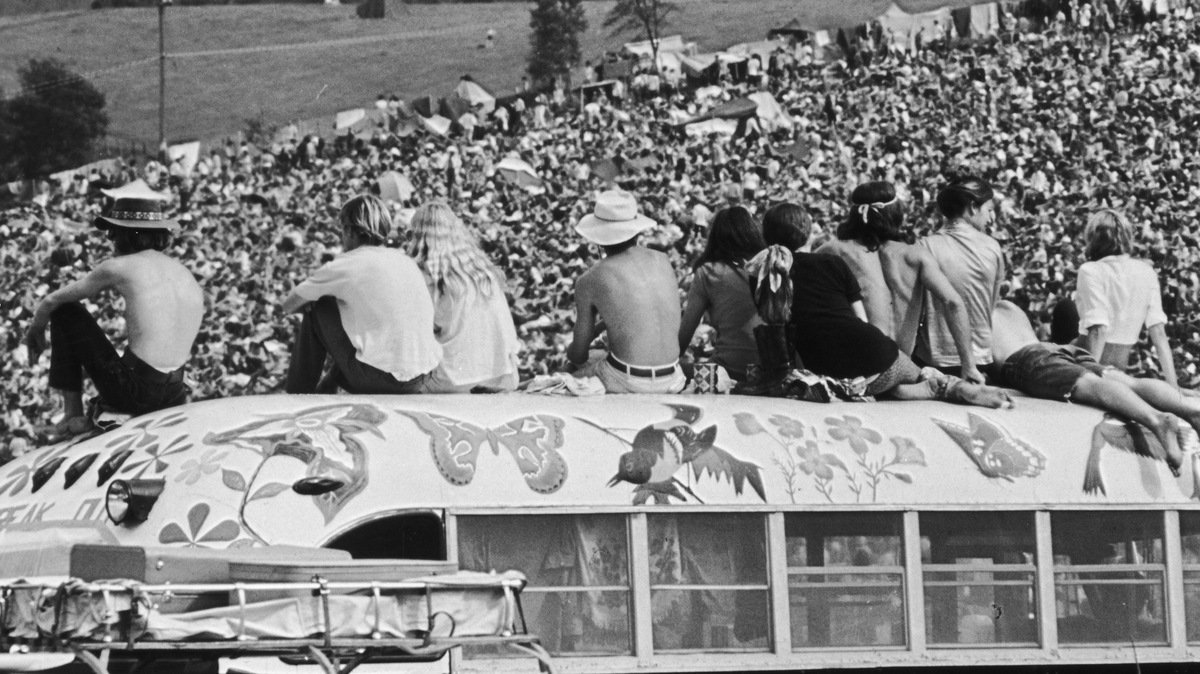 Fans sit atop a painted bus at the Woodstock Music Festival in Bethel, N.Y., in August 1969.

Fifty years ago, the tiny town of Bethel, N.Y., was transformed into a teeming city of more than 400,000 people brought together by peace, love and music. Today, the site of the Woodstock Music and Art Fair, as it was officially called, is on the National Register of Historic Places. For some who were there, it's a place of pilgrimage, memories and the site of a museum full of memorabilia.

"I remember that sign. A farmer put it out on the side of the road," Carl Porter says as he tours the Woodstock exhibition in the Bethel Woods Center for the Arts Museum, which sits on the actual site of the festival. Porter was 21 years old in 1969 and his leave from the service coincided with Woodstock. But as thrilled as Porter was to be there, lots of other locals weren't.

"It's actually an old porcelain tabletop that he scribbled that sign on to chase away the hippies," Porter continues. "It says, 'Local people speak out. Stop Max's hippie music festival. No 150,000 hippies here.' "

(The sign refers to Max Yasgur, the owner of the dairy farm where Woodstock took place.)

John Sebastian wasn't scheduled to perform at Woodstock, but he decided to go anyway. He had heard that getting there by car was impossible, so he hitched a ride in a helicopter and got a view that has become iconic. "It's all sleeping bags and Volkswagen buses and little tents," Sebastian says. "It was astonishing; I'd never seen anything like that."

In the midst of that sprawl of people stood Bobbi and Nick Ercoline, the couple whose image was used for the cover art of the 1970 live album, Woodstock: Music from the Original Soundtrack and More. 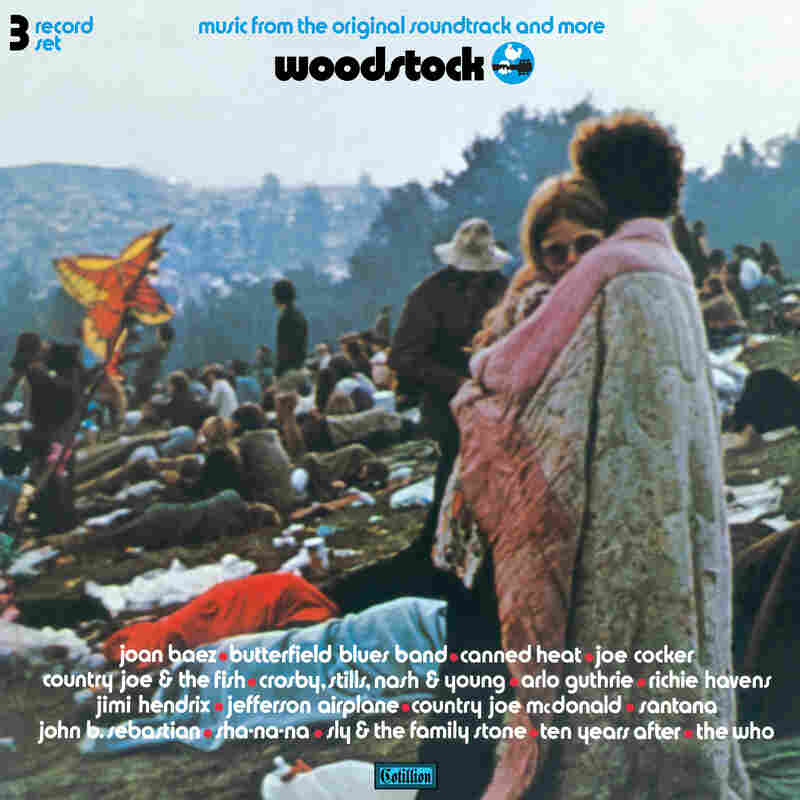 The album cover to the original soundtrack of Woodstock. Courtesy of the label hide caption

toggle caption
Courtesy of the label

"Our intent was just to go up and check it out, see what all the hubbub was and be home so I could go to Mass the next day on Sunday," Bobbi says. "That didn't happen."

As the Ercolines tell it, they were expecting "a party," but they weren't prepared for what was in store.

"We were very excited," Bobbi remembers. "So we brought beer, wine and a little weed, but nothing else. No food, no change of clothes, nothing to sit on. In fact, we picked the blanket up that we are photographed in on our way into the site."

That famous image on the cover of the Woodstock album shows a young couple enveloping each other, wrapped in a blanket. An original print of the image usually hangs near the long-married couple's dining room table, not so far from the Bethel Woods Center for the Arts, where it is currently on display.

"I'm just very grateful to be a very small part of Woodstock," Bobbi says. "There's a lot of sadness and viciousness and selfishness in today's world and there was none of that at Woodstock."

Sebastian still lives about an hour and a half away from Bethel and says he doesn't feel like Woodstock happened five decades ago. "In many ways, it's an experience you carry with you your whole life," he says.

Hear the full aired story at the audio link.