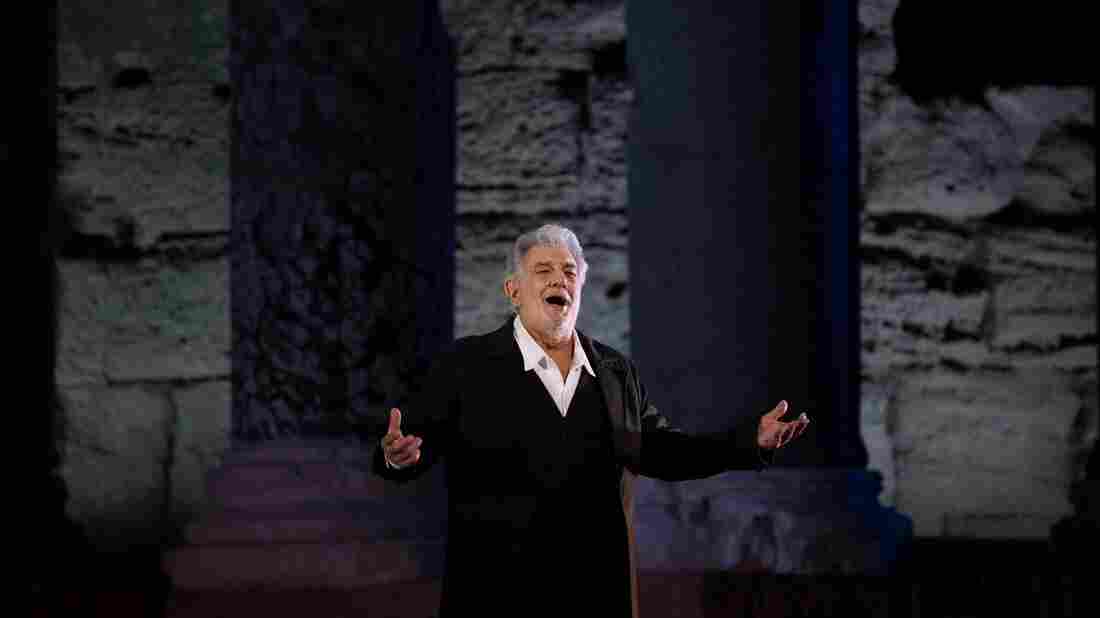 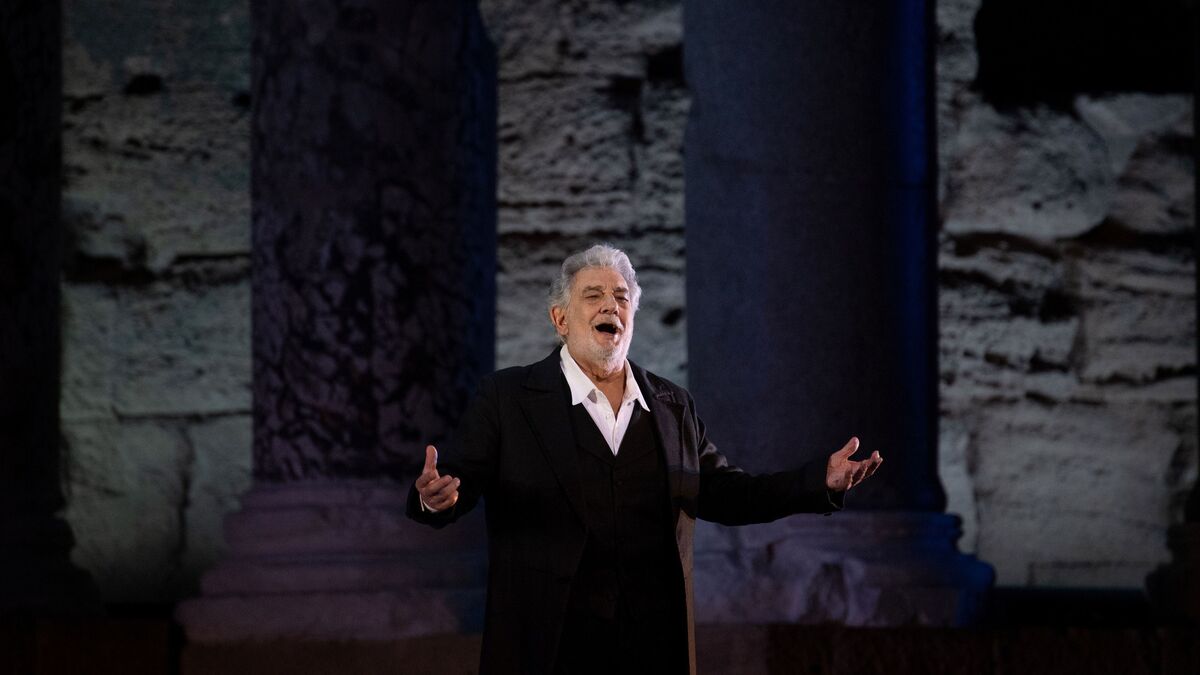 Plácido Domingo, 78, performs onstage during the dress rehearsal of "Spanish Night" at the 150th Choregie in Orange, France, in July.

On Monday, The Associated Press reported that as many as nine women were accusing revered opera star Plácido Domingo of sexual harassment over decades. Domingo has adamantly denied the allegations. The LA Opera, where he is the general director, announced it would hire an outside firm to investigate the accusations.

Patricia Wulf, a retired opera singer who worked with Domingo at the Washington National Opera 20 years ago, is one of the women who have accused Domingo of harassment and is the only woman who has publicly attached her name to the accusations so far. Wulf spoke with NPR's Ailsa Chang about her encounters with Domingo over that time period and the allegations raised against him.

Ailsa Chang: Can you tell me about the first time you felt uncomfortable with Domingo?

Patricia Wulf: Yes. It was — the most uncomfortable time was when I would come offstage and he was waiting in the wings. He was not in the opera, by the way. And he would come right up to me, very close to my face, and ask me, "Patricia, do you have to go home tonight?"

Implying he would like to spend the evening with you.

That's what I took it to mean, yes.

And was there a part of you back then, when these encounters were happening, where you thought, "OK, this is just how the world works. I know this. This is just business as usual."

I never thought it was business as usual. I do know that I remember thinking, "I know that this happens." I never thought it would happen to me, and it was absolutely shocking to me. I remember, the first time it happened, kind of stepping back a little bit from him, and kind of giggling a little, thinking, "This isn't really happening, is it? I'm working." And then of course I said [to him], "Yes, I have to go home."

About how many encounters like this did you have with him over the years?

And at any point, did he ever inappropriately touch you?

No, no. I think he knew better. [Laughs]

I can imagine someone listening to your story and saying, "Well, he never laid a hand on you." But you clearly were afraid of him. Can you explain why? What kind of figure in the opera world was Plácido Domingo to you at that time?

Oh, he was like a god to me, and to all of the singers. I mean, you train for eight to 10 years to get to that level, and you finally somehow get there — and to have that happen, it was mind-boggling.

And yes, I did fear him. The gentleman who is one of my witnesses came up to me, after about the third time he saw this happen — he saw the pressure Domingo put on me — and he said, "Patricia, I see what's going on. I see how uncomfortable you are. If you want, we can go to the GM and complain about this. I'll stand up for you." And I said, "You know, they aren't gonna get rid of him — they're gonna get rid of me. And I like this job. I need to work. I've worked hard to get here." So, at that point I decided, I'll just avoid him as much as I can. I'll hide from him; I'll go back to the garage a different way.

And did you suffer any professional consequences by rebuffing him over and over again?

No, I didn't. I didn't suffer anything careerwise. In fact, it was interesting: He and the company kept hiring me. And that was great — I sang in [The Magic] Flute, I sang in Fedora, I sang in Don Carlo. ... In fact, in Fedora, I remember asking one of the other leads, "How do I stop this? How do I get him to stop bothering me?" And the woman said, "You just keep saying no. And he will eventually stop."

And he did, in your case.

By Don Carlo, yes, he had slowed down considerably: It still happened, but not nearly as much. Plus, I was playing a boy and I didn't look nearly as fetching as I did earlier [laughs].

You have talked to The Associated Press, to CBS, and now you're talking to NPR. Why did you decide that now was the right time to come forward about something that happened almost two decades ago?

I teach voice. And if a student wants to pursue an opera career, I feel like it's my obligation to let them know what can happen, and what is happening in this field. I hope that it can give a young woman the strength and the courage to just say no to them. You don't have to give in to that. It's not going to help your career. It's not going to make you feel better about yourself. Feeling better about yourself will come when you have the strength to say no.