Accessibility links
StoryCorps: Transgender Woman Recalls Coming Out To Her Family In The 1960s In the late 1960s, Elizabeth Coffey-Williams' family kicked her out after she told them that she was transgender — before many knew what that meant. A little brother's embrace welcomed her back. 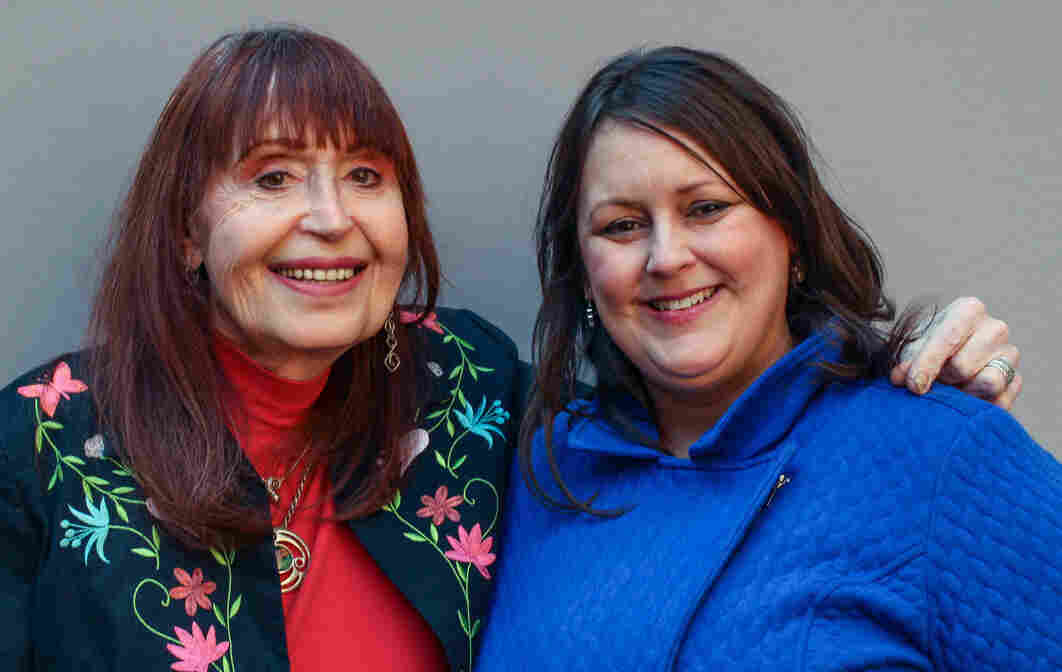 During their StoryCorps interview in April, Elizabeth Coffey-Williams (left) told her niece, Jennifer Coffey (right), about how her loving family did not understand what being transgender meant. "My parents were afraid, well, you know, this might be contagious," she said. Jud Esty-Kendall hide caption 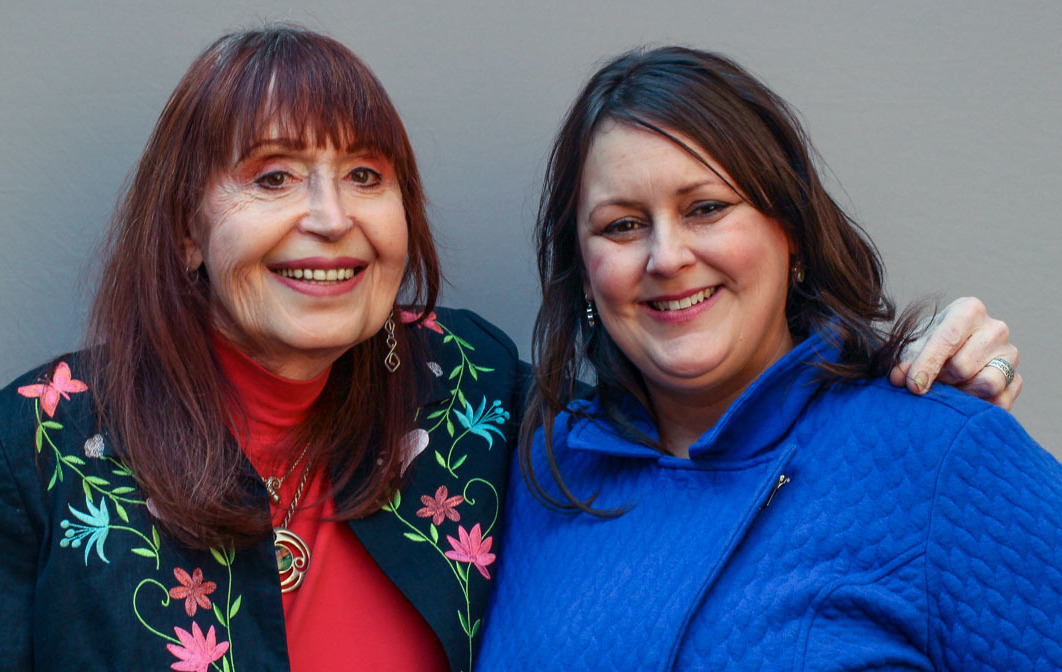 During their StoryCorps interview in April, Elizabeth Coffey-Williams (left) told her niece, Jennifer Coffey (right), about how her loving family did not understand what being transgender meant. "My parents were afraid, well, you know, this might be contagious," she said.

When Elizabeth Coffey-Williams first came out to her family as transgender in the late 1960s, the language of gender identity wasn't what it is today.

"A lot of the words that they have today, like transgender and non-binary, they didn't have them," Elizabeth, who was in her early 20s at the time, told her niece Jennifer Coffey in a recent StoryCorps interview.

"All the fruits and nuts were already on the tree, they just hadn't been assigned names," said Elizabeth, now 71. "So, attempting to tell your extraordinarily loving blue-collar parents that you were transgender was tantamount to telling them I was from Jupiter."

Her family lived in Philadelphia, and her parents sent her across town to live with a relative.

"My parents were afraid, well, you know, this might be contagious," Elizabeth said. "And, at that point, my parents were telling the rest of the family that I had just gone."

"That's got to be traumatizing," 42-year-old Jennifer said.

Elizabeth said she didn't see her younger brothers or sister for about five years. "I would call, my mother would let me talk to them on the telephone, but I couldn't come home," she said.

By then, Elizabeth had moved to Baltimore, where she heard that nearby Johns Hopkins Hospital had begun performing gender confirmation surgeries.

She turned up at the clinic ready to sign up for the procedure, which was then known as "sex reassignment surgery."

But it wasn't that simple.

Transgender Boy Finds His 'Bros,' And Himself, At Camp

"They said, 'That's not how it works. We have a whole program that you have to go through.' "

Elizabeth did complete the program, and in 1972, successfully underwent the surgery.

"Later on, my mother sat the kids down and told them the truth — the big secret," Elizabeth told Jennifer.

After her siblings learned about their sister, Elizabeth got an unexpected knock on her door.

Her little brother, Billy, about 11 years old then, was standing in the doorway.

A tearful Elizabeth hugged her smiling brother. "Was he ashamed of me?" she thought. No, she said, "he wanted me back."

"When I opened that door, all I can say is it was like my heart was exploding, and I was going to have family again," she recalled.

Her brother's visit was a big step for her family, she said, who now recognize her as a woman.

Today, Elizabeth lives in downtown Philadelphia in an LGBT-friendly building for seniors, where she's surrounded by people who accept her, too.