Accessibility links
NPR Review: 'Drive Your Plow Over The Bones Of The Dead' Olga Tokarczuk's novel, first published in Polish in 2009, follows an eccentric recluse in a village on the Czech-Polish border who's convinced she knows why dead bodies keep turning up around her. 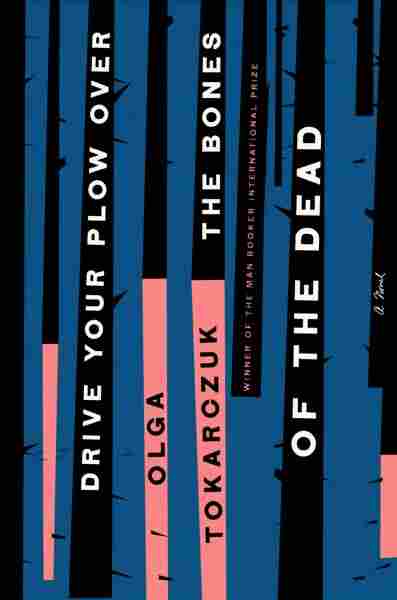 Drive Your Plow over the Bones of the Dead

Two things stand out about Olga Tokarczuk's novel Drive Your Plow Over the Bones of the Dead. The first is that the book, first published in Polish in 2009 and newly translated by Antonia Lloyd-Jones, doesn't seem dated in the slightest; in fact, it fits rather well into much more contemporary literary concerns about nature and the impact humans have on it, and the cruelty of hunting and killing animals (Lauren Groff's wonderful Florida comes to mind).

The second is that it is tempting to summarize the entirety of the narrative — a whodunit! — as saucier than it is actually is; tempting, but also very wrong. Tokarczuk is fundamentally a portraitist, a writer with a keen sense for sniffing out the incongruities that make a person — on display in her much-lauded novel, Flights, and here. Should she happen upon a whodunit, great!

Here, Tokarczuk's protagonist is Janina — an aging astrologist who lives in a secluded Polish village right on the Czech-Polish border, who spends her time pontificating in capitalizations (Mankind, Darkness, or Perpetual Light) and translating the poetry of one William Blake. Naturally, everyone around her thinks she's an anarchic crank. It's easy to invest in Janina, so thoroughly imagined is she as a character; even easier to hope that she's right in thinking the dead bodies turning up all around her are acts of revenge — by animals, on the local hunters.

Tokarczuk is fundamentally a portraitist, a writer with a keen sense for sniffing out the incongruities that make a person.

Janina's story suffers from a general sense of lassitude in its first third — a result of frustrated expectations brought on by an exaggeratedly-pulpy cover blurb. But Tokarczuk also pulls off some nigh-impossible feats. To get a reader to believe even fictitiously in the power of Janina's astrological readings requires a sense of staunch belief that she is indeed onto something. And in doing so, the story has Janina, and the reader, hitting the limits of capability, of believability, even a real and tangible limit — like a national border. There's an extended metaphor, for instance, wherein the Czech-Polish border indicates Janina's sense of restriction. After a neighbor winds up dead, Janina pulls out her cell phone to call the police: "Soon after an automated Czech voice responded. That's what happens here. The signal wanders, with no regard for the national borders ... its capricious nature is hard to predict." Later, Janina treads to and fro along the border, as if testing out the limits of sovereignty. Limits are at the heart of the matter here — the selective limits placed on some human lives, like the elderly Janina, and not others, like voracious village hunters.

The friction generated between Janina and the hunters powers the entire narrative. When one hunter reassures an irate Janina that he and his friends are "simply" shooting pheasants, she feels "a surge of Anger, genuine, not to say Divine Anger ... There was a fire burning within me, like a neutron star." For Janina, the killing of innocent creatures is murder, and even if you don't quite share the depths of her anger, you are likely to understand it. How could one not sympathize with a woman so thoroughly thwarted in protecting animal life? Shortly after her run-in with the hunters, she sits in her car and weeps "out of helplessness ... I pressed my face against the steering wheel. The horn responded sadly, like a summons. Like a cry of mourning." Which is one way of saying: Even if you don't believe hunting isn't a moral transgression, Janina is a sympathetic person — and, despite her loosey-goosey spiritualism, persuasive too. As far as Drive Your Plow into the Bones of the Dead is a paean to nature, it works precisely because it works solely through the character of Janina, sidestepping a more sweeping polemic.

And there is a polemic — or at least a lament — hidden in the subtext: Drive Your Plow Over the Bones of the Dead is a sort of ode to Blake (whose verse opens each chapter, and whose verse Janina translates — in one hysterical sequence, three different ways: "a complicated form of Scrabble"). Blake: the philosopher and poet so preoccupied the respecting the innocence of the natural world. And in tying Janina with Blake so closely, Tokarczuk manages to link Blake's sharp indictment of human encroachment into nature with Janina's horror at the hunting and killing of animals, and the creep of human corruption into the Polish wilderness.

And ultimately, the novel is a lament for the lonely, dismissed Janina too. "What have you done in life?" a man asks Janina. And she's left speechless. "For people of my age," she thinks, "the places that they truly loved and to which they once belonged are no longer there. The places of their childhood and youth have ceased to exist ... And if their outer form has been preserved, it's all the more painful, like a shell with nothing inside it anymore. I have nowhere to return to. It's like a state of imprisonment. The walls of the cell are the horizon of what I can see."

That there may not be a clean answer to the question is a gift of its very own. After all, perhaps Blake's philosophical grandiosity is just as potent as the old woman who knows all about the limits placed on her, and rails against them nonetheless.

Kamil Ahsan is a biologist, historian and writer based in New Haven. He is an editor at Barrelhouse and his work has appeared in the Los Angeles Review of Books, The American Prospect, Salon and Chicago Review, among other places.