Accessibility links
Marium, The Dugong Who Charmed Thailand, Dies After Ingesting Plastic Marium became an Internet hit as people marveled over videos of her being cared for by scientists in Thailand. An autopsy revealed plastic pieces in her intestines. 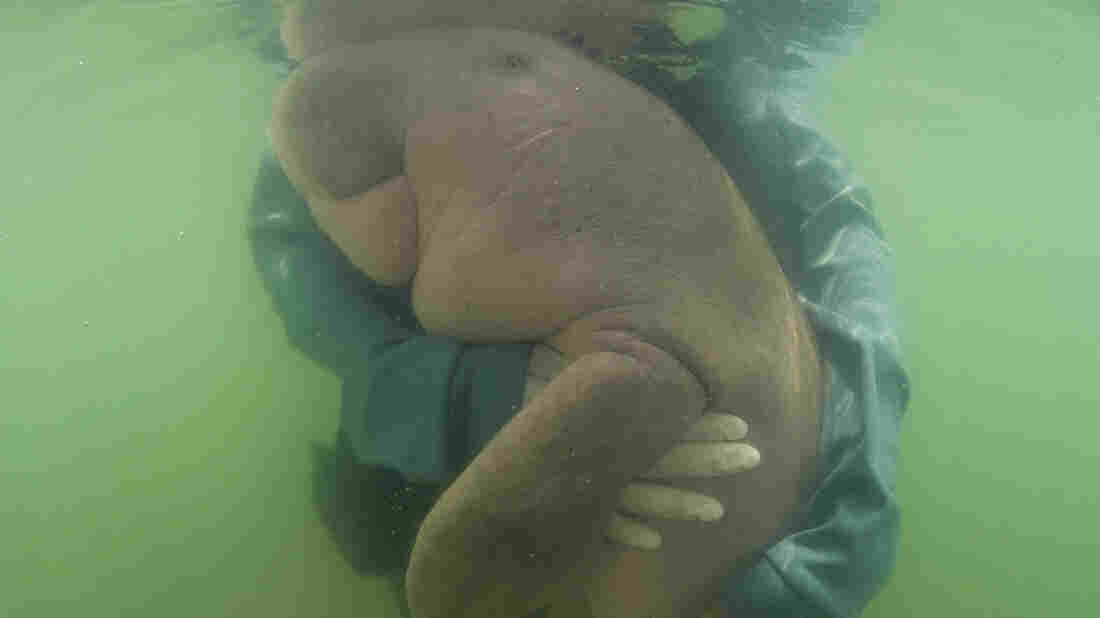 Marium, a lost baby dugong, gets a hug from an official of Thailand's Department of Marine and Coastal Resources. The 8-month-old mammal, who captured hearts online, died after biologists believe she ate plastic waste. Sirachai Arunrugstichai/AP hide caption 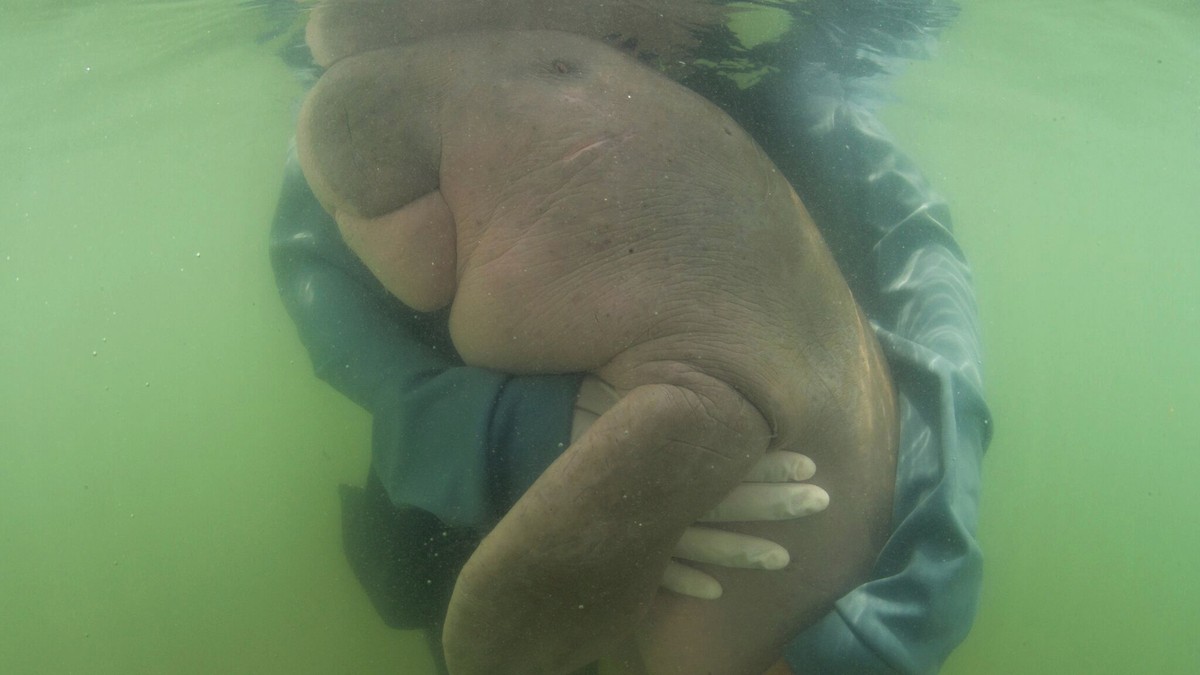 Marium, a lost baby dugong, gets a hug from an official of Thailand's Department of Marine and Coastal Resources. The 8-month-old mammal, who captured hearts online, died after biologists believe she ate plastic waste.

Marium, an orphaned dugong cared for by biologists in southern Thailand, had what it takes to win over the Internet. Few could resist pictures and videos of the button-eyed mammal being fed sea grass and bottled milk and even being cuddled by her caregivers, all while seeming to wear a satisfied smile.

But it seems 8-month-old Marium fell victim to another modern-day phenomenon: the growing presence of plastic in the water. An autopsy performed Saturday found numerous tiny plastic pieces in her intestines, according to Thailand's Department of National Parks, Wildlife and Plant Conservation.

Dugongs are marine mammals related to the manatee that graze on sea grass in warm, shallow waters from East Africa to Australia. Their population is already threatened by habitat loss from water pollution and coastal development, according to the World Wildlife Fund.

Marium was found motherless near a beach in southern Thailand in April. For months, veterinarians and volunteers would paddle out to her in canoes, feeding her multiple times a day and giving her checkups, reports The Associated Press.

Regularly updated videos, including one of her being sung to tenderly, allowed Marium's fans to keep up with her progress, and she became a symbol of Thailand's conservation efforts.

But last week, her caregivers found her listless and bruised, reports the AP.

In addition to Marium eating plastic, biologists believe she was pursued by an overly aggressive male during the mating season.

"We assume she wandered off too far from her natural habitat and was chased and eventually attacked by another male dugong or dugongs," Jatuporn Buruspat, director-general of the Department of Marine and Coastal Resources, told the AP.

She was brought to an enclosure for treatment, but her condition worsened. A team of veterinarians tried for hours to revive her but to no avail. Marium was declared dead just after midnight on Saturday.

Nantarika Chansue was among the veterinarians who helped care for Marium, and she shared her heartbreak over the death in a Facebook post. "I used to hug you," she wrote, alongside a picture of her embracing the animal.

The Department of National Parks, Wildlife and Plant Conservation implored people to learn a lesson from Marium's death and think twice about the accumulation of garbage in the world's oceans.

Scientists say some 8 million metric tons of plastic are entering the ocean every year.