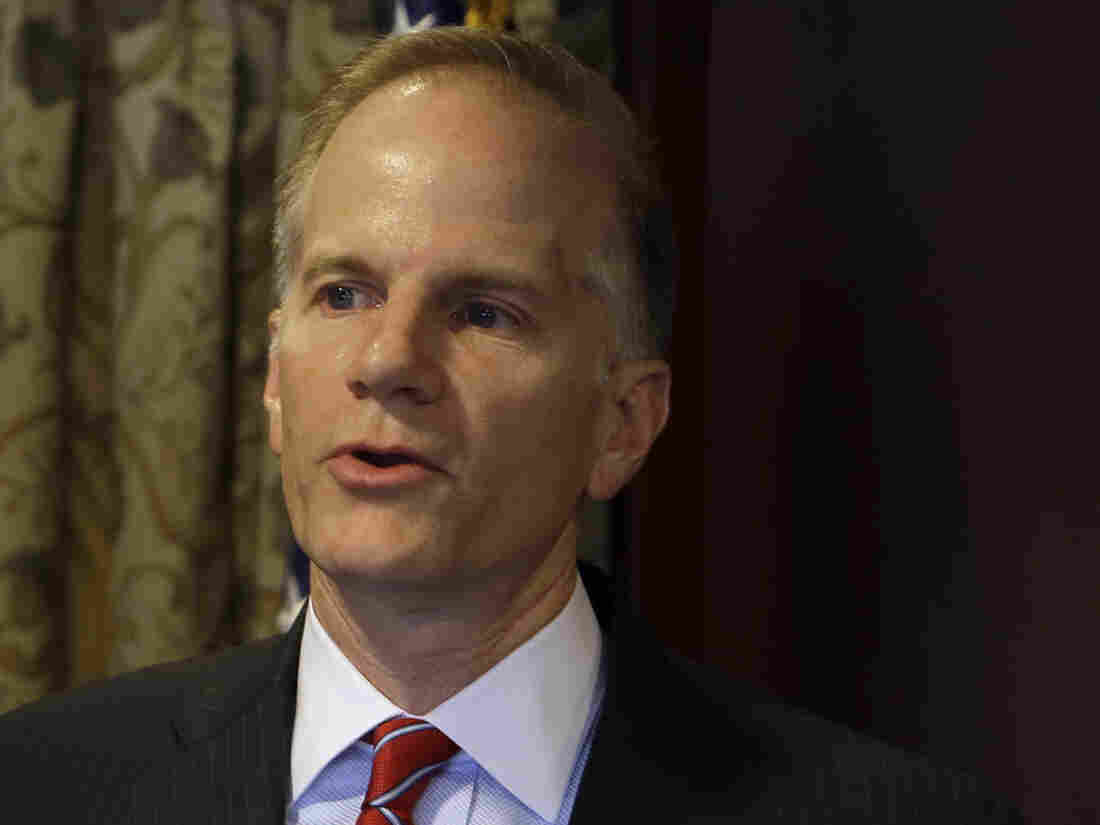 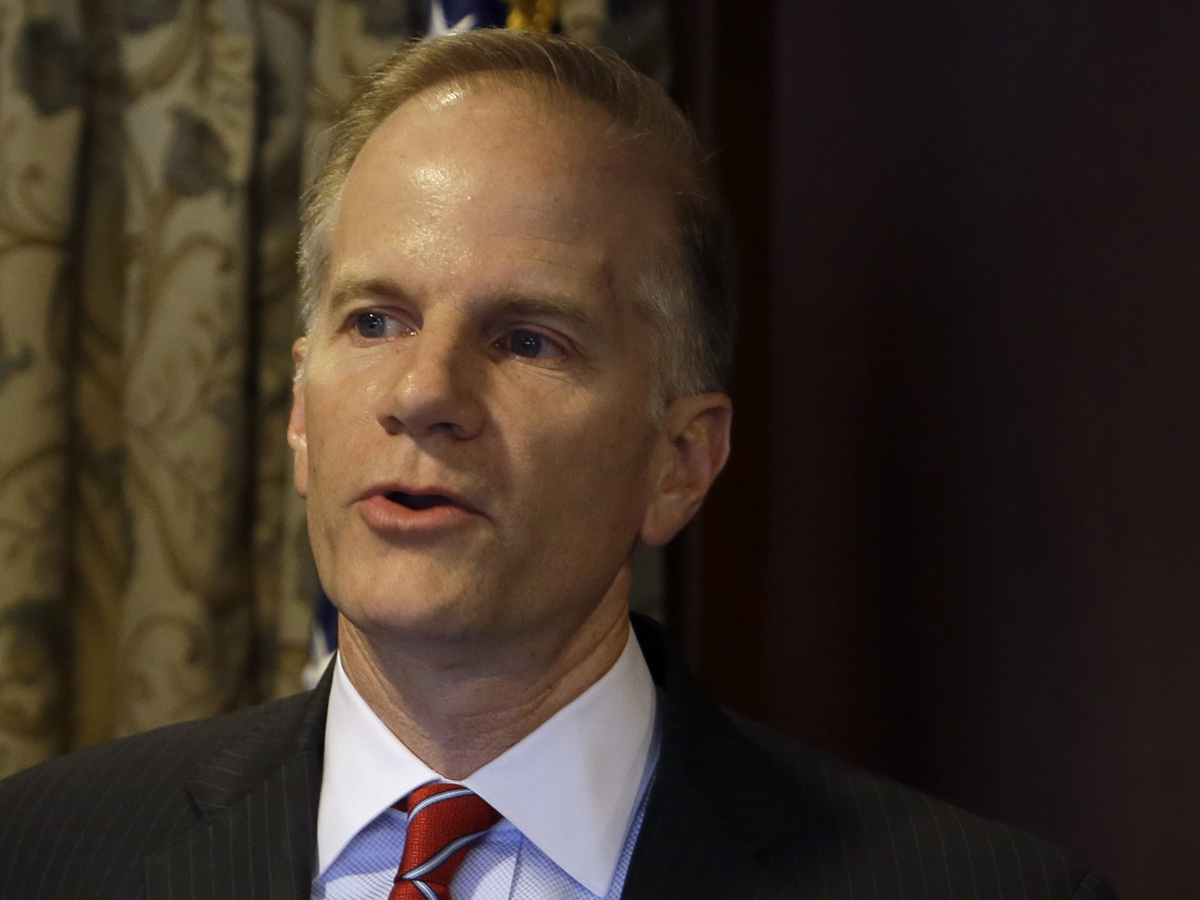 U.S. Attorney William McSwain criticized Philadelphia's district attorney for fostering what he called a "new culture of disrespect for law enforcement" after a gunman shot six officers during an hours-long standoff with authorities.

The shooting of six police officers in Philadelphia earlier this week has provoked the region's top federal prosecutor to take swipes at the city's district attorney.

William McSwain, who was appointed by President Trump to serve as U.S. attorney for the Eastern District of Pennsylvania, released a blistering statement on Thursday attacking District Attorney Larry Krasner for promoting what he called a "new culture of disrespect for law enforcement."

McSwain said the hours-long standoff between the gunman and police was precipitated by "a disrespect so flagrant and so reckless that the suspect immediately opened fire on every single officer within shooting distance."

Since winning office in 2017, Krasner has attracted praise — as well as some pushback — for his record as one of the country's boldest progressive district attorneys. Krasner has been charging fewer defendants with crimes, de-emphasizing low-level offenses and railing against police misconduct.

It's a record that McSwain said has left him "fed up."

"This vile rhetoric puts our police in danger. It disgraces the Office of the District Attorney. And it harms the good people in the City of Philadelphia and rewards the wicked," McSwain said.

The tension between the two prosecutors has been brewing for months, but the dramatic confrontation between the shooter and police on Wednesday pushed McSwain, a former Marine sniper, to make his most forceful comments to date against Krasner, who was a civil rights lawyer before becoming district attorney.

McSwain accused Krasner of creating "lawlessness" in Philadelphia, claiming that federal prosecutors have pursued 70% more violent crimes this year as a direct response to Krasner's backing off prosecutions.

"It is now time for the District Attorney and his enablers to stop making excuses for criminals. It is time for accountability. It is time to support law enforcement and to put the good people of this City first," McSwain said.

In a statement to NPR, Krasner said he was surprised McSwain "would seek to detract from the great collaborative work of law enforcement," saying McSwain was acting "for his own political agenda and personal gain."

After Krasner's first year in office in 2018, overall violent crime dropped about 5% from the previous year, according to figures from the Philadelphia Police Department. But city statistics show that homicides did rise 12% from 315 in 2017 to 353 in 2018. Police officials blamed the opioid crisis for fueling the surge in killings.

Nonetheless, the police standoff in North Philadelphia this week that was captured live on national television renewed the fight between McSwain and Krasner.

Six officers were wounded when gunman Maurice Hill fired off more than 100 rounds at police in North Philadelphia. Over the course of the confrontation, in which Hill barricaded himself in a home, Krasner and Philadelphia Police Commissioner Richard Ross personally spoke to Hill on the phone and tried to negotiate with him. Eventually, police deployed tear gas, leading Hill to surrender.

After Hill's arrest, McSwain said federal prosecutors were not confident Krasner would take the case seriously, telling reporters that he was providing "some adult supervision" to Krasner's office as it mulled charges against Hill.

On Saturday, Krasner's office charged Hill with attempted murder, aggravated assault, recklessly endangering another person and other counts. If convicted, Hill, who has a lengthy criminal record, could spend the rest of his life in prison.

The dust-up between the prosecutors is far from the first battle between them.

Krasner supports a supervised injection site in Philadelphia, a facility where those struggling with opioid addiction can inject illegal opioids under medical supervision. Top officials from 13 states are supporting Philadelphia's efforts in trying to open the country's first injection site as a way of curbing deaths associated with the opioid crisis. McSwain has sued to try to block the site from opening, calling the effort "in-your-face illegal activity." City leaders say the sites would be places where users can obtain medical supervision and treatment.

In a rare move in February, McSwain's office intervened in a firearms case in which Krasner had negotiated a plea bargain that McSwain deemed too lenient.

"The Philadelphia District Attorney's Office isn't putting fear into the hearts of anybody who is contemplating a life of violent crime," McSwain said in announcing federal charges in a separate case Krasner's office had originally handled. "Instead, what's even worse, is that the District Attorney's Office is putting fear into the hearts of law-abiding citizens who have to deal with the terror of homicide and other violent crime in their neighborhoods."

McSwain's latest comments about Krasner came the same week that his boss, U.S. Attorney General William Barr, spoke in front of the Fraternal Order of Police, blasting the new class of reform-minded district attorneys as "anti-law enforcement DAs." Barr said these officials "spend their time undercutting the police, letting criminals off the hook, and refusing to enforce the law."