Accessibility links
One Word Builds A World In 'La La La For her new book, author Kate DiCamillo gave illustrator Jamie Kim a challenge: A manuscript with only one word, "la." And Kim created a story of a lonely young girl who makes friends with the moon. 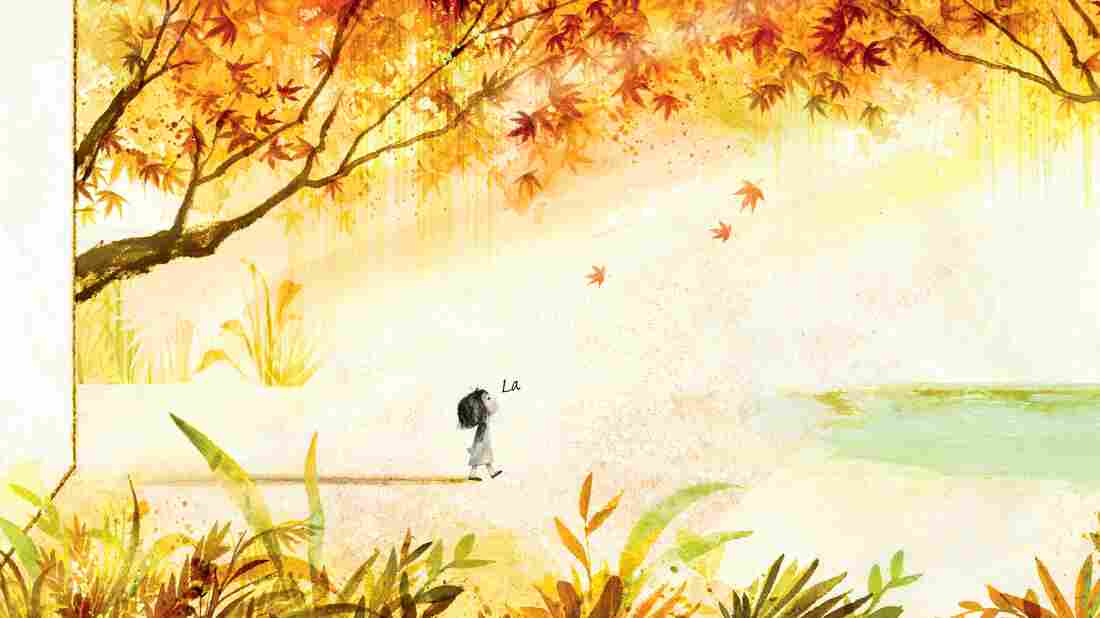 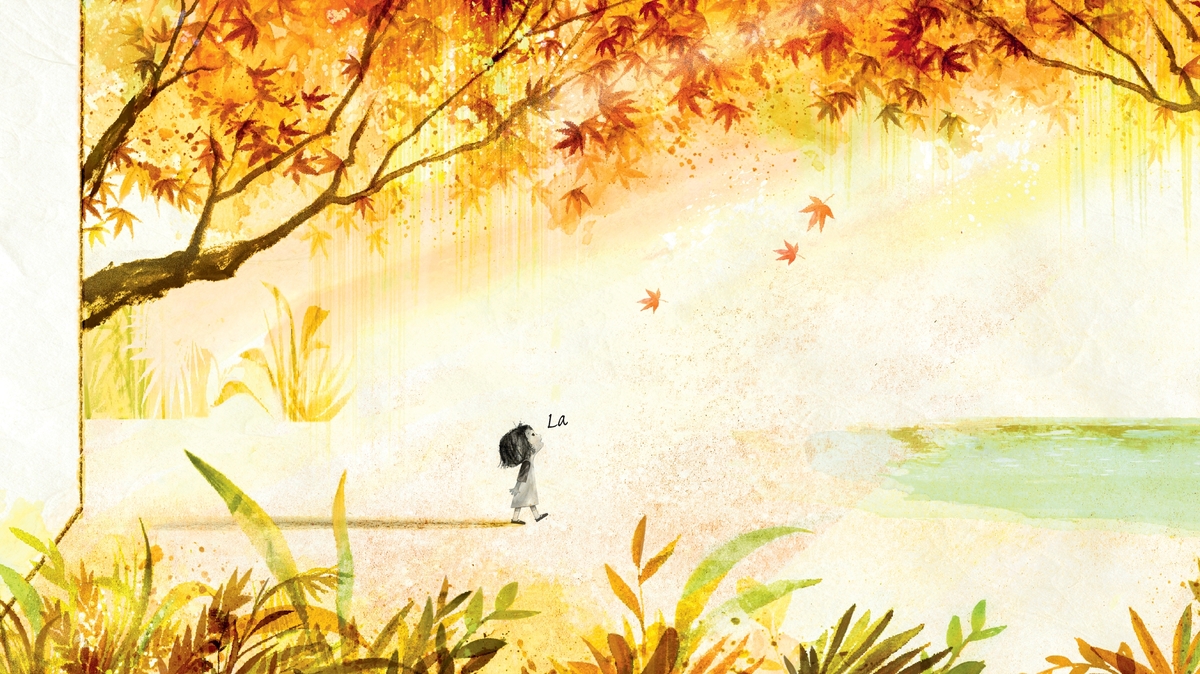 In the beginning of La La La, a little girl wanders around the pages of the book singing to herself. She's alone — and lonely — until she finds an unlikely friend: the moon. 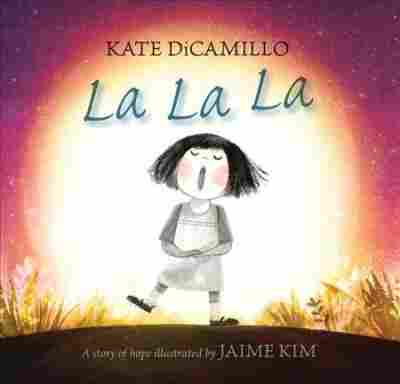 A Story of Hope

by Kate DiCamillo and Jaime Kim

It's illustrated by Jaime Kim and authored by Kate DiCamillo, who has written dozens of children's books, including The Tale of Despereaux and the Mercy Watson series about an adventurous piglet.

"It is true that in the 20 years that I have been doing this, I have literally never met or talked to the artist until the book is done," DiCamillo says.

This summer we're asking authors and illustrators how they work together — or separately — to translate words into pictures. Or in this case, word singular, because for La La La DiCamillo gave illustrator Jaime Kim: A challenge a manuscript with exactly one word. "The only word in this is 'la,' and I don't even know if that counts as a word," DiCamillo says. "I guess it does. If you're playing Scrabble it's officially a word." 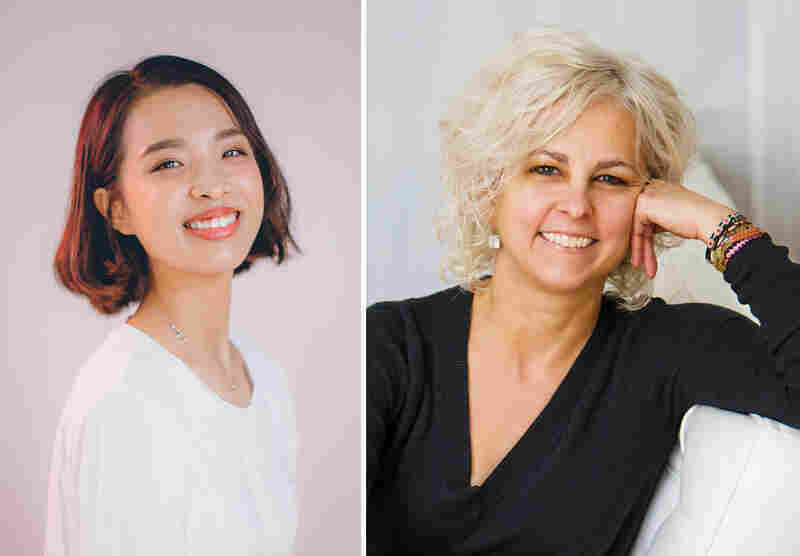 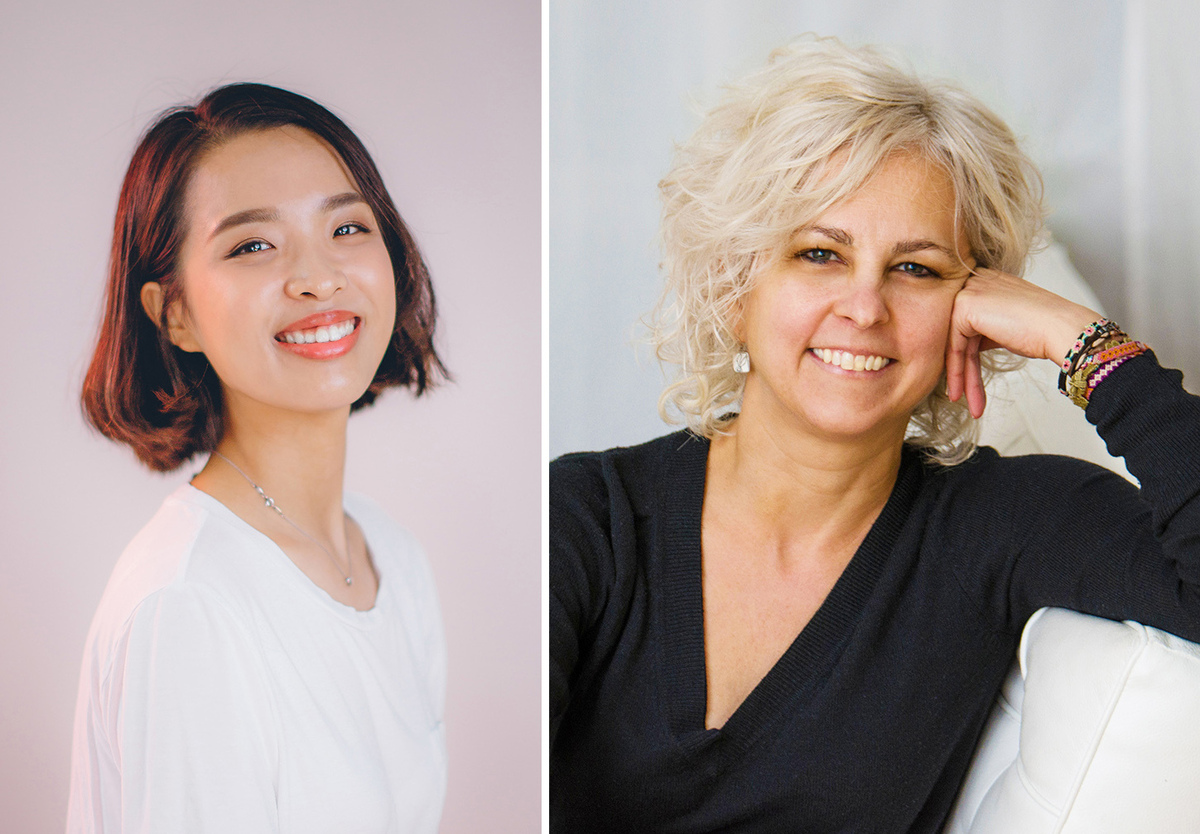 ... it becomes kind of a universal experience, because of the lack of text and then the gorgeousness of the art. So you open it and you automatically emotionally connect with this small child.

One word, and oh, also — a doodle. "I drew this really small terrified looking circle. It was at a time in my life when I felt kind of small and terrified, which is actually, when I think about it, most days. Anyway, I drew the small terrified circle. And then a big light filled circle above it, and I became preoccupied with these circles and figuring out how to make them connect. And finally I figured it was by singing. Then the small circle didn't feel alone anymore. And then Jaime got these small circles and turned it into this symphony of singing."

"As an illustrator I first thought about creating a character which is just circle shape," Kim says. "But then I decided that a little girl is best suited to the story. I actually reflected my childhood personality into the main character. I was really introverted and shy girl when I was very young, and my little sister, she was kind of my first ever friend in my life. So, in the book there's a moment when the main character meets her first friend, the moon. That scene reminds me the feeling when I first saw my sister: Yeah, that's my story."

DiCamillo says she loves that, "because there's a moment at the end when the little girl's face, she's ecstatic as she and the moon are singing together, and because there, as Jaime said, there's no text to speak of, it becomes kind of a universal experience, because of the lack of text and then the gorgeousness of the art. So you open it and you automatically emotionally connect with this small child. The colors are deep and vibrant, and then they become even more so once the connection happens. Kids that don't even know how to read yet can read it — and they do. There was a woman who told me at a signing that her daughter, who was three, 'read' the book — I'm using air quotes but of course that doesn't help because it's radio — and said the girl's not alone anymore, because the moon sees her, and so totally got the whole thing. And that was because of the art."

Kate, she has her own story, and I have my own, so I want the readers to have their own stories through this book.

Kim says she worried occasionally that readers wouldn't interpret the story as she or DiCamillo had intended. "But every time those kind of concerns hit me, I tried to think that the reader, they do not really have to feel the same way, what I felt. Because Kate, she has her own story, and I have my own, so I want the readers to have their own stories through this book, yeah."

"Yeah that's beautiful," DiCamillo responds, "which is what we always want, because what I think every time I write a story is that it's not complete until somebody else reads it, and them reading it is not getting what I intended, but rather both of us being in this story together, the teller and the person who's reading the book."

This story was produced for radio by Samantha Balaban and Barrie Hardymon and adapted for the Web by Petra Mayer.