Accessibility links
Stream Baby Rose's Stunning Debut Album, 'To Myself' Baby Rose's smokey voice evokes a wisdom beyond her years. That's part of what sets the rising singer's debut album, To Myself, apart from the current R&B scene.

Stream the rising R&B singer's debut album, 'To Myself' 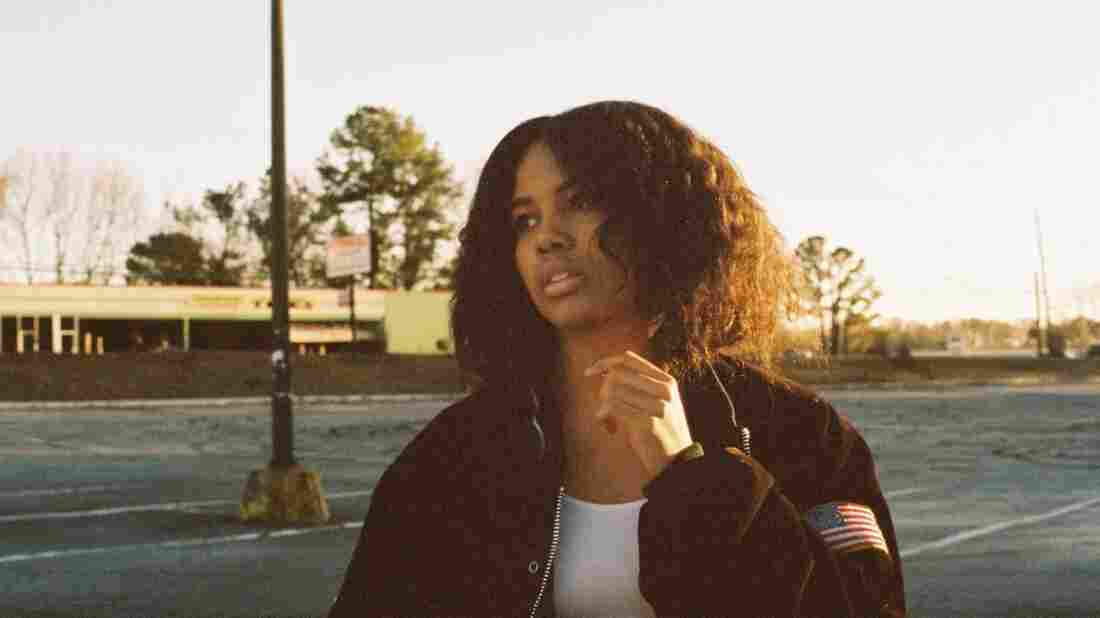 Baby Rose started winning talent shows at 14, but lost a college scholarship and a spot on The Voice before finding her way back to music. Donte Maurice/Courtesy of the artist hide caption 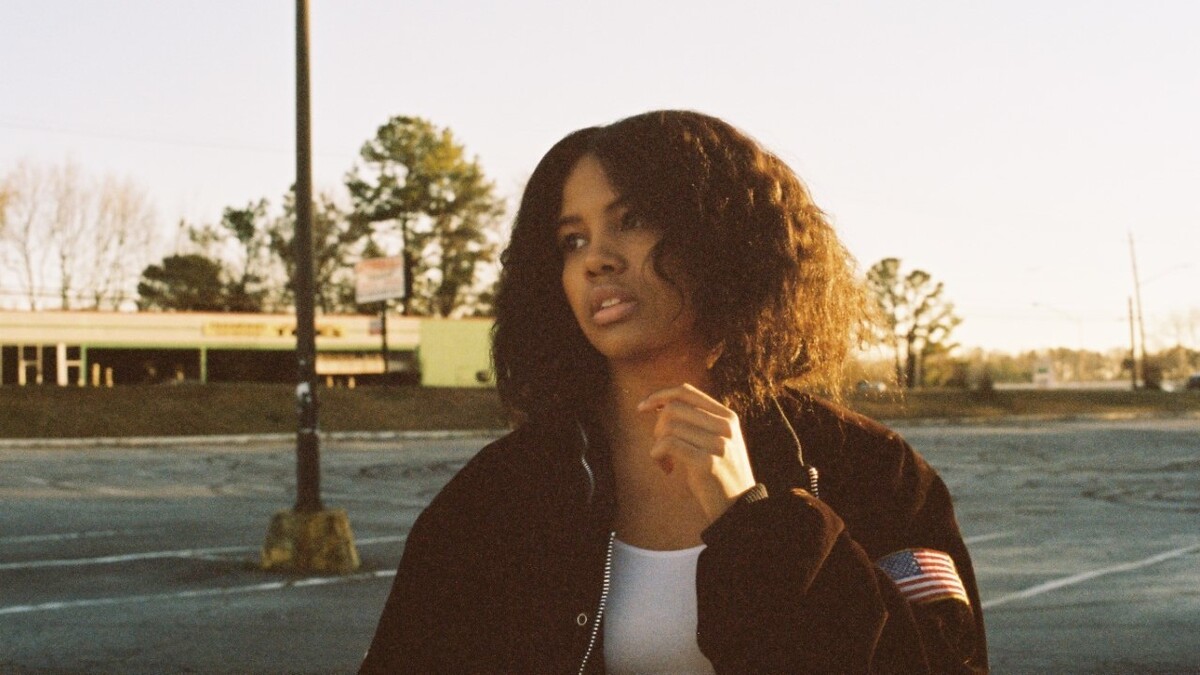 Baby Rose started winning talent shows at 14, but lost a college scholarship and a spot on The Voice before finding her way back to music.

Donte Maurice/Courtesy of the artist

Playground ridicule has a way of sticking in your memory. It can haunt you, motivate you or barely phase you now, but still, it lingers. Like many of us, the quality that's most striking about Baby Rose is the same one that used to get her bullied in school. "When I was younger, I used to be teased about my voice," she says with a raspy laugh.

Stream Baby Rose's 'To Myself'

The 25-year-old singer-songwriter isn't over-hyping it either. Smoky, bellowing and movingly emotive, the depths of Rose Wilson's vocal tone evokes a wisdom beyond her years and allows the weight of her lyrics space to gape. It's this husky contralto that's earned the Atlanta-based artist cosigns from SZA and J. Cole. It's allowed her to tour with Ari Lennox and helped her pay dues to get into the Revenge of the Dreamers sessions. And now, it's the key to what sets her debut album, To Myself, apart from many others in the current R&B scene.

But back when she was just the new kid in town who moved from Washington, D.C. to the "extremely slow" Fayetteville, N.C., just before middle school, Rose had yet to tap into her gift.

"It was a period of isolation that I had during my formative teenage years," Rose remembers. "It forced me to be introspective and form my own identity outside of all of the things that were around me that really defined me before in D.C."

At home, Rose was raised on her parents' love of Southern hip-hop, funk and acid jazz — think OutKast and Parliament — and has vivid memories of singing hymns around the house with her great aunt. But while Rose would test her mother's patience by belting at the top of her lungs in the foyer, in school, she was a loner who barely talked. Finally, at 14, Rose worked up the courage to take a chance on her talent.

"I didn't want to not be remembered, like, have my whole high school life just float by," she says. "And so, I decided to just audition for the talent show. I didn't feel comfortable doing a cover, so I [wrote] a song called 'Bonnie and Clyde' ... And they rolled out the piano and there was a spotlight and I was wearing a dress and I played it."

From the moment Rose heard the uproar of applause after she finished, she was hooked. "It was lit! It was like,'This is my identity,'" she says. (Rose ended up winning that talent show, by the way.)

Everything was on the come up for Rose, but adulthood has a way of skewing best-laid plans. After high school, Rose was accepted to Spelman College to study biomedical engineering in the spring and went to L.A. to audition for The Voice in the summer. But in a one-two punch, she both missed a deadline for the college scholarship and didn't make the TV talent show. Having already uprooted to Atlanta, Rose enrolled in community college and eventually found her way back to creating music again.

Even though her creative process has changed since those talent show days, Rose still uses her mix of timbre, wonder and calculated tenacity to deliver sonic destruction, three minutes at a time. Taking cues from her influences Amy Winehouse, Nina Simone and Sarah Vaughan, Rose encloses the dampened emotional sludge of love with gorgeous, rich melody.

Written in the span of three months after a break-up with her longtime partner, the stories on To Myself flow together like 3 a.m. monologues recited between Instagram stalk sessions. Even now, the emotions still feel raw to Rose. On "Mortal," the album's downtrodden lead single, Rose soundtracks the cycle of going back to a lover over and over. The cadence of the chorus ("Rather be close than be far from you") ticks like a time bomb.

"That's just the process of, I think, separation. It's never a clean slate," she says of "Mortal." "I don't think I have the power, yet, or realize the power to be able to completely cut off love."

"Artifacts" shows off Baby Rose's range as she channels anger with a precision and growl of a young Margie Hendrix, a founding member of The Raelettes. "That was frustration and anger that I just let loose in the studio," she says. "Every time that I recut that it at the same like energy because I was so angry that he could throw away all of this time]. It was very easy and it was very therapeutic."

But while "Artifacts" took the most tries to record out of all ten songs on the LP, the magic of "All to Myself" was something Rose and her producers could only catch once.

"I was supposed to be testing the mic. I couldn't even really hear it through my headphones at the time, but I was off of the mimosas and tequila," she recalls. "[My producers] were just like, 'All right, just go in there and, you know, just mumbles and things, like, we'll figure out a melody and stuff.' But I had secretly just been writing literal things in my notepad on my phone and I just went in there and just did it and when we were done listening to it everyone just like, 'Wow.'"

Rose says she couldn't replicate the vulnerability of that moment for another take — from the heavy breathing to the breaks in normal rhythm. But fortunately, all of those little moments are that "made the record really special."

As the album comes to a close with "Show You," there's an air of uncertainty. According to Rose, that's on purpose.

"Tell me baby, how you like me," she preens over guitar and simple cymbals. "So many things I've got to say / But I want to show you."

"It's a feeling of wanting to be like, 'Wow, like, you left me when I was just about to be poppin' — you suck, look at that.' But also in the same breath like, 'I'm still hurt about you,'" she says.

This friction of push and pull is what ties the whole album together for Rose. Beyond being about one love she lost, To Myself is an internal debate she's still having out with herself: "It's just, you know, that back and forth with me about whether I'm going to evolve or whether I'm going to digress and just repeat the same cycle with somebody else and think that that's going to lead to my happiness outside of me really reaching my full potential."

Even if Baby Rose changes her mind, for now, the once-introverted outcast is all systems go to reach that potential on her terms.