Accessibility links
In the U.K., Female Lawmakers Pushed Government To Regulate Big Tech The move in Europe to get tough on tech is partly thanks to an awakening that began with the experiences of women in politics. 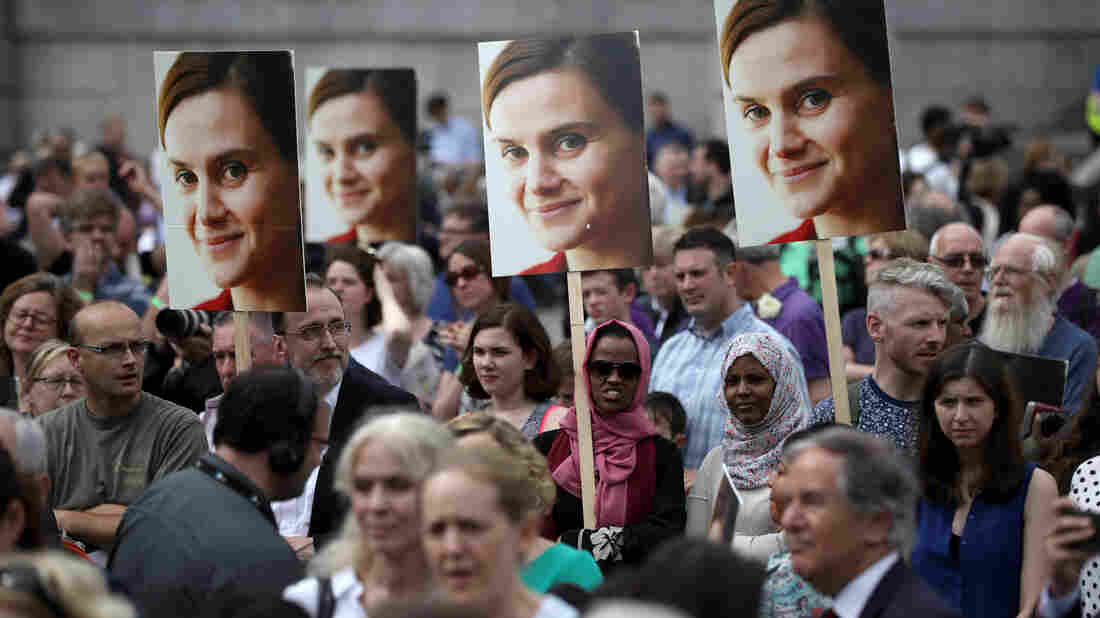 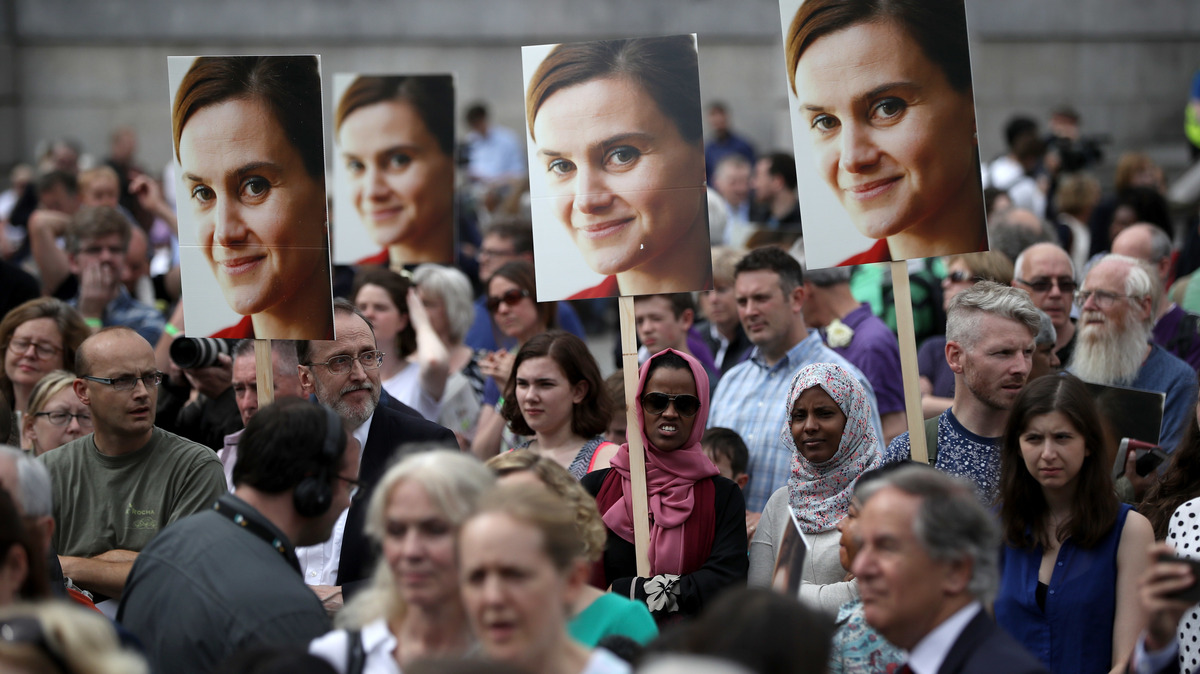 Memorial event for Member of Parliament Jo Cox, of the Labour Party. Her murder by a man radicalized on the Internet prompted Parliament to examine digital threats to lawmakers, especially women in the United Kingdom.

Lisa Cameron is a member of the British Parliament. She's also a victim, and survivor, of online trolls.

Cameron was new to politics in 2015, when she was elected in East Kilbride, Scotland. She'd been a clinical psychologist, a wife, a mom, and a trade union representative — the kind of political newcomer democracies want to run for office.

But the sludge of the Internet began to attack her — and not just for her policy stances. Her inbox, Facebook and Twitter accounts filled with insults about her appearance, rape fantasies, pictures of decapitated bodies, threats to her family, and anti-Semitic slurs (Cameron is Jewish).

Cameron's #MeToo story — and those of her female colleagues in Parliament — has helped usher in a new era in the United Kingdom: digital assault is understood as a real threat, one that is pushing the government to hold tech giants accountable for their role as hosts to these attacks.

Cameron says the ugliness got to her. "It makes you question whether you are doing something wrong in your job, whether politics is right for you." She also wondered if running was unfair to her two children.

Then, a horrific attack — not against her, but against a female colleague who was sworn into Parliament in the same class — changed the conversation for Cameron, and for the entire country.

In 2016, Member of Parliament Jo Cox was gunned down and stabbed on the streets by a white supremacist. According to prosecutors, he was radicalized on the Internet, where he viewed Nazi materials and, on the eve of the attack, researched right-wing politicians and the Ku Klux Klan. The motive appeared to be policy-oriented. The killer was pro-Brexit. And Cox, a member of the Labour Party, wanted Britain to stay in the European Union. But some believed she was targeted because she was a woman.

The Prime Minister's office reached out to men and women in Parliament to ask if they had been intimidated online. The final report, published in December 2017, coincided with the rise of the #MeToo movement in the United States. U.K. regulators didn't set out to spotlight female leaders. But they did, because women had horrific anecdotes to share.

Jess Phillips, a female member of Parliament quoted in the report, described online posts in which "people wished to see me raped, they wished to come to find my sons hanging from a tree because I don't care about men."

Cameron said it was "cathartic" to share her story, and read those of her colleagues. "I had kind of felt at the start [that] I must have been doing something wrong, until I realized that this is so widespread," she said. 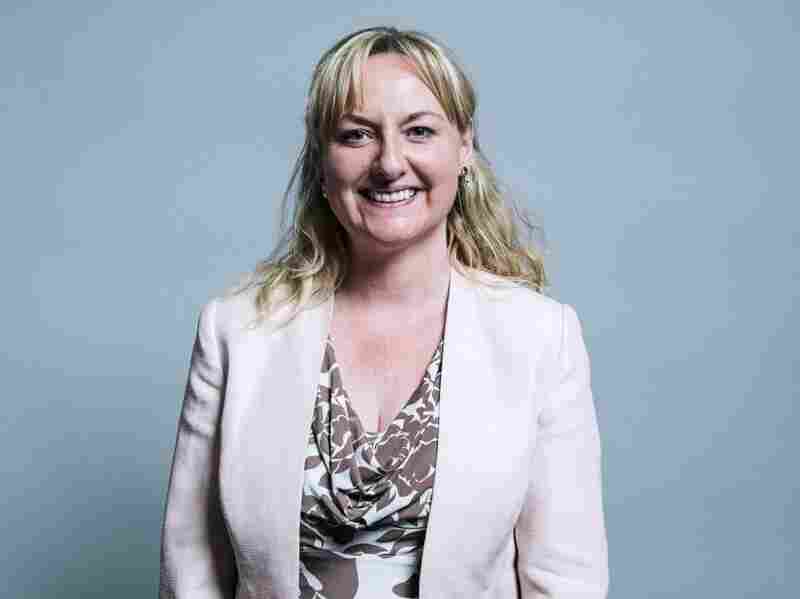 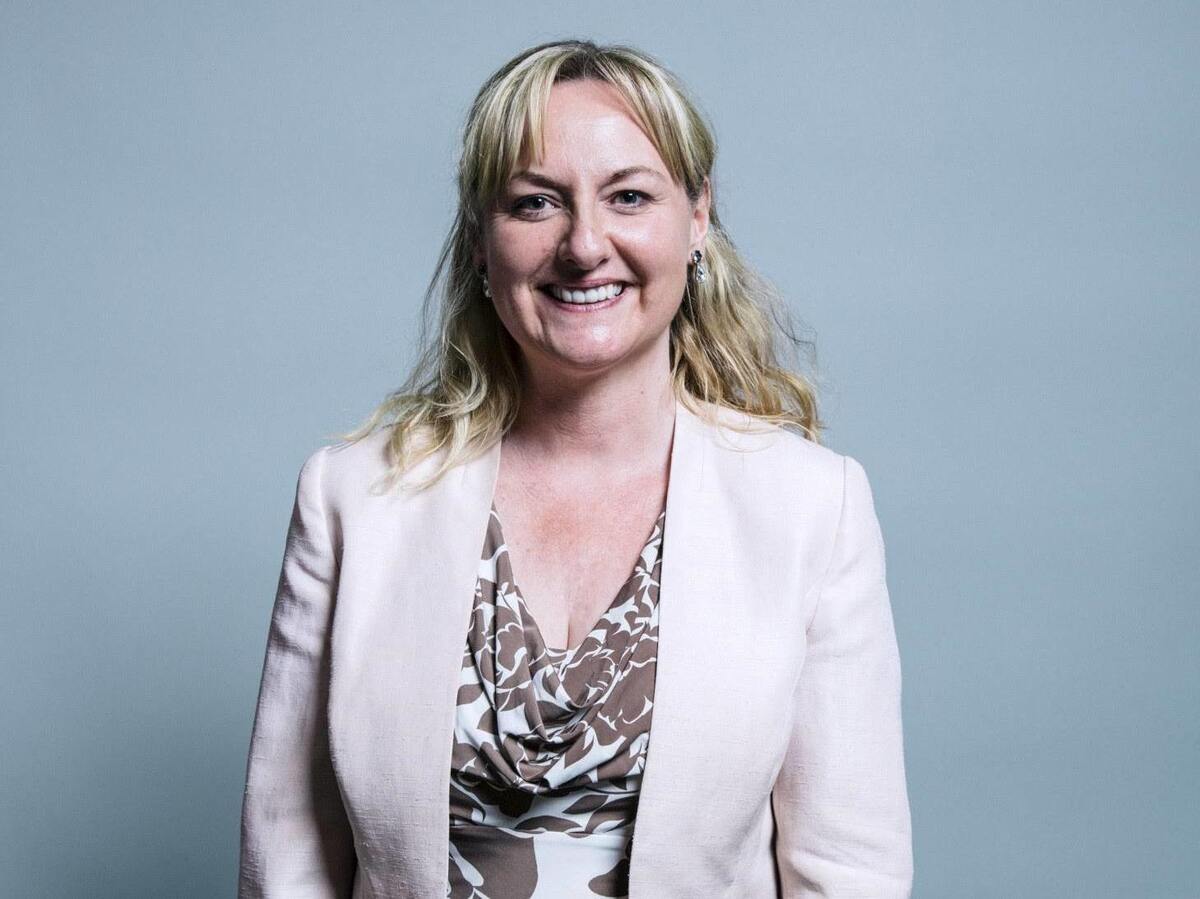 Efforts ramped up to document just how widespread the problem is. Women elected in the U.K. commissioned a global study to examine threats to female political leaders in eight countries (Argentina, Ghana, Jamaica, Lebanon, Malawi, Sri Lanka, Ukraine and the U.K.). It found that rape threats are "common" and women politicians from black, Asian and other ethnic minority groups receive a "disproportionate amount of abuse online."

Member of Parliament Liz Saville Roberts called for legal and culture change to "condemn the casual use of aggression and threat of physical violence to silence women's voices in the digital arena."

A team of researchers published a survey in the journal Computers in Human Behavior that polled Parliament, quantifying online harassment and abuse against lawmakers as well as their staff (no comparable survey exists for U.S. lawmakers). More than a quarter of elected officials responded, a mix of men and women roughly proportionate to their numbers in office.

Interestingly, men in the survey reported being attacked more often than women did. "But the abuse is largely confined to [men's] professional duties, posting of defamatory materials, and abuse on political grounds," the authors wrote.

For women, the attacks were glaringly personal, with far more threats of death, rape and other physical violence — not just to themselves. Sixty-two percent of female MPs reported that online trolls made physical threats to friends and family. (For male MPs, it was 6%.) Online attacks affected real world behavior. Nearly half of women in Parliament reported they made fewer social outings. (For their male counterparts, it was 5%.)

"There were probably a number of politicians, especially male politicians, who were unaware that that was happening to the extent it was," said Chloe Colliver, a researcher with the Institute for Strategic Dialogue, which helps governments study extremism online.

According to Colliver, the discoveries about politicians' experiences on the Internet didn't lie dormant in a dusty filing cabinet. They caused a "sea change." Government leaders who'd focused on the social media activities of Islamic extremists began to see misogyny and the vitriolic hate of women as a rising, organized threat online.

Women in Parliament "who obviously felt very affected" by their colleague's death joined across parties, Colliver said, to form a group in Parliament to keep women safe, and encourage women to stay interested in politics.

The clearest legal impact of this social movement came when the U.K. published its much anticipated blueprint for how to regulate Big Tech. Europe has been at the forefront of the so-called "tech-lash." Germany fined Facebook $2.3 million recently for under-reporting complaints of hate speech it has received, in violation of transparency laws. In France, lawmakers are moving to require that tech giants take down hateful content within 24 hours or face penalties.

While US federal laws protect Internet companies from being sued for nearly all of the hate and threats published on their platforms, the U.K. is working to change that, citing the experiences of female public officials.

"This abuse is unacceptable – it goes beyond free speech and free debate, dissuades good people from going into public life, and corrodes the values on which our democracy rests," the Online Harms White Paper states. "The new regulatory framework will make clear companies' responsibility to address this harm."

The U.K. proposed to issue hefty fines and hold individuals at a corporation responsible. Under the proposal, Facebook leaders Mark Zuckerberg or Sheryl Sandberg — who's known worldwide for encouraging women to "lean in" — could be personally liable for failing to protect the women who do lean in, only to be threatened on their platform.

A few weeks after publication of the blueprint, leaders from Facebook and Twitter appeared before Parliament and promised their companies were taking the threats to elected officials seriously. "We are not where we want to be yet," Katy Minshall, public policy chief for Twitter U.K., admitted, and pointed to the work of a nonprofit helping women in public life.

The U.K. is far from being a troll-free utopia. But women in the public are now empowered in a way they were not a few years ago, advocates and political leaders say.

Take Lisa Cameron. She doesn't believe in abortion and recently cast a vote against lifting the ban on abortion in Northern Ireland. Pro-choice trolls went on the offensive, threatening to "abort her" and sending violent images.

Now, unlike before, she said, it's possible to get a response from the Internet companies. "If someone is abusive online, I can have that dialogue with Facebook. I know where to go to."

The tech giant is helping her sift through the pile of attacks to identify real threats, and refer them to law enforcement. That's a step up from shame, she said, and a step forward for democracy.