Accessibility links
Trump Dismisses Recession Fears, Says Fed Must Help The Economy The Trump administration pushed back hard against warnings of an economic slowdown. But the president is also calling on the Federal Reserve to cut interest rates again to help boost growth. 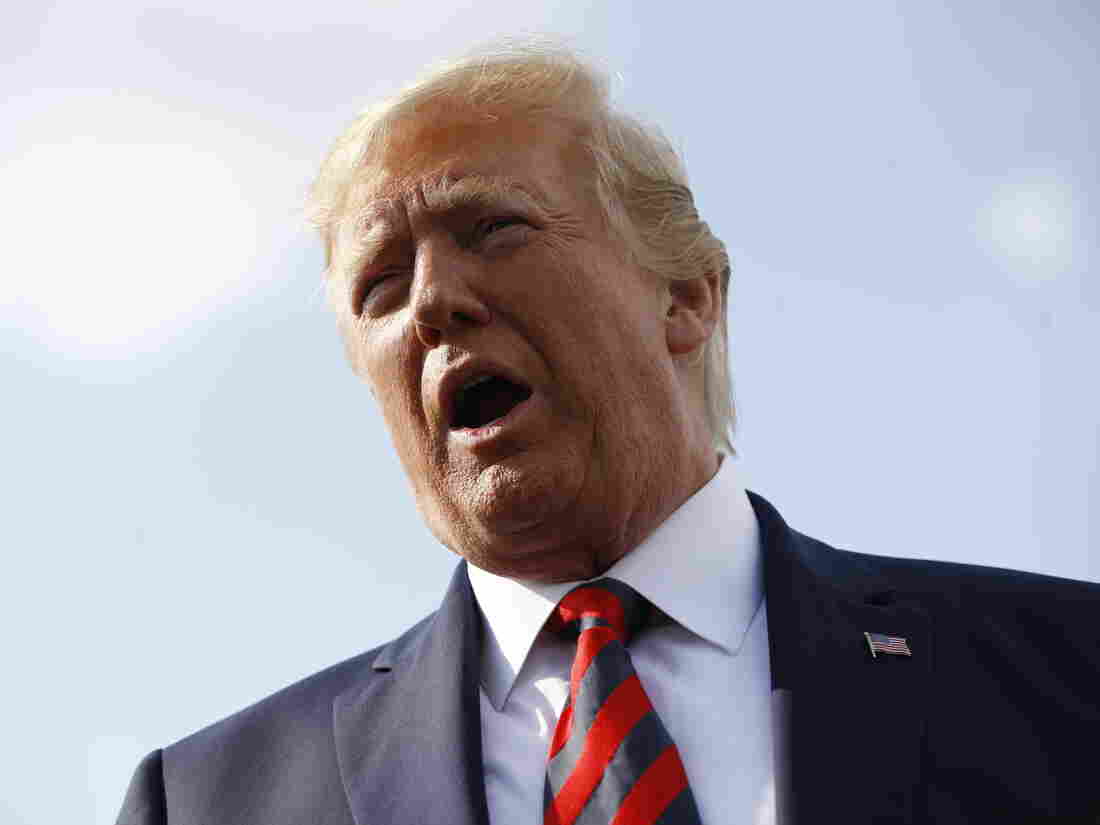 President Trump is downplaying the odds of a recession, but he's also calling on the Federal Reserve to cut interest rates again. Patrick Semansky/AP hide caption 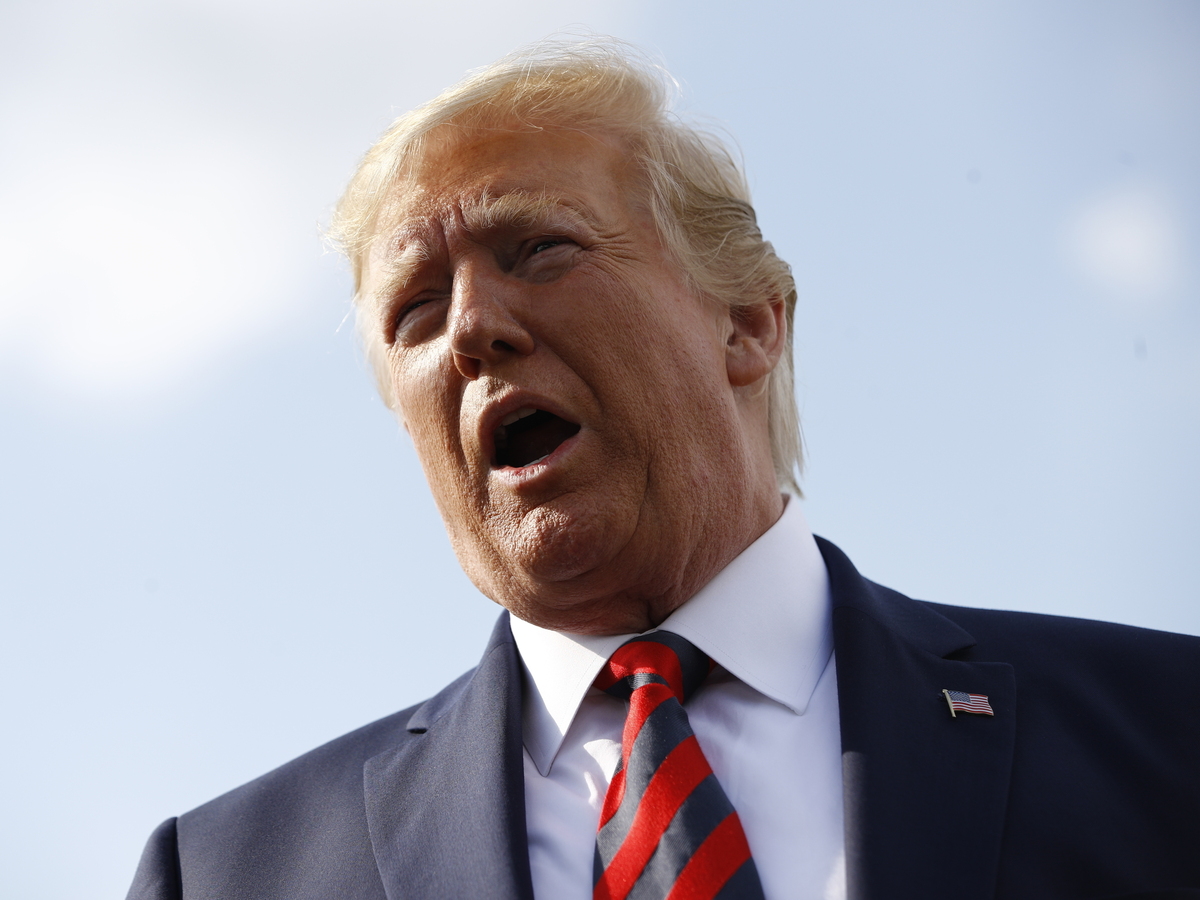 President Trump is downplaying the odds of a recession, but he's also calling on the Federal Reserve to cut interest rates again.

The Trump administration is acting as a cheering section for the U.S. economy. And at least on Monday, investors were cheering along. The Dow Jones Industrial Average rose nearly 250 points or 1%. The S&P 500 jumped 1.2% and the Nasdaq was up 1.35%.

President Trump and his team are downplaying warnings of slower economic growth, despite signals from the bond market that a recession could be looming. At the same time, the president is also calling on the Federal Reserve to cut interest rates again to help boost growth.

"Our Economy is very strong," Trump tweeted Monday, accusing Democrats of badmouthing economic conditions to boost their chances in the 2020 election.

Vice President Pence echoed that confidence in a speech Monday to the Detroit Economic Club.

"Despite the irresponsible rhetoric of many in the mainstream media, the American economy is strong," Pence said. "And the U.S. economic outlook remains strong as well."

A day earlier, Trump and White House economic adviser Larry Kudlow pointed to consumer spending as a sign of the economy's resilience.

"I don't see a recession," Kudlow said on NBC's Meet the Press. "Consumers are working at higher wages. They are spending at a rapid pace."

Consumer spending is a major pillar of the U.S. economy, and data from the Commerce Department last week showed retail sales are still strong.

That helped to temper recession warnings from the bond market, which triggered the year's biggest sell-off on Wall Street last week. The Dow and the S&P 500 both fell about 3% last Wednesday.

Despite his professed confidence in the economy, the president continued to press the Federal Reserve to keep lowering interest rates.

"I think I could be helped out by the Fed," Trump said Sunday. "But the Fed doesn't like helping me too much."

Last month, the central bank cut rates by a quarter point. Trump is urging the Fed to cut rates by an additional percentage point as quickly as possible.

"The Fed Rate, over a fairly short period of time, should be reduced by at least 100 basis points," Trump tweeted Monday. "If that happened, our Economy would be even better, and the World Economy would be greatly and quickly enhanced-good for everyone."

The Commerce Department granted a partial reprieve on Monday to Chinese telecom giant Huawei, allowing the firm to keep buying components from U.S. suppliers for 90 days to serve its existing customers.

Trump said a larger trade deal with China may have to wait.

Trade tensions with China and other countries have depressed manufacturing in the U.S. and limited business investment. Economic growth slowed from an annual rate of 3.1% at the beginning of the year to 2.1% in the second quarter.

A survey by the National Association for Business Economics found nearly 4 in 10 economists expect a recession next year, though an even larger share (48%) don't expect a downturn until 2021 or later.