Accessibility links
NYPD Fires Daniel Pantaleo, Officer Who Placed Eric Garner In Chokehold The decision backs the recommendation of an NYPD administrative judge earlier this month that Pantaleo should be fired for his role in Garner's death in 2014. 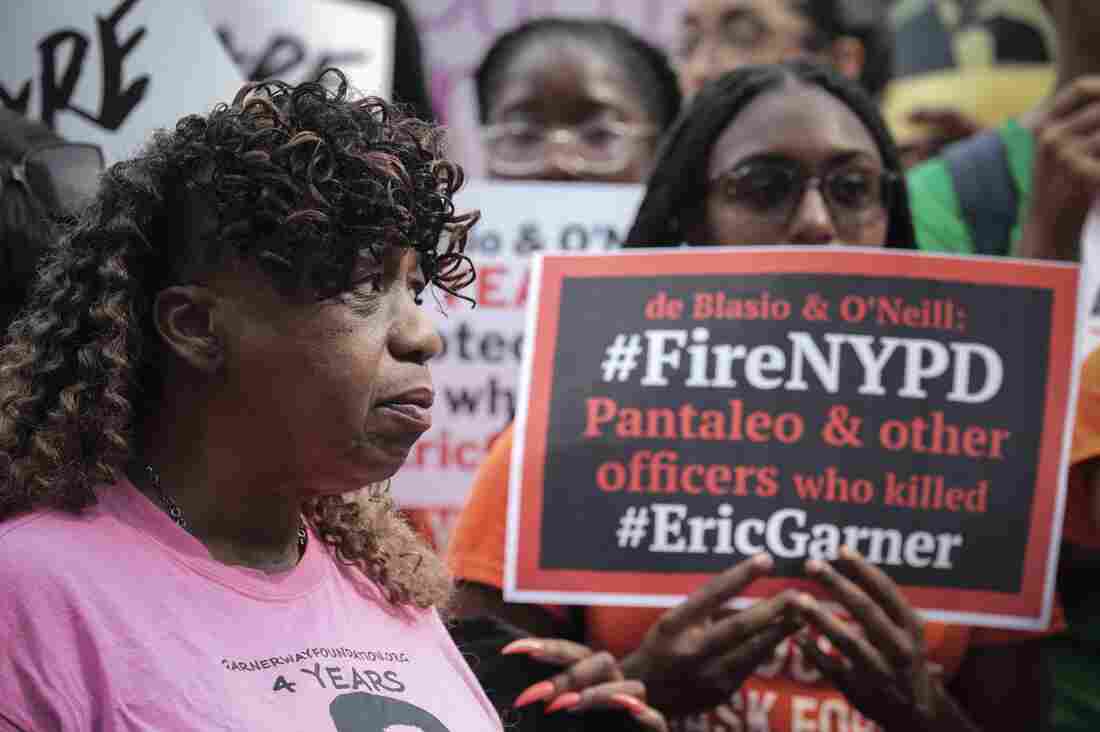 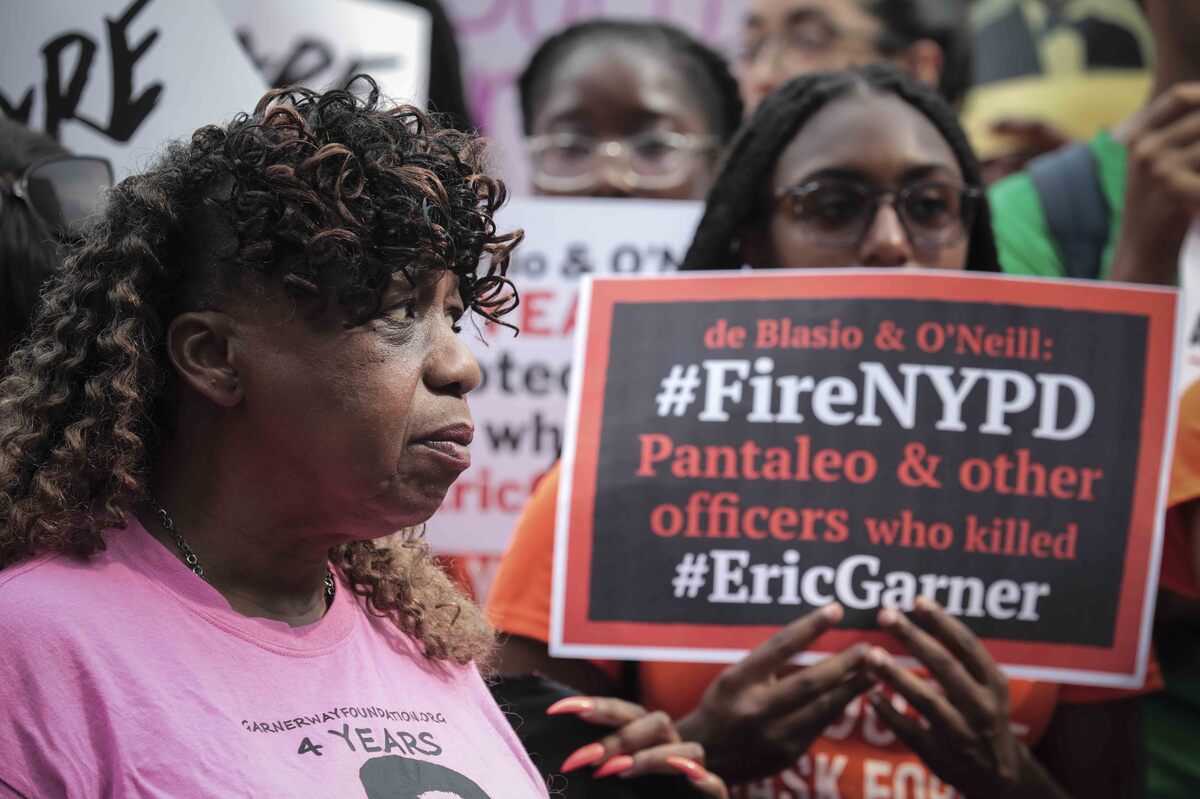 New York City Police Commissioner James O'Neill announced Monday that the police department is terminating the officer involved in the fatal 2014 altercation with Eric Garner, ending a five-year battle over the officer's status.

Officer Daniel Pantaleo used a chokehold on Garner, which is banned by the city's police department, O'Neill said.

The decision backs the recommendation of an NYPD administrative judge earlier this month that Pantaleo should be fired for his role in Garner's death.

In reaching the decision, O'Neill said he was putting faith in the assessment of Judge Rosemarie Maldonado, a deputy police commissioner who presided over Garner's disciplinary trial.

O'Neill heavily cited Maldonado's opinion in announcing the firing on Monday. In particular, he mentioned the finding that Pantaleo's use of the chokehold "was reckless and constituted a gross deviation from the standard of conduct established for a New York City police officer."

Garner's dying words, "I can't breathe," were recorded on bystander cellphone video and became a watershed moment in the Black Lives Matter movement.

Garner, 43, was confronted on July 17, 2014, by police officers who suspected he was selling loose cigarettes on a Staten Island sidewalk. Video footage shows Garner, who was black, waving his hands in the air in protest as Pantaleo, who is white, and his partner approached. Pantaleo applied the chokehold, and Garner later died. 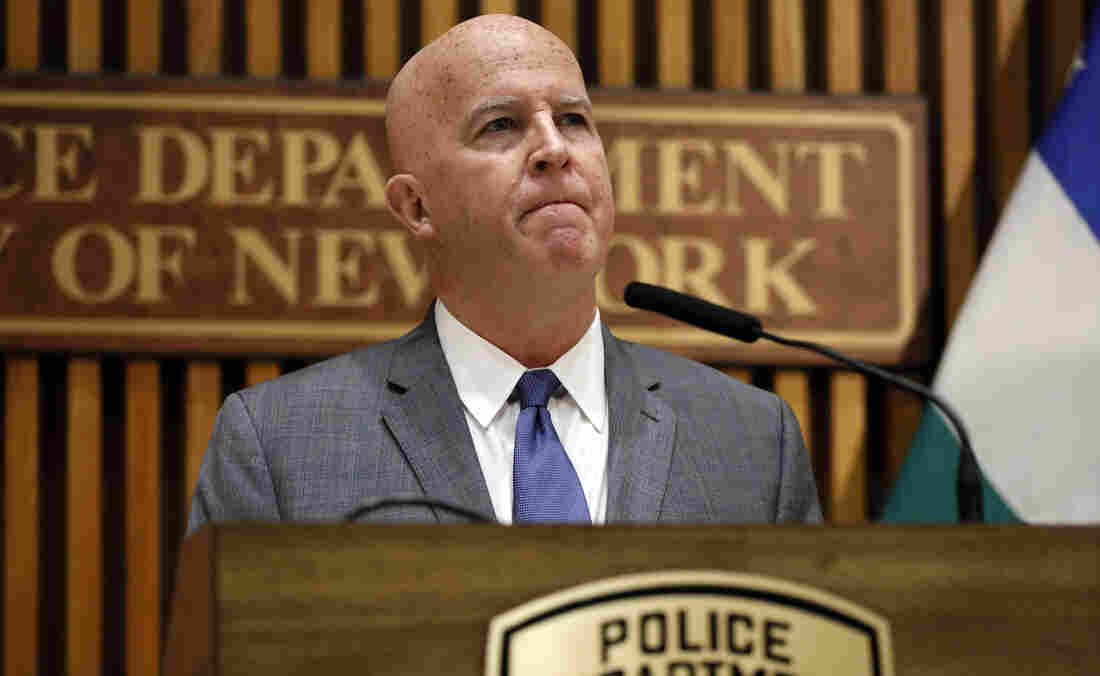 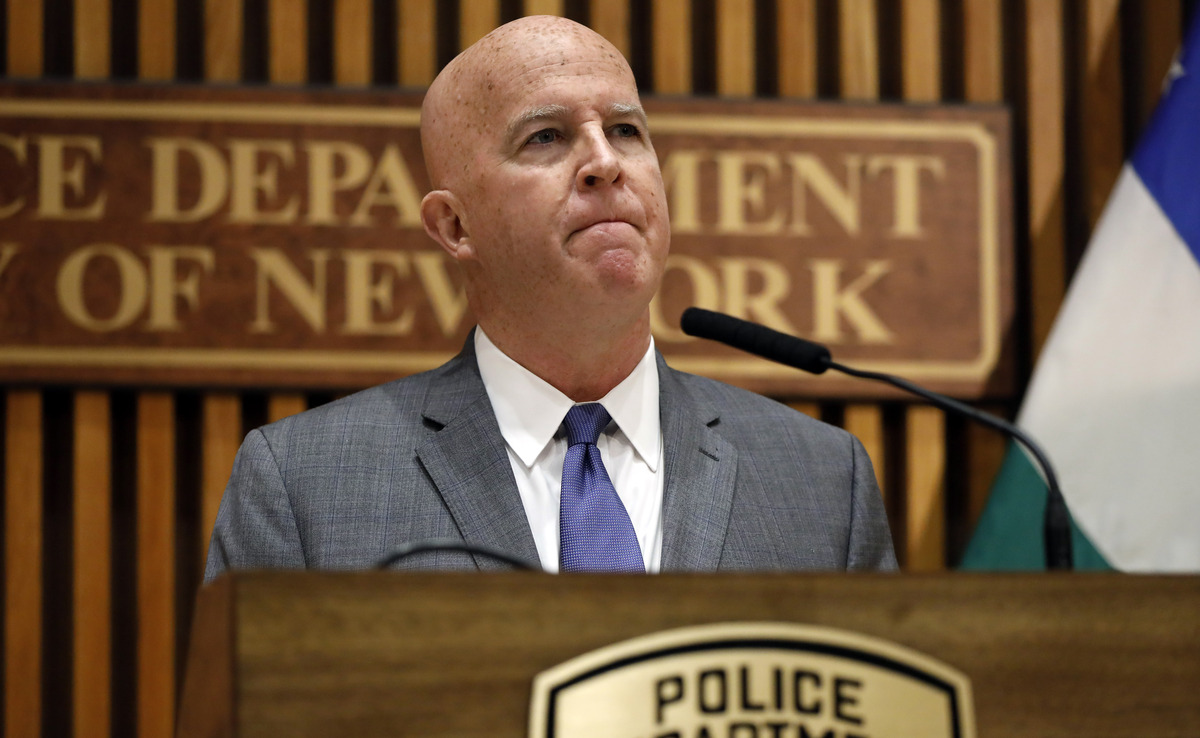 New York City's biggest police union, the Police Benevolent Association, criticized O'Neill's decision, accusing the commissioner of choosing "politics and his own self-interest over the police officers he claims to lead."

"With this decision, Commissioner O'Neill has opened the door for politicians to dictate the outcome of every single NYPD disciplinary proceeding, without any regard for the facts of the case or police officers' due process rights," said the association's president, Patrick Lynch.

Under New York civil service law, Pantaleo can appeal his termination from the police force.

"We're going to argue for it. That's for sure," police union spokesman Albert O'Leary told NPR.

O'Neill's announcement also follows a decision last month by the Department of Justice to not bring charges against Pantaleo, citing insufficient evidence to pursue a criminal case.

Garner's death was ruled a homicide by New York City's Office of the Chief Medical Examiner. None of the police officers involved have been charged with a crime.

In 2015, the City of New York agreed to pay $5.9 million to settle a lawsuit brought by Garner's family.