Accessibility links
Why Do We Find True Crime Fascinating? 'Savage Appetites' Looks For An Answer With her well-researched, beautifully written book, Rachel Monroe addresses the desire to consume stories of murder and mayhem — and what it reflects about us and the world around us.

Why Do We Find True Crime Fascinating? 'Savage Appetites' Looks For An Answer

Why Do We Find True Crime Fascinating? 'Savage Appetites' Looks For An Answer 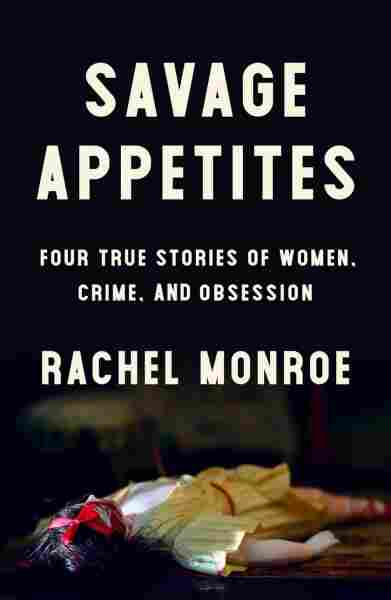 A few months ago, I watched a chilling film, My Friend Dahmer, based on a graphic memoir written by a high school friend(ish) of infamous serial killer Jeffrey Dahmer.

While IMDB's logline for the film reads, "A young Jeffrey Dahmer struggles to belong in high school," I saw it more as an attempt to contextualize Dahmer. It showed his chaotic family life, the masculinity he was expected to perform yet couldn't, his social ineptness, and the disturbing ways his instincts were and weren't validated.

The film seemed to be asking the unanswerable question: What if? What if he had been able to come out to his family? What if someone had noticed his inability to connect with people and had tried to reach him? What if he was steered toward nurturing his anatomical interests? Could he have been a pathologist? A medical examiner?

The other unanswerable question — the one that might be going through many readers' minds — is: Who cares?! He deliberately preyed on a vulnerable population, mostly young gay men of color. He killed a bunch of people!

I was so disturbed by my empathy for him — for how he was portrayed in the film, anyway — that I brought it up to my therapist. Her take? That I might be drawn to his overt cruelty, his capacity for violence, because I am incapable of it myself.

In a new, necessary and brilliant book, Savage Appetites: Four True Stories of Women, Crime, and Obsession, journalist Rachel Monroe writes: "Most of the explanations I read for why women are drawn to true crime ended up feeling reductive and unsatisfying." The explanations she had seen were that the interest was voyeuristic or feminist or self-preserving and practical. "By presuming that women's dark thoughts were merely pragmatic, those thoughts were drained of their menace," she adds."A different, more alarming hypothesis was the one I tended to prefer: perhaps we liked creepy stories because something creepy was in us."

The stories that are well-known, that get rehashed over and over again, are largely about white male perpetrators and white, middle-class, female victims, even though, as Monroe reminds us, "the people who are disproportionately at risk of homicide" are actually "sex workers, the homeless, young men of color, trans women" and, in fact, "the people who [are] most likely to be harmed by violent crime [are] young black men from low-income neighborhoods."

So why do we find true crime fascinating? How are we relating to it? Who is telling what stories and why? Monroe doesn't have one distinct answer for us — nor, I suspect, does she believe there is one — but she showcases several women, each with a different relationship to the genre. Frances Glessner Lee, considered by some the "mother of forensic science," is the first; second is Alisa Statman who, whether in good faith or not, inserted herself into the lives and stories of Sharon Tate's family; third is Lorri Davis, who ended up marrying and helping to free Damien Echols, who spent years on death row after what is widely believed to be his wrongful conviction for the murder of three small boys in West Memphis; and, finally, Lindsay Souvannarath, sentenced to life in prison in Canada after she and another young adult she had met online planned to vaguely emulate the Columbine shooters by wreaking havoc in a mall in Halifax (they never got that far).

Monroe treats each individual narrative with nuance, empathy and transparency, allowing both the protagonists and their supporting cast to remain complex. She delves into the social and political ramifications of each narrative, making accessible and visible what so often gets overlooked in these stories because it's too complicated to put into a headline or summary.

Monroe's book is a pleasure to read because it is smart, well-researched and well-written — beautifully, really, as each of the four long chapters takes the form of a braided essay that links two and sometimes three distinct stories together, showcasing Monroe's own obsessions alongside those of the real-life characters she explores.

But more than that, Savage Appetites is important because it refuses to sit inside binaries of good vs. evil, victim vs. perpetrator, innocent victim vs. mastermind criminal. It doesn't give us easy answers for why women are the main consumers of true crime narratives, because there aren't any because women as a category are not monolith and because it's complicated and nuanced and different for everyone. The book is important also because I suspect there are more than a few of us who, like Monroe herself, feel conflicted about their desire to consume stories of murder and mayhem and wonder what it reflects about the world around us and ourselves.

While Monroe has the role of journalist here, probing the history, motives and psyches of her subjects, she also interrogates herself by weaving her stories into those of others. So it's not without doing the work herself that she urges us not to turn off our brains in the pursuit of true crime's anesthetizing effect: "We can use [sensational crime stories] as opportunities to be more honest about our appetites — and curious about them too."

Looking away from a problem doesn't make it go away, her narratives show us, and looking at the problem directly doesn't mean easily or quickly solving it. But looking and looking and continuing to look until the layers begin to peel back and reveal the issues at the core of such stories — the systemic inequalities, the co-option of certain stories for political gain, the rhetoric used to make some victims more real than others — that's the important work that we, and true crime, can do.