Accessibility links
Presidential Debate: 10th Democratic Candidate Qualifies For September Stage The former HUD secretary made the cut just over a week before the deadline to hit polling and fundraising benchmarks. Less than half the field is likely to make it on stage in Houston next month. 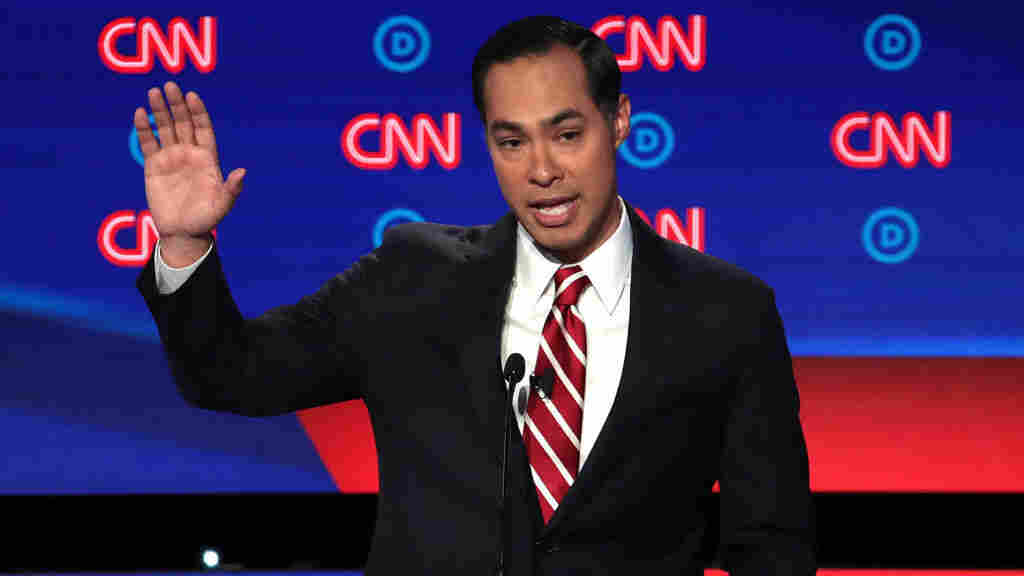 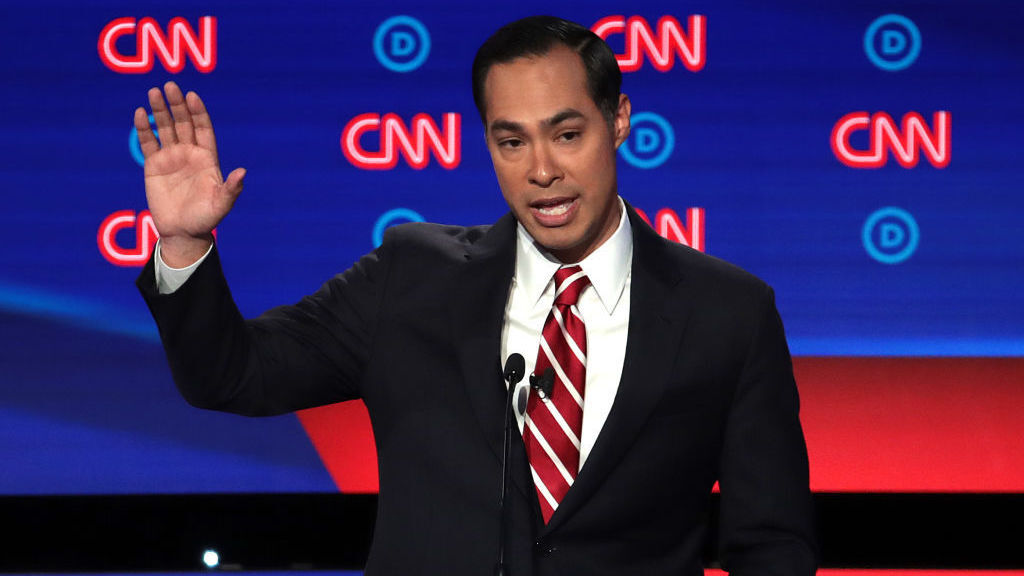 Castro, a former mayor of San Antonio, Texas, who later became a part of President Obama's Cabinet, met the final benchmark on Tuesday after a CNN poll showed him at 2%, giving him the requisite four surveys where he hit that threshold. He had previously already attained the required 130,000 unique donors from 20 states.

If one more candidate qualifies, the debate would have to stretch to two nights under DNC guidelines. It's scheduled for Sept. 12-13.

Billionaire businessman and activist Tom Steyer has reached the donor threshold and is now only one poll away from qualifying. Hawaii Rep. Tulsi Gabbard has also qualified through fundraising, and she also registered 2% in the CNN poll released Tuesday, but she still needs two additional polls to make the cut. Candidates have until Aug. 28 to qualify.

This week, author and spiritual leader Marianne Williamson and Washington Gov. Jay Inslee both announced they crossed 130,000 donors, but neither has yet registered 2% in any poll during the qualifying period.

Castro is the only Latino candidate in the race and has made immigration a major issue, including his push to decriminalize illegal border crossings, which he heavily pushed in the first debate to have a major breakout moment — and a skirmish with fellow Texan O'Rourke. He told the NPR Politics Podcast that in order to curtail border crossings, he advocates boosting federal assistance to countries such as Guatemala, El Salvador and Honduras.

"I think that we're always going to have people coming from Central America and other parts of the world," he said. "Do we need 140,000 people in one month coming from those countries? That's an indication that something is wrong in those countries, and I want to help heal that."