Accessibility links
'The Outlaw Ocean': A Forgotten Frontier Where Slavery And Illegal Activities Abound Ian Urbina combines stellar investigative reporting skills and straightforward writing to convey what lies on the other side of the ocean — opposite cruise-ship vacations to beautiful beaches.

'The Outlaw Ocean': A Forgotten Frontier Where Slavery And Illegal Activities Abound

'The Outlaw Ocean': A Forgotten Frontier Where Slavery And Illegal Activities Abound 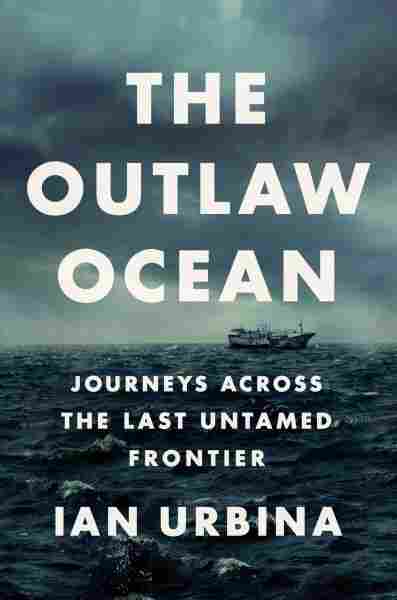 Journeys Across the Last Untamed Frontier

Investigative reporter Ian Urbina realizes that, for many people, the sea is "simply a place we fly over." That's why in The Outlaw Ocean he works so hard at sharing some of the wildest, darkest dramas taking place in seas and oceans across the world.

The book, which collects narratives from some of The New York Times reporter's investigations, delves deep into the murky depths of maritime laws, illegal fishing, modern-day slavery, and even abortions to show readers that perfect vacations on cruise ships to beautiful beaches are one side of a spectrum. The other side includes clandestine oil dumpsters, exploitation, and "rafting," which is the term used to describe what happens when boat crews discover stowaways and set them adrift in the middle of the ocean, leaving them to die.

On the surface, The Outlaw Ocean is an outstanding example of investigative journalism, illuminating some of the darkest corners of a world we often don't think about. The open ocean tends to be forgotten, despite the fact that about 90% of the goods consumed across the globe are delivered by boat and more than "56 million people globally work at sea on fishing boats." Urbina, who has won both a Pulitzer and a George Polk Award, decided to focus on this often ignored world — and what he found ranges from horrible to shocking and from unfair to unbelievable.

There are two elements that make The Outlaw Ocean a magnificent read. The first is Urbina's knack for framing and structure. He knows reading about fish may not be that interesting to most readers, so he often starts his narratives focusing on a person instead. From there, and usually within the content of a story that reads like an adventure novel with touches of noir, he explores a variety of things and gives readers a wealth of information about every subject he touches upon. This allows him to hook readers before bombarding them with facts, and once those facts come, they are amplified by the reader's emotional and intellectual involvement in the narrative.

The second element is Urbina's writing. His style is concise and straightforward and he has the ability to summarize while also offering a lot of information and contextualizing his discoveries in a way that make readers see the differences between life and crime on land and life and crime on the water:

"The scope and intensity of the problems I witnessed during this reporting felt like a scandal. If the public discovered that an industry had a de facto policy of looking the other way as workers in factories around the world were routinely locked behind chained doors for weeks or sometimes months, with no freshwater or food, unpaid and given no sense of when they might be permitted to go home, wouldn't there be immediate outrage, criminal investigations, and consumer boycotts? Not so at sea."

The Outlaw Ocean is not an easy read, and that's a good thing. Illegal fishing and its environmental impact, for one, and the outrageous number of individuals who end up being prisoners or slaves on boats thanks to things like debt bondage, for another, are two of the recurring themes in the book. Urbina writes about them with concern and authority — making the issues stick, which may hopefully lead to more action against both things. Also, Urbina isn't afraid to point fingers, adding an additional layer as it shows how much of the blame is shared between powerful institutions:

"Slavery is a harsh reality that our better angels would like to think ended two centuries ago, when many countries passes laws against such bondage within their borders. But this is sort of bondage is a global blindspot, because governments, companies, and consumers either don't know it occurs or, when they do, prefer to look the other way."

The Outlaw Ocean is an engrossing and immersive book that shows the ocean is the last frontier: a vast place where the laws don't apply. The narratives have a cinematic quality to them that is intensified by the many photos and drawings that accompany most each story. The book is the result of the journeys Urbina took to discover what goes on in our oceans. According to him, they spanned "forty months, 251,000 miles, eighty-five planes, forty cities, every continent, over 12,000 nautical miles, across all five oceans and twenty other seas." That he has condensed all that into 560 pages is a testament to his reporting skills and proof that outstanding writing is still one of the best tools we have to get to know the world we live in.