Accessibility links
Review: 'Ready Or Not' Is Brisk, Bracing And Bloody The film, about a wealthy clan who play a deadly game of hide-and-seek with a young woman (the fantastic Samara Weaving) marrying into the family, is fast, fun and not for the squeamish.

In The Brisk Horror-Comedy 'Ready Or Not,' Bluebloods Are Out For Blood

In The Brisk Horror-Comedy 'Ready Or Not,' Bluebloods Are Out For Blood 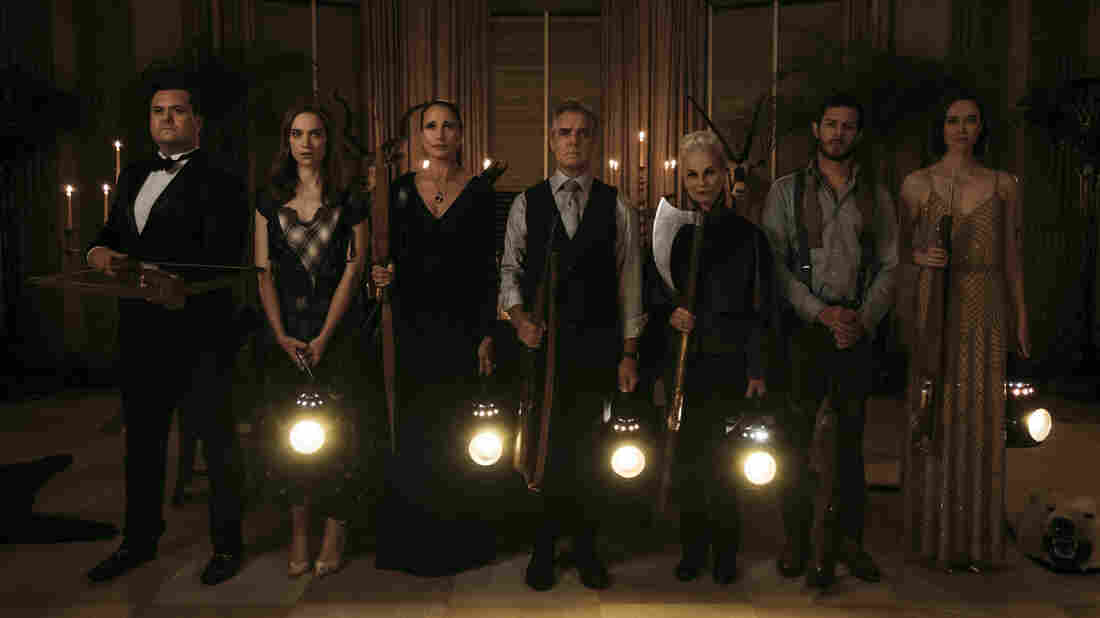 Come out, come out, wherever you are! In Ready or Not, a bride takes on her new husband's wealthy, murderous family in a twisted game of hide and seek. Eric Zachanowich/Fox Searchlight hide caption 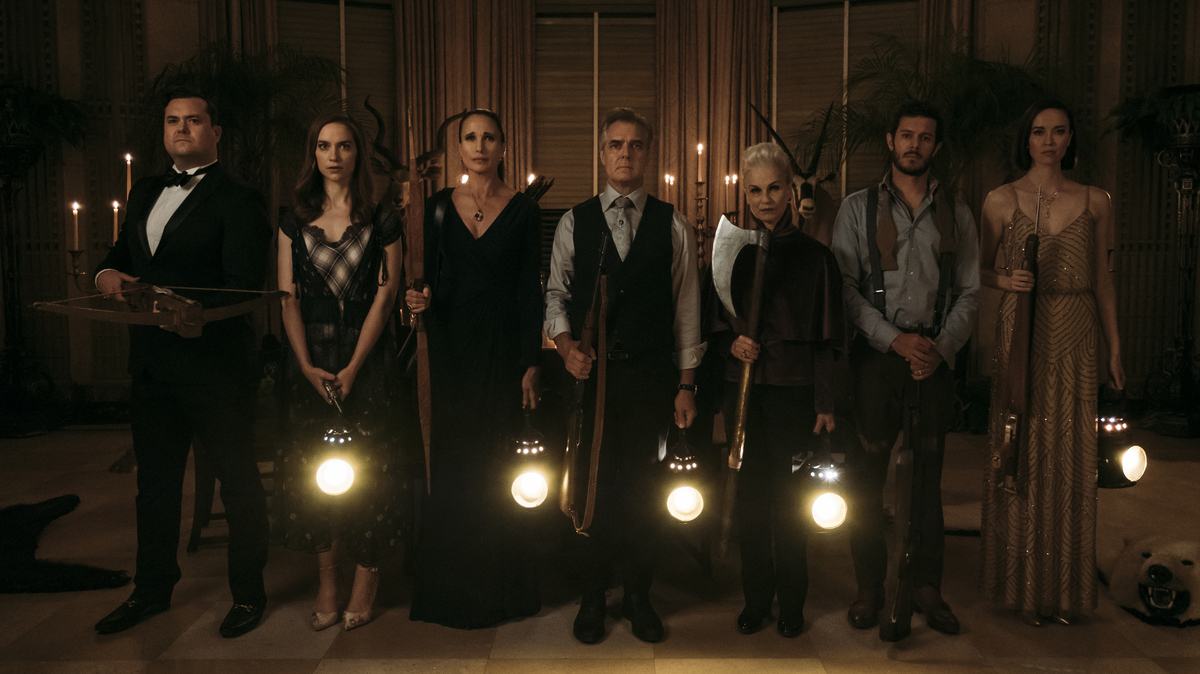 Come out, come out, wherever you are! In Ready or Not, a bride takes on her new husband's wealthy, murderous family in a twisted game of hide and seek.

Call it The Film About Rich People Hunting Poor People ... That Lived.

But that's a mouthful. Maybe The Hunt Strikes Back; it's pithier.

But with The Hunt withdrawn from release, Ready or Not assumes pride of place ... albeit in the doggiest of days of the dead of August. And what should have blossomed into a delicate arc describing an emerging cinematic trend (and launching a thousand thinkpieces in the process) instead reverts to a flat line connecting two 2019 movies that both feature 1. rich jerks wielding bladed weapons in elegantly appointed rooms and 2. dumbwaiters, probably. One assumes.

The star power in Knives Out (Chris Evans! Daniel Craig! Toni Collette! Jamie Lee Curtis!) may burn at notably higher wattage than that generated by Ready or Not (Andie MacDowell! Adam Brody! Henry Czerny!), but the latter film's cast is, fittingly, game.

None gamer than Samara Weaving, who plants both blood-splattered Chuck Taylors (more about those later) into the role of Grace, a young bride who marries into the wealthy Le Domas family at the film's outset. The Le Domases made their money in gaming — the Risk kind, not the Reno kind – and their wedding-night tradition of forcing new spouses to play a game seems harmless enough. As wedding-night traditions go, it beats the Macarena, anyway.

But on this night, the game chosen is Hide and Seek; as Grace soon comes to learn, the Le Domases aren't about to stop at seeking, when they can take the game further by slicing, and stabbing, and crossbowing, and shotgunning.

The film's just-over-ninety-minute running time helps ensure that the bloody set-pieces trot past at a brisk clip, offering clever variations on familiar horror story beats. The script, by Guy Busick and Ryan Murphy (not that one), has fun allotting the various Le Domases different bits of characterizing business (to Brody: alcoholic smarm, to Czerny: vowels that George Plimpton would have a tough time chewing through, to MacDowell: a steely smirk and a side-pony, and to Nicky Guadagni, as the disapproving Aunt Helene, a scowl so hilariously hostile it could peel varnish off a credenza.

Where the screenplay lets them, and us, down is in the dialogue. We keep waiting for wicked wit, but whenever a situation arises that would seem to call for venomous, socio-politically tinged barbs to get well and truly traded, the characters instead simply curse a bunch. The first time, it works as a bit of rug-pulling, a sudden, surprising deflating of suspense. But Busick and Murphy return to that particular well so often it quickly dries up.

But back to Samara Weaving, into whose large, expressive eyes viewers find ourselves locked the moment she first appears onscreen. And we stay there, with her, watching as her nuptial bliss turns into bemused concern, and then into mortal terror, and then, finally, cathartically, into cool, implacable vengeance. Weaving doesn't need it to, but the film helpfully charts her character's emotional arc sartorially. She begins the evening in a white lace wedding dress and long train; before the night is over she will lose the train, trade her high heels for those white Converse high-tops and rip the bottom of her dress off for greater range of butt-kicking movement. And while she will remain unbowed, she will grow increasingly battered and bloodied — this latter process happens gradually, as the lace of her dress soaks up the red along its network of tendrils and capillaries, until her once-white bridal outfit turns a brooding scarlet. No, it's not a subtle touch, but it's a great look.

As satire, Ready or Not struggles to lock onto a target besides "Rich folk are thoughtlessly cruel," which, as targets go, falls into the "Broad Side of Barn" category. But it's fast and fun, Weaving's pretty spectacular, and the finale is as cheerfully hokey as one can hope for.

One last thing. The tagline for the film that appears on its posters is "They're coming," which is hopelessly dull, a real missed opportunity, and is just what happens when studios fail to bring the best people — like, say, this reviewer — in for brainstorming sessions.

Because had I been consulted, I would have pitched the objectively light-years better tagline:

Because come on, that's gold, right there.