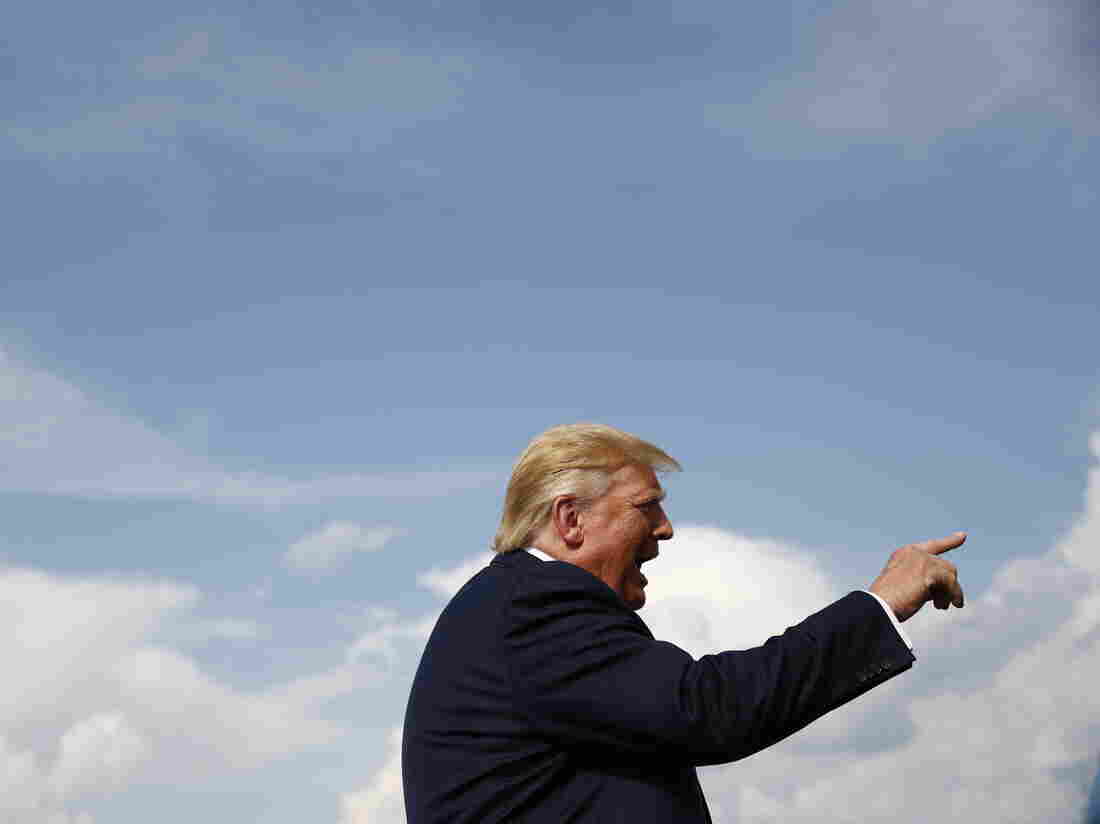 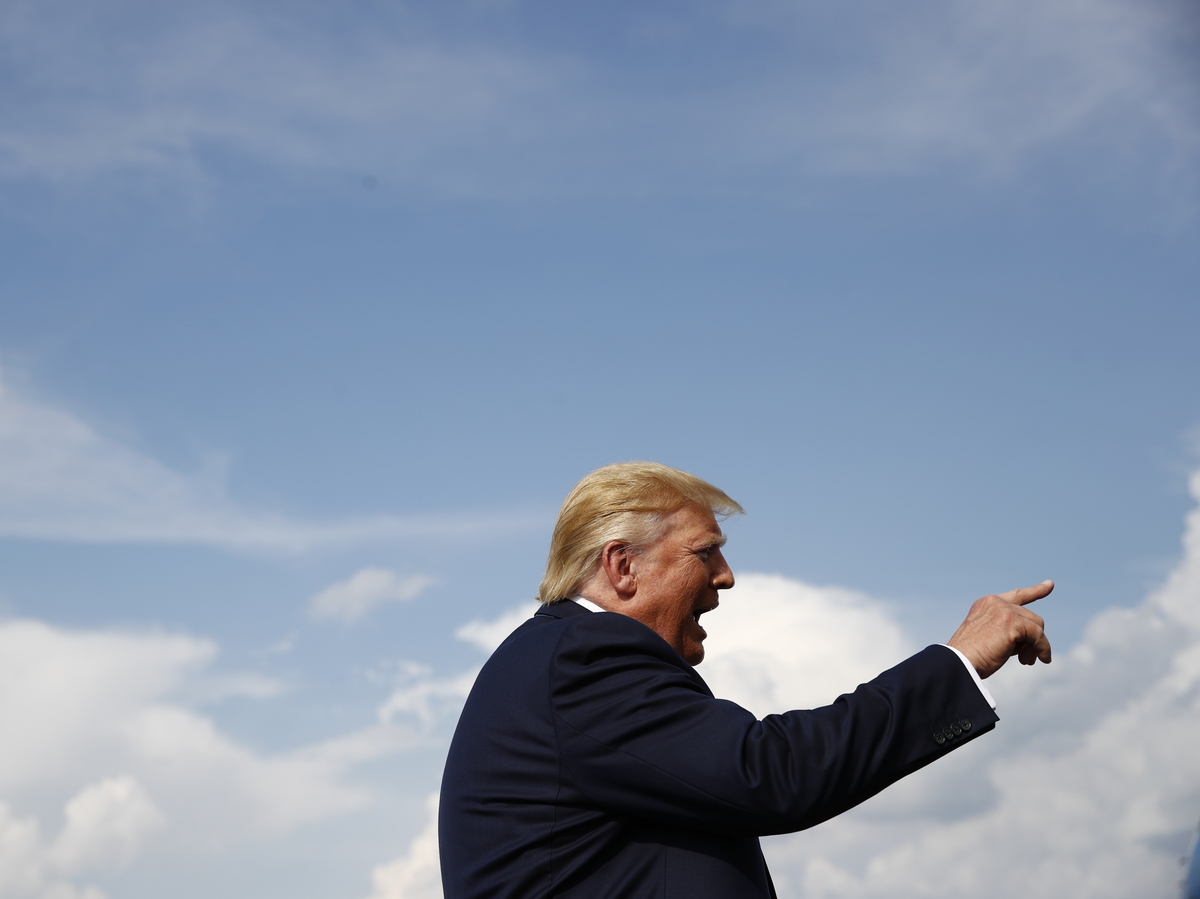 President Trump speaks with reporters before boarding Air Force One at Morristown Municipal Airport in Morristown, N.J., on Sunday. Among the topics was Trump's interest in buying Greenland from Denmark.

President Trump has called the Danish prime minister's comments "nasty" after she rejected the idea of selling Greenland to the United States as "absurd" — in an escalation of diplomatic tensions that began suddenly last week.

Trump complained Wednesday at the White House that Danish Prime Minister Mette Frederiksen's statement was "not nice" and showed disrespect.

"All she had to do was say 'No, we wouldn't be interested,' " he told reporters. "She's not talking to me, she's talking to the United States of America."

The president announced in a Tuesday night tweet that he was calling off his visit to Denmark. He said Denmark is "a very special country with incredible people," but that "based on Prime Minister Mette Frederiksen's comments, that she would have no interest in discussing the purchase of Greenland, I will be postponing our meeting ..."

He said he would reschedule his visit and thanked Frederiksen for saving "a great deal of expense for both the United States and Denmark by being so direct."

Denmark is a very special country with incredible people, but based on Prime Minister Mette Frederiksen’s comments, that she would have no interest in discussing the purchase of Greenland, I will be postponing our meeting scheduled in two weeks for another time....

The responses from Greenland and Denmark have ranged from frustration to anger.

Helle Thorning-Schmidt, who served as Denmark's first female prime minister from 2011 to 2015, expressed incredulity. "Is this some sort of joke?" she wrote on Twitter. "Deeply insulting to the people of Greenland and Denmark."

Lars Lokke Rasmussen, who became prime minister after Thorning-Schmidt, said, "It is no shame not to show up if you haven't been invited ... but if you have invited yourself."

Rasmus Jarlov, a member of Danish parliament, agreed that the cancellation was insulting, tweeting, "As a Dane (and a conservative) it is very hard to believe... Are parts of the US for sale? Alaska? Please show more respect."

Morten Ostergaard, the leader of Denmark's Social Liberal party, said Trump's move "shows why, more than ever, we should consider the EU countries as our closest allies." He added, "The man is incalculable."

Earlier this week, Trump confirmed a story first reported in The Wall Street Journal that he had asked aides to look into the idea of buying Greenland, a self-governing Danish overseas territory.

I promise not to do this to Greenland! pic.twitter.com/03DdyVU6HA

Speaking to reporters on Sunday, he compared the idea to "a large real estate deal" and said "it's something we've talked about." He suggested that the island, which is financially reliant on Denmark, had become a burden for Copenhagen and that it was "strategically interesting" to the United States.

In a tweet on Monday, the president posted a digitally altered photo of a golden Trump Tower superimposed on a seaside village with the caption, "I promise not to do this to Greenland!"

Trump, who was invited to visit Denmark by Queen Margrethe II and was scheduled to arrive there on Sept. 2, had said Sunday that any visit to the Scandinavian country would not be for the purpose of discussing a Greenland deal, a claim he appeared to contradict by canceling the trip.

In Denmark and Greenland, reaction to the president's suggestion ranged from a polite "no" to open derision.

"Greenland is not for sale," Frederiksen said while on a trip to Greenland earlier this week. "I strongly hope that this is not meant seriously."

When the story first surfaced, former Prime Minister Rasmussen tweeted incredulously that the idea must be an "April Fool's Day joke."