Accessibility links
Trump Says Russia Should Be Readmitted To G-7 "I think it's much more appropriate to have Russia in," President Trump told reporters. In Russia, the Foreign Ministry spokeswoman said discussions should move from the media "to the expert level." 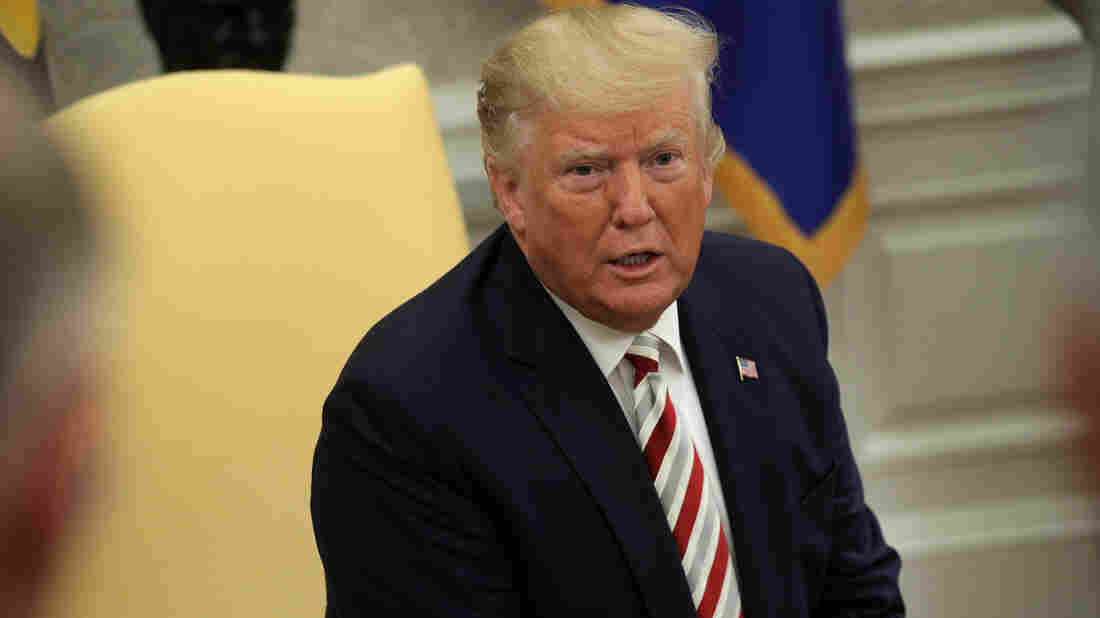 President Trump speaks to reporters in the Oval Office on Tuesday. He said that Russia should be allowed back into the G-7. Alex Wong/Getty Images hide caption 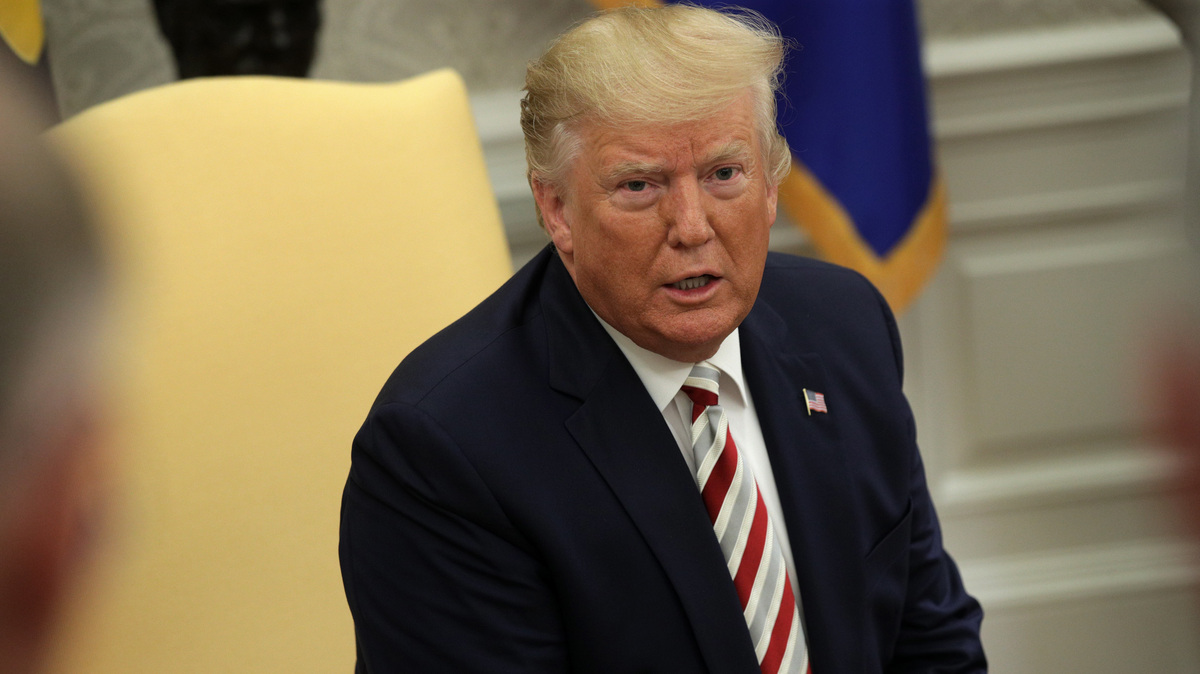 President Trump speaks to reporters in the Oval Office on Tuesday. He said that Russia should be allowed back into the G-7.

President Trump says Russia should be allowed to rejoin the Group of Seven industrial nations, and Russia's Foreign Ministry has welcomed his remarks.

Speaking with reporters in the Oval Office on Tuesday, before his scheduled trip to France for the G-7 summit, Trump encouraged Moscow's return to the elite group.

"I think it's much more appropriate to have Russia in," he said. "It should be the G-8 because a lot of the things we talk about have to do with Russia."

Trump blamed Obama for Russia's ouster, claiming that it was the result of his predecessor's humiliation on the world stage. Offering little to substantiate his claim, Trump said, "President Obama didn't want Russia in because he got outsmarted."

U.S. Tests Missile With A Range Prohibited By Now-Abandoned Treaty

Russia was excluded from the G-7 in 2014 after its troops invaded Ukraine and President Vladimir Putin annexed Crimea. Western leaders condemned the actions as a "clear violation of international law" and sought to penalize the Russian government.

"Initiatives need to be outlined and handed over to Russia for consideration," Zakharova said. "At the moment, it is hard to understand what it is all about, so if the G7 wants to position itself as a serious platform, the discussion should be moved from the media field to the expert level."

Trump's appeal on Tuesday was not the first time he had called on the group – France, Germany, Britain, Canada, Italy and Japan — to bring Russia back into the fold. In June 2018, Trump told reporters that "we should have Russia at the negotiating table."

His remarks on Tuesday did not include a mention of Crimea or any conditions for Russia to be reinstated.

Another leader, French President Emmanuel Macron, has called on Moscow to help end the conflict in Ukraine ahead of the summit. But at a meeting with Putin in southern France on Monday, Macron also championed Russia as a European nation.

"Russia is European, deeply European," Macron said. "We believe in this Europe, which stretches from Lisbon [Portugal] to Vladivostok [Russia]."

Brookings Institution fellow Alina Polyakova told NPR that Trump's comments are not surprising because he has made similar comments in the past. "The U.S. has maintained sanctions on Russia despite the president's consistent pro-Russian remarks," Polyakova said.

But "the view on Russia could be softening elsewhere," she added, pointing to Macron's comments.

The summit started in 1975 when leaders of six industrial countries met at the Chateau de Rambouillet, an hour outside Paris, to discuss the economic crisis. Canada joined the next year. And in 1991, the G-7 invited Mikhail Gorbachev, the last leader of the Soviet Union, to talks in London. Russia was formally admitted to the group in 1998.