Accessibility links
China Vows Sanctions After U.S. Arms Sales To Taiwan The State Department approved an $8 billion sale of fighter jets and related equipment to the self-governing island. China views the sale as a violation of its sovereignty. 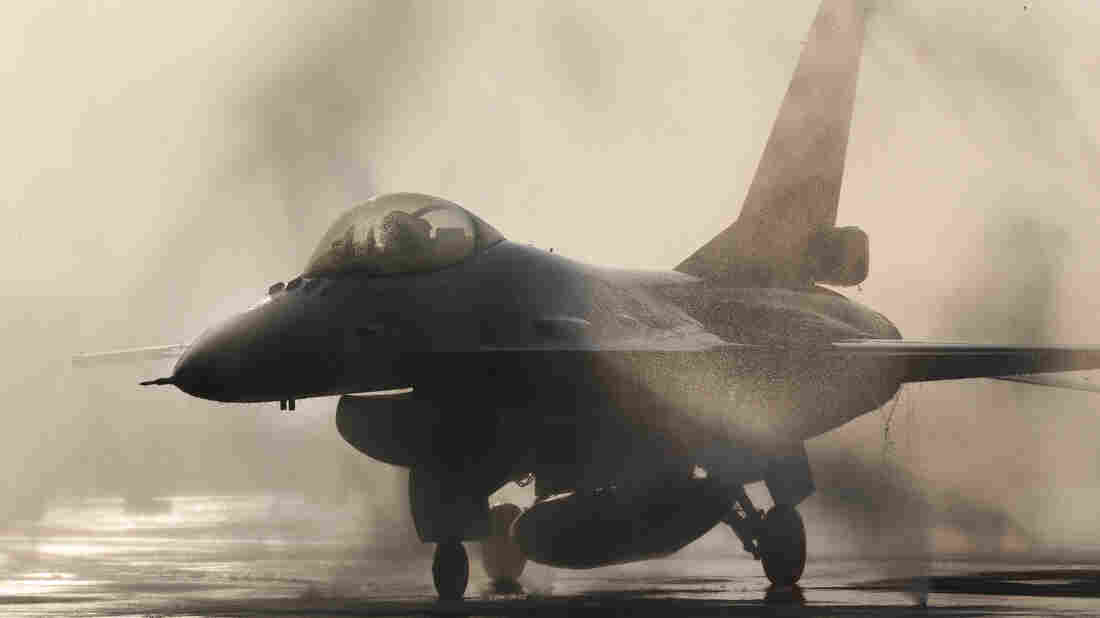 An F-16 jet fighter is washed on the tarmac at an air force base in Taiwan. The State Department has approved the sale of 66 fighter jets to the island. Wally Santana/AP hide caption 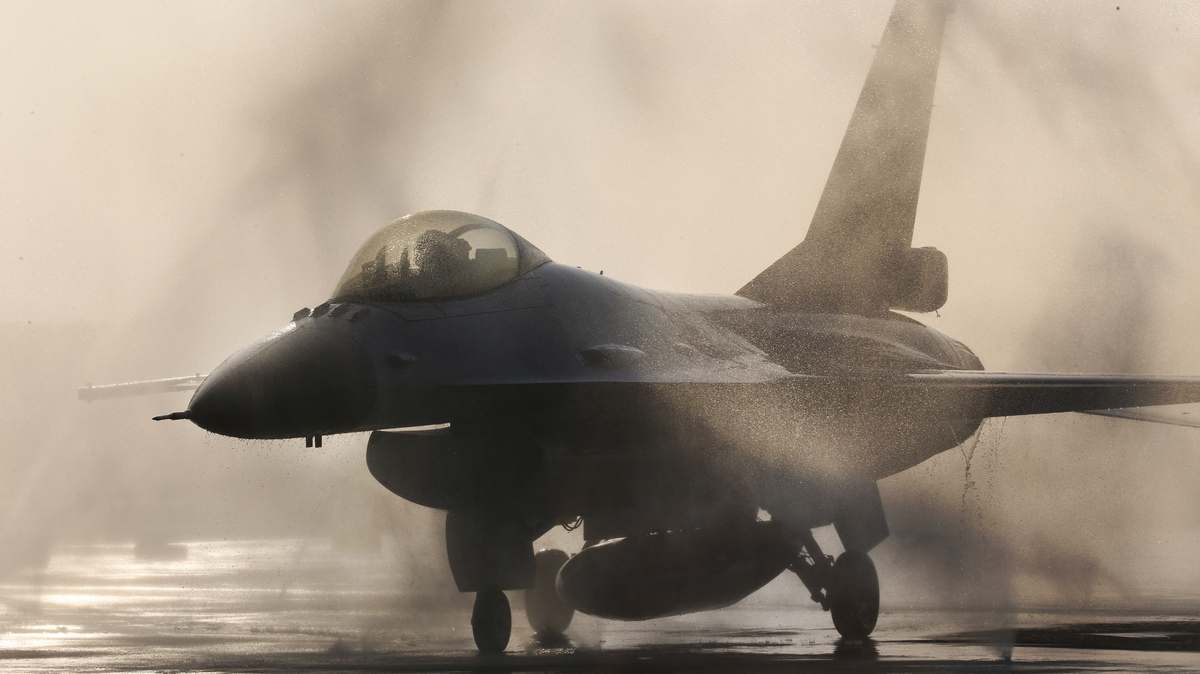 An F-16 jet fighter is washed on the tarmac at an air force base in Taiwan. The State Department has approved the sale of 66 fighter jets to the island.

China is threatening sanctions on U.S. firms selling arms to Taiwan, after the U.S. government said it supported an $8 billion sale of fighter jets and other equipment to the island.

The Defense Security Cooperation Agency released a statement Tuesday that the U.S. State Department had approved a possible sale of 66 F-16 fighter jets and related equipment.

Derek Grossman, a senior defense analyst with Rand Corp., said, "I think the threat of sanctions right now is quite vague. If you recall last month after the U.S. sold $2 billion worth of Abrams tanks to Taiwan, China similarly threatened sanctions, but nothing has really transpired thus far."

Grossman continued, "The firms involved in building the F-16s, they don't do a whole lot of business in China, and so how that is going to impact those companies' bottom lines is to be determined."

Taiwan is self-governing, and has had de facto independence from China since 1949. China considers Taiwan to be part of its territory which should eventually be reunited with the mainland. When the U.S. switched its official diplomatic ties from Taipei to Beijing in 1979, it vowed to defend Taiwan if China attempted to take the island by force.

China's military capabilities dwarf Taiwan's, and it says American arms sales to the island violate China's sovereignty. News of the proposed arms sale comes amid growing tensions between the U.S. and China over trade and pro-democracy protests in Hong Kong.

This sale of fighter jets is the fourth package of arms sales to Taiwan from the Trump administration.