Accessibility links
Miami Gunman Suspected In Shooting Outside Synagogue Arrested Police say Carlints St. Louis went to a police station hoping to create an alibi for a shooting he allegedly committed, but he ended up setting the stage for his own arrest. 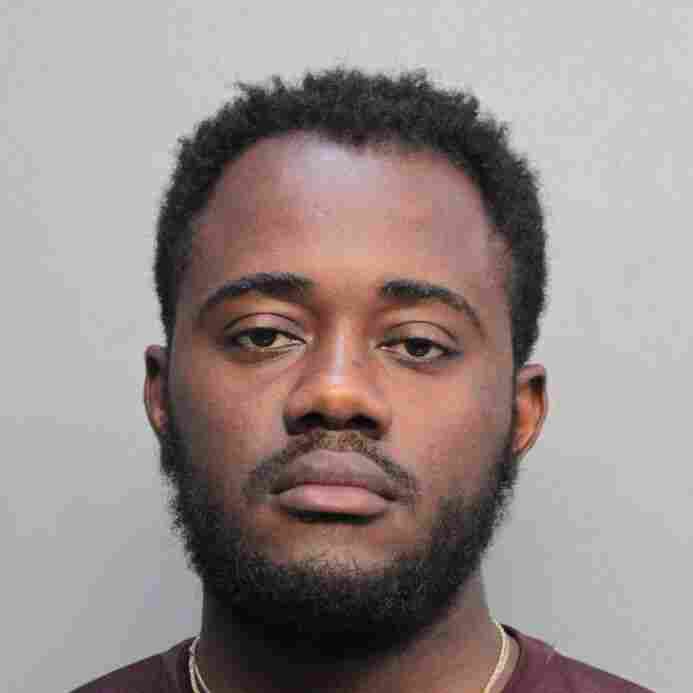 Miami-Dade police arrested Carlints St. Louis on Tuesday. Authorities say he committed a July shooting that wounded a 68-year-old man as he was walking to a Miami synagogue. Miami-Dade Police Department hide caption 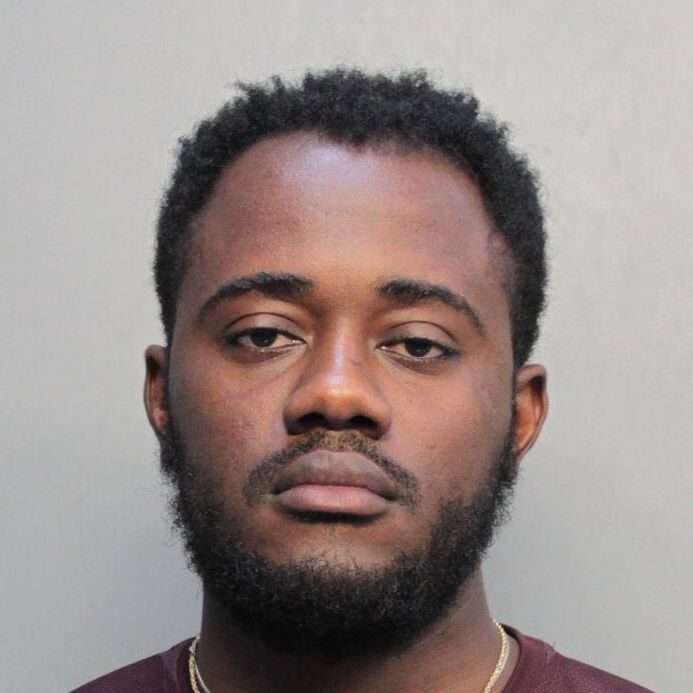 Miami-Dade police arrested Carlints St. Louis on Tuesday. Authorities say he committed a July shooting that wounded a 68-year-old man as he was walking to a Miami synagogue.

A man in Miami seemed to be trying to clear his name this week when he presented himself to police as someone who had his gun stolen recently, but the event took a surprising turn when police realized he was the man they suspected in a high-profile shooting over the summer.

Miami-Dade police Det. Lee Cowart told NPR that when Carlints St. Louis walked into a Florida police station saying his gun had gone missing it was "the icing on the cake" after authorities had been homing in on him in recent weeks.

Before he had apparently tried to create an alibi for a shooting authorities say he committed, investigators had been interested in him and tracking him. Police say they pinpointed his presence at the scene of the shooting using cellphone tower data.

Yet when police searched his car a day after he told authorities his gun was missing, authorities found a semi-automatic ammunition magazine, and the casings matched the rounds recovered from the scene of the shooting that left a man wounded.

"Obviously, his own reporting of his gun missing was golden in terms of recovering that magazine," Cowart said.

On July 28, police say St. Louis drove to the Young Israel of Greater Miami Synagogue in North Miami Beach, got out of his car and "assumed a shooting stance while pointing a firearm at the victim," unloading several rounds at an elderly man preparing for the start of synagogue services, according to an arrest affidavit provided to NPR.

The victim, 68-year-old Yosef Lifshutz, was hit by bullets multiple times in the legs. After being rushed to a local hospital, Lifshutz survived and is recovering.

Prosecutors said they are investigating the case as a possible hate crime.

"Acts of violence will not be tolerated in our community, particularly in sacred places of worship," said Miami-Dade State Attorney Katherine Fernandez Rundle in a statement to NPR on Wednesday.

St. Louis is facing counts of attempted felony murder, discharge of a firearm from a vehicle and aggravated battery on an elderly person.

"I am committed to filing the appropriate charges based on the evidence we uncover, and to vigorously prosecute this case to the fullest extent of the law," Rundle said.

St. Louis is being detained as he awaits trial after a judge denied him bail.