Accessibility links
Gov. Jay Inslee, Who Ran On Climate Change, Withdraws From Presidential Race "It's become clear that I'm not going be carrying the ball, I'm not going to be the president," Inslee said on MSNBC. 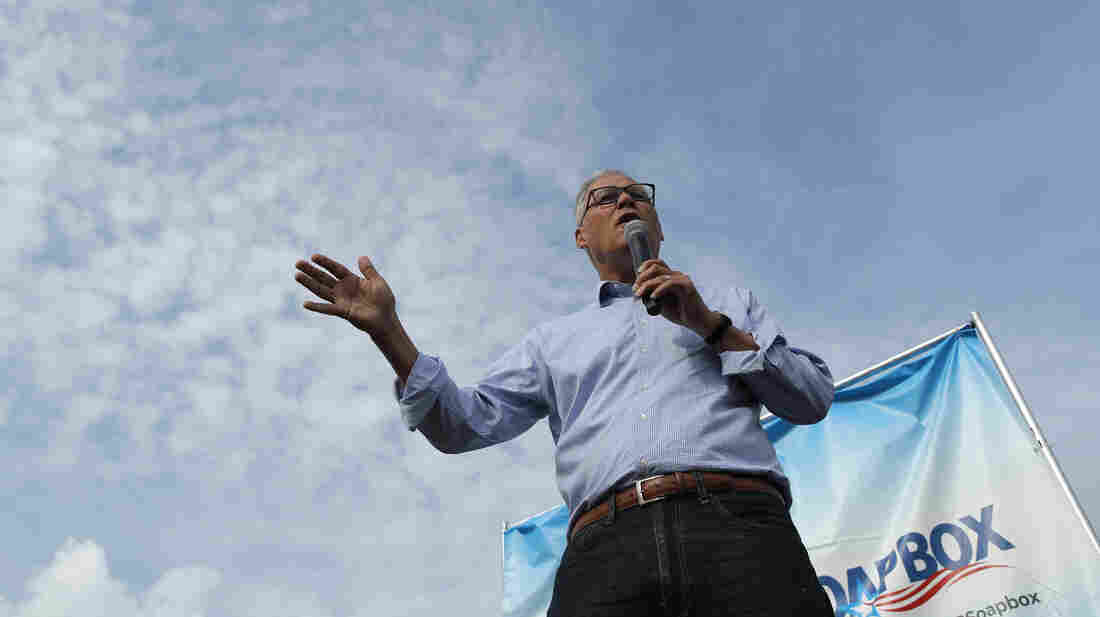 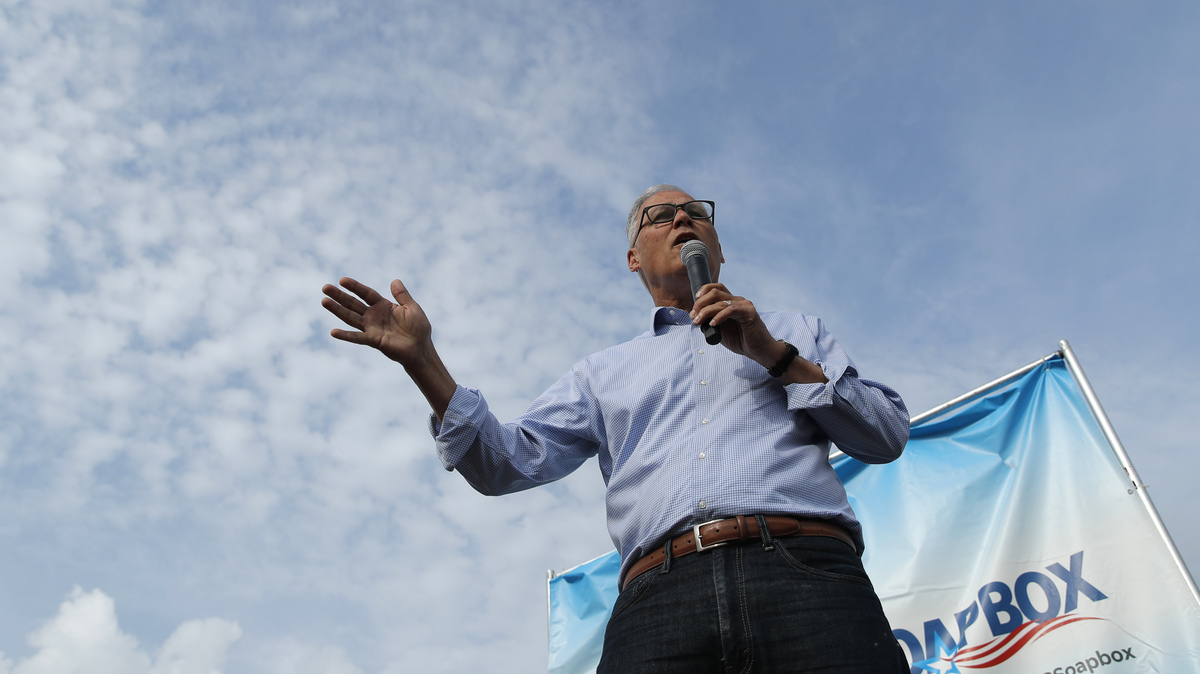 Democratic presidential candidate Jay Inslee announced Wednesday that he is withdrawing from the race.

"It's become clear that I'm not going be carrying the ball, I'm not going to be the president, so I'm withdrawing tonight from the race," the Washington governor said on MSNBC's The Rachel Maddow Show.

Inslee made climate change a top issue as a candidate. He proposed a 10-year action plan to, according to his campaign website, "achieve 100% clean electricity, 100% zero-emission new vehicles and 100% zero-carbon new buildings."

"[Climate change] does call for a president to make this Job 1, because if it is not Job 1, it won't get done," Inslee told NPR in March. "We have to understand if we don't solve the climate crisis, it will prevent us from dealing with all of our other hopes and challenges."

But despite his focus on the issue, he didn't qualify for CNN town hall on climate next month and hadn't qualified for the September presidential debate.

In an message to his supporters, Inslee thanked them for helping change the "entire national dialogue" on climate change.

"Before I decided to run, Trudi and I — my wife of nearly 47 years — decided in our final days we wanted to be able to tell our three grandchildren, Brody, Zoe, and Chase, that we had done everything in our power to defeat this crisis," he wrote.

"It is because of you and hundreds of thousands of others in this movement that we can now say that we have enjoyed one of life's greatest gifts — to make a difference on a big issue."