Accessibility links
Review: 'Vita & Virginia' Is A Standard Brit Drama That Wants To Be More The film, based on Eileen Atkins' play about the correspondence between Virginia Woolf and Virginia Sackville-West, is a standard British period drama that tries, and fails, to be something more. 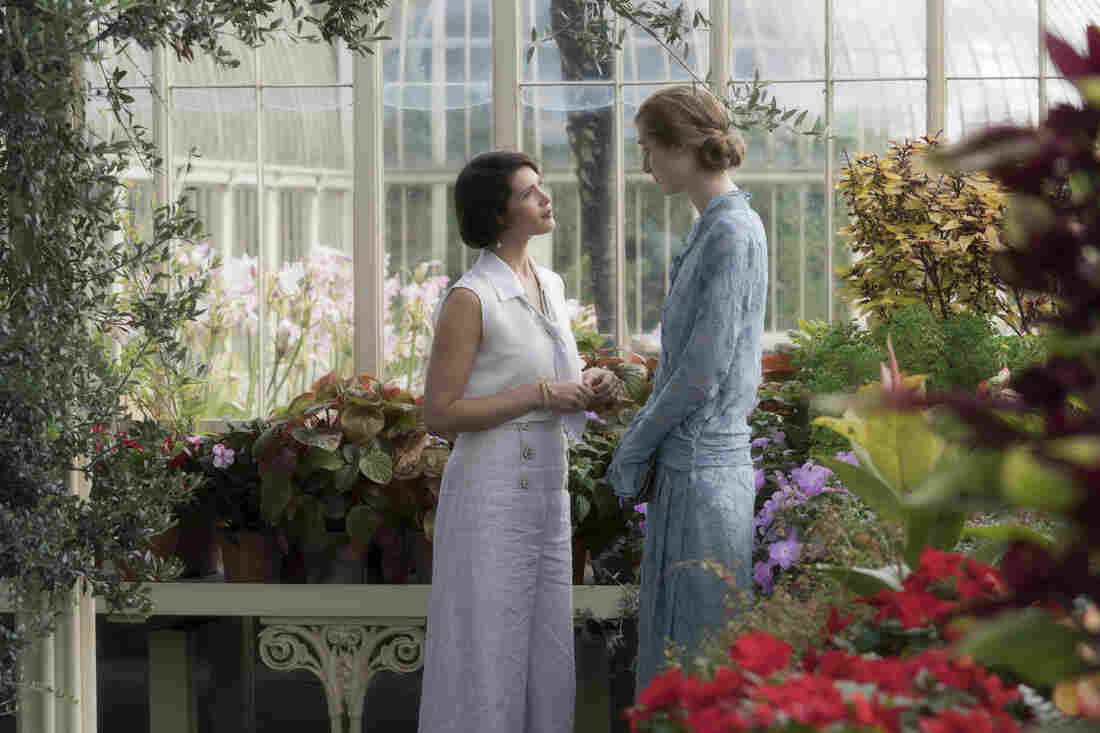 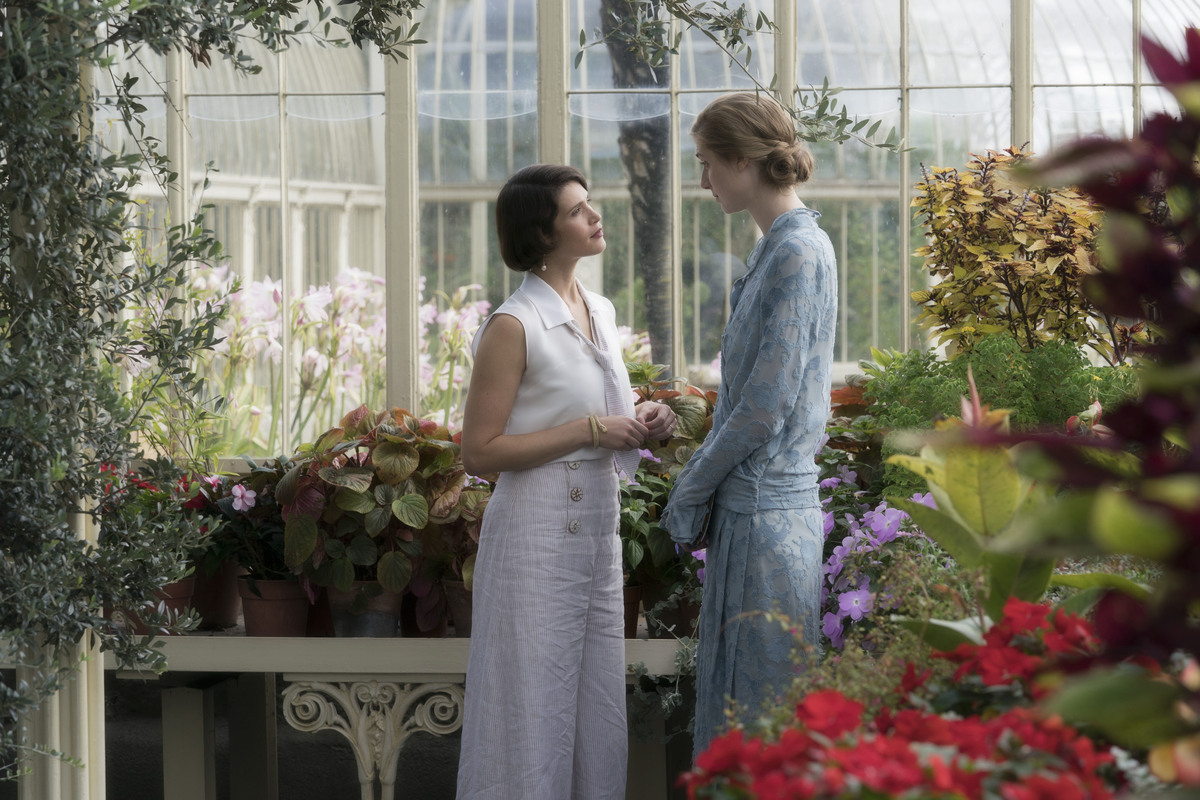 Gemma Arterton (left) and Elizabeth Debicki (right) star as socialite Vita Sackville-West and novelist Virginia Woolf in this true story about the love affair behind one of Woolf's greatest works.

"Does she make you want to write, or to live?" The "she" in this question, posed by a minor character in Vita & Virginia, is Vita Sackville-West, a very successful writer a century ago. The "you" is Virginia Woolf, whose literary reputation has held up much better. If not for her affair with Virginia, Vita would be largely forgotten today.

Globe-trotting, trousers-wearing Vita (Gemma Arterton) is portrayed as the dynamic one of the duo. Yet the focus is on depressive Virginia, played by willowy and intense Elizabeth Debicki in a characterization that might have well have come from Lars von Trier's Melancholia. The filmmakers' sympathies are with the woman almost everyone calls Mrs. Woolf. For this is a movie that wants to write, not to live.

In fact, Vita & Virginia is rooted in the two women's letters, which were adapted into a stage piece by actress-author Eileen Atkins. That 1992 play is the basis for this drama, which Atkins co-scripted with director Chanya Button. Together, they've constructed a literary romance that's intermittently compelling but mostly just odd.

That's not entirely inappropriate, since both women are living unconventional lives when they meet. Vita and her diplomat husband, Harold Nicolson (Rupert Penry-Jones), are devoted to each other, even though both prefer sexual partners of their own gender. Harold is more discreet, so Vita's bourgeois mother (Isabella Rossellini) worries about only her daughter's reputation.

Erotically, life is much quieter in the Woolf household, where Leonard (Peter Ferdinando) serves as editor, publisher, and nurse to his "wickedly brilliant" spouse. Also looking after Virginia is her sister, painter Vanessa Bell (Emerald Fennell), and the rest of the arty crowd in London's Bloomsbury (mocked by one of Vita's friends as "Gloomsbury").

'The World Broke In Two': Four Writers, One Transformational Year

Filmed in part at Vita's actual ancestral home, Vita & Virginia looks like a standard British costume drama. Yet it sometimes strives to become something else, notably when the play asserts itself. Then Arterton and Debicki look straight into the camera, their faces in shallow focus, and read from Vita and Virginia's flowery love notes to each other. There are also mild horror-movie moments when Virginia's black moods are CGI'd as amok vegetation or a flock of ravens.

Another alienating touch is Isobel Waller-Bridge's synth-pop score, which sounds like a string of Depeche Mode B-sides with the vocals stripped away. The tuneful bleeps are hardly enough to transform the movie into an out-of-time epic like Orlando, the epoch-spanning book (and 1992 film) in which Woolf fictionalized and memorialized Sackville-West.

Like so many cinematic romances, Vita & Virginia fails to dramatize falling in love convincingly. Rather than talk about their lives, the two women mostly discuss writing. Some of what they say is interesting, but it seldom resembles human conversation. The script attempts to turn interior monologues into dialogue, and requires Debicki to utter cosmic musings that make her sound more like a pothead than a philosopher.

While Virginia broods, Vita flits in and out of her life. Despite one scene that depicts them together in bed, in this telling the two women don't really seem to know each other very well.

There's a conspicuous piece of evidence to indicate that the film gets this wrong: Orlando itself, a book in which Woolf riffs extravagantly on Sackville-West's life, character, and family history. The movie proposes that Vita tried but ultimately failed to extricate Virginia from her morose self. But her own writings demonstrate that, however fragile Woolf was, she wasn't locked into that room of her own.