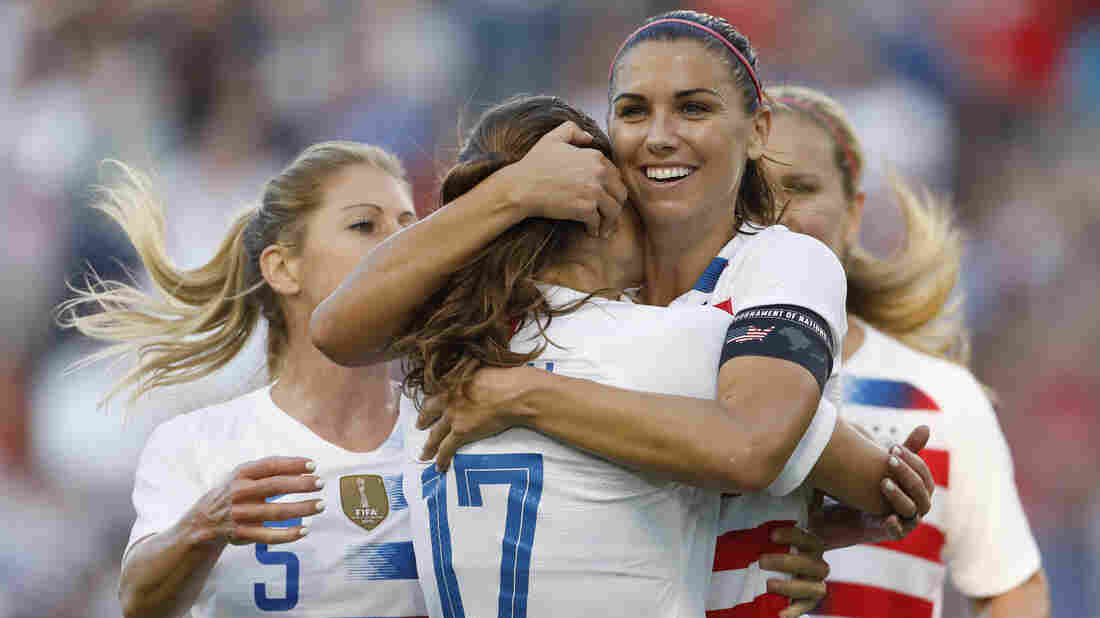 U.S. forward Alex Morgan celebrates her hat trick with defender Tobin Heath (17) and other teammates during the second half of a Tournament of Nations soccer match against Japan in July 2018. Colin E. Braley/AP hide caption 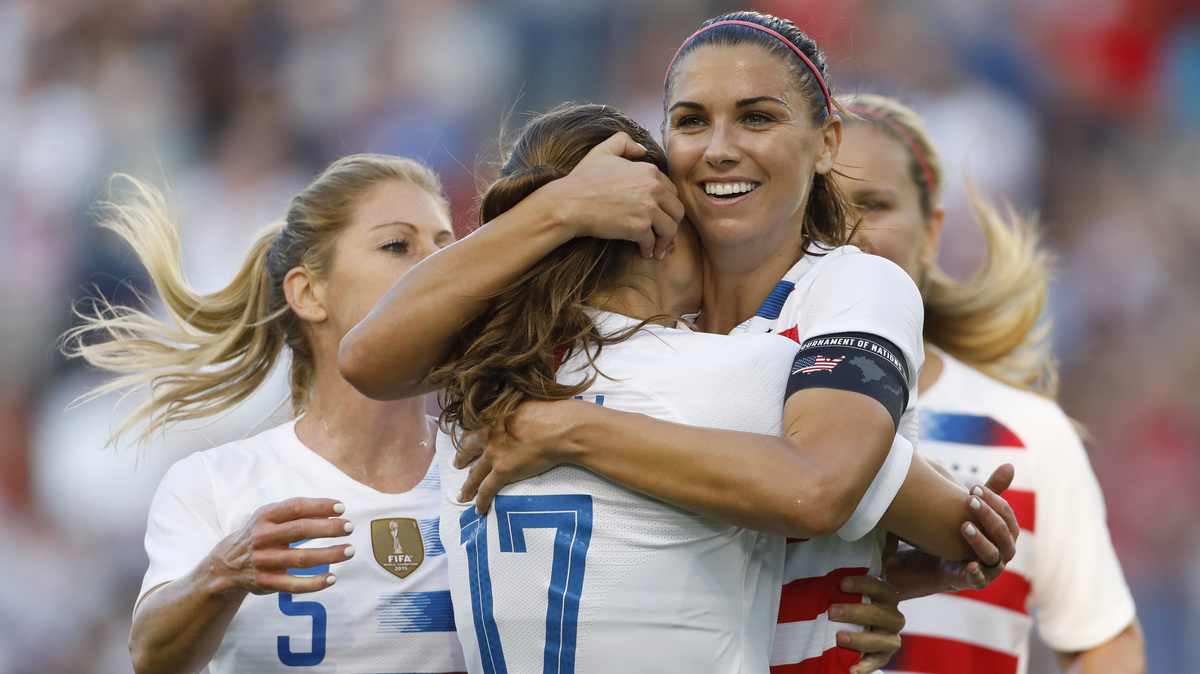 U.S. forward Alex Morgan celebrates her hat trick with defender Tobin Heath (17) and other teammates during the second half of a Tournament of Nations soccer match against Japan in July 2018.

The U.S. women's soccer team is still savoring its victory after capturing the World Cup championship this summer. But off the field, the players continue to battle a gender discrimination case against their employer, the U.S. Soccer Federation.

The women are demanding pay equal to that of their counterparts on the men's national soccer team. U.S. Soccer says it pays women more than men in salaries and game bonuses.

Last week, mediation efforts between the two sides broke down, so on Monday a federal judge set a trial date: May 2020, just weeks before the women's team will begin play at the Tokyo Olympics.

"I don't think we know soccer without distraction. We feel like we have always been fighting for a seat at the table and we have always fought for everything that we've earned, so having the case be pushed up to May I think is good overall," Morgan tells NPR's David Greene.

On whether the rift between her team and U.S. Soccer can be healed

Obviously, as it gets closer to trial, it's probably going to get uglier, so I think that will take more time to heal. However, knowing that U.S. Soccer is our employer and we want to represent our country on the highest level and we want to move forward together ... I'm hopeful in the next nine months that we can find a resolution that suits us both in that the women and the men are paid equal in compensation. If not, then I can see it continuing on this path until trial.

On her plans to participate in a fourth World Cup

I'm really confident that I can continue to play at the top of my game for another four years, so I'm really excited to continue on this journey with the national team, and with my club team, Orlando Pride, in 2023, whether that's in Australia or wherever else because there's currently 10 countries bidding for the 2023 [Women's] World Cup. I hope to be there.

Milton Guevara and Jessica Smith produced and edited this story for broadcast. Heidi Glenn adapted it for the Web.