Accessibility links
The 1619 Project : 1A "We really tried to select stories that would go across the spectrum of American life," journalist Nikole Hannah-Jones told us. 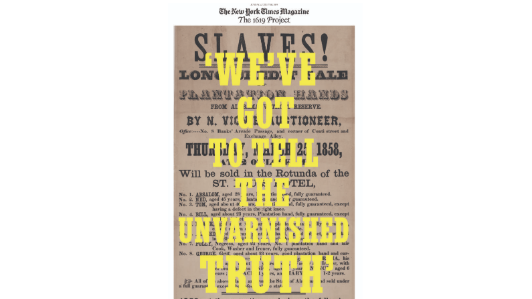 In August 1619, a ship docked at Point Comfort, Virginia. Its cargo shaped what would become America in distinct, precise and verifiable ways.

Four hundred years ago, the colonies received their first slaves.

It's called the 1619 Project, and it debuted this past weekend.

We spoke with Nikole Hannah-Jones, a New York Times Magazine correspondent and the mind behind this project. Writer Linda Villarosa and critic Wesley Morris also joined us to talk about myths around racial differences in medicine and the legacy of music with its roots in black culture.