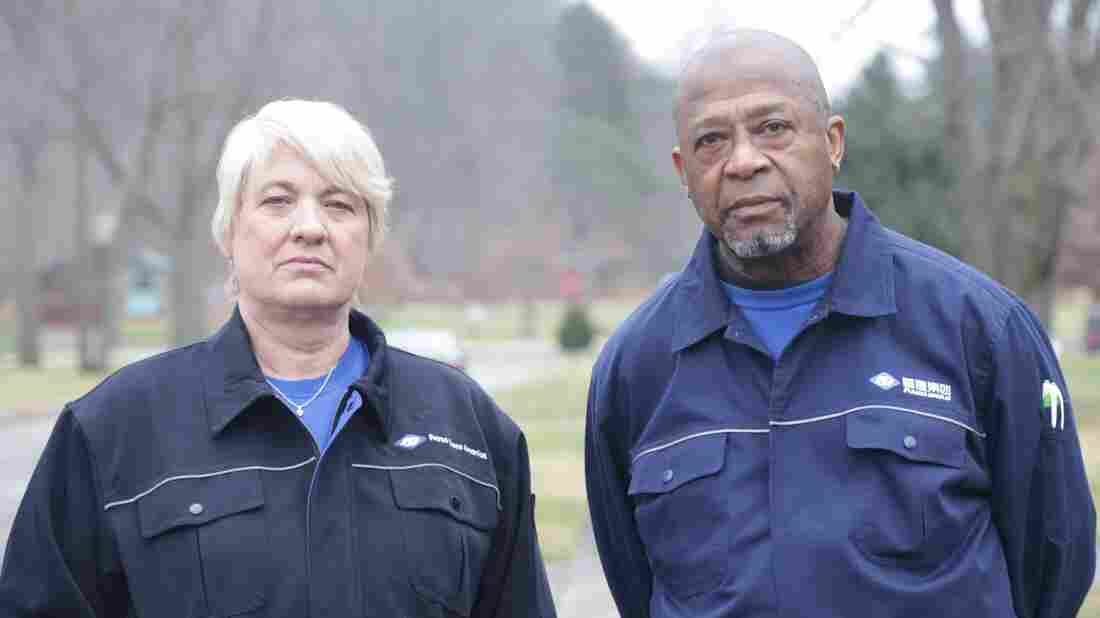 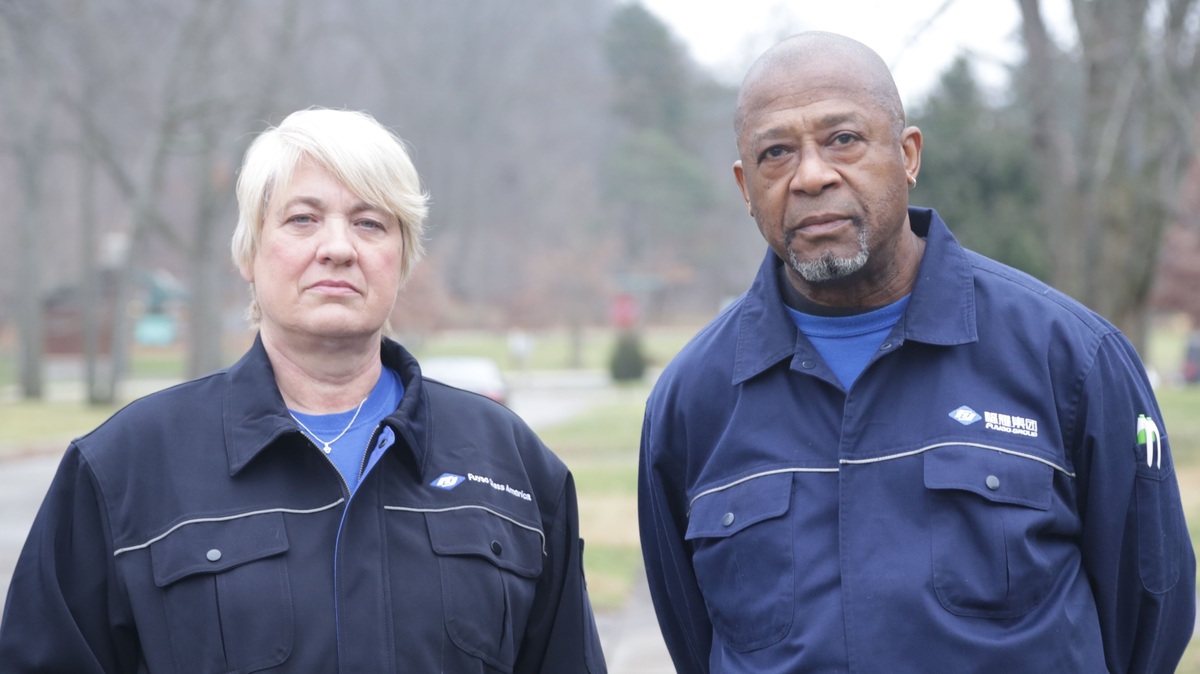 American workers Jill Lamantia and Bobby Allen struggle to adapt to the expectations of Chinese management in the documentary American Factory.

In the 1960s, there was a terrific comedy in which a teenage Maoist scrawls a bit of graffiti that would become famous: "CHINA IS NEAR." Half a century on, China is here. It's here on our screens, where Hong Kong protests domination by the Communist mainland. It's here in the tariff war between President Trump and Chairman Xi. And, of course, it's here inside the cell phones we all worship.

China's arrival in the American workplace is the subject of a fine new Netflix documentary American Factory by Julia Reichert and Steven Bognar, who've spent years chronicling blue-collar lives. Set on the outskirts of their home city of Dayton, Ohio, this measured, deeply moving film takes a familiar idea — the notion of an American factory — and shows how tricky that concept has become in today's globalized economy.

The story begins with a 2008 prologue in which General Motors shutters its Moraine, Ohio, plant, chucking 2,400 union workers out of work and into years of desperate struggle. Then, in 2015, comes hope. The Chinese company Fuyao, which makes glass for automobiles, decides to reopen the plant and hire 1,000 locals. Led by its self-made billionaire owner, Chairman Cao Dewang, Fuyao brings along 200 experienced Chinese employees to oversee production.

At first, the film shows things going OK. True, a worker like Shawnea Rosser is making only $12.84 an hour, way down from the $28 she earned at GM. And true, the Chinese are frustrated that the Americans work so slowly — "They have fat fingers," one says. Still, everyone wants the factory to succeed. Furnace supervisors like Rob Haerr and Wong He become friends, while others seek to understand their cultural differences. When it comes to work, these are profound.

We see this in two contrasting Fuyao celebrations. In the first, a few Ohio workers fly to China and watch the company's New Year festivities, a heavily scripted display of totalitarian kitsch, complete with dancing girls and little kids singing about teamwork and corporate success. The second is the American factory's opening ceremony, at which Ohio senator Sherrod Brown startles and enrages Cao and his American execs by saying he hopes the plant will be unionized. If you think American capitalists don't like unions, try the Chinese Communists.

While Americans expect eight-hour days with vacations and benefits, Fuyao management is used to Chinese employees who work 12-hour shifts, with one day off a month, often sharing dorm-like apartments. The bosses think Americans lazy for talking on the job. Meanwhile, the Americans grow dispirited by the relentless factory regimen.

Reichert and Bognar are clearly on the side of the workers, both American and Chinese, yet their film is no Michael Moore polemic. It's an old-school observational documentary in the very best sense of the term. They don't approach the Fuyao story with a thesis, don't dehumanize the Chinese, don't tell us what to think. Working with 1,200 hours of footage — heroically edited by Lindsay Utz — they have amazing access to a complex economic reality that is touchingly hard on workers.

Eventually, many of Fuyao's American workers get fed up with the factory's cramped, hectoring conditions. I won't say what happens, but watching events play out is an education in the workings of the global economy. From the factory floor to the boardroom, everyone is caught in the logic of the market, which defines everything in terms of the bottom line. If you don't help maximize profit, you're gone. We're not surprised when Cao starts to replace his workers with robots.

Reichert and Bognar capture a reality facing millions of Americans. Even as their wages go down and they long for the comfortable lives folks like them once could afford, workers in China — whose low pay has driven down wages all over the Western world — enjoy a prosperity they've never known. Life's looking rosier for them. Their 12-hour work-day, without time off or benefits, represents the rising model of labor in 21st century capitalism.

Near the end of American Factory, Chairman Cao strolls outside a glassy, pillared mansion that contains what looks like a shrine to himself. "The point of living is to work," he says. "Don't you think so?" It's hard to think of a sadder, or scarier, line in any movie this year.