Accessibility links
Taylor Swift's 'Lover' Has Arrived: Listen Now The promotional campaign was protracted, the messaging confusing, and the music ... well, let's find out, shall we? 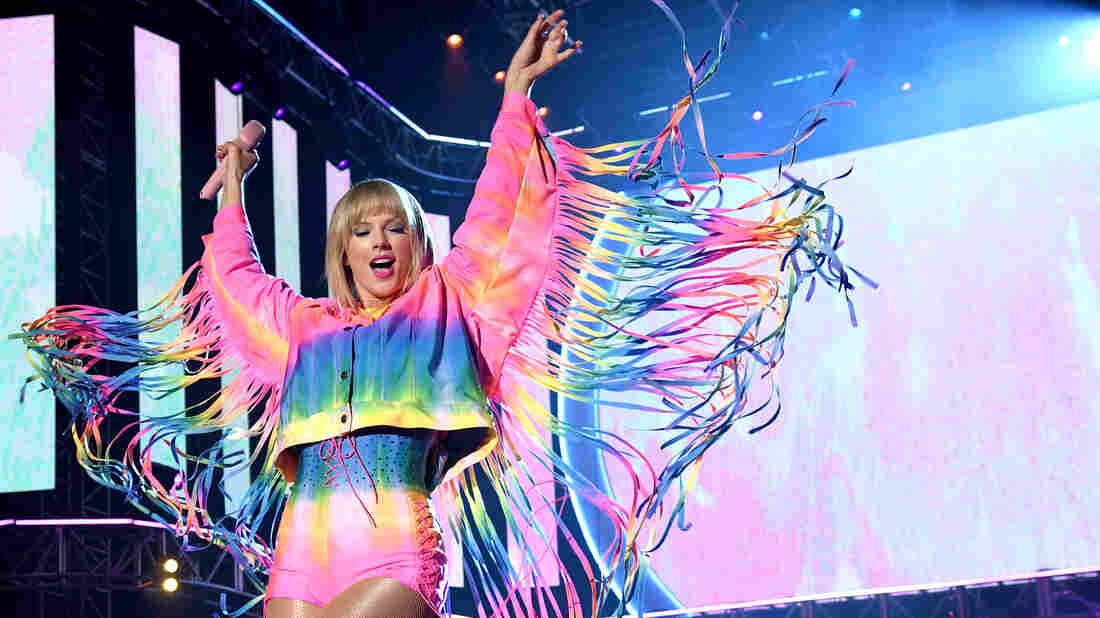 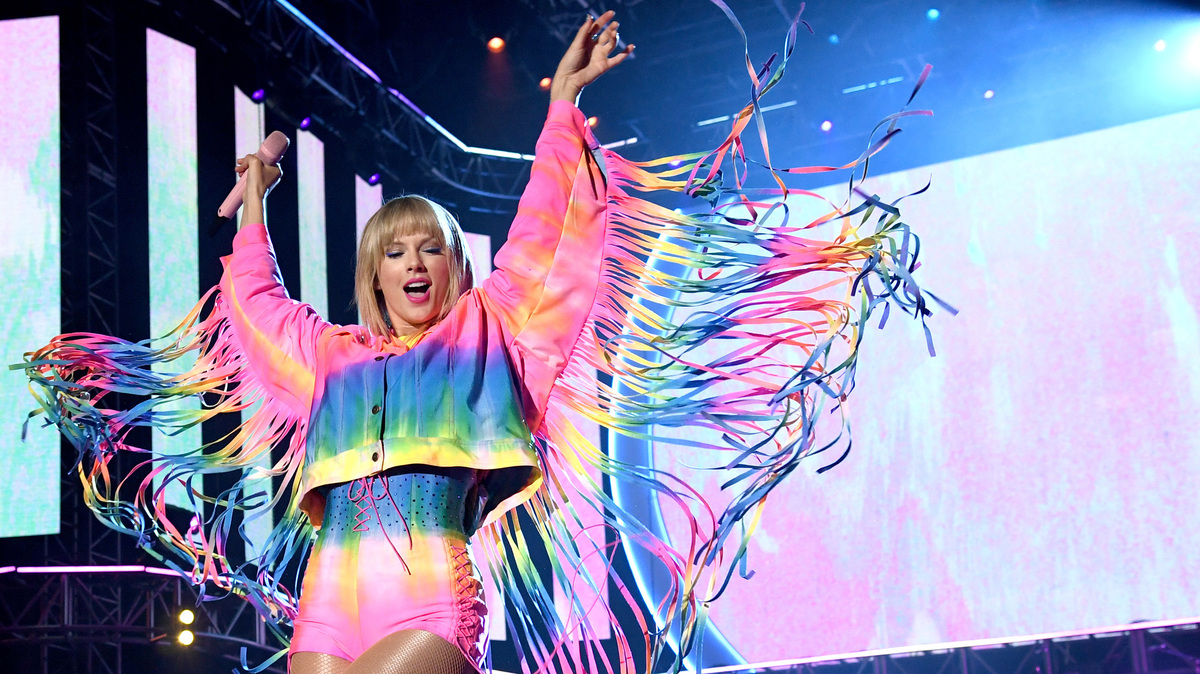 It's been a long time coming, and the rollout didn't go quite as planned, but Taylor Swift's seventh album, Lover, is here. Stream the album below via Apple Music or Spotify.

Soon after the album appeared on streaming services, Swift posted to her almost 121 million Instagram followers: "This album is very much a celebration of love, in all its complexity, coziness and chaos."

The 18-track album, which is expected to sell more than 1 million copies this coming week, includes a number of surprising names among its songwriting credits: Dixie Chicks (who collaborated with Swift on the track "Soon You'll Get Better"), Annie Clark (a.k.a. St. Vincent), Cautious Clay (the beat to whose breakout hit "Cold War" is incorporated into Swift's "London Boy") and producers Frank Dukes and Sounwave, the latter of whom played a role in some of Kendrick Lamar's most popular songs.

The Lover campaign began in late April, with a scavenger hunt of hints sprinkled across social media that culminated in the release of "ME!" featuring Brendon Urie of Panic! at the Disco. The bubblegum ballad felt perfunctory, a half-hearted, half-baked not-quite-hit with a spelling interlude. The single failed to top the Billboard Hot 100, stymied by the longest-running No. 1 in history, Lil Nas X's "Old Town Road," making "ME!" the first lead single from Swift not to reach the top spot since Speak Now's "Mine" in 2010.

The release of "You Need to Calm Down" followed in June, its timing seemingly intended to coincide with Pride Month, with its "Why are you mad when you could be GLAAD?" lyric and a video featuring cameos from Adam Lambert, Hayley Kiyoko, Adam Rippon, RuPaul and the Queer Eye cast (plus a final, feud-settling moment with Katy Perry). In the wake of the song's release, Swift was hit with accusations of queerbaiting and appropriation (like Perry before her); the video, which Swift co-directed, also faced separate backlash for its caricatured, classist depictions.

Later that month, Swift made headlines as Big Machine, her longtime label until last fall, was acquired by Scooter Braun, the manager of Justin Bieber and Ariana Grande. That meant Braun — not Swift — owns the masters to the pop star's first six albums. She called the sale her "worst-case scenario," and asserted that Braun and some of his clients indulged in "incessant, manipulative bullying."

On Wednesday, "CBS Sunday Morning" announced that in its upcoming interview with Swift airing this weekend, the singer confirmed plans to re-record and re-release at least five of the projects sold to Braun. The next day, Swift gave more detail about her ambitions to Robin Roberts of ABC's "Good Morning America."

Look What They Made Her Do: Taylor Swift To Re-Record Her Catalog

All the while, the Swift promotional train barreled toward release date. In an increasingly rare move, Swift spoke to both Entertainment Weekly and Vogue, having eschewed interviews during her last album cycle. Swift and her new multi-colored aesthetic – a stark contrast to her goth-lite Reputation era – have also taken over Amazon shipping boxes and morning show stages, unveiling Target exclusive deluxe editions and Stella McCartney collaborations.

The run-up to Lover also included the release of the much-maligned trailer for Cats, the upcoming cinematic adaptation of the Andrew Lloyd Webber musical starring Swift, Idris Elba, Jennifer Hudson, Judi Dench and James Corden. And though Swift's cinematic foray is separate from the album release, her role as a literal cat is weirdly on-brand for the noted feline lover.

Swift was characteristically tight-lipped when it comes to what to expect on Lover, but subsequent pre-album releases have hinted that the record itself, a double album that spans 18 tracks, may approach new sonic terrain. "The Archer," produced by Jack Antonoff, has a dream-pop feel; the title track "Lover" evokes a waltz, weaving a romantic, nostalgic message.