Accessibility links
More Rate Cuts? Powell: Fed Is Ready To Help Economy Grow Amid Trade Tensions The central bank will "act as appropriate" to sustain the economic expansion as the trade war with China takes a toll on global growth and parts of the U.S. economy, Fed Chairman Jerome Powell says. 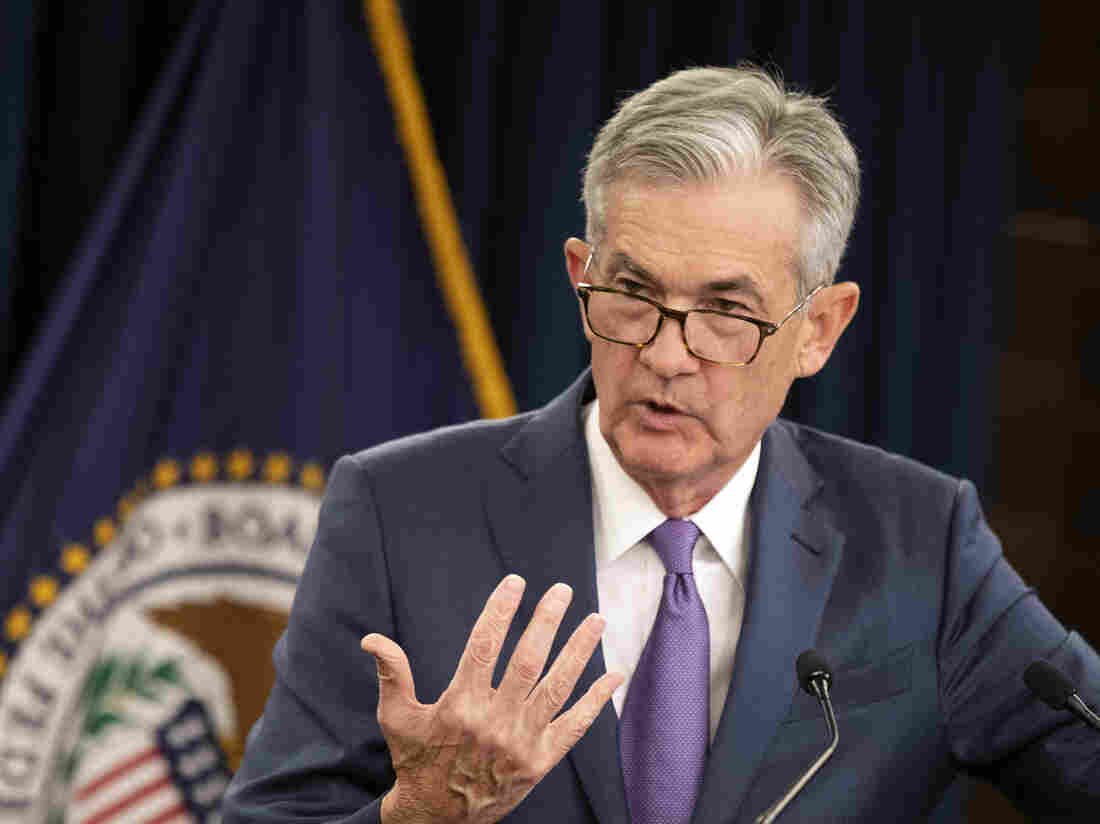 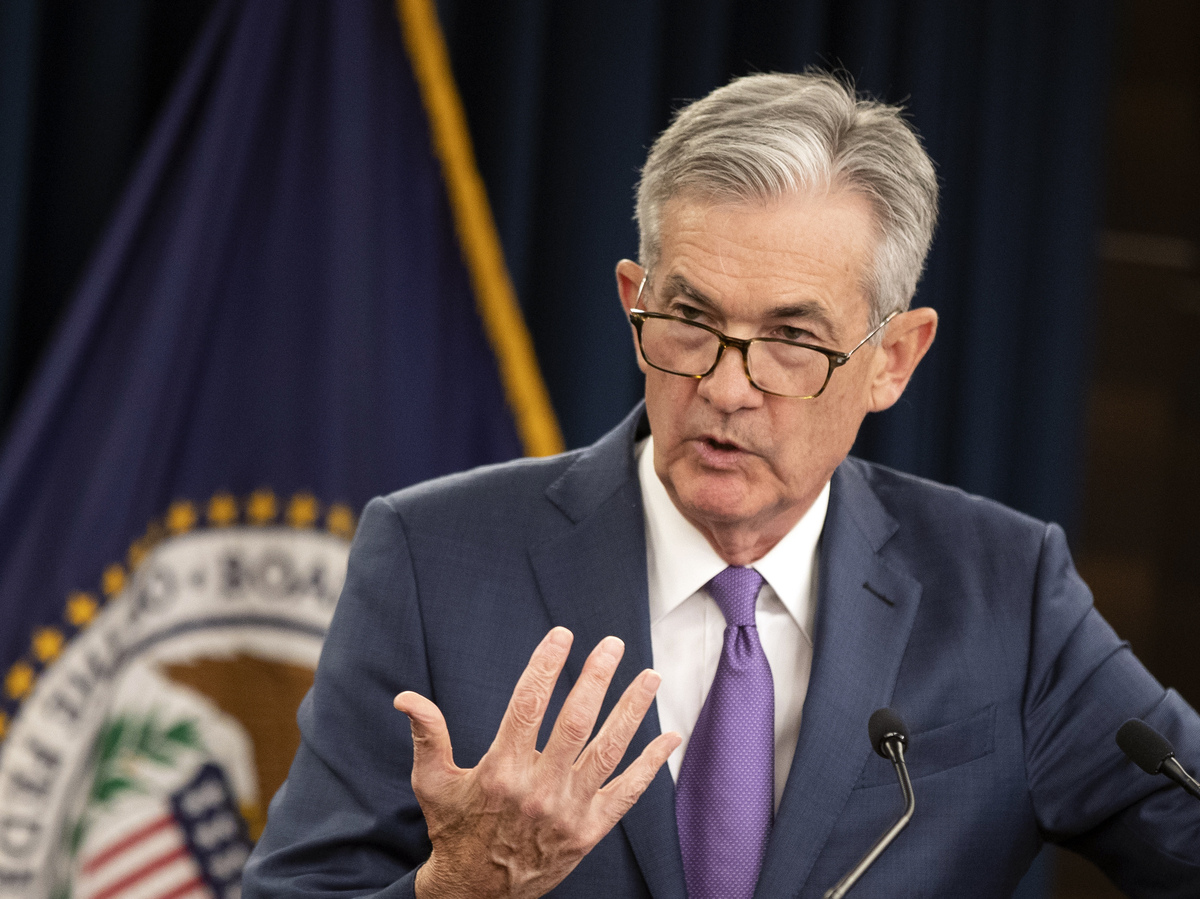 Signaling the possibility of more interest-rate cuts, Federal Reserve Chairman Jerome Powell said the central bank will "act as appropriate" to sustain the economic expansion as the trade war with China takes a toll on global growth and the U.S. economy.

Those developments include new U.S. tariffs on imports from China; signs of a global slowdown, namely in the economic powerhouses Germany and China; and the growing possibility that the United Kingdom will leave the European Union without a deal.

"Trade policy uncertainty seems to be playing a role in the global slowdown and in weak manufacturing and capital spending in the United States," Powell said.

He said the U.S. economy has continued to perform well, driven by consumer spending, but job creation has slowed.

"Based on our assessment of the implications of these developments, we will act as appropriate to sustain the expansion," Powell said.

If Our Economy Is So Great, Why Did The Fed Vote To Juice It?

Last month, the Fed cut interest rates for the first time in over a decade, lowering the cost of borrowing for credit cards, auto loans and mortgages.

President Trump has repeatedly pressured the Fed to lower interest rates further to boost the economy, and this week, he called for a dramatic one-percentage-point cut.

On Friday, Trump again tweeted his criticism of the central bank. "We have a very strong dollar and a very weak Fed. ... My only question is, who is our bigger enemy, Jay Powell or Chairman Xi?" Trump's tweets came shortly after China announced retaliatory tariffs against $75 billion in U.S. goods.

In his remarks, Powell said that "while monetary policy is a powerful tool that works to support consumer spending, business investment, and public confidence, it cannot provide a settled rulebook for international trade."

He also addressed another issue on the mind of market watchers: whether the long U.S. expansion is leading banks and other financial firms to take more risks.

"We have not seen unsustainable borrowing, financial booms, or other excesses of the sort that occurred at times [before the Great Recession], and I continue to judge overall financial stability risks to be moderate," he said. "But we remain vigilant."