Accessibility links
Ruth Bader Ginsburg Treated For New Cancer Found On Pancreas The 86-year-old justice just wrapped up weeks of treatment after a new cancerous tumor was found on her pancreas. Doctors say there's no evidence of cancer elsewhere. 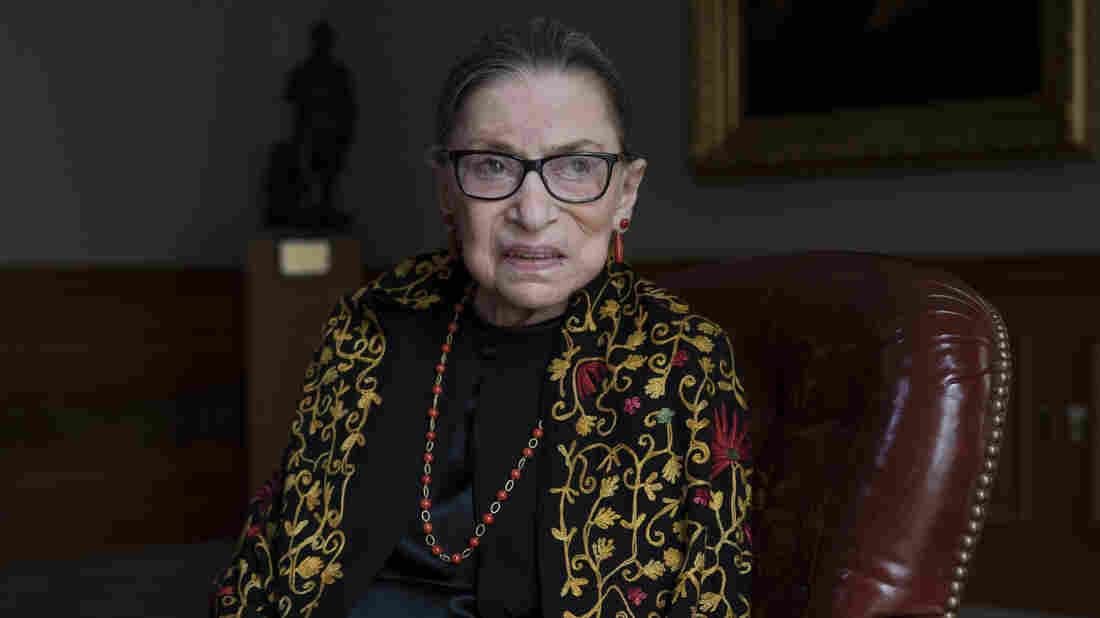 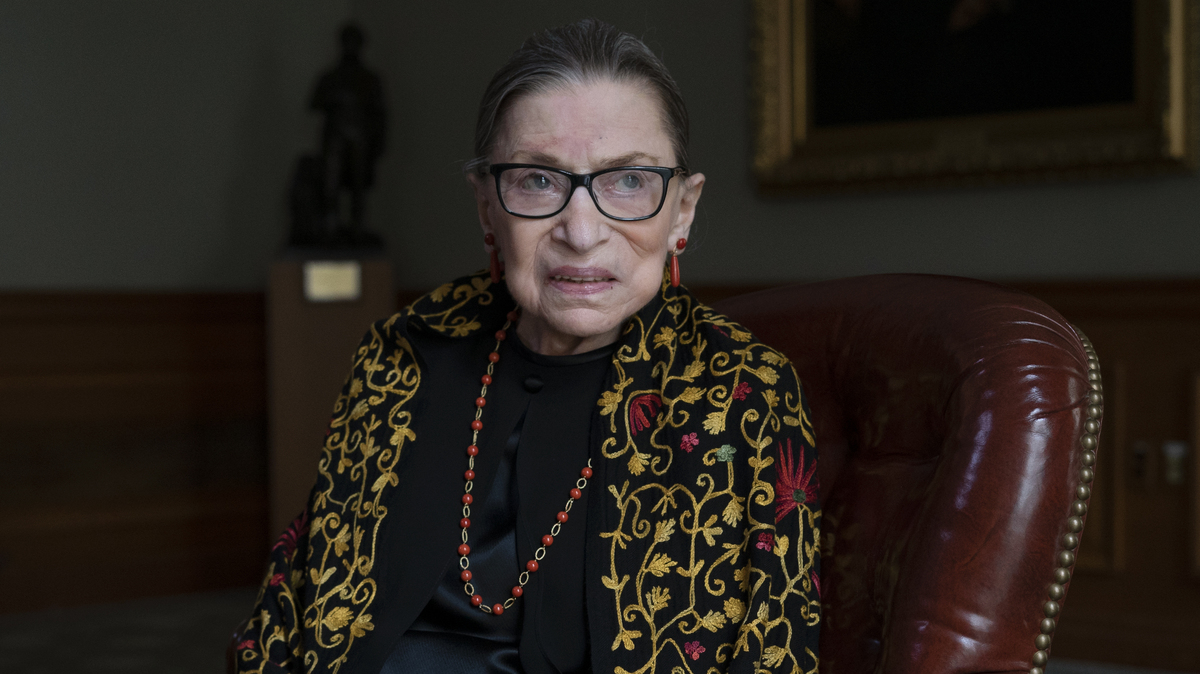 The radiation therapy, conducted on an outpatient basis, began Aug. 5, shortly after a localized cancerous tumor was discovered on Ginsburg's pancreas. The treatment included the insertion of a stent in Ginsburg's bile duct, according to a statement issued by the court.

Doctors at Sloan Kettering said further tests showed no evidence of disease elsewhere in the body. The treatment comes just months after Ginsburg was operated on for lung cancer last December. The 86-year-old justice has been treated for cancer in various forms over the past 20 years.

"Justice Ruth Bader Ginsburg today completed a three-week course of stereotactic ablative radiation therapy at Memorial Sloan Kettering Cancer Center in New York City," a statement from the Supreme Court read. "The focused radiation treatment began on August 5 and was administered on an outpatient basis to treat a tumor on her pancreas. The abnormality was first detected after a routine blood test in early July, and a biopsy performed on July 31 at Sloan Kettering confirmed a localized malignant tumor.

"As part of her treatment, a bile duct stent was placed. The Justice tolerated treatment well. She cancelled her annual summer visit to Santa Fe, but has otherwise maintained an active schedule. The tumor was treated definitively and there is no evidence of disease elsewhere in the body. Justice Ginsburg will continue to have periodic blood tests and scans. No further treatment is needed at this time."

The Supreme Court's statement refers to a "stereotactic ablative radiation." Dr. Timothy Cannon, a gastrointestinal oncology specialist at Inova Schar Cancer Institute in Virginia who was not involved in Ginsburg's treatment, said, "That is the cutting-edge new cancer treatment, but it is not a cure for a pancreatic mass."

The statement from the court does not say what type of tumor it is. "The mystery is what kind of cancer this is," Cannon said. "Is it a slow-growing metastases of her lung cancer? Is it a recurrence of her pancreatic cancer from 10 years ago or is it a new cancer in someone predisposed to getting cancer?"

As he left for the G-7 meeting in France, President Trump said of the justice, "Our thoughts and prayers are with her. We wish her well. She's strong, she's tough. She's pulled through a lot."

Shortly before her new round of treatment, Ginsburg sat for an interview with NPR, and her resilience was on full display.

"There was a senator, I think it was after my pancreatic cancer, who announced with great glee that I was going to be dead within six months," Ginsburg said. "That senator, whose name I have forgotten, is now himself dead, and I," she added with a smile, "am very much alive."

During Ginsburg's three weeks of treatment in New York, she kept up a busy schedule in New York, often going out in the evening to the movies, the opera and the theater.

At the off-Broadway theater Stage 42, where Fiddler on the Roof is playing, word spread during intermission that Ginsburg was there, and the audience stood for several minutes applauding the diminutive justice.

Also in the audience that night was Kate McKinnon, whose frequent portrayal of Ginsburg on NBC's Saturday Night Live has become a marquee event on the show. Soon, the justice and her imitator were caught in photos clasping hands for the first time.

The justice also continued to work during her time in New York, according to court sources, and she has been spotted frequently window shopping, even going in to try on shoes and other items that have interested her.

Ginsburg has 11 public events planned for September and has not canceled any of them to date.

The Supreme Court is set to open a new term on the first Monday in October, and the justices routinely return to work in September.

Were Ginsburg to leave the court prior to the 2020 election or even the inauguration, Senate Republican leader Mitch McConnell has made clear the GOP would move immediately to fill the vacancy. That would ensure a 6-to-3 conservative majority on the court, all but guaranteeing a conservative grip on the court for decades to come.

From July: Ginsburg Talks With NPR About Her Health

An earlier version of this story incorrectly stated that Justice Ruth Bader Ginsburg saw Fiddler on the Roof at the National Yiddish Theatre Folksbiene. In fact, it was playing at Stage 42.