Accessibility links
On Making Friends With Raina Telgemeier Our kids' books columnist Juanita Giles says the cartoonist Raina Telgemeier is almost like a personal friend to her own children, who fight over tattered copies of Telgemeier's graphic novels. 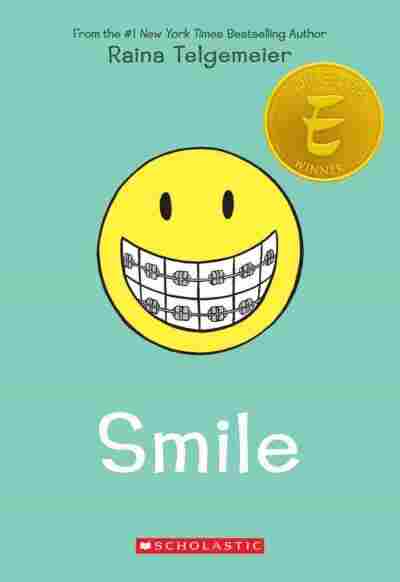 I got strep throat a lot as a kid; my mother told me it was because I bit my fingernails at every opportunity. Oh gosh, how I remember that thick, pink amoxicillin. Can't you just smell it? I got strep throat so often my mother hoarded the last drops of antibiotics left in the bottles and built up a stash she kept in the refrigerator door, right next to her nail polish. So when Jim Henson died in 1990 from complications of strep, I was dumbfounded. Didn't everyone have a bottle of amoxicillin in their refrigerator door?

I've been thinking about Jim Henson a lot lately, in particular a line from Gonzo's song "I'm Going to Go Back There Someday" from The Muppet Movie:

"There's not a word yet; for old friends who've just met."

One question my husband always asks our kids at the end of the first day of school is "Did you make any new friends today?" It's probably a question a lot of people ask their kids, and hopefully the answer is "yes," but I have another question:

Did my kids make any old friends today?

When I get sick (maybe even with strep throat) or blue, I don't often have time to lie around and just be sick or blue (I do have three kids, and three very needy dogs). But on the off chance I do have the luxury of lying around feeling like something you'd scrape off the bottom of your shoe, it's not my new friends that make me feel better, it's my old friends.

I mean friends like Harriet M. Welsch, Meg Murry, Amy and Laura, Franny Davis, and yes, even Elizabeth Wakefield. When I was little, I had no inkling that Sara Louise Bradshaw would be a friend to which I turned when I was older and needed comfort. I didn't know that Deenie Fenner would be the one to help me through hard times. But I turn to those old friends again and again, and they never fail me. We have so much in common (except for maybe me and Elizabeth Wakefield), that I don't have to explain myself to them or them to me. 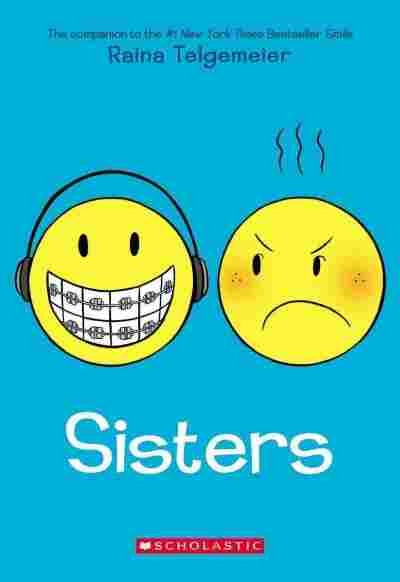 by Raina Telgemeier and Braden Lamb

My kids may not realize it yet, but they are in the process of making an old friend. Her name is Raina Telgemeier, and my son was the first one to meet her. When he was seven, his dentist sent us to an orthodontist in the big city where I set my eyes on a palate expander for the first time (I don't think they existed when I was little), and I started to panic about how my little boy was going to deal with his first dental appliance, one his trusted parents had to tighten every single night with a very pokey-thing all up in his mouth. Softie that I am, I took my son to Target after that first appointment, a real treat since the closest Target to us is about 60 miles away, and it was there we found Raina and decided to bring her home.

Immediately Raina was my son's constant companion. Smile went everywhere with him. We couldn't even drive to the mailbox (we have a long driveway) without his bringing the book with him in the truck. Prior to needing the palate expander, my son's two front baby teeth had been deadened in an unfortunate encounter with a sliding board, so when Raina gets her grown-up teeth knocked out by page ten, she had all his sympathy. My son survived his palate expander with a lot of help from Raina, and now that he has braces, they are thick as thieves once again. 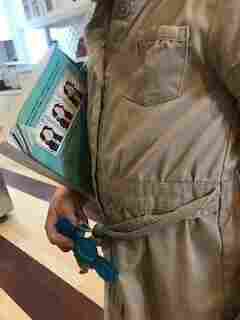 That is, they are when he can get his hands on the book. My elder daughter carries it around now. Like Raina, she had two baby loose teeth knocked out (thank goodness: One was hanging on by a thread and so gross), and nearly cried after little Raina lost her baby tooth in the bounce house. Smile comes downstairs every morning to be read at breakfast, then put in the basket to go upstairs to be read at night. Right next to Sisters.

Like Raina, we have two sisters and one brother in our family. Raina is the older sister in her family, which immediately strengthened the bond between her and my elder daughter. Raina's less-than-ideal relationship with her little sister Amara is very different than the relationship my two girls have, but we certainly have our fair share of bickering. And Raina's challenges as the oldest child of three continue to keep her in good stead with my son, which speaks very highly of his devotion to her (she and Emily from Amulet are in a constant battle with Percy Jackson for supremacy). I have no doubt that when my youngest daughter learns to read, Sisters will end up in tatters on the floor, ripped to shreds from being argued over. 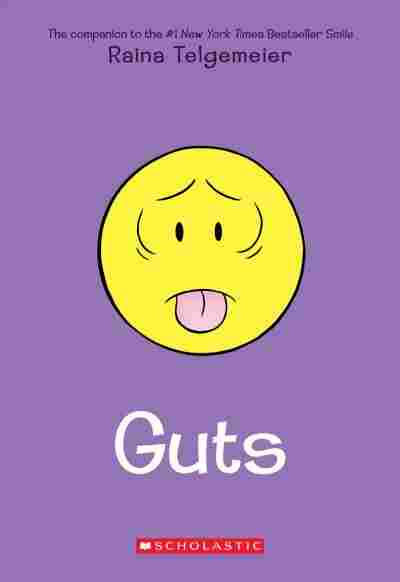 Guts is already in tatters. I don't want to share too much information, but let's just say we have a stockpile of probiotics in this house, and it took just three days for Guts to lose its binding and become nothing but a pile of loose pages after my kids – specifically my eldest daughter — got ahold of it. My poor son and youngest daughter (who loves to look at the pictures even though she can't read), unsuccessfully attempted to claim Guts for themselves, hence the tatters.

Is it possible to have an old friend when you are nine years old? Or seven years old? Or even five years old? Is it possible to recognize an old friend that you've just met? Is there a word for that? I've searched translations to see if such a word exists, hoping I could at least find something comparable in the always-nuanced Norwegian lexicon, but I've come up empty. But that relationship does exist, and there should be a word for it. I'm no linguist like Tolkien or George R. R. Martin, but if I were to make up a word for old friends that just met, it would have to have its root in "Raina." Maybe I'll keep the next book in the refrigerator door, right next to my stash of amoxicillin.