Accessibility links
G-7 Leaders Pledge Money To Help Fight Amazon Rainforest Blazes, Macron Says As the summit in France wrapped up, Brazil's far-right president tweeted that the international alliance treats his country "as if we were a colony or no man's land." 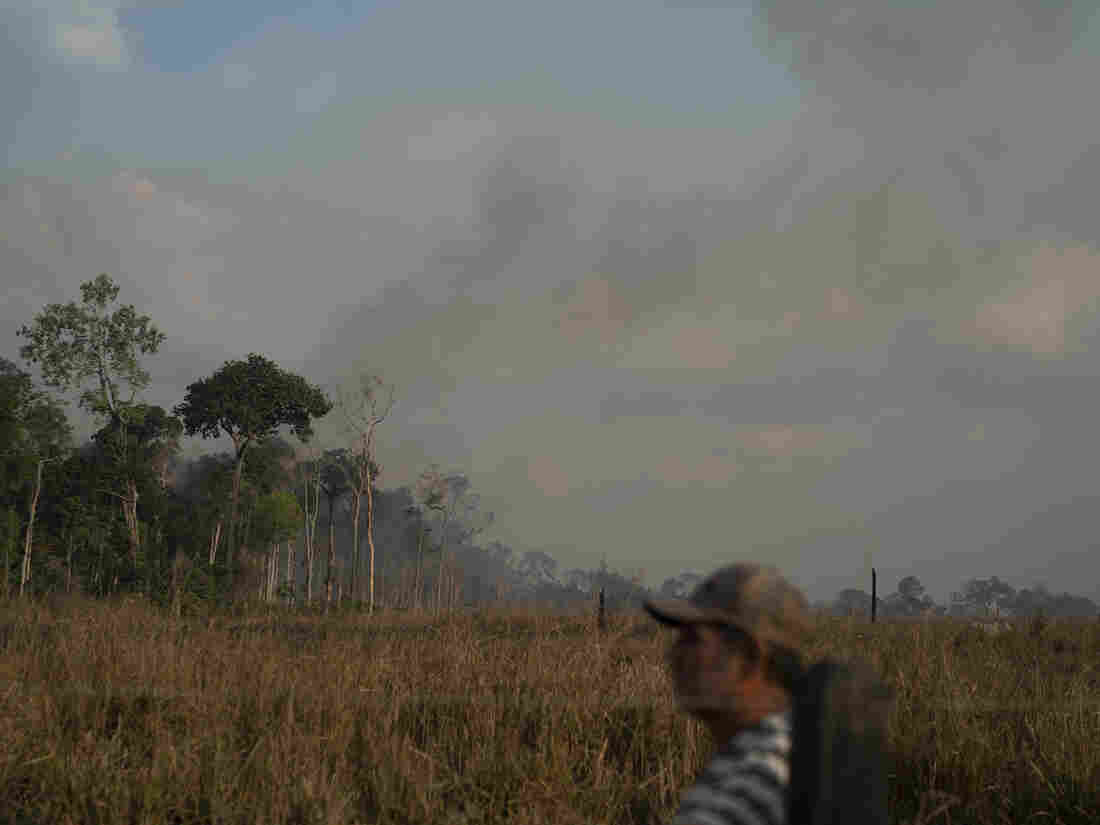 Moacir Cordeiro, who works in a local cattle farm, looks on after digging grooves with a tractor in an attempt to stave off fires in the Alvorada da Amazonia region in Novo Progresso, Para state, Brazil, on Sunday. Leo Correa/AP hide caption 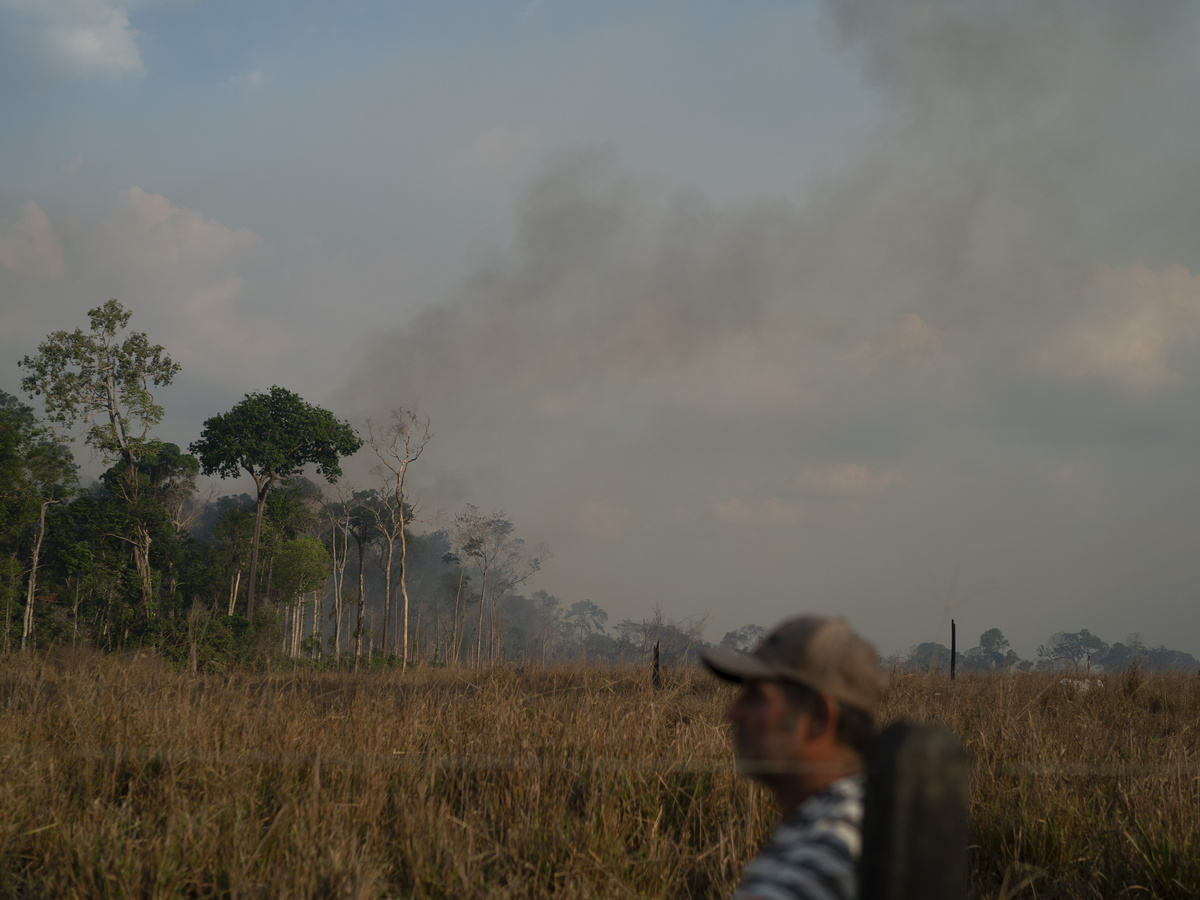 Moacir Cordeiro, who works in a local cattle farm, looks on after digging grooves with a tractor in an attempt to stave off fires in the Alvorada da Amazonia region in Novo Progresso, Para state, Brazil, on Sunday.

French President Emmanuel Macron says world leaders at the G-7 summit have come to an agreement to provide technical and financial help in combating massive fires that have swept through the Amazon rainforest.

He said the countries would offer at least $22 million in financial support to fight the fires — even as Brazil's far-right populist president, Jair Bolsonaro, tweeted that the international alliance treats his country "as if we were a colony or no man's land."

They will also offer military support, Macron said on Monday. And the countries will officially launch an initiative at the U.N. General Assembly that "will deal with central questions about the Amazon's future, the reforestation of the devastated areas of course, but also concrete projects, which will have to be worked on together, the good of the local population, lasting development and the area's overall ecology," Macron said. He added that they'll work with regional countries, local actors and indigenous populations.

The French president had tweeted an urgent message on Friday as the summit was just about to get underway, calling on fellow leaders to make the fires a priority at their meeting. President Trump was notably absent from the conference focusing on climate and biodiversity on Monday.

A White House spokesperson said that another senior U.S. administration official attended because Trump was meeting with the leaders of Germany and India, NPR's Frank Langfitt reported from Biarritz, France.

"You shouldn't interpret the American president's absence ... the U.S. are with us on biodiversity and on the Amazon initiative," Macron said, according to Langfitt.

Just spoke with President @JairBolsonaro of Brazil. Our future Trade prospects are very exciting and our relationship is strong, perhaps stronger than ever before. I told him if the United States can help with the Amazon Rainforest fires, we stand ready to assist!

Macron's call for action was echoed on Sunday by Pope Francis, who warned "that forest lung is vital for our planet" and prayed that "with the commitment of all ... [the fires] might be contained as soon as possible."

Although Brazil accounts for about 60% of the Amazon and has been the focus of international attention, the planet's largest rainforest extends to eight other countries: Peru, Colombia, Venezuela, Ecuador, Bolivia, Guyana, Suriname and French Guiana. 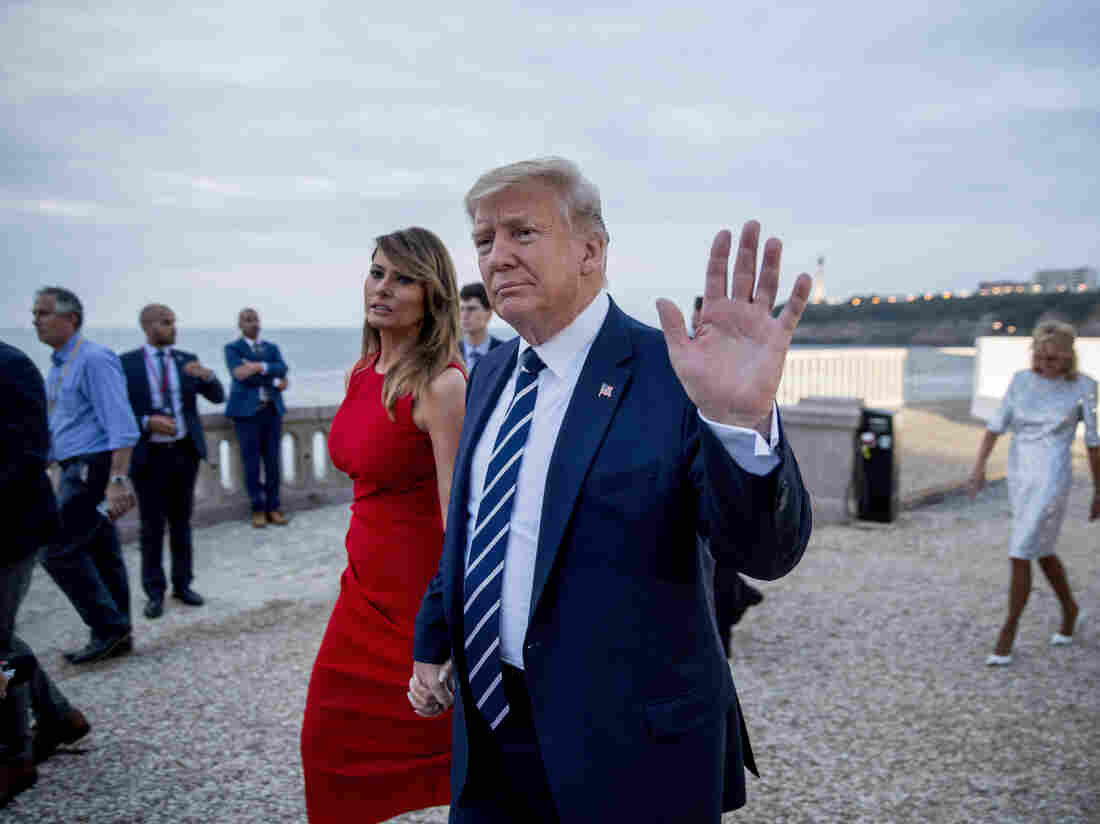 President Trump and the first lady depart following the G-7 family photo at the summit at the Hôtel du Palais in Biarritz, France, on Sunday. Andrew Harnik/AP hide caption 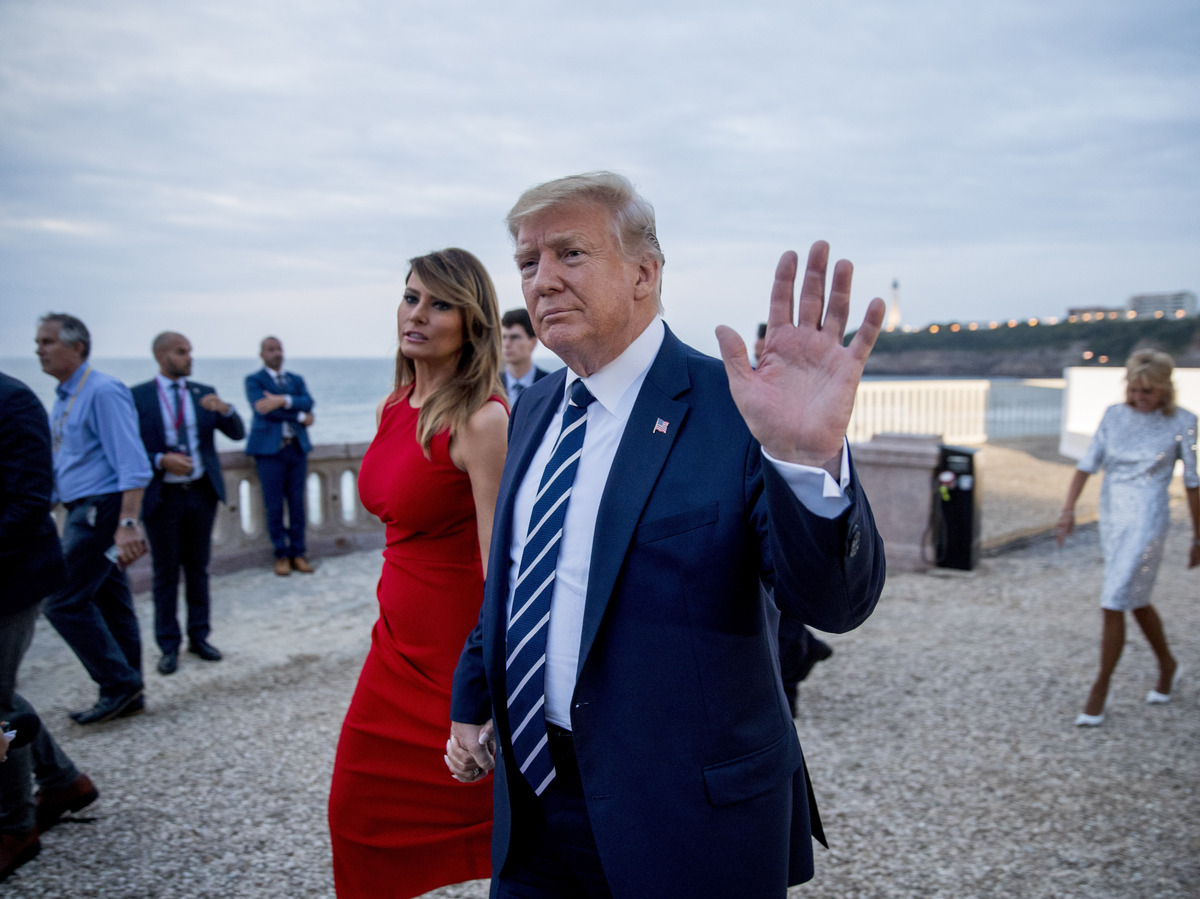 President Trump and the first lady depart following the G-7 family photo at the summit at the Hôtel du Palais in Biarritz, France, on Sunday.

Bolsonaro, who has promised to open the Amazon to development, initially dismissed the impact of the fires and then suggested that they might have been set by nongovernmental organizations bent on discrediting him.

Many of the fires are thought to have been set by farmers, loggers and ranchers trying to clear land, according to officials, who say Bolsonaro's attitude about the rainforest may have caused some of them to believe the government was giving a green light to such activity.

** These photos from the Amazon were taken just hours ago. **

⚠ And need action on a higher level.

Retweet to help keep up the pressure to #ActForTheAmazon! pic.twitter.com/46P14kDKag

After European leaders threatened to end a trade deal with South American countries and thousands showed up for protests across Brazil, Bolsonaro's government acted on Friday, ordering 44,000 soldiers to help fight the fires. On Sunday, Brazil deployed two C-130s to aid the effort by dropping water to douse the flames.

Brazil's efforts to control the fires appear to be concentrated in the Amazonian state of Rondônia, which borders Bolivia.

Many Brazilians marched in protest on Sunday against the government's perceived inaction, coming out by the thousands in Rio de Janeiro and other cities, according to The Associated Press.

There were also protests about the G-7 summit over the weekend, decrying the lack of action on climate change, that were staged near the southwest French coastal city of Biarritz, where the summit was held.