Accessibility links
Beto O'Rourke: Presidential Candidate Reboots Campaign With Focus On Trump : The NPR Politics Podcast In an ongoing series, The NPR Politics Podcast is hitting the road and interviewing 2020 Democratic presidential candidates. In this episode, Asma Khalid and Iowa Public Radio's Clay Masters sit down with former Texas Rep. Beto O'Rourke to ask about why he's the best pick for president. This series is produced in collaboration with NHPR and Iowa Public Radio. 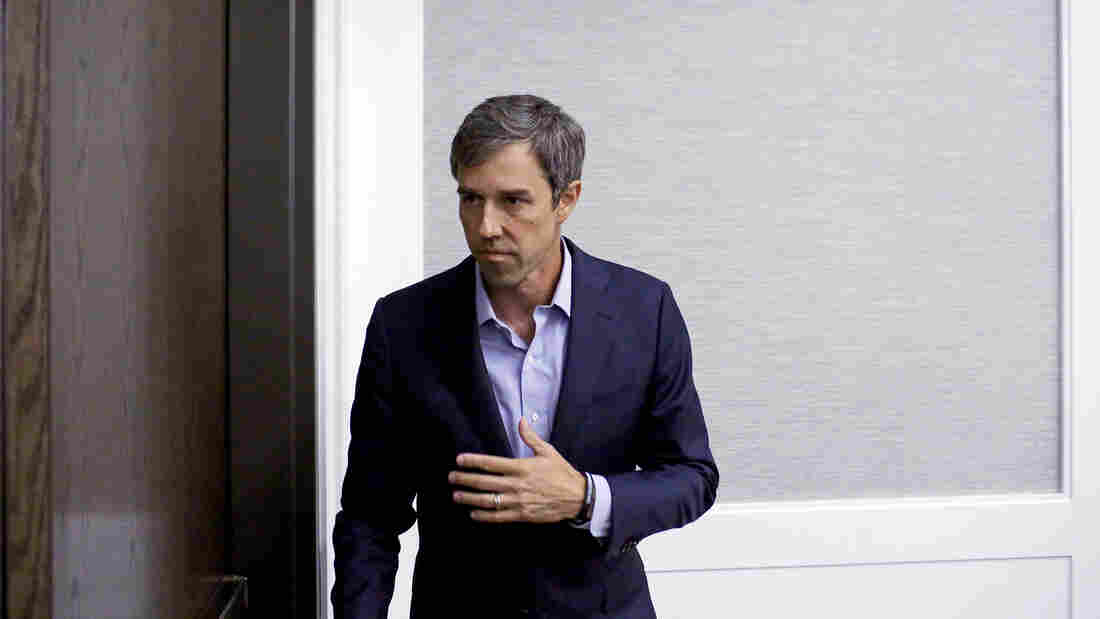 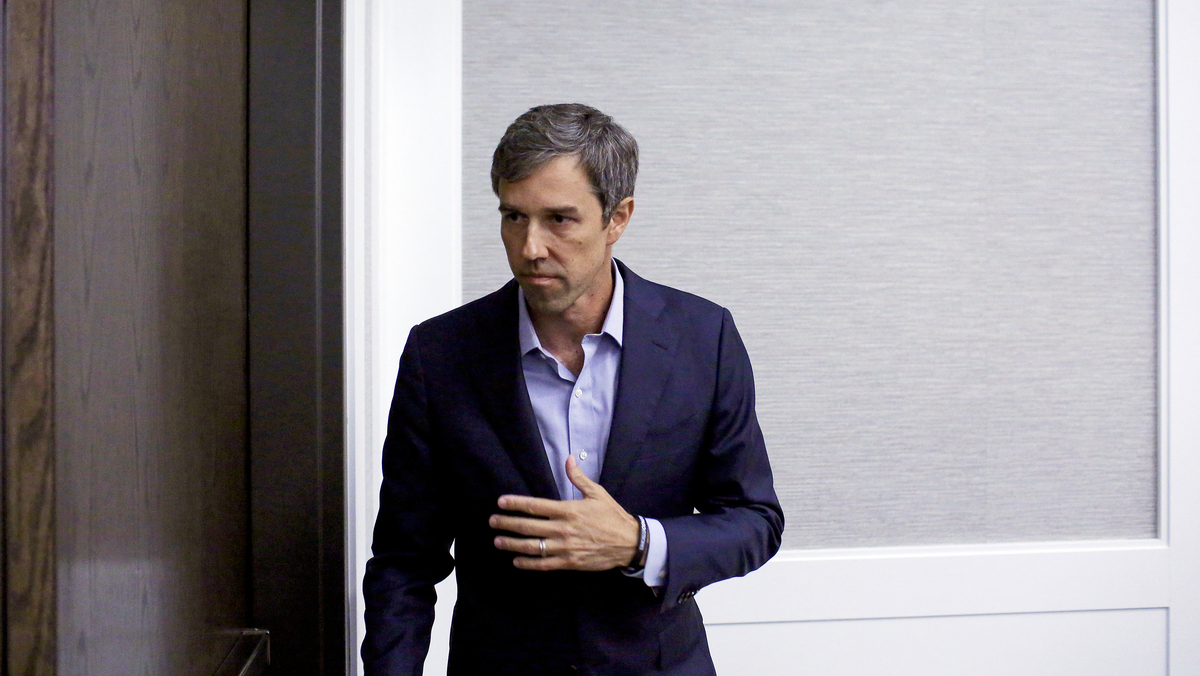 After a gunman shot and killed 22 people at an El Paso, Texas, Walmart earlier this month, former Texas Rep. Beto O'Rourke decided to take a hiatus from the presidential campaign to return to his hometown.

Now O'Rourke is back on the campaign trail reinvigorated, with a focus on the president and the racial division he says Trump has stirred in the country. He mentions El Paso frequently, both on the stump and in interviews; it's clear the shooting — and the fact that Latinos were targeted — has troubled him. It's become the raison d'être of his campaign. Law enforcement's top priority, he says, should be combating white nationalism and white supremacy.

O'Rourke also is fixated on Trump these days.

"If we don't call this country's attention to the true cost and consequence of Donald Trump, then the blame will be on us, every one of us who was complicit in our silence," O'Rourke said in an interview with The NPR Politics Podcast and Iowa Public Radio.

But he resisted the idea that focusing on the president would somehow define his campaign.

O'Rourke, 46, became a darling of the left during the 2018 midterms for his challenge to Republican incumbent Sen. Ted Cruz. He was widely perceived as the underdog but lost the race by just 3 percentage points, coming closer to winning a statewide office than any other Democrat in years.

And because of the notoriety he gained in the midterms, he entered the Democratic presidential primary as a sort of political celebrity. He raised more than $6 million in the 24 hours after he announced his campaign.

But he's consistently trailed in early polls, struggled to articulate why he's running and failed to have a breakout moment on the crowded debate stage. At times, his lofty rhetoric can seem to cloud his actual policy priorities. So, we asked him: If he had to prioritize one landmark bill, what would it be?

"There is no one bill," he said, and then gave a long answer detailing his concerns about a range of issues from climate change to health care and immigration.

Pundits and voters agree that O'Rourke is not doing as well in this contest as they expected.

As his odds have dimmed, the pressure on him to withdraw from the presidential race and instead run for the U.S. Senate has increased.

Even some of his fervent fans from the 2018 race in Texas have suggested he should focus on mounting a challenge to Sen. John Cornyn, who will be up for reelection in 2020.

But O'Rourke dismisses that idea.

"I think I have a perspective that is important for this country at this moment," he said.

The terrifying and terrorizing raids like the one he authorized in Mississippi ... [are] part of a larger trend of action and attacks against immigrants, against people who do not look like or pray like or love like the majority in this country. And if that continues, I'm confident that we'll lose this country. We really will. I liken it to being a country that is asleep and a country that will die in its sleep unless it wakes up to the threat that it faces.

And that threat — very clearly — is Donald Trump.

With 40,000 gun violence deaths in this country, not all of them are connected to white nationalism, white supremacy or white terrorism, but ... you do have to connect the hatred, the racism, the president's words and actions with the accessibility of those weapons that afford someone the means to conduct this kind of terror in this country.

If I don't connect these dots, then I am complicit in the next mass murder or the next act of domestic terror.

There's a great leader in my community ... 10 years ago we were on a conference on just this issue in El Paso, and he said: If you want to secure your communities, if we want to secure the border, treat people with respect and dignity.

El Paso, Texas, is one of — if not — the safest cities in the United States. It's safe not despite, but because we're a city of immigrants ... because we're connected to Mexico — and we see all of those as fundamental to our strength and our success and our security.

On why, despite the pressure, he's not dropping out to run for the U.S. Senate

I want to serve this country as president.

And I think I have a perspective that is important for this country at this moment.

As Donald Trump vilifies and demonizes the border, communities of immigrants, seeks to make us afraid, warns of invasions and infestations and calls those who come to this country "killers" and "predators" and "animals," it is in a community of immigrants, on the U.S.-Mexico border, that I was raised.

I think I can tell a very powerful, a very positive story of the contribution that immigrants make to the success of this country.

In Texas, going to every one of those 254 counties on a very progressive agenda, we helped to take a state that had ranked [near the bottom] in voter turnout, written off as too red and Republican to count, to one that gave us more votes than any Democrat had ever received ... [and] brought nearly half a million Republicans along with us, helped to flip two congressional seats, and elect 17 African American women to judicial positions in Harris County, literally changing the face of criminal justice in this country's most diverse city.

It's that kind of perspective, that kind of campaigning, that way of bringing people in at a very divided time. That's the way you beat Donald Trump. I think that's also the way you that reunite this polarized country in the face of these challenges so that we can overcome them.