Accessibility links
Iran Seen Preparing For Space Launch Satellite imagery shows that Iran has given its launch pad a fresh coat of paint. It is another sign the nation will soon attempt to launch something into orbit. 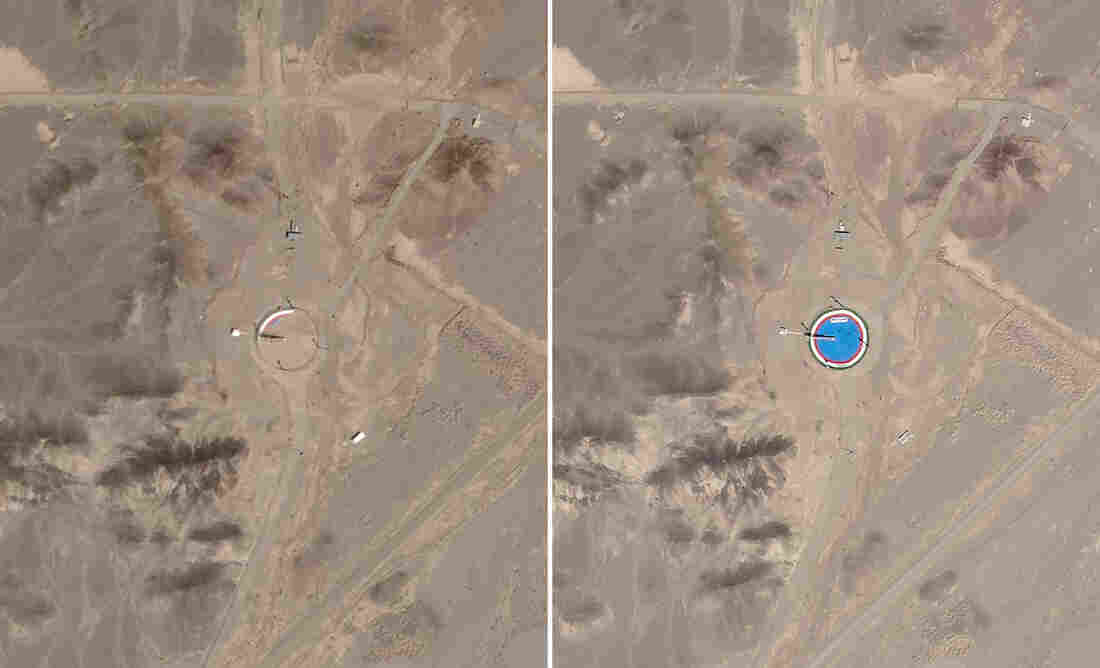 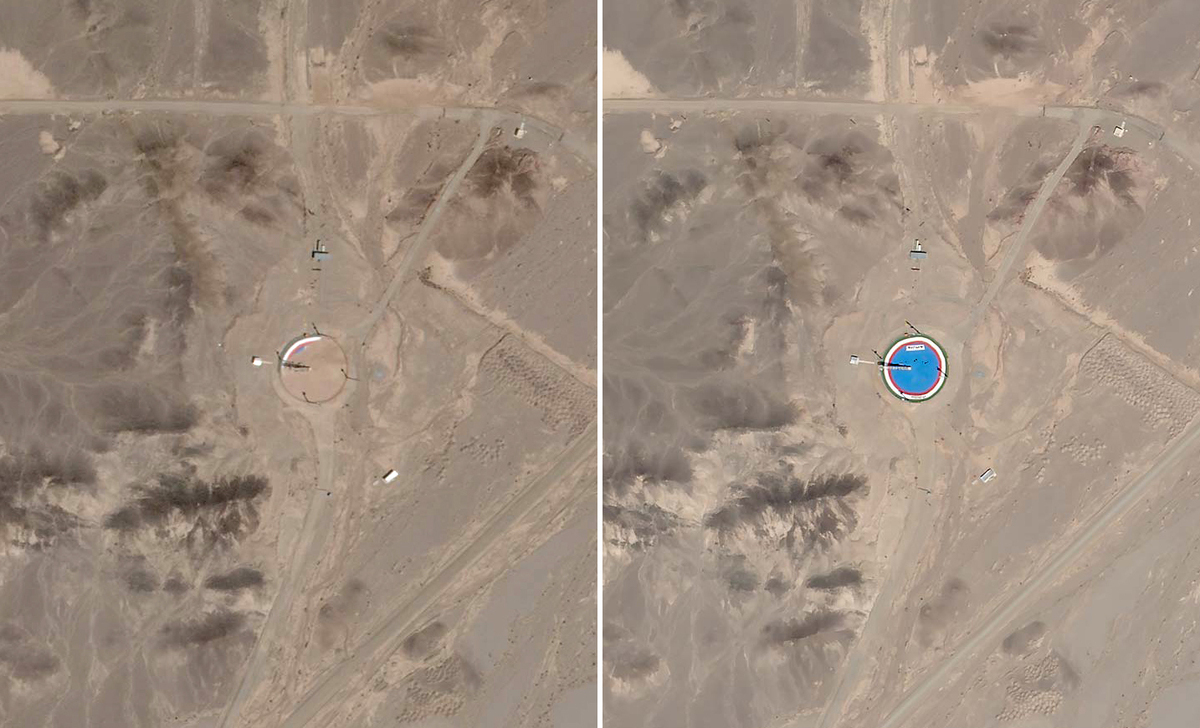 Satellite imagery from April 29 (left) shows the launch pad covered in debris. Imagery from August 24 (right) shows it with a fresh coat of paint.

In the latest indication that it may be readying an attempt to launch another space rocket, Iran has given its launch pad a fresh coat of paint.

A satellite image taken by the commercial company Planet shows the pad painted a bright blue. The image, taken August 24, was shared with NPR. Until this month, the launch pad at the Imam Khomeini Space Center had been sporting a burn scar from a previous failed launch attempt. It had also been covered in debris from a possible flash flood at the site this past spring.

"The Iranians have finished clearing off the pad, and they painted over the previous launch scar," says Dave Schmerler, a senior research associate at the Middlebury Institute for International Studies who has analyzed the imagery.

Other recent imagery has shown vehicle activity at a nearby building where Iran assembles its rockets. "We're getting close to a launch, but exactly when that will happen I can't tell you," Schmerler says.

Iran's press has reported that the government has three satellites that could be ready for launch by the end of the nation's calendar year in March of 2020. A recent report from August suggests that one of the satellites, a communications satellite known as Nahid-1, is ready for launch now.

If a launch does take place, it would be the third such attempt this year. Launch attempts in January and February both ended in failure.

The Trump administration has insisted that Iran's space rockets also advance the nation's ballistic missile program. "Such vehicles incorporate technologies that are virtually identical and interchangeable with those used in ballistic missiles, including intercontinental ballistic missiles," Secretary of State Mike Pompeo said in a statement following the failed launch attempt in January.

But Schmerler and other independent analysts are less sure of a clear connection between Iran's liquid-fueled space rockets and its missile activities. The rocket the Iranians are likely to use, known as the Safir, does not contain advanced technology. It is a "relatively dated space-launch vehicle," he says.