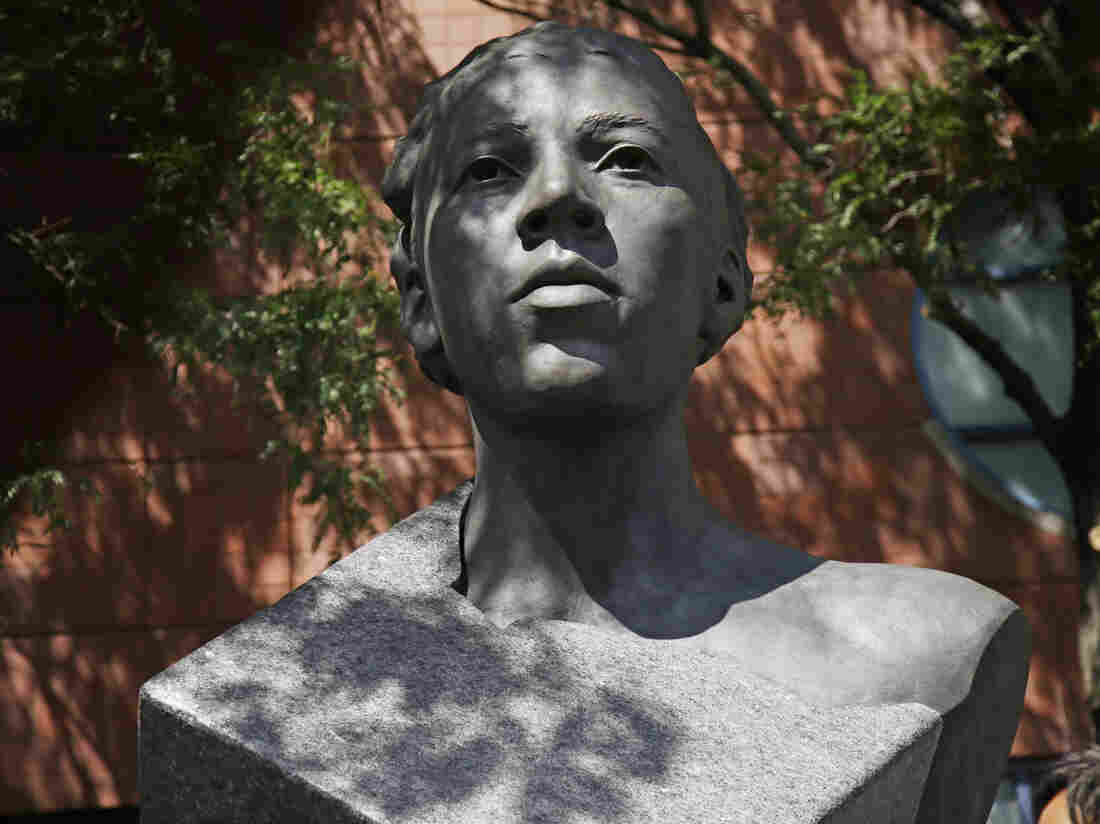 A statue of Althea Gibson sits in front of Arthur Ashe Stadium at the Billie Jean King National Tennis Center during the first round of the US Open tennis tournament in New York. Frank Franklin II/AP hide caption 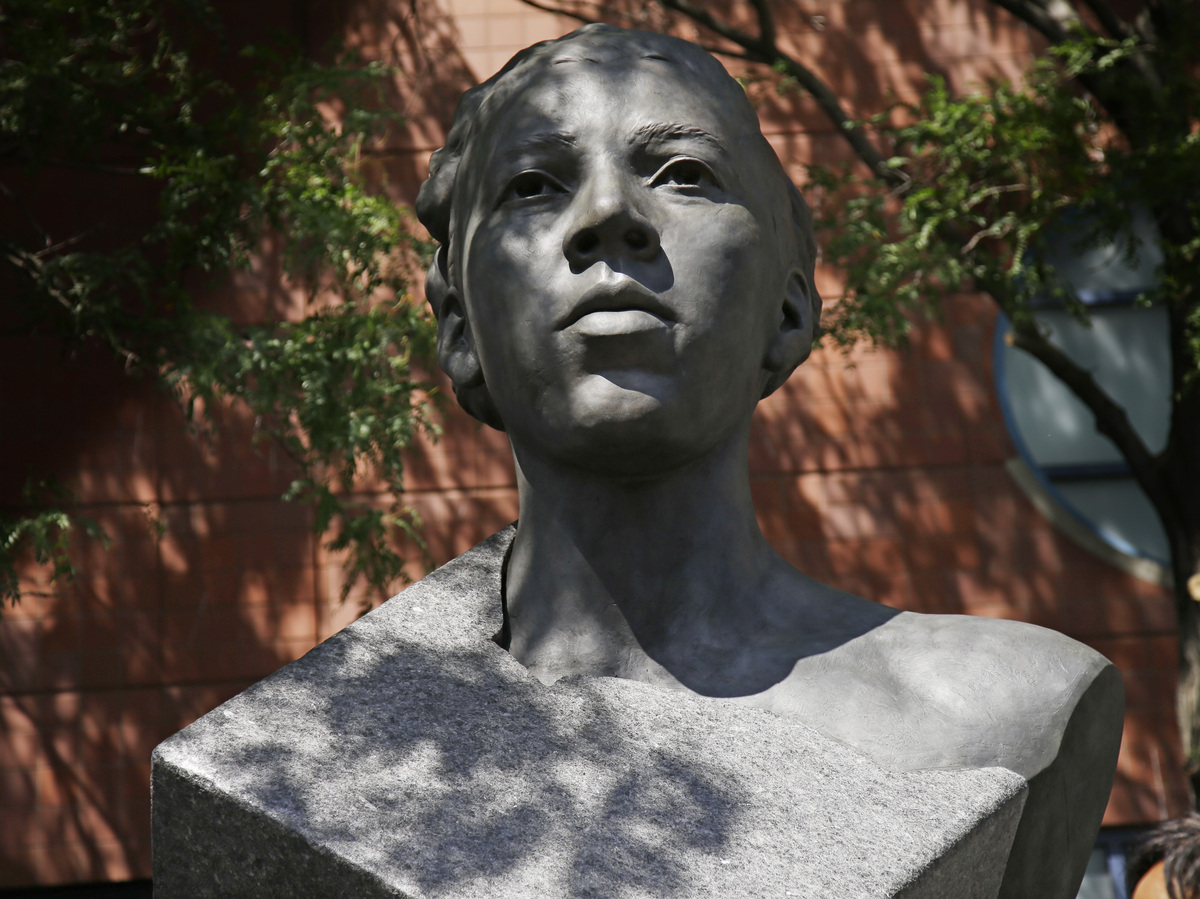 A statue of Althea Gibson sits in front of Arthur Ashe Stadium at the Billie Jean King National Tennis Center during the first round of the US Open tennis tournament in New York.

In a long overdue tribute to the first African American to break international tennis' color barrier, a new statue of Althea Gibson was unveiled at the opening day of the U.S. Open.

The statue is comprised of five granite blocks and created by American sculptor Eric Goulder. It sits outside Arthur Ashe Stadium at the Billie Jean King National Tennis Center in Queens, New York.

In 1947, Gibson broke into the elite ranks of the tennis world winning the first 10 consecutive American Tennis Association women's titles. (The ATA was the tennis equivalent of baseball's Negro Leagues.) At the age of 23, Gibson became the first African American player to compete in the U.S. Nationals, the precursor to the U.S. Open, in 1950.

Between 1956 to 1958, Gibson made her mark. She won 11 majors, and was the first black player to win the French Open, Wimbledon and the U.S. Nationals. When she retired in 1958, she was the top-ranked woman in tennis having won more than 50 singles and doubles championships.

Perhaps because she was a star during a period when tennis champs made no real money and because she was a woman, more than a few people believe Gibson did not get all of the respect she earned as a trailblazer.

"Recognizing for me as an African American woman and recognizing what Althea stood for and understanding that she truly broke the color barrier for tennis – a lot of people think it's Arthur [Ashe], but it was Althea 11 years before him," said Katrina Adams, former president and CEO of the U.S. Tennis Association.

Adams, along with Billie Jean King, helped lead the campaign for the Gibson statue.

"I said, 'She's our Jackie Robinson of tennis and she needs to be appreciated for it, and she's not,' " King told the Undefeated in 2018. "I wanted something there that was permanent. I didn't want just a one-day highlight."

"It's about bloody time," said Angela Buxton of Britain, who won the 1956 French and Wimbledon doubles championships with Gibson, referring to the statue as quoted by the Associated Press.

Buxton, who is Jewish, shared more than doubles titles with Gibson. She knew first hand what Gibson endured as a black competitor in a sport dominated then by white players.

"Althea, with her two ticker-tape parades, still wasn't allowed into a hotel where the whites sleep or a water fountain to drink where whites drink, but she helped to break that down," Buxton said.

After leaving the tennis world, Gibson had a brief career as a golfer, becoming the first African American woman to join the Ladies Professional Golf Association.

Etched on one of the granite blocks of the Gibson statue is a quote from her: "I hope that I have accomplished just one thing: that I have been a credit to tennis and my country."