Accessibility links
CITES Treaty To Exempt Instruments From Rosewood Restrictions An international endangered species treaty that placed trade restrictions on rosewood is poised to exempt musical instruments from the regulations.

Musical Instruments To Be Exempt From Restrictions On Heavily Trafficked Rosewood

Musical Instruments To Be Exempt From Restrictions On Heavily Trafficked Rosewood 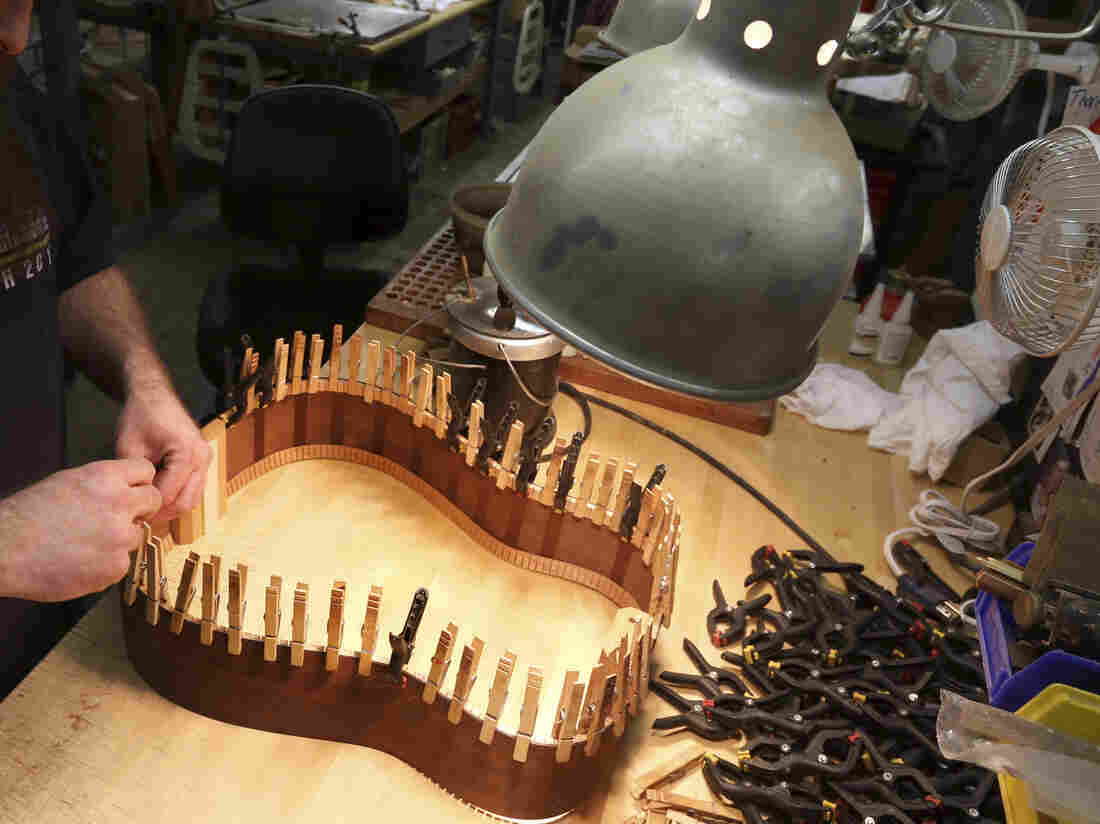 A luthier assembles the rosewood sides of a guitar at C.F. Martin & Co. in Nazareth, Pa. Instrument-makers and musicians will likely be able to transport instruments containing rosewood around the world without a burdensome permit process. Jacqueline Larma/AP hide caption 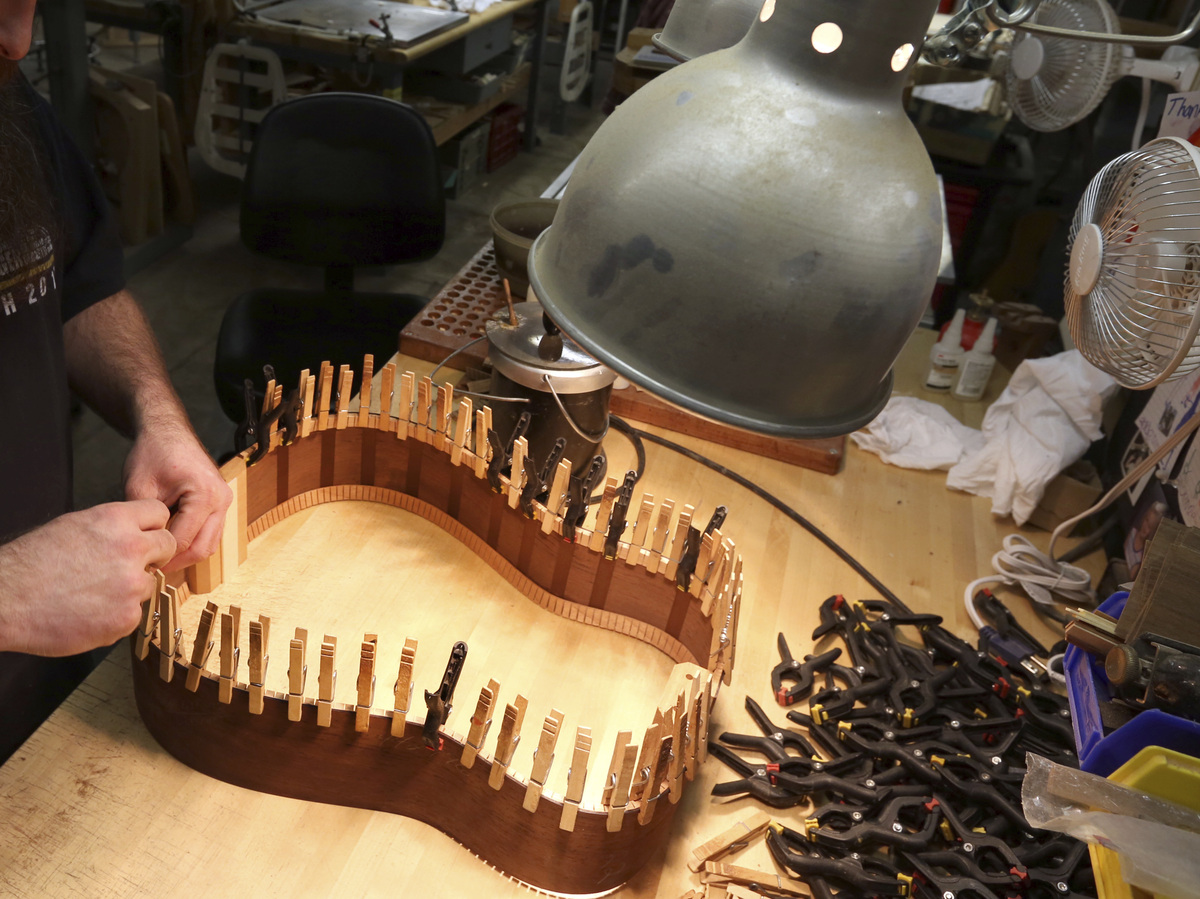 A luthier assembles the rosewood sides of a guitar at C.F. Martin & Co. in Nazareth, Pa. Instrument-makers and musicians will likely be able to transport instruments containing rosewood around the world without a burdensome permit process.

An international endangered species convention meeting in Geneva is close to exempting musical instruments from trade restrictions on rosewood.

The restrictions under the Convention on International Trade in Endangered Species of Wild Fauna and Flora — commonly referred to as CITES — went into effect in 2017, after strong demand for high-end rosewood furniture in China led to conservation worries and violence in areas that produce the wood.

But as NPR reported in 2017, there were some unintended consequences.

A Battle Of Guitar Tonewoods: Can You Hear The Difference?

Rosewood is prized as a tonewood, responsible for a characteristic resonant tone in everything from guitars and cellos to clarinets. Following the 2017 restrictions, the musical instruments industry lost tens of millions of dollars in sales, and traveling orchestras feared their instruments would be seized at international borders. Both sectors had to deal with a bureaucratic permit process.

Instrument makers and musicians pushed for the exemption, writing in a convention brief that without it, "the world of music and culture will lose certain instruments that produce the highest quality tones, with no corresponding conservation benefit."

They got their wish Monday as a key CITES committee approved it. If finalized as expected this week, the exemption will allow finished musical instruments as well as parts and accessories containing rosewood to be transported freely around the world without permits.

Trade in raw-material rosewood would remain regulated and subject to permits granted by individual countries.

In a written statement to NPR, Lisa Handy, director of forest campaigns at the Environmental Investigation Agency, an advocacy group, called the exemption "a reluctant compromise for many rosewood source countries."

"We remain concerned this could set a bad precedent," Handy wrote. "It will be even more imperative that the sourcing and manufacturing processes are well-controlled to ensure that rosewood-producing countries, which are struggling to control illegal loggers and trafficking ... receive the international support they need to implement the convention."

Representatives of two top U.S. makers of acoustic guitars, Pennsylvania-based C.F. Martin & Co. and California's Taylor Guitars, said they support the convention's efforts to control rosewood trafficking, but they stress that the musical instruments industry was never the problem.

Scott Paul, director of natural resource sustainability at Taylor, said the rosewood regulation was hastily drafted, causing bureaucracies around the world to issue "an obscene amount of permits."

Frank Untermyer, supply chain director at Martin, said the regulations' administrative burden on his company, as well as the impact on the global reach of music, "cannot be overstated."