Accessibility links
U.S. Companies In China Get Caught In The Trade War Crossfire President Trump recently tweeted that American companies would be better off without China. But many American companies earn a significant portion of their profits there. 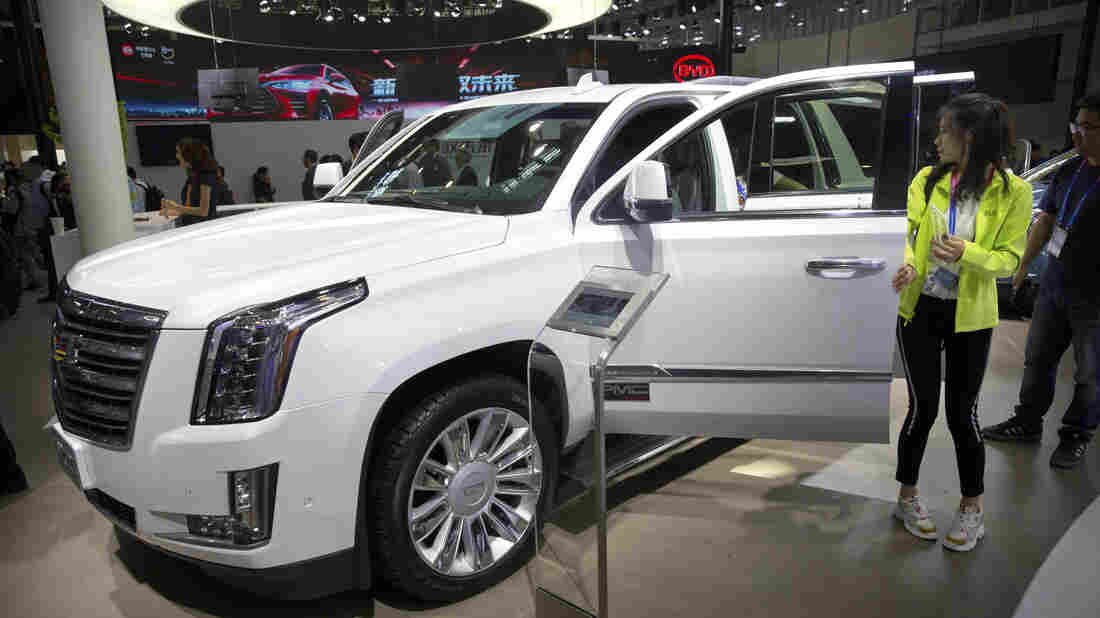 Visitors look at a Cadillac Escalade at the China Auto Show in Beijing in 2018. For General Motors, China is a bigger market than the United States. Mark Schiefelbein/AP hide caption 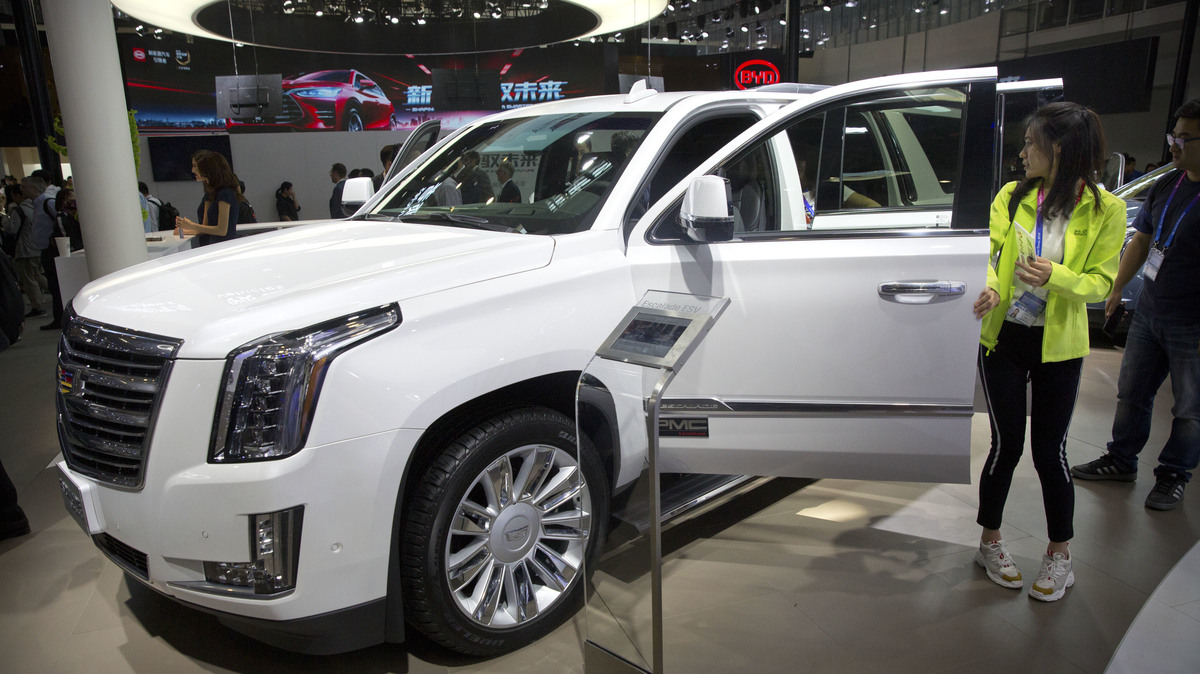 Visitors look at a Cadillac Escalade at the China Auto Show in Beijing in 2018. For General Motors, China is a bigger market than the United States.

When President Trump announced a new round of tariffs on Chinese imports last week, he made clear he was ready to sever ties between the United States and China, if necessary, to win the trade war.

"We don't need China," the president tweeted, "and, frankly, would be far better off without them."

But a growing number of American companies need China very much and stand to lose if the trade war lasts too long.

U.S. firms such as Starbucks, Nike and Boeing now make a large part of their profits serving the vast and growing Chinese middle class.

"China has become the largest market to sell into for many of America's largest companies," says Shaun Rein, managing director of the China Market Research Group, which advises U.S. companies doing business in China.

The growing importance of China's consumer market is often overlooked in U.S. political debate, which tends to focus on the huge number of jobs lost as U.S. companies have shifted overseas in search of low-wage labor, says Patrick Chovanec, chief strategist at Silvercrest Asset Management, who taught in China for years.

"I think that's one of the things that's often forgotten when we talk about the trade war, because usually it's framed in terms of outsourcing, which, yes, does exist. But there's this whole business of being in China in order to be in China," Chovanec says.

To be sure, American companies still face plenty of barriers in China. Industries such as banking remain closed to outsiders, and many American companies that want to operate in China are still forced into joint ventures with Chinese partners. Intellectual property theft remains a big problem.

But China's middle class is now bigger than the entire U.S. population, and opportunities to make money abound there, says Anna Ashton, senior director of government affairs at the US-China Business Council.

"The vast majority of our companies have consistently reported and continue to report every year that their China operations are profitable — and not just profitable but more profitable than their operations overall," she says.

"The market in China — I am so bullish on it for the long term," Starbucks CEO Kevin Johnson told Bloomberg last month. "We're going to be able to accelerate and build new stores for a long, long time in China."

But the ongoing trade war tosses a new element of uncertainty into the best-laid plans of CEOs.

China has shown in the past that it will retaliate against companies it is displeased with.

China's Leaders Are Divided Over Trade War With U.S.

After Marriott referred to Taiwan as a separate country on its website, the Beijing government shut down its online reservation site in China for a week, Rein says. More recently, the Chinese government took aim at Hong Kong companies such as airline Cathay Pacific because of the political turmoil there.

The government could easily make life difficult for American companies, by slowing down the permitting process for new stores or imposing stiff fines for minor infractions, for example.

It could even encourage consumers to boycott companies to punish their home countries. After South Korea installed a U.S.-made anti-missile system, Beijing ordered travel agencies to stop sending group tours there, which hurt tourism in South Korea.

China hasn't done anything like that to American companies so far, in part because it sees U.S. business leaders — many of whom have criticized Trump's trade policies — as allies, Rein says.

If that happens, some companies could end up as casualties. Trump has shown little concern for the vagaries suffered by U.S. companies in China, Chovanec says.

"U.S. companies in China doing business ... to serve the Chinese market have basically been orphaned by this trade war," he says.