Accessibility links
Poorna Jagannathan On 'The Night Of,' 'Ramy' And South Asian Women On Screen Known for her work on series like The Night Of, Big Little Lies and Ramy, the actress says she's "come a long way" to where she — and South Asian women — are now offered complex, nuanced roles. 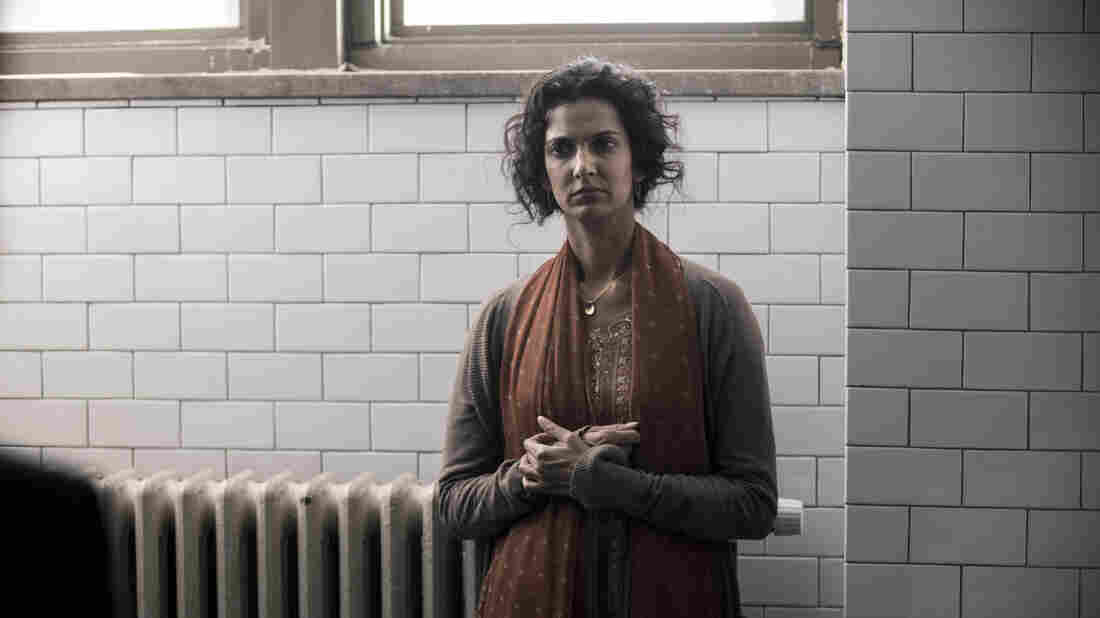 Poorna Jagannathan says that her part in the HBO series The Night Of, where she played the mother of a college student accused of murder, opened up new roles to her. Craig Blankenhorn/HBO hide caption 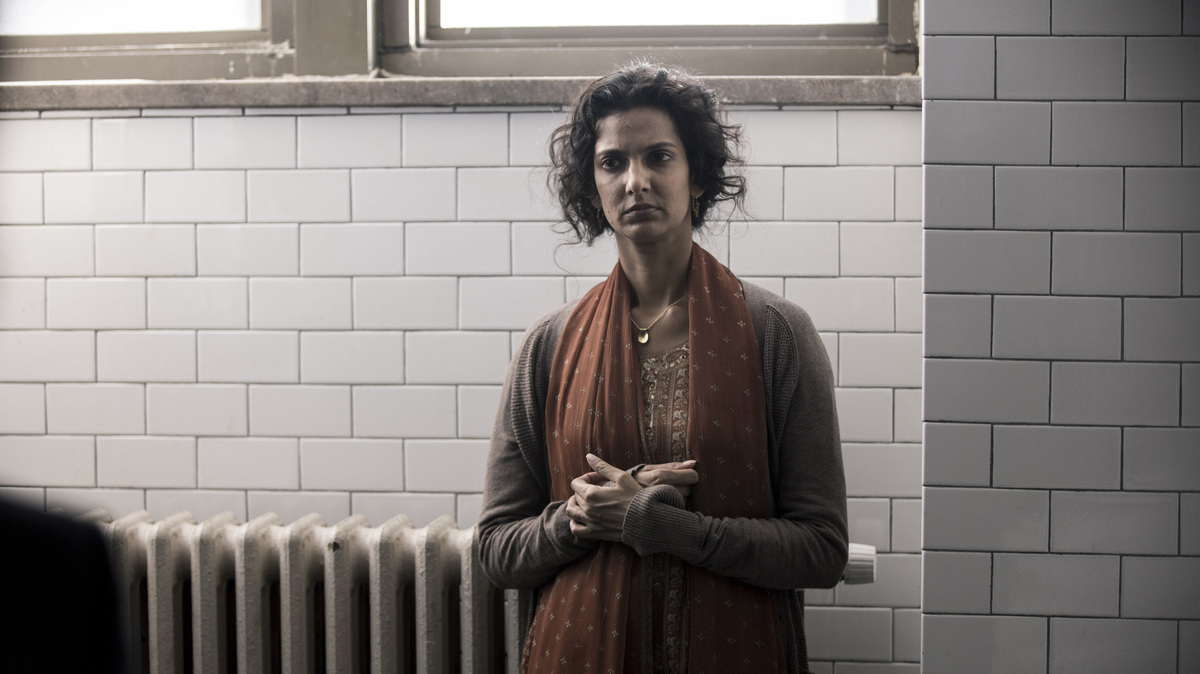 Poorna Jagannathan says that her part in the HBO series The Night Of, where she played the mother of a college student accused of murder, opened up new roles to her.

Poorna Jagannathan is an actress whose name you may not know, but whose face seems to pop up in many places.

She's had small roles in series like House of Cards or Better Call Saul — and bigger ones in Hulu's Ramy and HBO's The Night Of and Big Little Lies. It's a big leap from some of her early TV roles.

'The Night Of': A Gripping And Timely Look At American Criminal Justice

"I often joke that one of my first gigs, I was called 'Dr. Sikh,'" Jagannathan says, referring to a bit part on Law and Order: Criminal Intent where her character was named after the Sikh religion. "Yeah, so I've definitely come a long way."

That "way" involved getting fed up with limited roles in the U.S., and going to India, starring in some big Bollywood movies including the dark comedy Delhi Belly. In the meanwhile, Hollywood became more open-minded about casting South Asian women in complex, nuanced roles.

"It's like: Our lives are so messy, and only a certain type of people get to portray that mess, and it's not us," she says. "I want to portray the mess of my life. I'm really drawn to it."

On what attracts her to roles

I'm very, very drawn to great writing, first and foremost. And then, whether the story moves me. Even though I may have a very small part in the story, whether it fundamentally moves me — whether I think it'll move the needle when it's put out in the world.

On how the roles offered to her have changed over time

I've noticed a shift twice. When Freida Pinto was in Slumdog Millionaire and won the Oscar ... there were a lot more brown women integrated and woven into scripts. And personally, I noticed a big shift after The Night Of. And the truth is: A lot of people have been fighting really hard, in front and behind the cameras, to have diversity represented. 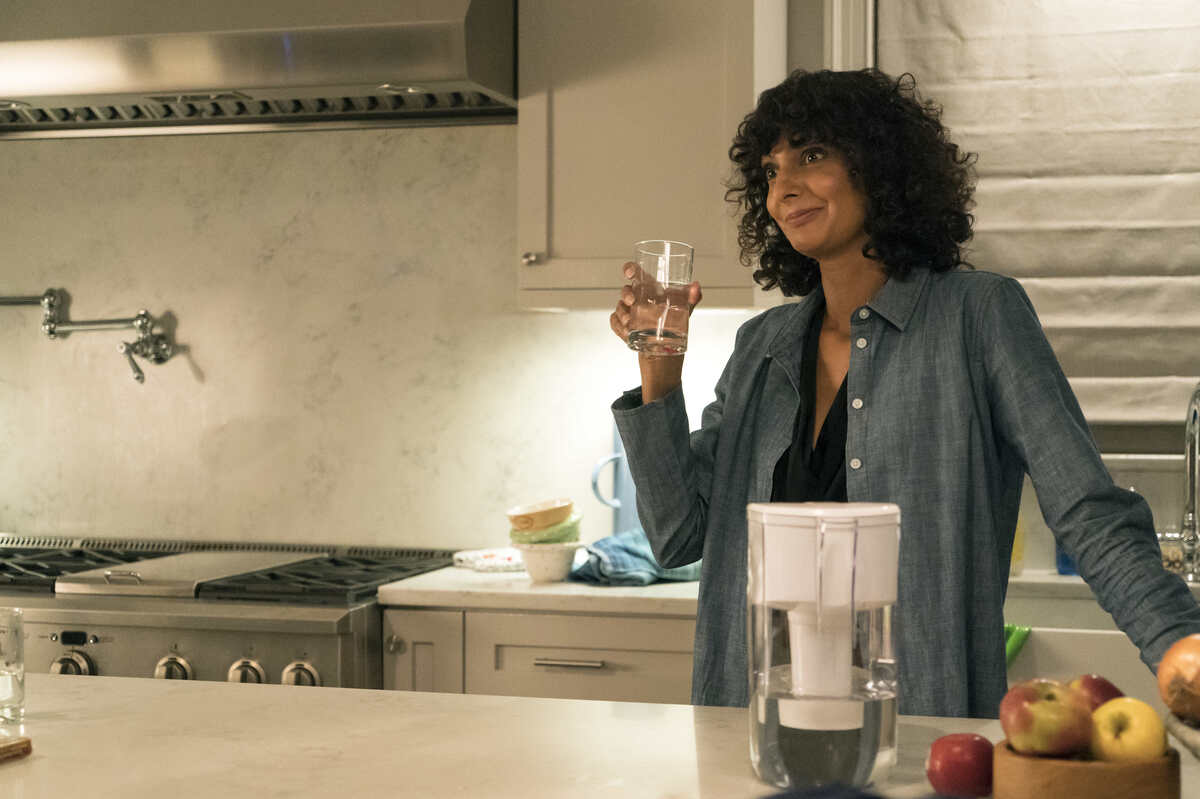 In Ramy, Poorna Jagannathan plays Salma, a Muslim mother with an absent husband.

On Salma, her character in Ramy, a married Muslim woman who has an affair

Ooh, I love that role. ... So I'd met [creator] Ramy [Youssef] a couple years ago. He was emceeing an event, and most emcees are just awful and terrible, and he was so crazy funny. And we just met and we started talking. He's a kid — he was, I think, 23 when I met him — he was a kid. And we were talking, we were laughing. And he was like, "Oh my God, you're so funny — I should write something for you." And I said, "I'm not gonna play your mama; I'm not going to play a depressed auntie. ... I just want to be funny, and having sex. That's what I want." And he laughed, and then a while later, he called and said, "I think I've written a part for you." ...

I think what happens, as actresses, people are always looking to put you in different boxes, right? You can move from a small box to a bigger box, but it's still a box. The golden cage that is the model minority stereotype, which is: Yes, well, you get to play these really smart people, but then when you play the doctors and the lawyers and the engineers and the head of the robotics team, you really start depriving yourself. And our community is full of — there's stories of addictions, stories of depression, there's stories of sexual violence, there's stories of not belonging, of immigration. I mean, when you get boxed into that neatly tied-up model minority box, it just [is] always calling for me to break out of it.

So that's what I was conveying. Brown women are so seldom portrayed with any sense of sexuality. I can really say that for South Asian women, especially Muslim women. So what does that look like on screen? That's what interests me; that's what fascinates me. And I think Ramy explored that so beautifully.

Kat Lonsdorf and Emily Kopp produced and edited this interview for broadcast. Patrick Jarenwattananon adapted it for the Web.