Accessibility links
SAT-Takers Will Not Be Assigned 'Adversity Score,' College Board Announces Presented alongside a student's SAT score, the number was intended to measure all that a student overcame, such as poverty and crime. But now the College Board is revising its approach to the data. 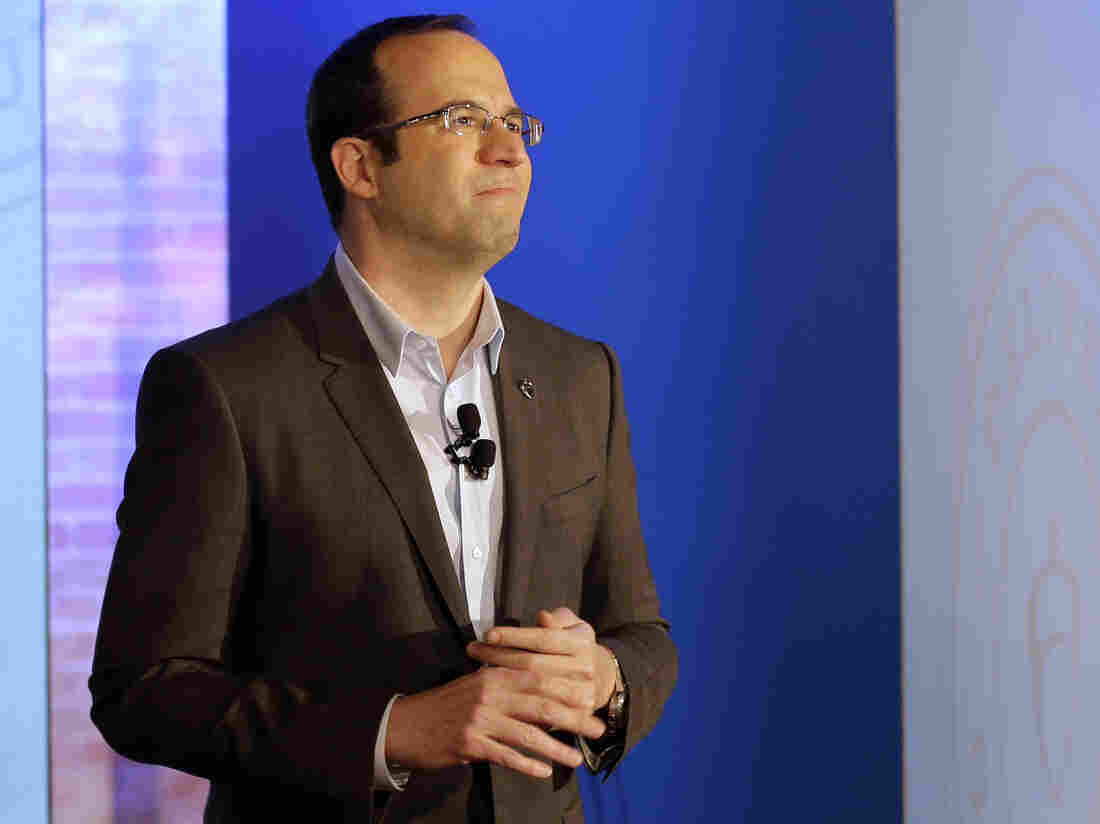 David Coleman, CEO of the College Board, which administers the SAT, announced on Tuesday that the company's "adversity score" was being abandoned and replaced by a new tool that provides information about a student's socioeconomic background. Eric Gay/AP hide caption 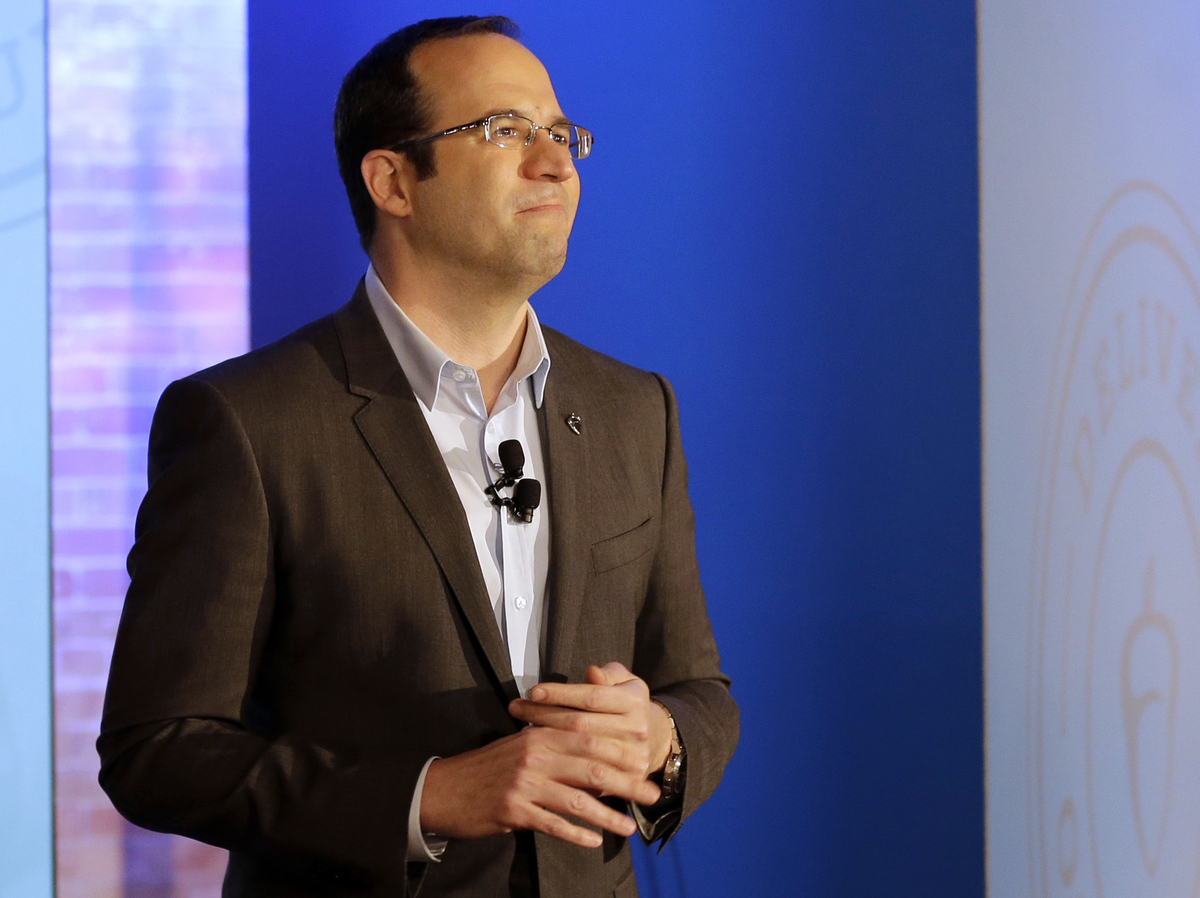 David Coleman, CEO of the College Board, which administers the SAT, announced on Tuesday that the company's "adversity score" was being abandoned and replaced by a new tool that provides information about a student's socioeconomic background.

The College Board is dropping its plan to give SAT-takers a single score that captures a student's economic hardship. The change comes after blowback from university officials and parents of those taking the college admissions exam.

Announced in May, the "adversity score" was intended to assess the kind of neighborhood the student came from, including factors such as the portion of students receiving free or reduced lunch, the level of crime and average educational attainment. The pushback was swift.

"It just seemed sort of like the higher the score, you know, what? The poorer you are?" said Zenia Henderson of the National College Access Network.

Henderson said many parents and school counselors believed one single number couldn't possibly capture a student's whole story. And there were other what-ifs.

"Someone can take that information and really use it for wrong to say, 'Wow, this student comes from this kind of community and area, they might not be a good fit for our school,'" Henderson said.

In an interview with NPR, College Board CEO David Coleman said that boiling all of that complex information down to one number was indeed problematic and that the company is now reversing its decision.

Some people worried that the adversity score would affect SAT scores, when that was never the case, Coleman said.

And so the College Board is launching a tool called Landscape, which will provide admissions counselors with information about a student's background, like average neighborhood income and crime rates, but Coleman said the data points will not be given a score.

The College Board is letting college officials do their own analysis from the government information it provides alongside SAT scores.

"We'll leave the interpretation to the admission's officer," Coleman said. "In other words, we're leaving a lot more room for judgment."

The change comes amid a larger national debate around what role a student's background should play when they're applying to college. A lawsuit filed against Harvard University has challenged that school's use of race in admissions. And earlier this year, the college admissions scandal drew attention to the difference a wealthy family can make.

That backdrop isn't lost on Coleman.

"And you know the founding mission of the College Board is it's not about your connections, it's not about who you know. It's about the work you've done," Coleman said.

The College Board initially conceived of the idea of providing schools with a student's background information at the request of colleges and universities in an attempt to view a student's objective SAT results in the context of the conditions under which the student lives and learns, Coleman said. The thinking, he said, was that if a student overcame economic or other challenges to earn a certain SAT score, that information should be known by decision-makers.

Diaraye Diallo — a black Muslim 18-year-old and soon-to-be college student — is glad the College Board will be providing schools with information about a student's hardships. She's one of four siblings raised by a single mom in Denver, and she said the idea of admissions officers judging her by her GPA and SAT score is frustrating.

"There are a lot of other things that limit peoples' potential, such as money, such as having access to people to tutor you for the SAT," she said.

"I spent most of my junior year stressing and trying to figure out how I was going to get into schools — and also be able to afford going to schools — if my score isn't up to par with my white counterparts. Because I'm a horrible test taker."

And Coleman says the college admissions process should encompass more than just grades and test scores.

The adversity score did not account for a student's race, but schools that used the tool in pilot testing reported that the socioeconomic data helped boost nonwhite enrollment.

Revising the approach but keeping the contextual background information will hopefully appease the college counselors and parents who were upset over the adversity score, Coleman said.

"The first move was to admit," he said, "that summing it up in a single score was a mistake, so we've stopped that."

Worries about the initial score included the criticism that how the information was calculated, along with what each student's score was, remained unavailable to the students and their families. Now, Coleman said, that will change.

"Within a year, we'll be able for every family and student, on their College Board account, to show them their neighborhood and school information transparently," he said.

A previous version of the photo caption incorrectly called David Coleman the president of the College Board. Previously he was both its president and CEO, but now he is just its CEO.