Accessibility links
Epstein Accuser Calls On Prince Andrew To 'Come Clean' He has denied accusations by Virginia Roberts Giuffre, who says that as a teenager, she was recruited by Jeffrey Epstein and forced to have sex with the prince and other powerful men. 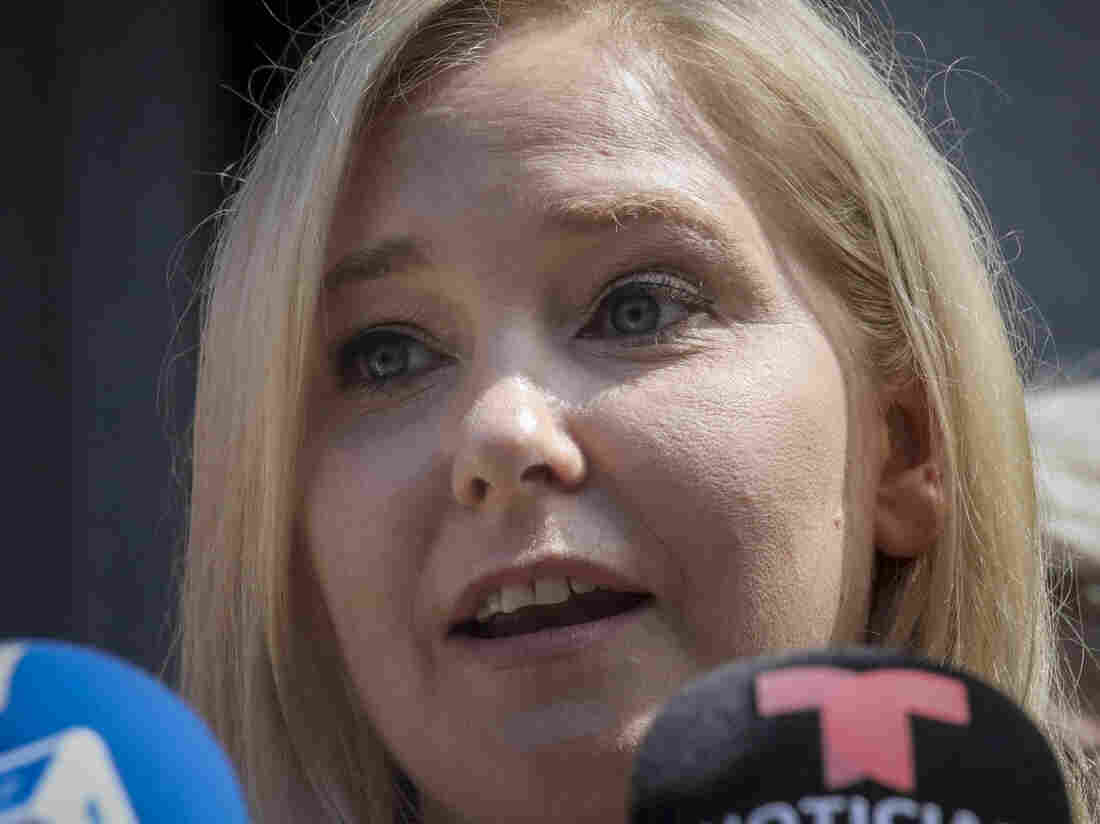 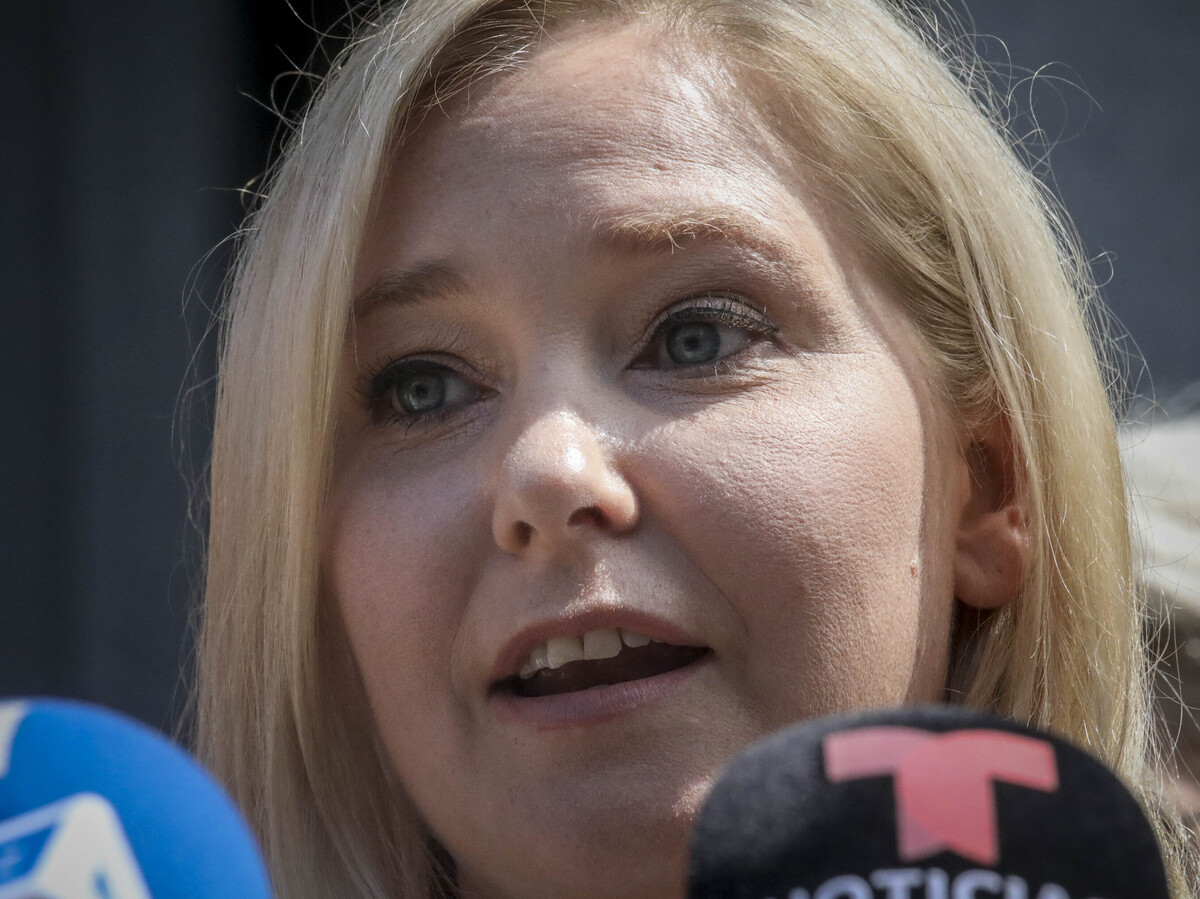 Jeffrey Epstein accuser Virginia Giuffre appeared Tuesday outside a federal courtroom in Manhattan to reiterate her allegation that the financier, who killed himself earlier this month, ordered her to have sex with Britain's Prince Andrew.

She called on him to "come clean" about it. Her remarks came after an extraordinary court hearing was called by the judge in the Epstein case as a way to give voice to alleged victims after the financier's death.

Last week, Buckingham Palace released a statement denying the allegations against Andrew after a London tabloid released a video purporting to show him in 2010 at Epstein's Upper East Side townhouse waving goodbye to an unidentified woman.

Giuffre, whose maiden name is Roberts, was one of nearly two dozen Epstein accusers who spoke out in the New York courtroom. She says that at age 15, while she was working at Mar-a-Lago — the club owned by future president Donald Trump — she was procured for sex by Ghislaine Maxwell on behalf of Epstein.

"I was recruited at a very young age from Mar-a-Lago and entrapped in a world that I didn't understand and I've been fighting that very world to this day and I won't stop fighting. I will never be silenced, until these people are brought to justice," Giuffre, who is now married and living in Australia, said Tuesday.

In an Aug. 18 statement, Buckingham Palace said that Andrew was "appalled by the recent reports of Jeffrey Epstein's alleged crimes" and that "His Royal Highness deplores the exploitation of any human being and the suggestion he would condone, participate in or encourage any such behaviour is abhorrent."

On Saturday, Andrew released an even more direct statement, saying he did not "see, witness or suspect any behavior of that sort that subsequently led to [the] arrest and conviction" of Epstein.

Giuffre, asked by reporters Tuesday to comment on the statement, said: "He knows exactly what he's done and I hope he comes clean about it."

David Boies, a lawyer for Epstein's accusers, added: "Anybody can deny things in a printed statement. It's a different thing to come here and answer questions under oath and subject to cross-examinations. Those are the kinds of answers that we are eventually going to get."

The hearing on Tuesday was called by U.S. District Judge Richard Berman who said that although Epstein's death had dissolved the case, "I believe it is the court's responsibility, and manifestly within its purview, to ensure that the victims in this case are treated fairly and with dignity."

Andrew is one among several prominent men who have been caught up in the sex scandal centered on Epstein.

In 2008, Epstein pleaded guilty in Florida state court to soliciting a prostitute and procuring an underage girl for prostitution. He served less than 13 months.

In July, Epstein, 66, was arrested again on federal charges of trafficking of minors. He denied the allegations. His death by hanging in his jail cell on Aug. 10 was ruled a suicide.