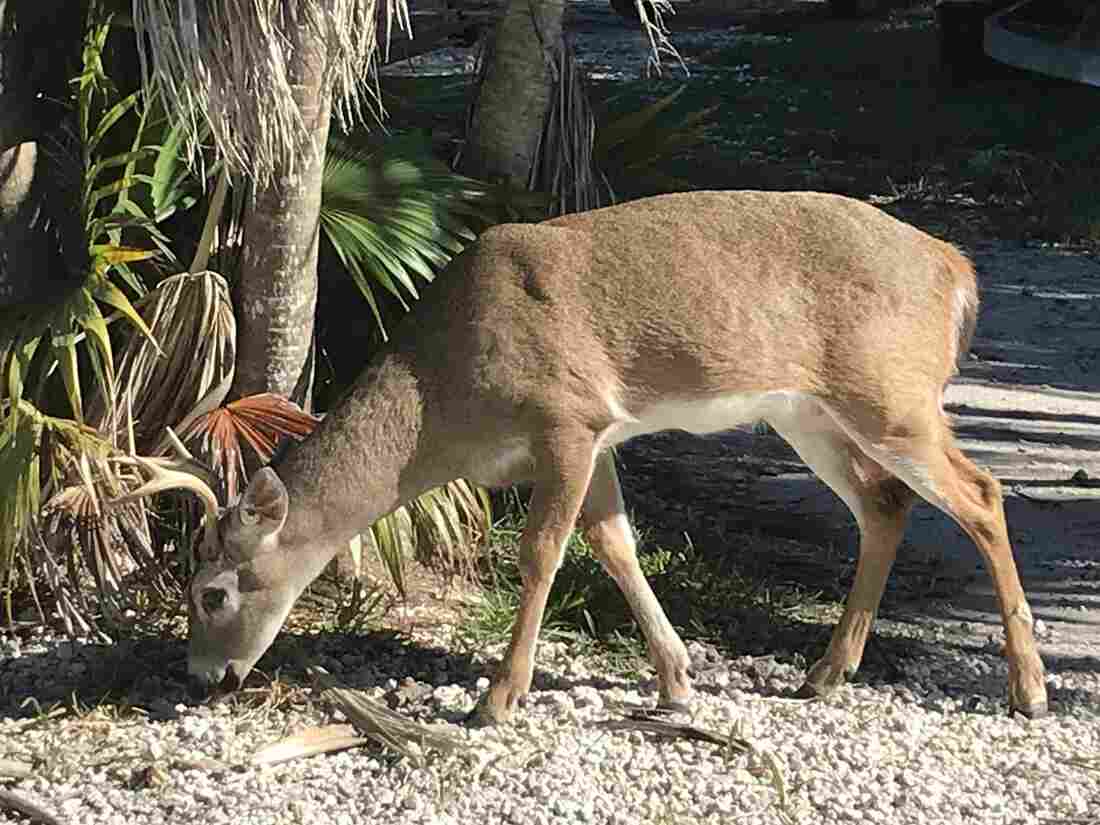 The Key deer is named for its habitat in the Florida Keys. It's a tiny version of the white-tailed deer. Greg Allen/NPR hide caption 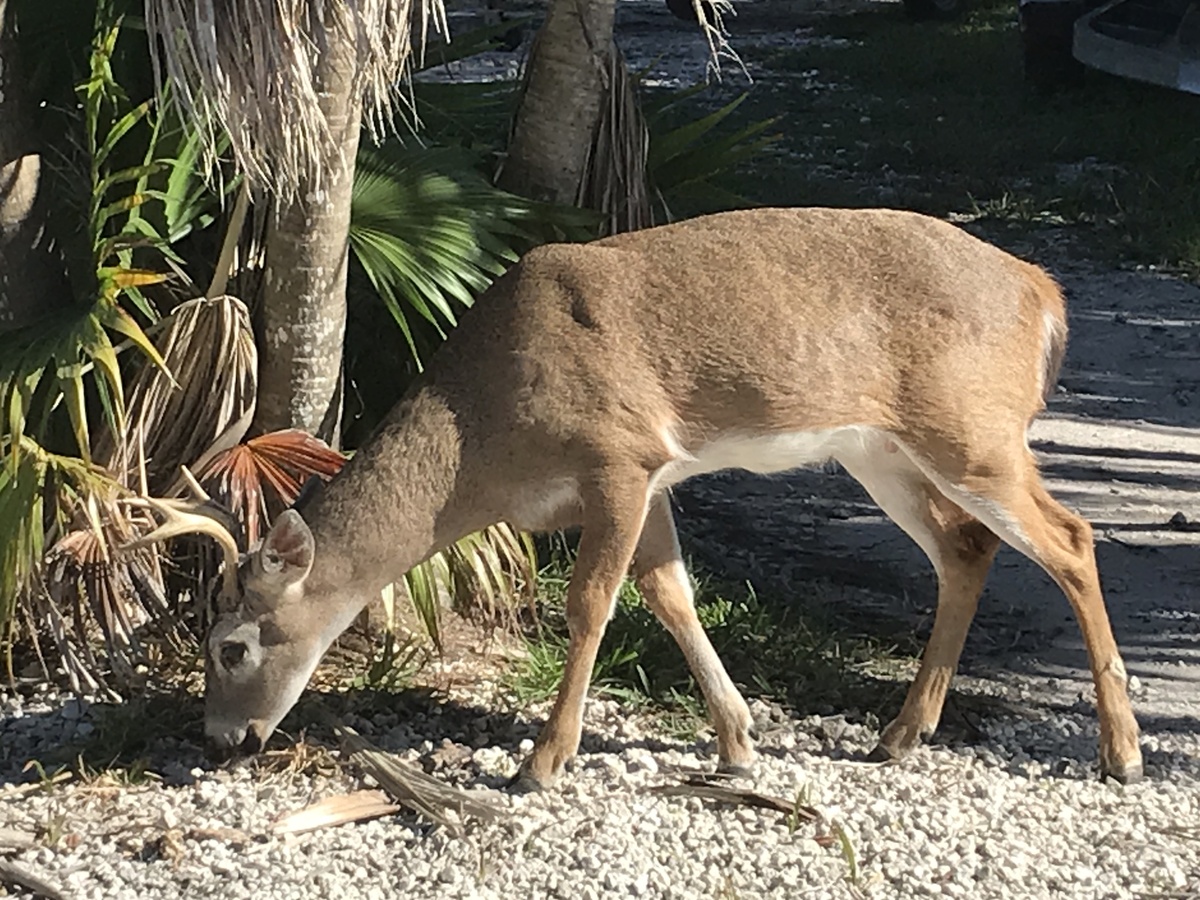 The Key deer is named for its habitat in the Florida Keys. It's a tiny version of the white-tailed deer.

The Trump administration is considering removing the Key deer, one of Florida's most iconic and beloved animals, from the endangered species list. Named for their habitat in the Florida Keys, they are tiny versions of white-tailed deer, typically at the shoulder just 2 or 3 feet tall. They're cute, popular with tourists and used to be found on more than a dozen Florida islands. Today, most of them live on a single island, Big Pine Key.

Hungry Deer May Be Changing How Things Sound In The Forest

Jan Svejkovsky, a wildlife biologist with Save Our Key Deer, points out a young Key deer in a residential neighborhood on the island. The deer is a little bigger than a Chihuahua.

"It's a little buck," Svejkovsky says. "One spike on each side. My guess is he's a year old."

Svejkovsky's driving around surveying some of the damage done to the Key deer's habitat two years ago in Hurricane Irma. On this part of the island, the road is lined with acres of dead mangrove bushes.

"Mostly this was black mangrove," Svejkovsky says. "[For] the deer here on this peninsula, mangrove is a very, very big part of their diet. And they lost a lot of it."

Hurricane Irma had a big impact on the Key deer population. Hundreds died in the storm and its aftermath. Scarcity of drinkable water is a major problem because Irma inundated the island, filling freshwater ponds with seawater.

Svejkovsky and his wife, Valerie Preziosi, who also volunteers for Save Our Key Deer, have been monitoring ponds and checking their salinity. On one part of the island, a peninsula called Long Beach, Preziosi uses a handheld meter to test the water in a pond that deer used to frequent. It reads 61.8 parts per thousand.

Svejkovsky adds, "This part of their habitat is now dead because post-Irma, it has no drinkable water."

Many deer now get water from drainage lines from air conditioners and buckets left out by residents. The problem is likely to get worse with climate change. The sea level here is expected to rise by as much as 2 feet by 2060. As that happens, the amount of fresh water available for Key deer is likely to diminish. 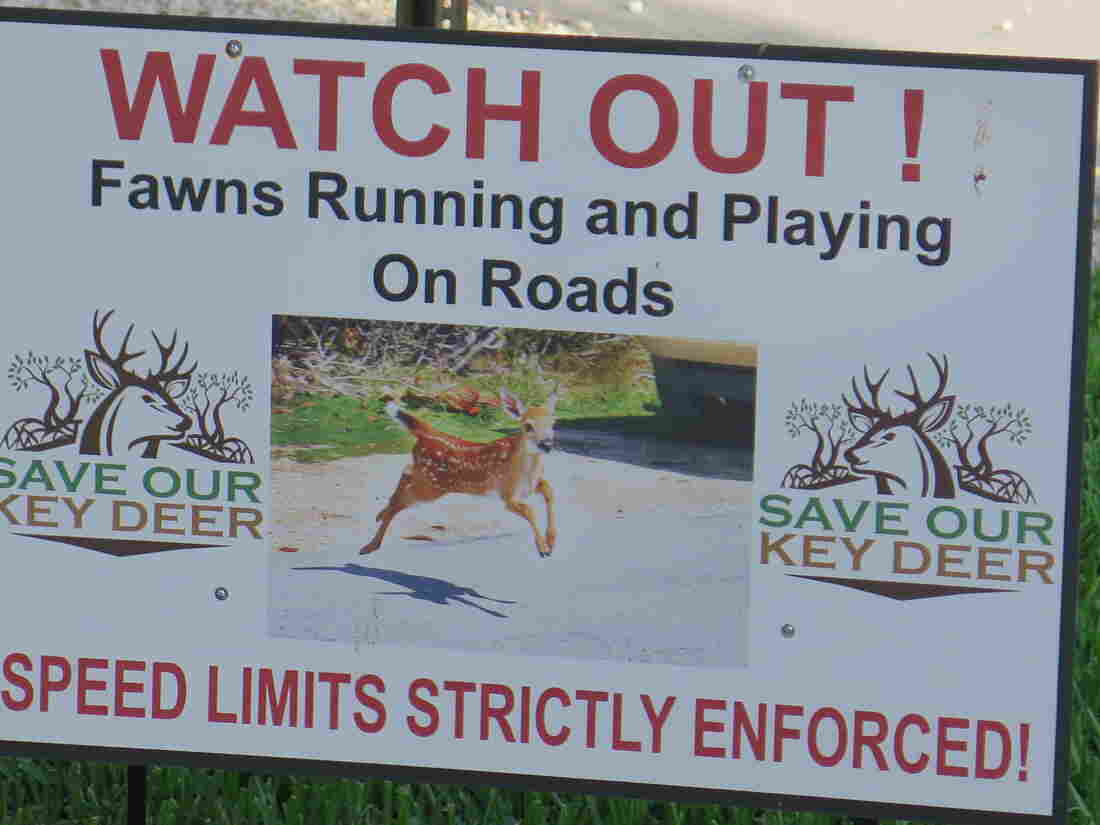 As part of a national plan reassessing the status of animals and plants on the endangered species list, the U.S. Fish and Wildlife Service has recommended that Key deer be "delisted due to recovery." Greg Allen/NPR hide caption 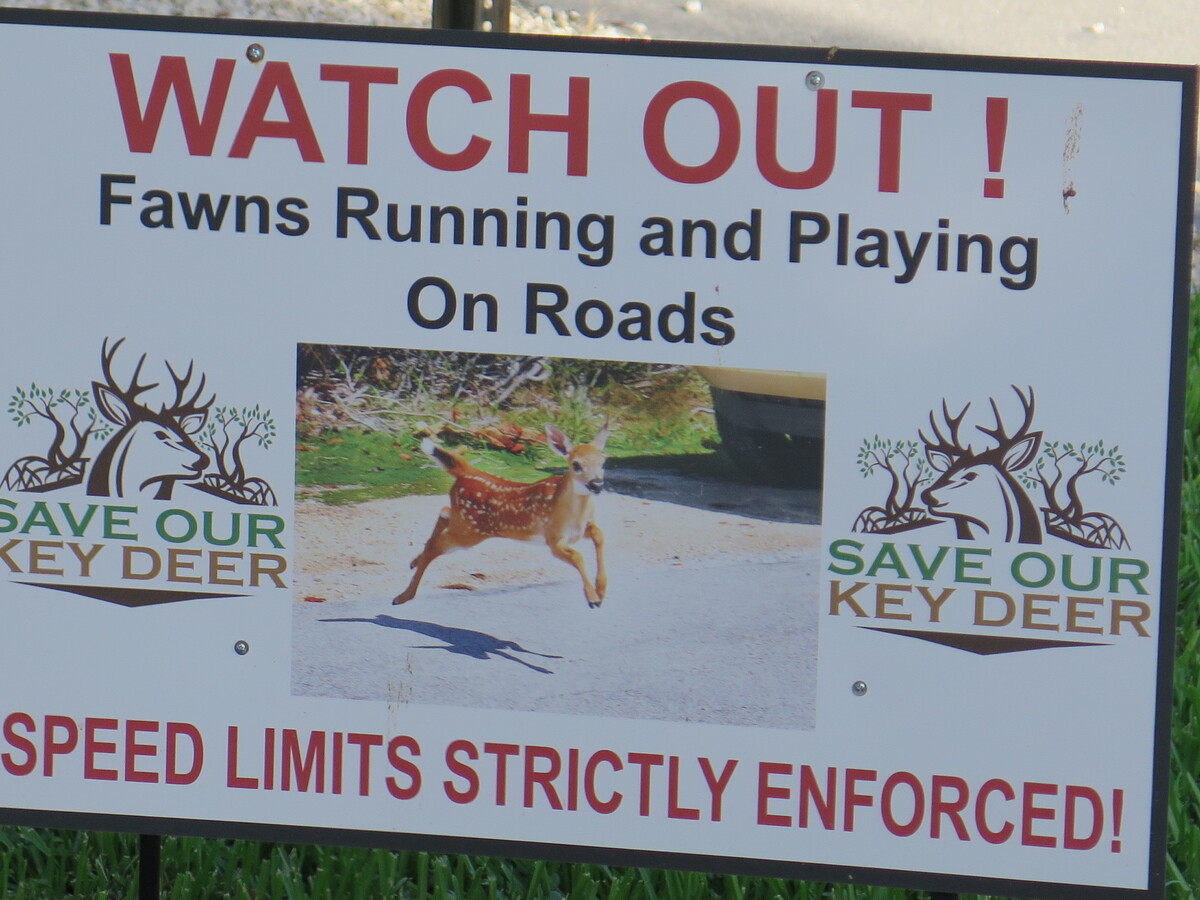 As part of a national plan reassessing the status of animals and plants on the endangered species list, the U.S. Fish and Wildlife Service has recommended that Key deer be "delisted due to recovery."

Many deer have also died from a disease, screwworm, and from being hit by cars. Today, the total population is around 600 animals. Given those numbers, and the challenges the deer have faced, many here were surprised when the U.S. Fish and Wildlife Service recommended taking Key deer off the endangered list.

Nearly 100 people turned out for a recent meeting convened by Fish and Wildlife officials. Most of them were Key deer advocates. Roxanna Hinzman with Fish and Wildlife did her best to allay their concerns. She opened the meeting with an announcement, "There has been no final decision to delist the Key deer."

As part of a national plan reassessing the status of animals and plants on the endangered list, USFWS has recommended that the Key deer be "delisted due to recovery." At the meeting, Hinzman pointed out that the Key deer population, once as low as 50, grew in recent years to as many as 1,000.

The recent decline of the herd recently and the hundreds of deaths, Hinzman says, isn't a reason in itself to keep the species on the list. In the past, despite hurricanes, fires and disease, Key deer have always rebounded.

Because these deer are currently endangered, the islands where most of them live — Big Pine Key and No Name Key — have strict habitat conservation plans that limit development. Vivian Beck, with the Key Deer Protection Alliance, believes that's a factor in the move to now take them off the endangered list.

"What's the one thing stopping development in Big Pine Key and No Name? The Key deer," says Beck.

USFWS officials acknowledge that the biggest threat they see to Key deer is rising sea levels. For that reason, plans to release an assessment of the deer and their habitat have been put on hold while the agency seeks additional input on sea level rise. Advocates see that as a good sign — that compelling scientific information may yet force the government to keep Key deer on the endangered list.