Accessibility links
Johnny Isakson To Retire From Georgia Senate Seat For Health Reasons In a statement, the senator said his Parkinson's disease was progressing. "I will not be able to do the job over the long term in the manner the citizens of Georgia deserve," Isakson said. 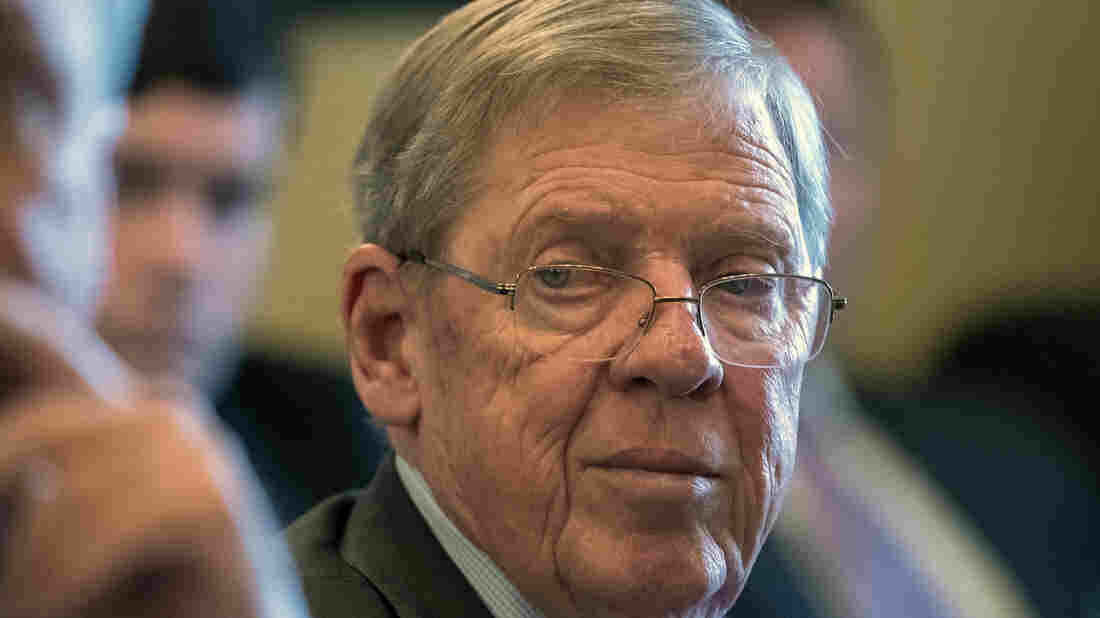 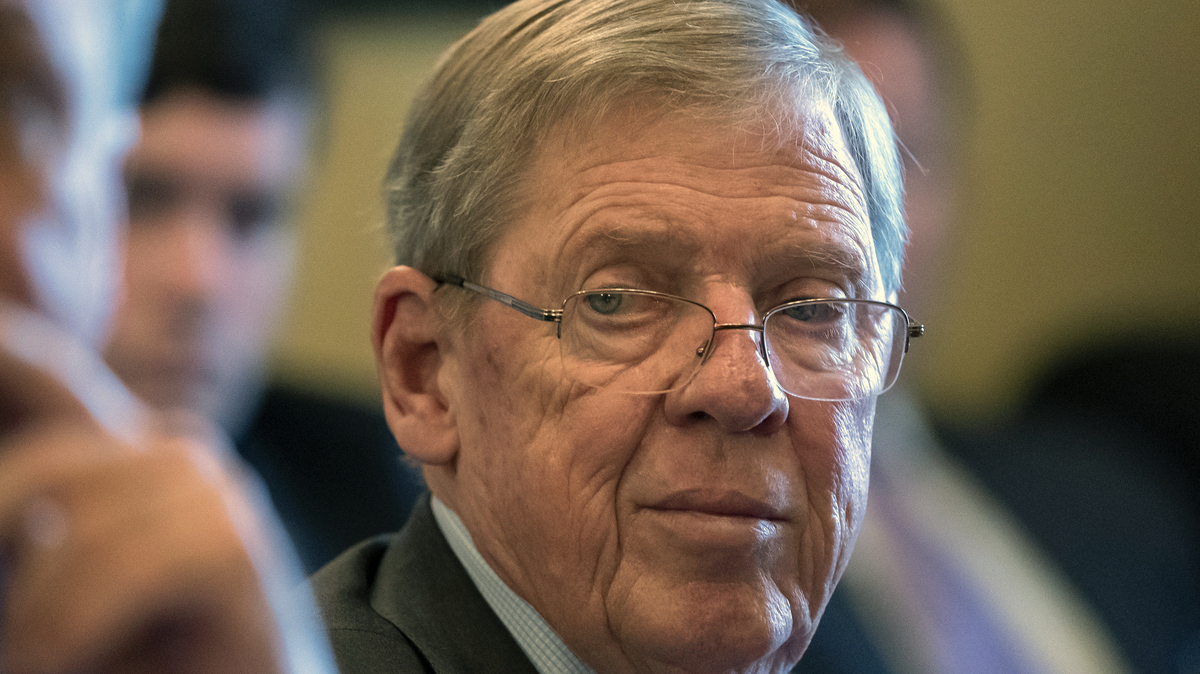 Georgia Republican Johnny Isakson announced Wednesday that he will be resigning from his Senate seat at the end of the year. Isakson has been battling Parkinson's disease and cited health problems for why he's stepping aside with three years left in his current term.

In a tweet on Wednesday, the senator said it has been "the honor of a lifetime" to serve the residents of Georgia.

"After much prayer and consultation with my family and doctors, I have made the very tough decision to leave the U.S. Senate at the end of 2019. It has been the honor of a lifetime serving the state of Georgia. This decision pains me greatly, but I know it is the right thing to do."

Georgia's Republican Gov. Brian Kemp will appoint a interim senator to serve through the end of next year. The seat will then be subject to a special election in 2020 and another election in 2022 for a full six-year Senate term.

"Senator Isakson's list of accomplishments on behalf of the state that he loves is long and revered," Kemp said in a statement, "but what Georgia should be most thankful for is the high standard that Johnny held as a true gentleman, a fighter for his constituents, a trusted advocate for our nation's veterans, and one of the greatest statesmen to ever answer the call of service to our country."

Isakson's retirement means a second Georgia seat for Republicans to defend next year; Sen. David Perdue is up for reelection. The National Republican Senate Committee Chairman Todd Young of Indiana said Isakson "has served Georgians with the highest integrity and distinction in the U.S. Senate."

"He will be missed, but we look forward to the men and women of Georgia electing another strong Republican leader in 2020 alongside David Perdue," Young's statement said.

In recent years, Democrats have been making strides in typically deep-red Georgia. Democrat Stacey Abrams lost by a razor-thin margin to Kemp in Georgia's gubernatorial election in 2018.

Isakson's retirement lead to near-instant speculation that Abrams might make a run at the soon-to-be-open Senate seat. But she quickly knocked down those pinning hopes on her candidacy.

A spokesman said on Abrams' official Twitter account: "Our thoughts are with Senator Isakson and his family ... While she will not be a candidate herself, she is committed to helping Democratic candidates win both Senate races next year."

Statement from my spokesman: pic.twitter.com/0smIAb5ptA

Last month, Isakson was hospitalized after falling in his Washington, D.C., residence, where he suffered four fractured ribs and a torn rotator cuff.

On Monday, according to his office, Isakson had surgery to remove a "2-centifmenter renal cell carcinoma from his kidneys."

In a fuller statement posted to his Senate website, Isakson said his health challenges were "taking their toll" on him and and his family.

"My Parkinson's has been progressing, and I am continuing physical therapy to recover from a fall in July. In addition, this week I had surgery to remove a growth on my kidney," Isakson said.

"I have concluded that I will not be able to do the job over the long term in the manner the citizens of Georgia deserve. It goes against every fiber of my being to leave in the middle of my Senate term, but I know it's the right thing to do on behalf of my state."

Isakson entered politics after a successful career in real estate in Georgia. He served as a member in the Georgia's state legislature for 17 years, becoming a member of the General Assembly in 1976. After House Speaker Newt Gingrich, R-Ga., resigned from Congress in 1999, Isakson won a special election to fill his seat.

As a Georgia representative, he worked on the House Education and Workforce Committee (now called the Education and Labor Committee) and played a lead role in crafting President George W. Bush's No Child Left Behind Act.

In 2004, Isakson won his bid for the U.S. Senate and has been serving there ever since. Isakson is chairman of both the Veterans' Affairs and Senate ethics committees.

Isakson is the fourth Republican senator, and fifth overall, to announce a retirement instead of seeking another term. GOP Sens. Lamar Alexander of Tennessee, Mike Enzi of Wyoming and Pat Roberts of Kansas previously announced they will not seek reelection in 2020.

Sen. Tom Udall, D-N.M., announced in March that he will not seek reelection next year.

Isackson said in a statement that he is looking forward to returning to Washington next month when the Senate comes back from the August recess. He also said he had informed Kemp that his last day serving in the Senate will be Dec. 31.