Accessibility links
Review: 'The Load' Is Heavy, But Worth The Effort The dangers are existential in this "anti-thriller," in which a truck driver must navigate Serbia's back roads carrying an unknown payload.

A War-Ravaged Country, A Mysterious Cargo: 'The Load'

A War-Ravaged Country, A Mysterious Cargo: 'The Load' 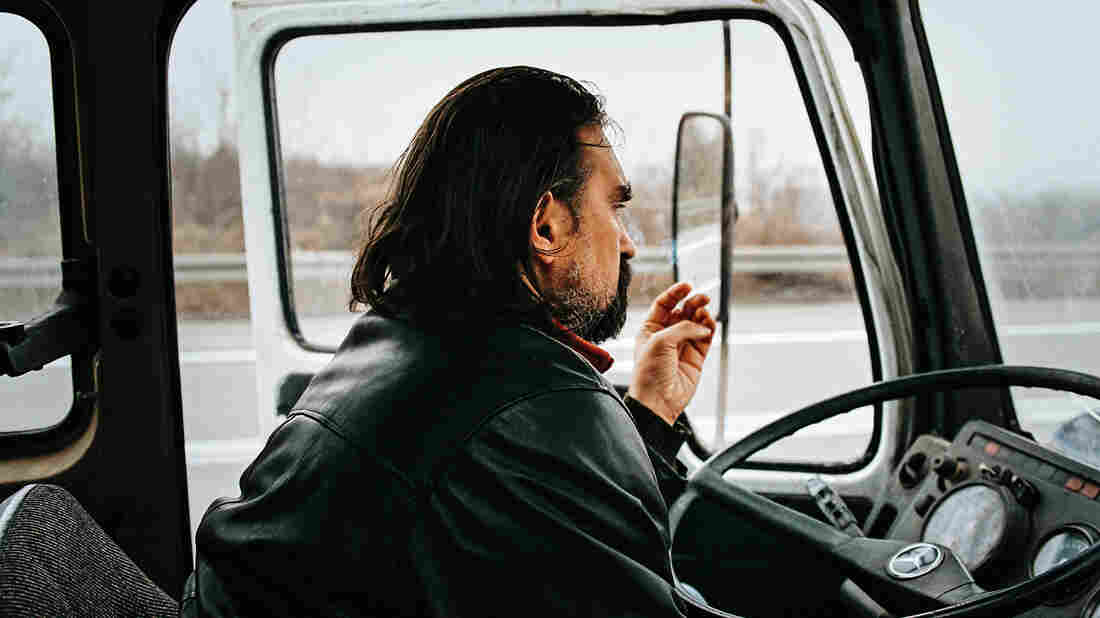 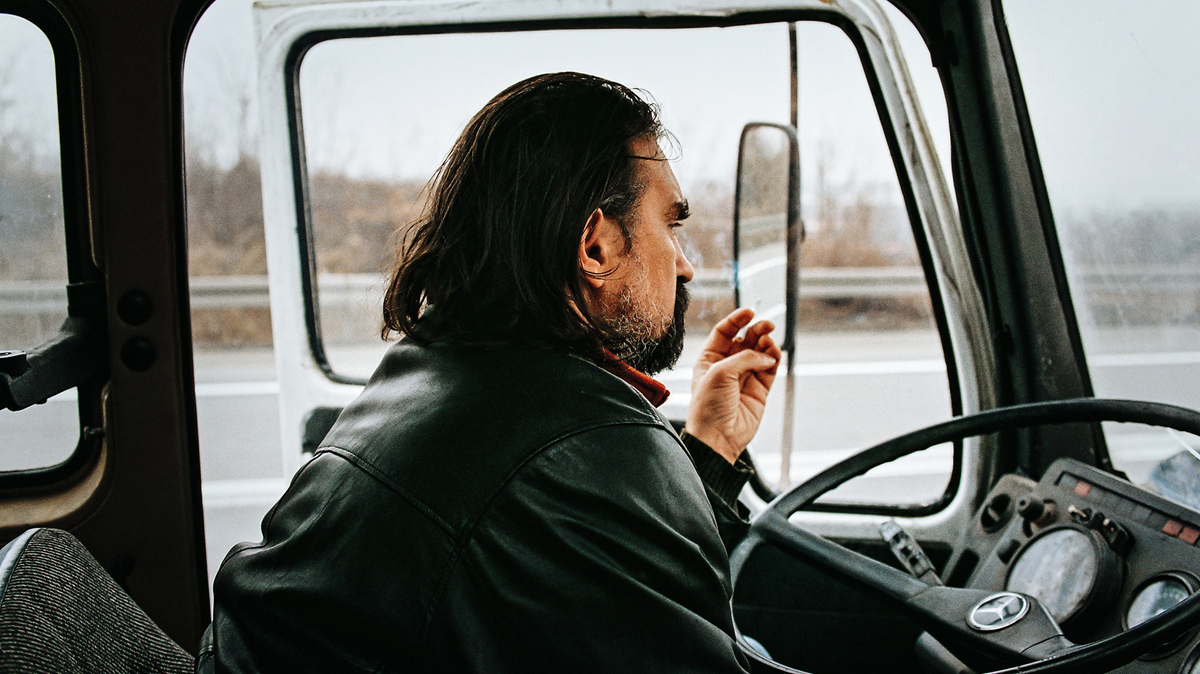 In H.G. Clouzot's classic 1953 thriller The Wages of Fear, four desperate European men are hired by an American oil company to transport two trucks full of nitroglycerin over a rocky mountain pass to a raging fire on the other side, which their cargo will help extinguish. It's pretty close to a suicide mission: Should either of the trucks hit a divot or a rock, or slide away from the narrow, unpaved road, the unstable liquid will explode. Clouzot turns their predicament into a gnawing-to-the-cuticles nail-biter, and the film was a huge critical and commercial hit, but the U.S. cut eliminated most of the context for the job, in reaction to its "anti-American" sentiment. It wasn't restored to its full length until decades later, long after William Friedkin remade it as Sorcerer in 1977.

The Serbian anti-thriller The Load is like The Wages of Fear with only context and nothing in the way of suspense. The basic idea is exactly the same: A down-on-his-luck truck driver, having lost a blue-collar job after a factory closure, drives important cargo from Kosovo to Belgrade, at the behest of an unknown but surely malevolent actors. He faces some detours and other complications along the way, but there's no danger of the truck exploding and whatever conflict he experiences is mostly existential. Even when he gets stopped by a policeman who demands to see what's locked away inside the truck, the situation is defused without incident.

With his sure-handed debut feature, Ognjen Glavonić requires the audience to scuttle its expectations for high tension and give itself over to a more austere treatment of Yugoslavian history, specifically the year 1999, during the NATO bombing that blanketed the entire country. The Load is thoughtful enough as a character study, but its true subject is the war-ravaged landscape that unfurls through the truck's windshield and the various pit stops its driver makes along the way. It's like a sober post-script to Emir Kusterica's 1995 dark comedy Underground, which famously ends with the words, "Once upon a time, there was a country."

In the exceptionally beautiful opening shot, a truck wends its way down a hill at dusk as NATO bombs pop off in the distant skies behind it, like a nightly fireworks display that nobody seems to notice anymore. Inside the truck are about half a dozen burly drivers, who are instructed never to stop when they start driving, to avoid traffic or any unwanted attention, and to be at their destination by 9 p.m. sharp. Vlada (Leon Lučev) has heard this song-and-dance before, having made similar drives three times earlier, but there's a sense of unease about the job that pervades the atmosphere. They don't know what they're carrying — making it a little like those glowing suitcases in Kiss Me Deadly and Pulp Fiction — but it seems reasonable to expect they'd refuse the work if they did.

Vlada gets sidetracked immediately by flaming wreckage that obstructs the bridge on his planned route, so he has to negotiate a confusing network of old roads to Belgrade instead. He ostensibly gets some assistance from a young hitchhiker, Paja (Pavle Čemerikić), who claims to be from the city, but the two mostly settle into fitful conversation over topics like the World War II origins of Vlada's old lighter or Paja's punk band, which sounds surprisingly good on a cassette dub. Vlada isn't the talkative type, but Paja reminds him of his teenage son Ivan, who's back home resenting all the time he's spending on the road.

The Load is a fictional companion to Glavonić's 2016 documentary Depth Two, about the discovery of mass graves in suburban Belgrade and Serbia's refusal to engage with the genocidal sins of the recent past. Though he doesn't confront this violence directly, Glavonić does want to give a sense of how ordinary working-class people like Vlada scraped along at the end of the 20th century, without steady work and with the background noise of aircraft and bombs overhead. Glavonić doesn't condemn Vlada's complicit behavior in the face of near-certain evil, but he does reveal how desperation can swallow such men whole. He doesn't have any other options.

It helps to have context for the context— Glavonić assumes a lot of knowledge going in, and and even the introductory titles explain only the basics about the conflict between Serbian state forces and Kosovo-Albanian separatists — but The Load conjures a somber mood and picks up many vivid details along the way, like the vandalistic impulse of bored young people or a billboard of a blown-up Eiffel Tower with the words "Just Imagine" next to it. Vlada bitterly refers to the NATO bombing as "a video-game war," but Glavonić aims to make its consequences felt anew.