Accessibility links
Sheryl Crow Won't Be Making Albums Anymore: 'It's Almost A Dying Art Form' NPR's Mary Louise Kelly talks with Sheryl Crow about her latest album, Threads, and why this will probably be her last. 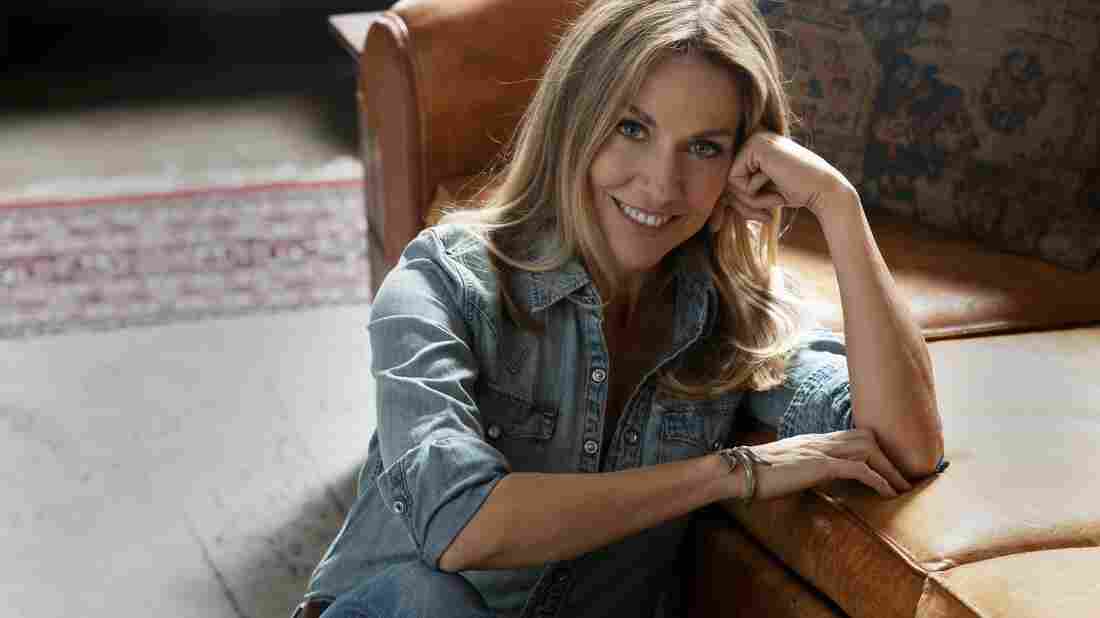 "It's almost a dying art form in that people cherry-pick songs and put them on playlists and so, I don't know that the listening audience really ever gets the sense of the full artistic statement," Sheryl Crow says. Dove Shore/Courtesy of the artist hide caption 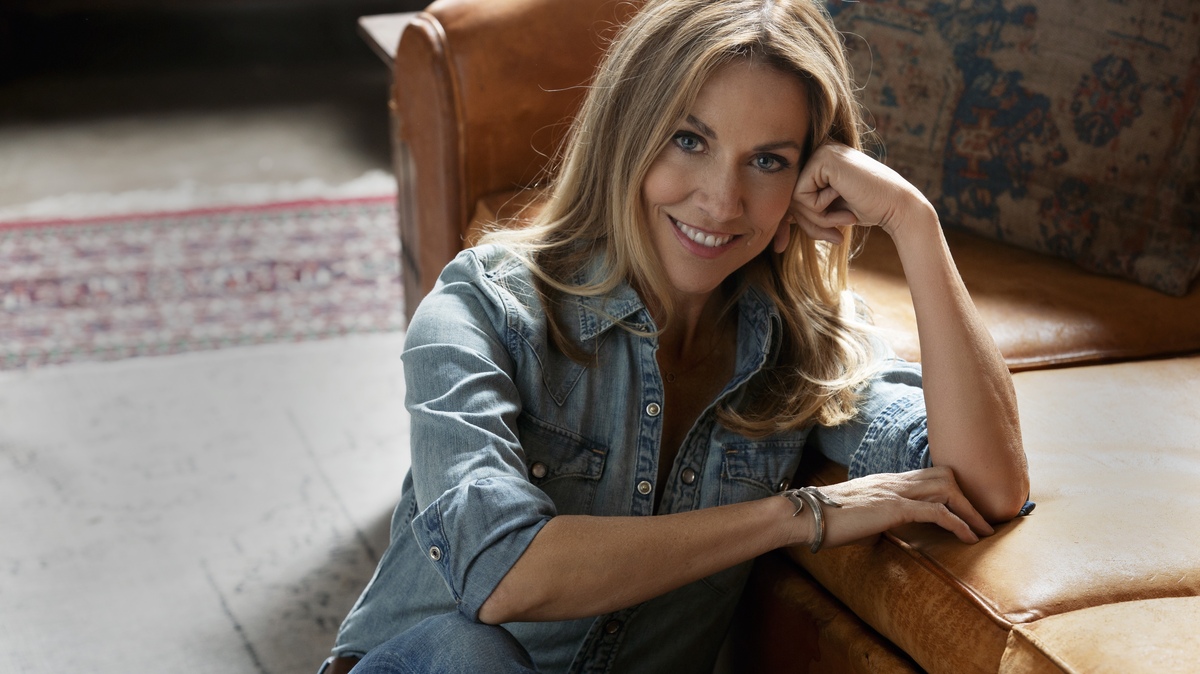 "It's almost a dying art form in that people cherry-pick songs and put them on playlists and so, I don't know that the listening audience really ever gets the sense of the full artistic statement," Sheryl Crow says.

Dove Shore/Courtesy of the artist

If you've turned on your radio anytime over the past quarter century, there's a decent chance you heard the voice of Sheryl Crow. From "All I Wanna Do" to "If It Makes You Happy," the Missouri-born music-maker has been consistently pumping out feel-good pop rock for more than three decades. Now, after nine Grammys and more than 50 million albums sold, the singer-songwriter says her 11th album, Threads, out Aug. 30, will be her last. For the momentous occasion, Crow called on friends whom she considers to be her bucket list collaborators: Stevie Nicks, Bob Dylan and Sting, to name a few.

Crow spoke with NPR's Mary Louise Kelly about personally making calls to legends for the album, songwriting as an outlet and putting out music in the age of streaming and playlists. Hear the radio version of their conversation at the audio link, and read on for more that didn't make the broadcast.

Sheryl Crow: Well, I have loved the tradition of making records. I grew up holding the actual physical record and poring over the album notes and just dreaming about doing what I'm doing now. And with technology, it's a little bit like putting the toothpaste back into the tube. We can't go back and expect — particularly young people — to listen to albums from top to bottom. It's almost a dying art form in that people cherry-pick songs and put them on playlists. So, I don't know that the listening audience really ever gets the sense of the full artistic statement.

And just to put people's minds at rest, you're not done recording. You're still going to put singles out there?

I can't imagine what I would do if I wasn't recording or touring. I mean, touring for us is really where the joy is at. I love going in and recording songs.

We had a great experience last year with "Wouldn't Want To Be Like You." We put out a song that meant something at that moment in the immediacy and didn't wait for a full length record. And it was kind of liberating to be able to do that. So I think that's what I'll aim for. Then, if people want to put together an album, they can do that; they can put together a compilation or their own playlist. But I like the idea of being able to write in the immediate and putting it out when it really matters.

Well, if you're gonna make a final album, this is a heck of one to go out on. Seventeen songs, all of them collaborations. And the list of people you collaborate with is insane — from Bob Dylan to Bonnie Raitt to St. Vincent to Chuck D to Keith Richards. I'm super curious how this comes about. Do the agents set this up or is this a case of you picking up the phone and calling Keith Richards and saying, "Hey, Keith, do you want to do a song with me?"

No, this was completely organic. It started off with a session with Kris Kristofferson, who, I think most people know, is in the throes of either Alzheimer's or Lyme disease [and] not making recent memories anymore. I worked with him in the studio and I just felt like, "This is important. This is what I want more of. I want to pull in the people that inspired me before I knew them, who have become a part of my life." And so I started reaching out personally to people and everyone said yes.

We made the record flying places, bringing people in. We did it through technology with people who were in England like Eric [Clapton] and Sting. And then by the end of 3 1/2 years, we just said, "You know what, we're done."

Anybody surprise you by how fun or how challenging they were to work with? Somebody where you knew you loved their music, but you hadn't actually sat down and tried to record with them before?

I think the most impactful recording for me was "Redemption Day."

The song is recorded with Johnny Cash and clearly, he's no longer with us. He had recorded in 2003 right before he passed. About two months before he passed, he recorded a song I wrote called "Redemption Day" and recording with him in the studio with his vocal in my headphones was just an incredible experience. I can't even explain it. It was so emotional. He felt so present to me and I wasn't prepared for how emotional that would feel.

You've talked about how when Emmylou Harris hit her 50s, she set the bar on how a woman can get more beautiful, more sexy, more meaningful with age. Talk to me about ["Nobody's Perfect"] and about working with Emmylou Harris.

It's such a joy to sing with her, and she, for me, is my great hope with my career. I look at what she's done and who she has constantly been and who she's become — how she's still curious, still growing, still rocking, still out there fighting for the things she believes in and still looks like herself and is just beautiful. For me to get to sing with her and to have our voices blend is, I mean, that's my kind of high.

So you're right there with her, trying to figure out how to do this in your 50s. Has your voice changed? Can you do things with it that you couldn't when you were 20?

Well, strangely my voice has gotten better. I mean, there are a lot of people that lose their range. I think my range has really increased. I am from a long line of singers and my mom has unequivocally the most incredible voice. She could have sung opera I'm convinced. She's 83 and her voice is as gorgeous and as controlled as it ever was.

Now I want to hear a collaboration with your mom.

I know! I dragged her into the studio to record some things with her and put together a combo and stuff so I have that. She would kill me if I ever put it out. All that's to say hopefully, genetically, I'm going to be able to enjoy what she's still enjoying.

You tend to write songs about the stuff that you are thinking about, whatever's on your mind — whether it's gun control or climate change or love. What are you writing about these days?

You know, it's just an interesting process in the last 10 years to be writing music on the planet as the mom of two children because there is a sense of urgency. Also, with my age there is also a real sense of liberation in the fact that I'm not competing at pop radio. I don't see my audiences as the 13-to-26 demographic that basically inhabits that space. So I write from a sense of urgency about what really matters to me.

I try to make music fun. Music, for me, is my outlet. It's the thing I love most. I go to it with all of my emotions. I guess at the end of the day, it's unavoidable for me to at least acknowledge the elephant in the room.

What is the elephant in the room for you right now?

Well, you know, I turn on the TV and I see that the rainforests are burning. I'm an environmentalist at heart; so are my children. They ask me the hard questions. My 9-year-old asked me the other day if we were going to cut down all the trees until we couldn't breathe anymore. I think about a 9-year-old and what a 9-year-old should be thinking about and that's not his mortality. So I can see writing a song about children and the load they're bearing right now. In fact, I may go home to do that now. [Laughs]