Accessibility links
Hong Kong Protests Act As Backdrop To China's Changing Of The Guard In reporting on the annual rotation of People's Liberation Army forces in Hong Kong, Xinhua said they "are determined to resolutely protect national sovereignty, security and development interests." 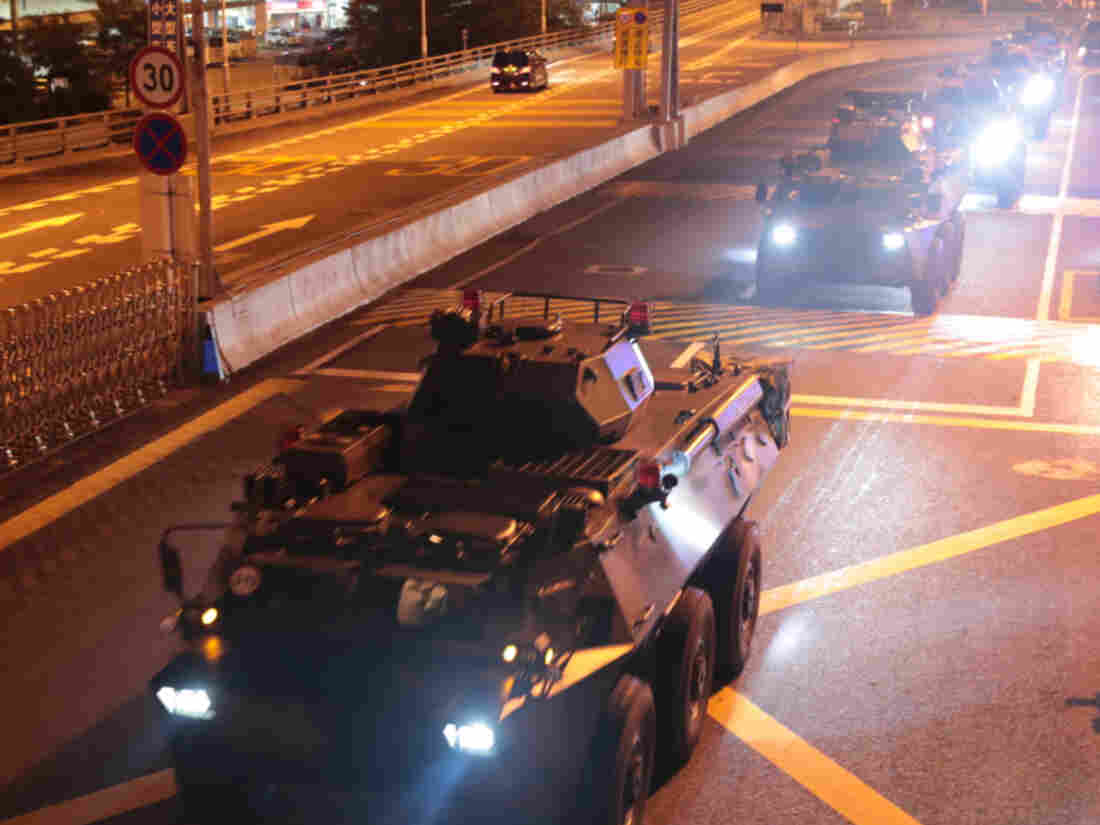 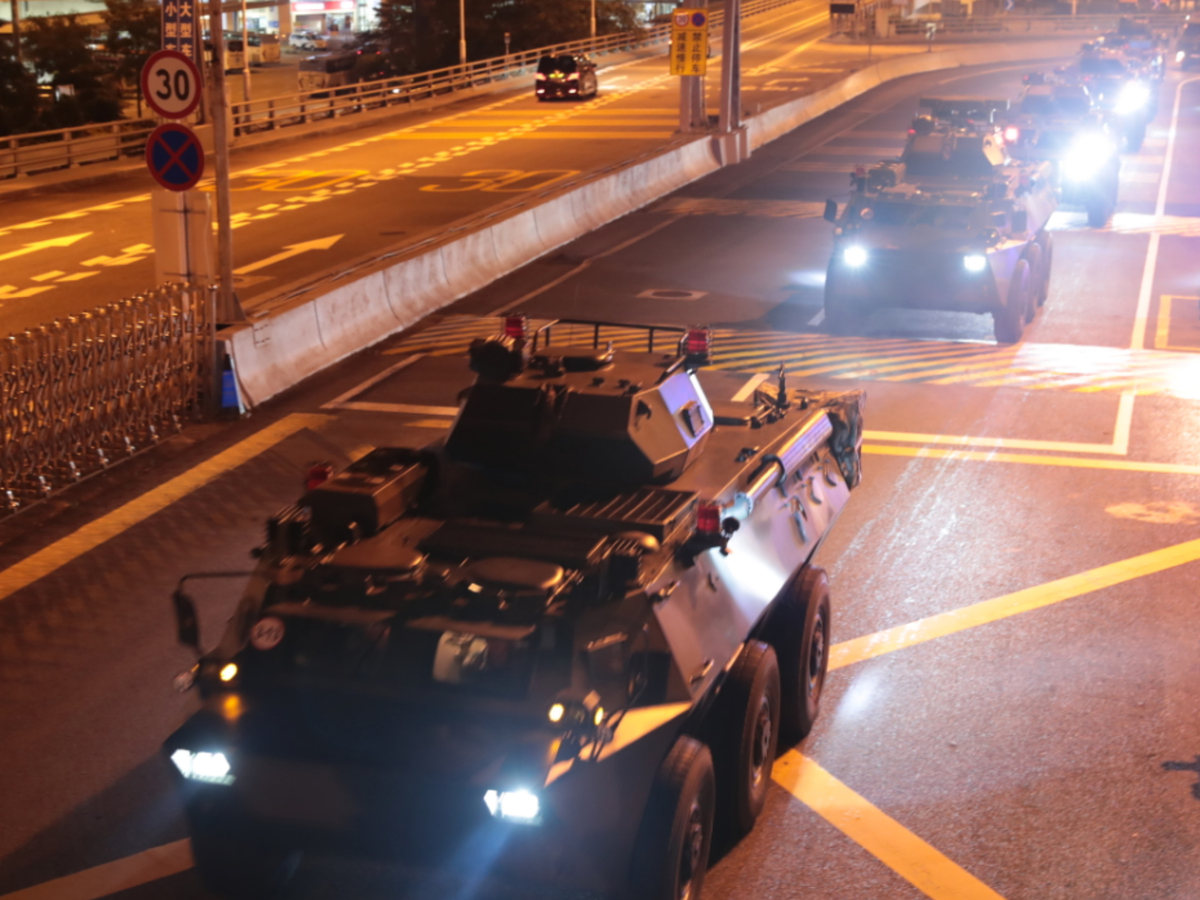 An annual rotation of Chinese troops in Hong Kong normally seen as a routine maneuver is taking on a more ominous tone this year amid warnings from Beijing of a possible crackdown on pro-democracy protests.

Although the movement of People's Liberation Army troops and vehicles in and out of Hong Kong is an annual exercise, China's Xinhua news agency took the unusual step on Thursday of reporting the predawn deployment in real time instead of waiting until it was complete, as in previous years.

The news agency published photos of armored personnel carriers passing through Huanggang Port, a land border crossing that separates Hong Kong from the city of Shenzhen in mainland China.

In reporting the 22nd annual maneuver, which it described as "a normal routine annual rotation," the news agency said PLA troops "have grasped the ability to defend Hong Kong."

"[The troops] are determined to resolutely protect national sovereignty, security and development interests. They will effectively carry out the duty of defending Hong Kong, and perform more new contributions to maintaining the prosperity and stability of Hong Kong," Xinhua said, echoing comments made earlier this month by Chen Daoxiang, the commander of the PLA garrison in Hong Kong.

The troop rotation also serves as a show of strength after more than 11 weeks of sometimes violent protests that have rocked Hong Kong and severely challenged Beijing's ability to administer the former British colony.

Although Xinhua did not say how many troops were involved, the Hong Kong garrison is believed to number between 6,000 and 10,000. They are divided between bases in mainland China and former British army barracks in Hong Kong. 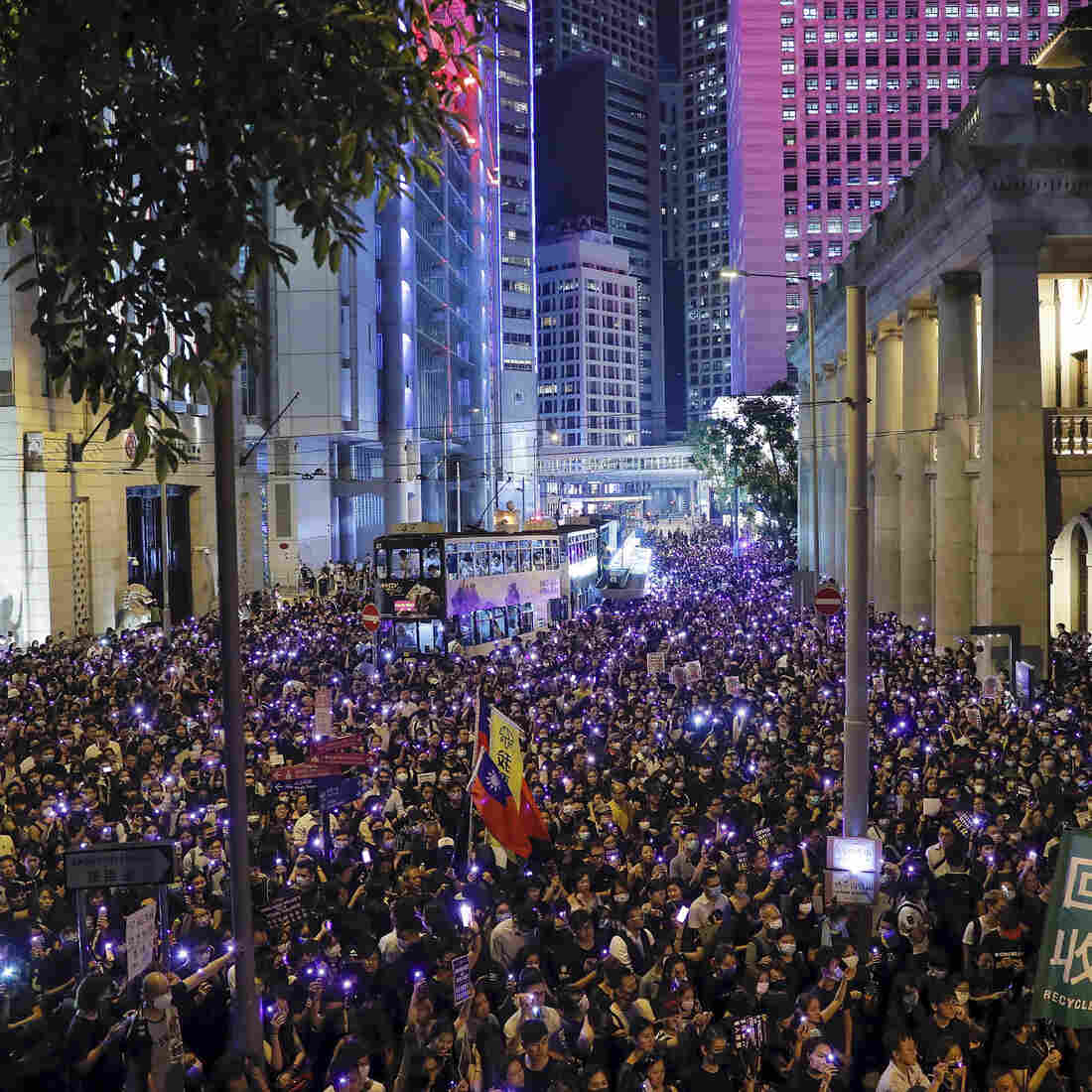 People light up their smartphones as they take part in a rally in Hong Kong's financial district on Wednesday. Kin Cheung/AP hide caption 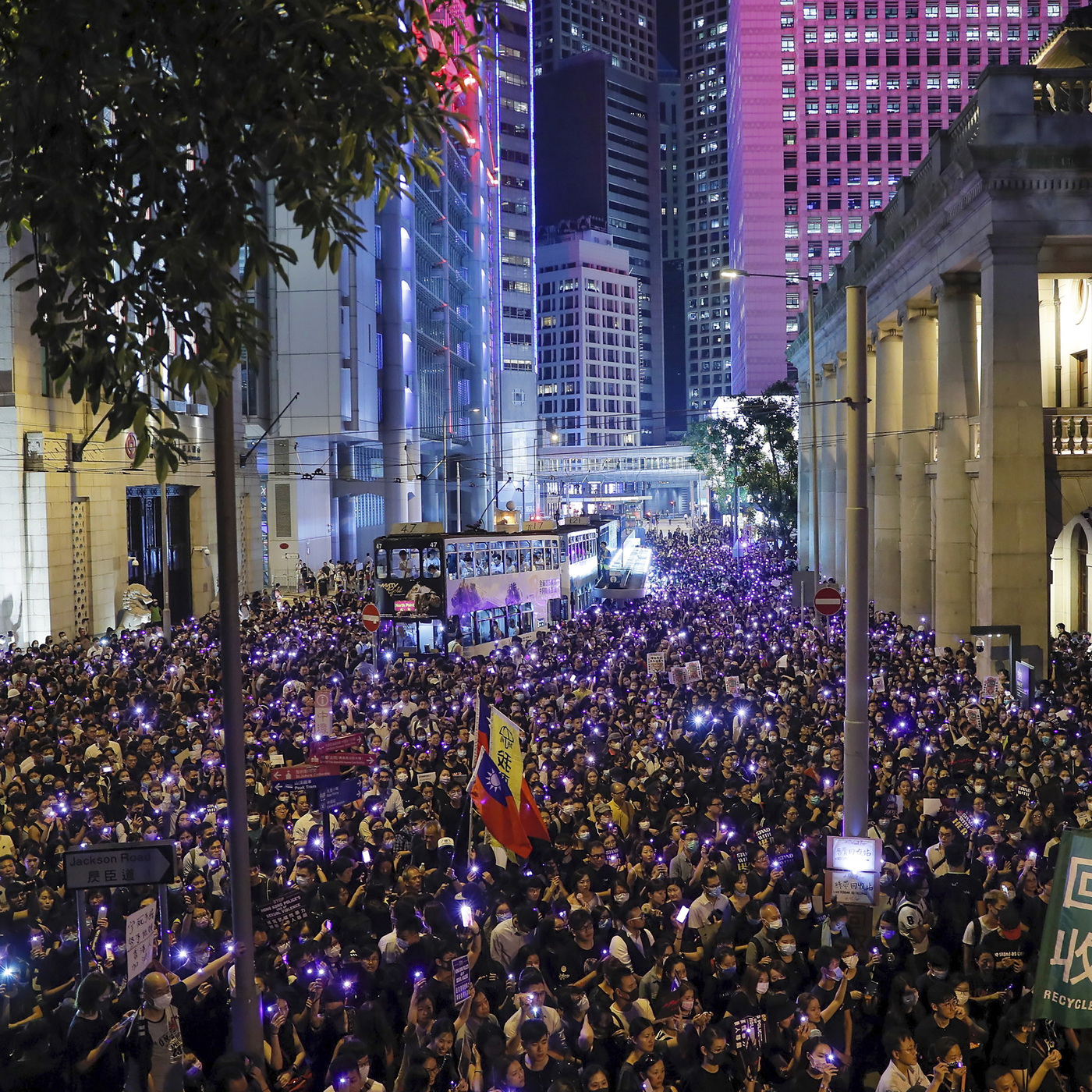 People light up their smartphones as they take part in a rally in Hong Kong's financial district on Wednesday.

In recent weeks, Chinese state media have shown video of troops of the PLA and the Chinese People's Armed Police conducting anti-riot drills.

While part of China, Hong Kong is a semiautonomous region governed by a Beijing-appointed chief executive and a legislature weighted in Beijing's favor.

In early June, demonstrations began peacefully with the aim of opposing a proposed law to allow some in Hong Kong accused of crimes to be sent to mainland China for trial.

However, demands of demonstrators have grown and the protests themselves have become more violent, prompting officials in Beijing to issue stark warnings of a possible crackdown. Earlier this month, a spokesman for China's Hong Kong affairs office warned protesters not to "take restraint for weakness" and admonished that "those who play with fire will perish by it."

Hong Kong chief executive Carrie Lam, who has cautioned that the city could be pushed "into the abyss," has not ruled out the possibility of invoking emergency powers to quell the unrest.