DOJ: Comey Violated Policy On His Trump Memos — But Won't Be Prosecuted

DOJ: Comey Violated Policy On His Trump Memos — But Won't Be Prosecuted 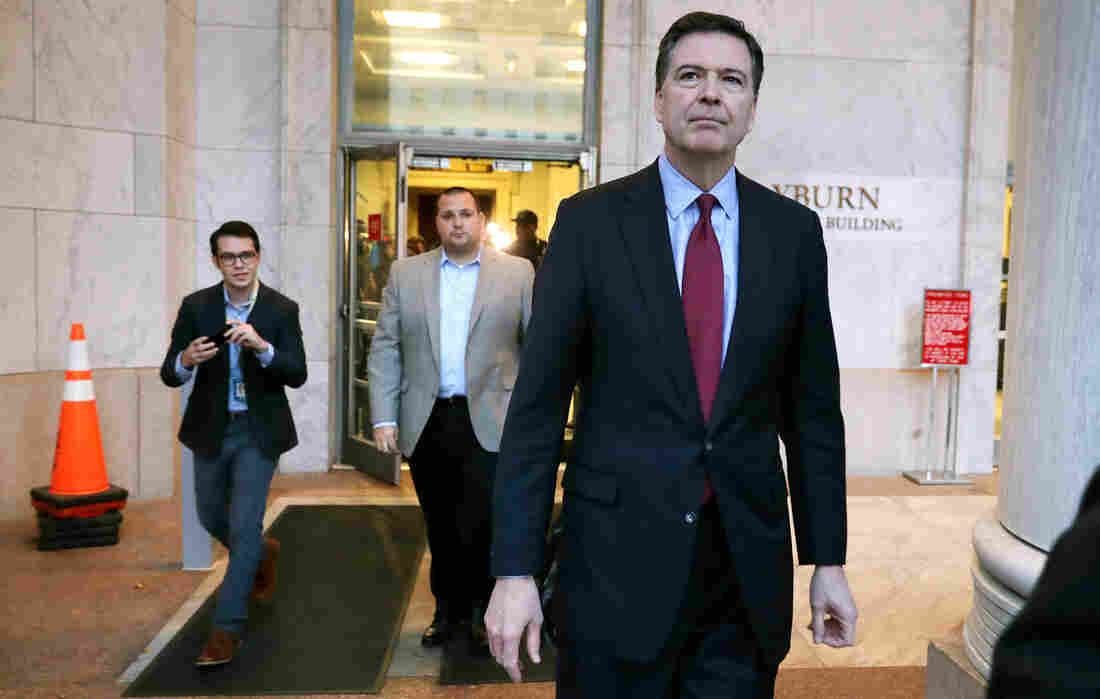 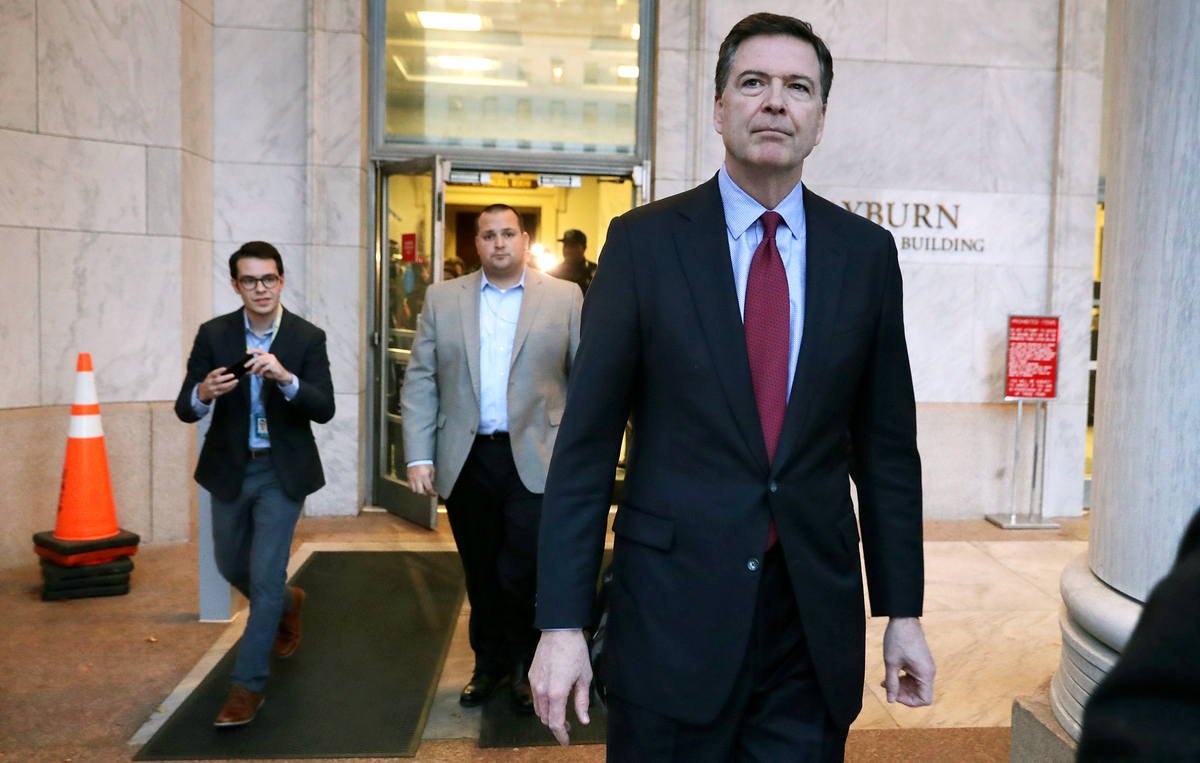 Former FBI Director James Comey violated official policy in the way he handled his memos describing his exchanges with President Trump, an investigation concluded — but Comey won't be charged.

Justice Department Inspector General Michael Horowitz conducted the investigation into Comey's actions and then referred his results to prosecutors.

"After reviewing the matter, the DOJ declined prosecution," the inspector general's office said in a statement on Thursday.

One involved the former director's decision to arrange for a friend to disclose the contents of a memo to a New York Times reporter. Another involved Comey's decision to keep memos at home and discuss them with his lawyers but not reveal to the FBI their contents or what he was doing.

FBI officials have since assessed that some of the material in Comey's memos deserved to be classified as "confidential," the lowest level of classification. But investigators didn't establish that Comey revealed any secret information to the press.

The former FBI director responded on Twitter on Thursday morning by quoting a section of the inspector general's report and pointing out what he called all the untruthful things said about him and other matters by President Trump and Trump's supporters.

DOJ IG "found no evidence that Comey or his attorneys released any of the classified information contained in any of the memos to members of the media." I don’t need a public apology from those who defamed me, but a quick message with a “sorry we lied about you” would be nice.

And to all those who’ve spent two years talking about me “going to jail” or being a “liar and a leaker”—ask yourselves why you still trust people who gave you bad info for so long, including the president.

Comey, by his account, began recording details about his conversations with Trump as soon as they met for a national security briefing in New York City.

Comey — then the FBI director — briefed the then-president-elect on the existence of the infamous, unverified Russia dossier, and Trump's conduct in that meeting prompted Comey to begin typing up an account of it in his FBI vehicle immediately afterward.

Comey also wrote about exchanges in which he said Trump invited him for a solo meeting at the White House and asked for his "loyalty," in a conversation in which Comey said he agreed always to give Trump his "honesty."

In another memo, Comey described a meeting in the Oval Office in which he said the president asked him to stay behind after a larger conference. With just the two of them present, Comey wrote, Trump asked him whether he could "let go" of the investigation into former national security adviser Michael Flynn.

Flynn had stepped down over conflicting statements to White House officials and the public about his conversations with Russia's ambassador during the presidential transition.

Flynn has since pleaded guilty to lying to investigators about that exchange, in which he sought — and Russia agreed to — no escalation by Moscow in response to the diplomatic measures being taken by outgoing President Barack Obama in retaliation for Russia's interference in the 2016 presidential race.

Trump later fired Comey. That move plunged Washington into a vortex of paranoia and suspicion — and the appearance of some of the details of Comey's memos in the press contributed to an atmosphere that prompted then-Deputy Attorney General Rod Rosenstein to commission a special counsel for the investigation into Russia's political interference.

He appointed former FBI Director Robert Mueller, whose nearly two-year investigation revealed many links between Trump's campaign and Russians but no criminal conspiracy to throw the election.

Mueller's investigation also uncovered what critics have called criminal behavior by Trump, who sought to control or quash the inquiry.

The president has called Comey a "showboat" and Mueller's inquiry a "witch hunt."

He and his supporters also have pointed out that Mueller not only ultimately was permitted to continue his work but didn't bring any criminal charges involving direct collusion between Trump's campaign and the Russians.

The results of the Horowitz investigation, establishing that Comey did violate several rules and policies, has already reignited Trump's and his supporters' criticism of the FBI and the Justice Department, which they have savaged over alleged "bias."

Republican Rep. Doug Collins of Georgia, ranking member of the House Judiciary Committee, said the inspector general's report "further cements the need for us to get to the root of how the Russia investigation began. It's time to restore Americans' confidence that federal law enforcement is committed to justice and free from political gamesmanship."

"Because Comey shamefully leaked information to the press — in blatant violation of FBI policies — the Nation was forced to endure the baseless politically motivated, two-year witch hunt," the statement continued. "Comey disgraced himself and his office to further a personal political agenda, and this report further confirms that fact."

Attorney General William Barr told lawmakers in April that he had launched an informal inquiry into the origins of the Russia investigation.