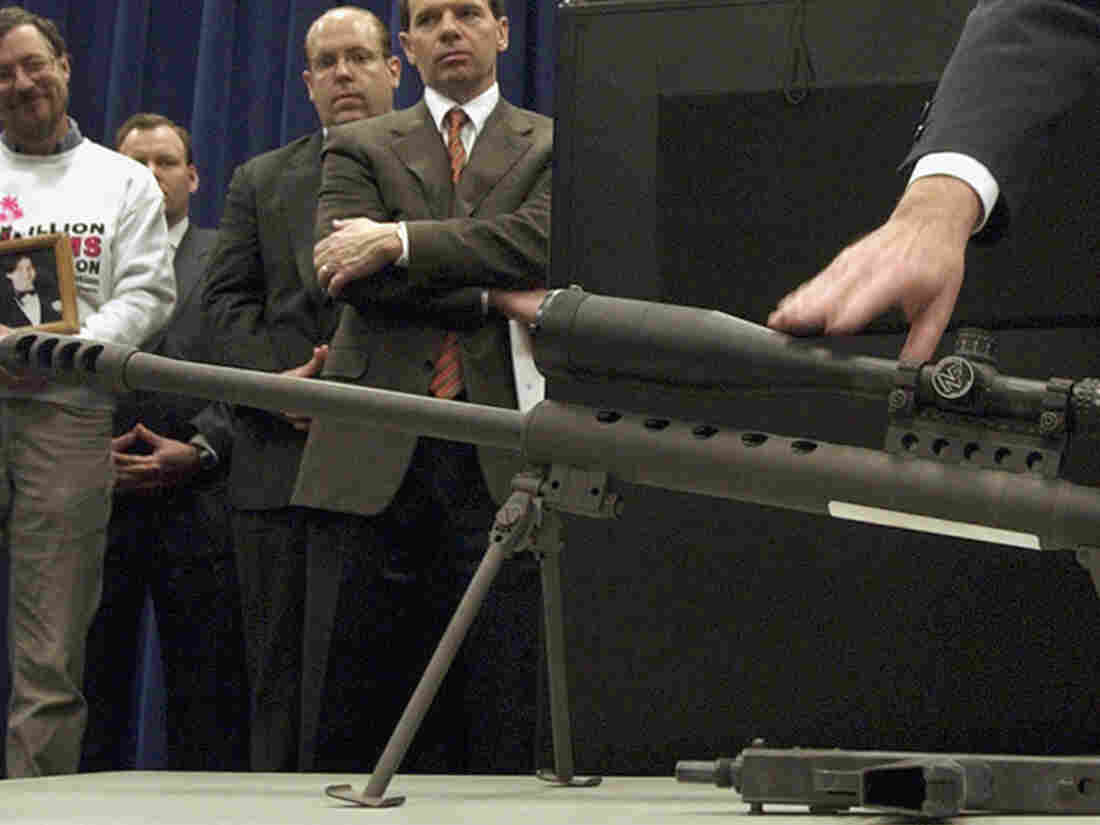 Local officials point to a .50-caliber assault weapon during a 2005 news conference in Chicago, a year before Cook County officials enacted an assault weapons ban. The law has been upheld by trial and appeals courts. On Thursday, a federal appeals court again kept the law in place. M. Spencer Green/AP hide caption 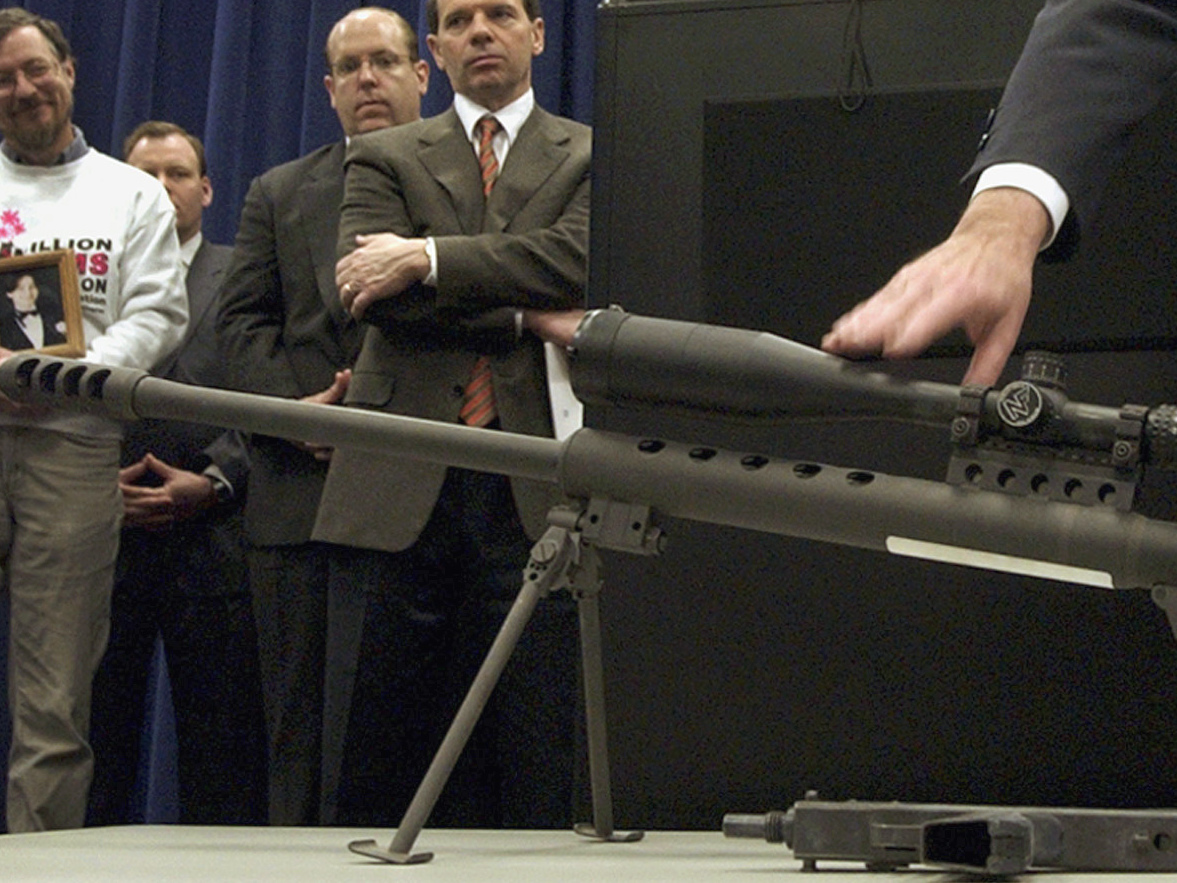 Local officials point to a .50-caliber assault weapon during a 2005 news conference in Chicago, a year before Cook County officials enacted an assault weapons ban. The law has been upheld by trial and appeals courts. On Thursday, a federal appeals court again kept the law in place.

A federal appeals court on Thursday upheld Cook County, Ill., gun laws, including a ban on assault weapons and large-capacity magazines, affirming a lower court decision that found the regulations to be constitutional.

The 7th U.S. Circuit Court of Appeals held that two gun owners, who sued over the gun control measures in the county where Chicago is located, "have not come forward with a compelling reason to revisit" since the last time the same court examined a similar challenge — out of the Chicago suburb of Highland Park, which was also sued after passing an assault weapons ban.

In that case, the 7th Circuit said that the Second Amendment "does not imperil every law regulating firearms."

In 2015, the U.S. Supreme Court declined to consider the case. That meant the appeals court's decision that local governments have latitude in regulating firearms stayed in place, and on Thursday, the three-judge panel refused to revisit that decision.

The plaintiffs, Troy Edhlund and Matthew Wilson, argued that Cook County's ban on assault weapons was so vague that it could potentially make it illegal to possess semi-automatic firearms that were not assault weapons. The duo said the gun regulations impinged on their right to bear arms.

In contending that the Cook County case was distinct from the Highland Park challenge, lawyers for the two gun owners wrote that the "frequency of the criminal threats faced" in the Chicago area should be considered in deciding whether restrictions infringe on a gun owner's Second Amendment rights.

The court, however, did not find that logic persuasive, saying the gun laws did not prevent citizens from acquiring other types of weapons for self-protection.

"Our discussion of self-defense focused instead on the availability of other means for citizens to defend themselves," the court wrote. "This is a question answered by the particular locality's laws, not by its crime rates."

Gregory Bedell, a lawyer for Edhlund and Wilson, did not return a request for comment by NPR.

The case can be appealed to the U.S. Supreme Court, which has become more conservative since the justices rejected the Highland Park case in 2015.