Accessibility links
Kay Ivey, Republican Governor Of Alabama, Apologizes For Blackface Skit The Republican governor said Thursday she still doesn't recall the incident, but after a recording surfaced of her discussing the sketch with her then-fiancé, Ivey admitted it must be true. 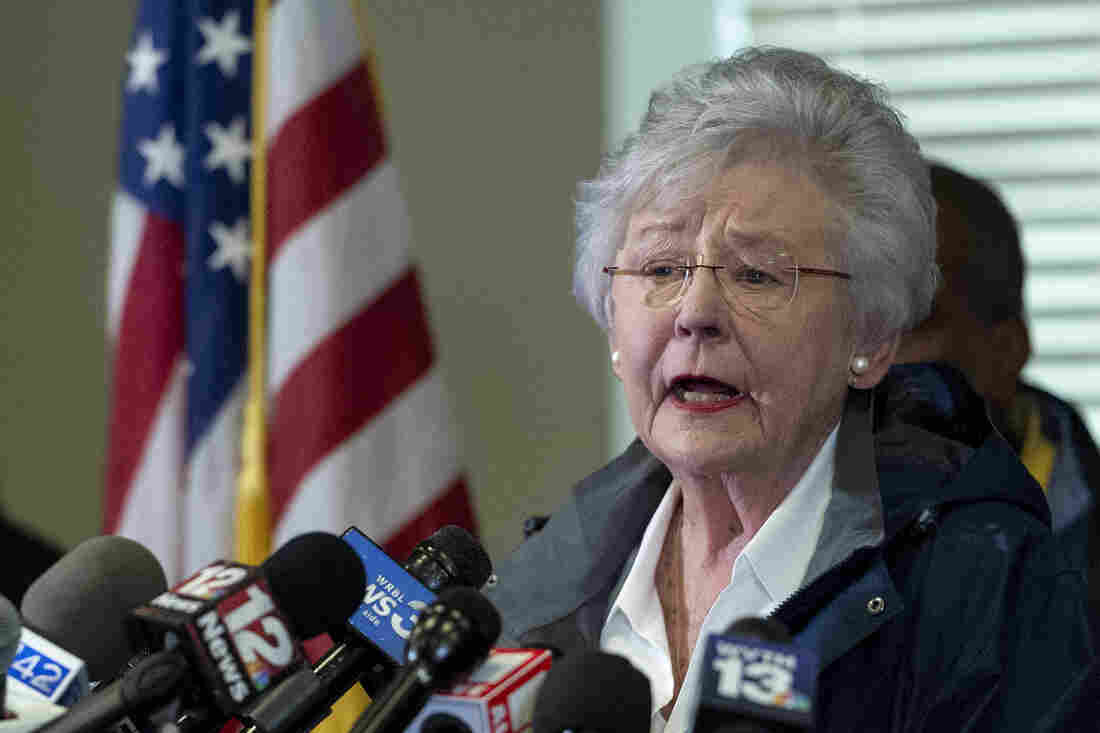 On Thursday, Alabama Republican Gov. Kay Ivey (shown in March) apologized after a radio interview described her wearing blackface during a college skit in the 1960s. Vasha Hunt/AP hide caption 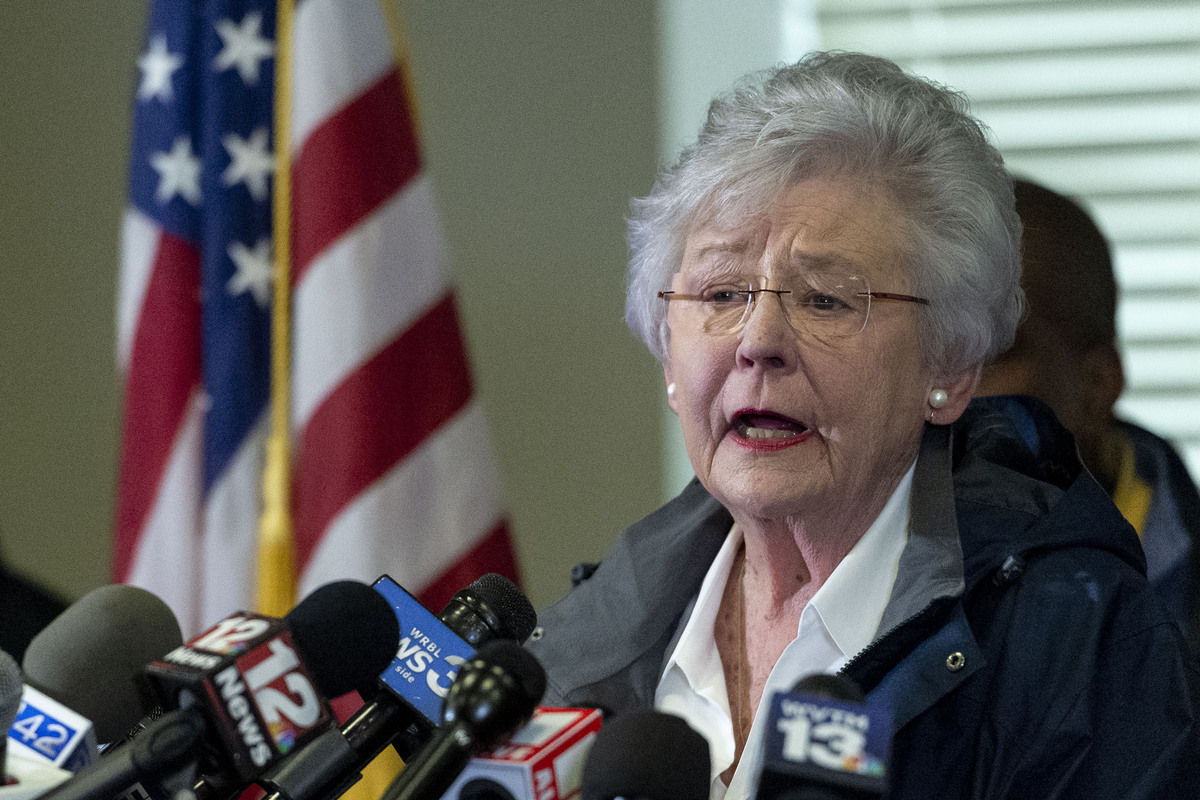 On Thursday, Alabama Republican Gov. Kay Ivey (shown in March) apologized after a radio interview described her wearing blackface during a college skit in the 1960s.

Alabama Republican Gov. Kay Ivey has apologized for wearing blackface during a skit at Auburn University more than 50 years ago.

Ivey said Thursday she still doesn't recall the incident, but after a recording surfaced of her discussing the sketch with her then-fiancé and later first husband, Ben LaRavia, Ivey admitted it must be true.

"Even after listening to the tape, I sincerely do not recall either the skit, which evidently occurred at a Baptist Student Union party, or the interview itself, both which occurred 52 years ago. Even though Ben is the one on tape remembering the skit — and I still don't recall ever dressing up in overalls or in blackface — I will not deny what is the obvious," Ivey said. "As such, I fully acknowledge — with genuine remorse — my participation in a skit like that back when I was a senior in college."

According to the interview Ivey and LaRavia did with the campus radio station in 1967, the sketch was titled "cigar butts" and "did not require a lot of talent, as far as verbal talent, but did require a lot of physical acting, such as crawling around on the floor looking for cigar butts and things like this, which certainly got a big reaction out of the audience."

Ivey is the latest politician to be swept into scandal over the wearing of blackface, a racist practice that has its roots in minstrel shows. Earlier this year, Virginia Democratic Gov. Ralph Northam admitted he had put black shoe polish on his face to dress up like Michael Jackson for a dance contest — an admission that came after a photo of a man dressed up in blackface aside another man in Ku Klux Klan dress appeared on Northam's medical school yearbook page. Northam has denied either man is him. Soon after, Virginia Democratic Attorney General Mark Herring admitted he had put on blackface when dressing up like a rapper during college. Other politicians have come under fire for appearing in Confederate uniforms.

In a state like Alabama — infamous for its violence against and treatment of African Americans during the civil rights movement — Ivey's admission could draw even more scrutiny. Ivey alluded to those tensions in her apology, saying it's "not what my administration represents all these years later."

"I offer my heartfelt apologies for the pain and embarrassment this causes, and I will do all I can — going forward — to help show the nation that the Alabama of today is a far cry from the Alabama of the 1960s," Ivey said. "We have come a long way, for sure, but we still have a long way to go."

In February, the Auburn student newspaper uncovered yearbook photos of members of Ivey's sorority appearing in blackface, but the governor denied she ever participated.

Rep. Terri Sewell, the state's only Democratic House member, tweeted that "Gov. Ivey's admission today only deepens open wounds" and her "words of apology ring hollow if not met with real action to bridge the racial divide."

Racism – in any of its forms – is never acceptable, not in the 1960s and not now. Governor Ivey’s actions were reprehensible and are deeply offensive. Her words of apology ring hollow if not met with real action to bridge the racial divide. https://t.co/6uxqEyQq6X

But the state Republican Party has come to Ivey's defense: "The Alabama Republican Party appreciates and supports Gov. Kay Ivey taking ownership of and responsibility for this 50-plus-year-old incident. While it occurred when she was a college student, Governor Ivey has stood up, admitted her mistake and offered a sincere apology though she has no recollection of the event," Alabama GOP Chairman Terry Lathan said in a statement. "Her extraordinary record of public service shows her ability to work with all people regardless of race, religion or party affiliation."