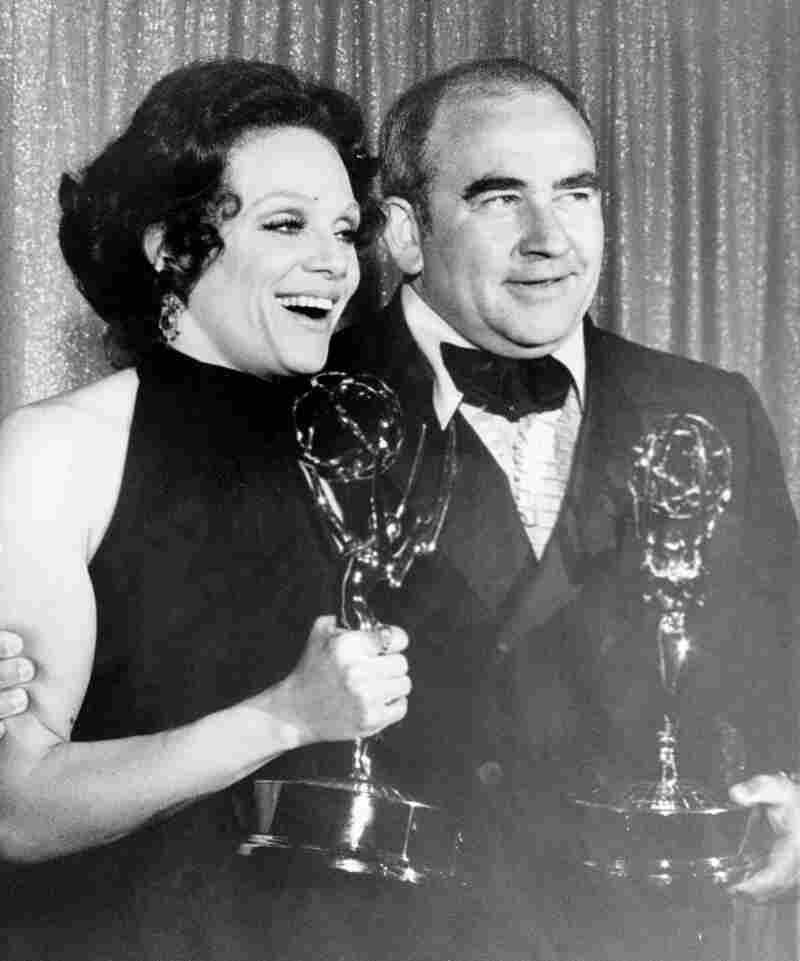 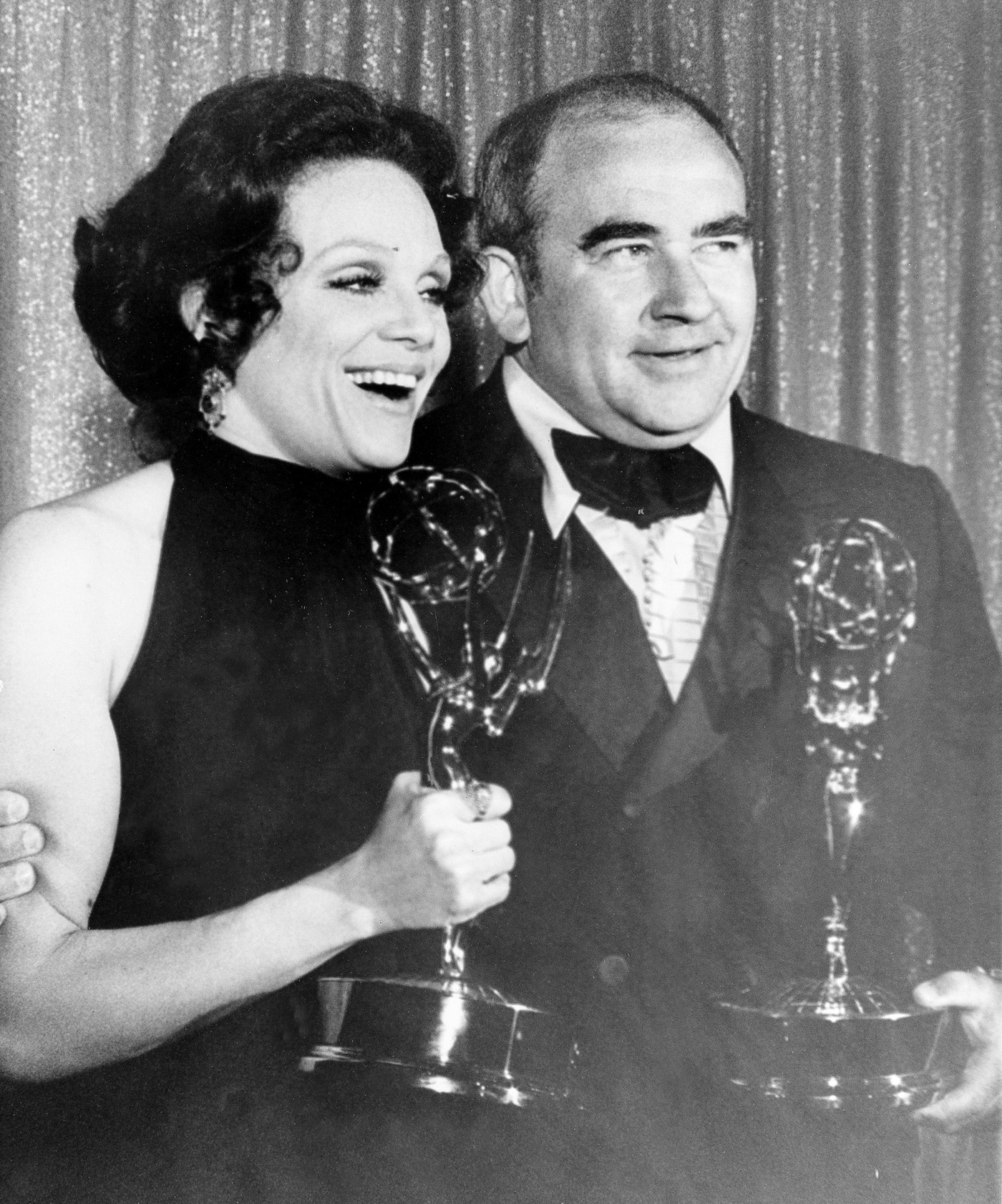 One of TV's most beloved sidekicks has died. Valerie Harper, best known for playing Rhoda Morgenstern on The Mary Tyler Moore Show, died Friday in Los Angeles. She was 80.

As the blunt, self-deprecating Rhoda, Harper created one of the most beloved sitcom characters of the 1970s. The Mary Tyler Moore Show was a ratings powerhouse, centered on best friends Rhoda and Mary Richards, two single women making their way through life, love and career.

Rhoda was the perfect foil for the buttoned-up Mary, played by Mary Tyler Moore. "Rhoda had this wonderful quality of saying the unsayable," Harper told NPR in 2010. She would say things "that Mary Richards would not say because she's too much of a lady or, you know, it's not polite. Rhoda, the New Yorker from the Bronx, would just say it straight out."

The show set high standards for every sitcom that followed, and generations of TV writers and actors cite it as a major influence, including Tina Fey, Lena Dunham and Modern Family star Julie Bowen. Robert Thompson, who teaches television and popular culture at Syracuse University, says Harper and Moore were one of the great comedy teams of all time: "We had Lucy and Ethel — they were kind of the Romulus and Remus of TV girlfriends — and we get a lot thereafter: Laverne and Shirley, and Cagney and Lacey. But Rhoda and Mary, when they were on stage together, even though they weren't dancing, it was kind of like watching [Fred] Astaire and [Ginger] Rogers. They just worked perfectly together."

My dad has asked me to pass on this message: “My beautiful caring wife of nearly 40 years has passed away at 10:06am, after years of fighting cancer.

She will never, ever be forgotten. Rest In Peace, mia Valeria. -Anthony.”

Valerie Harper was born in Suffern, N.Y. Her father was a lighting salesman, her mother was a nurse and her first love was ballet (she originally wanted to be a dancer). Harper got her first job as a dancer with Radio City Music Hall when she was a teenager. In the late 1950s, she worked as a chorus girl in Broadway musicals; later, to hone her comedy chops, she did improv with Second City. But Rhoda put Harper in the spotlight. 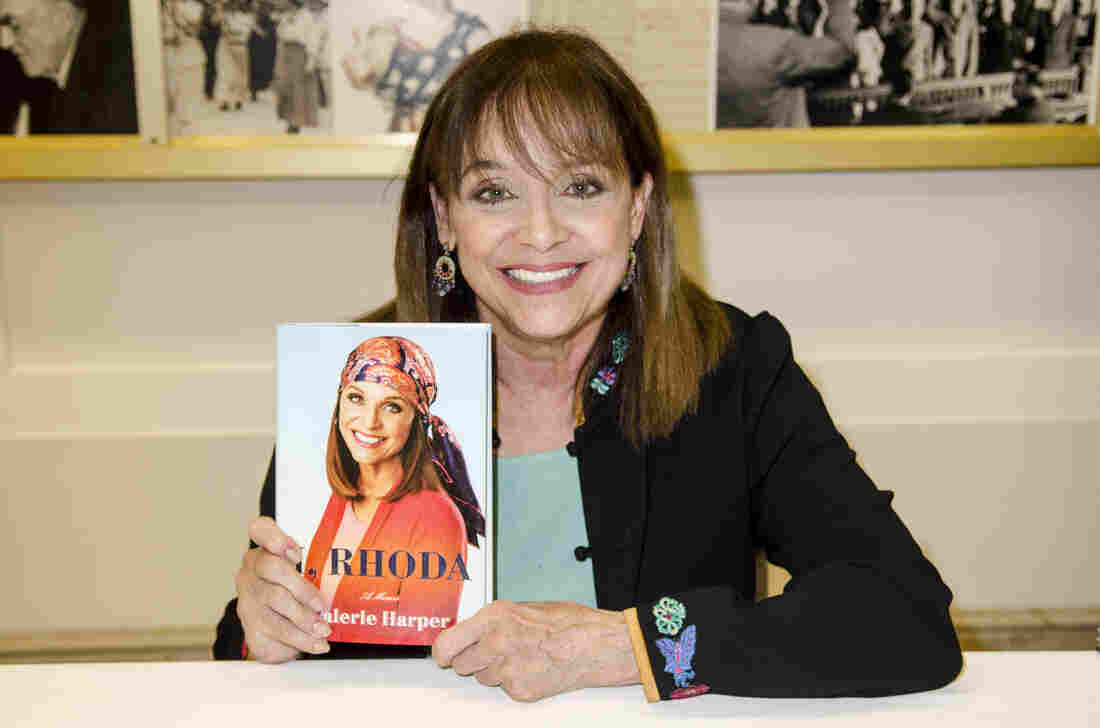 In her memoir, I, Rhoda, Harper (pictured here in 2013) writes that she was "determined to define [Rhoda's] style" and help soften her sharp edge. Kris Connor/Getty Images hide caption 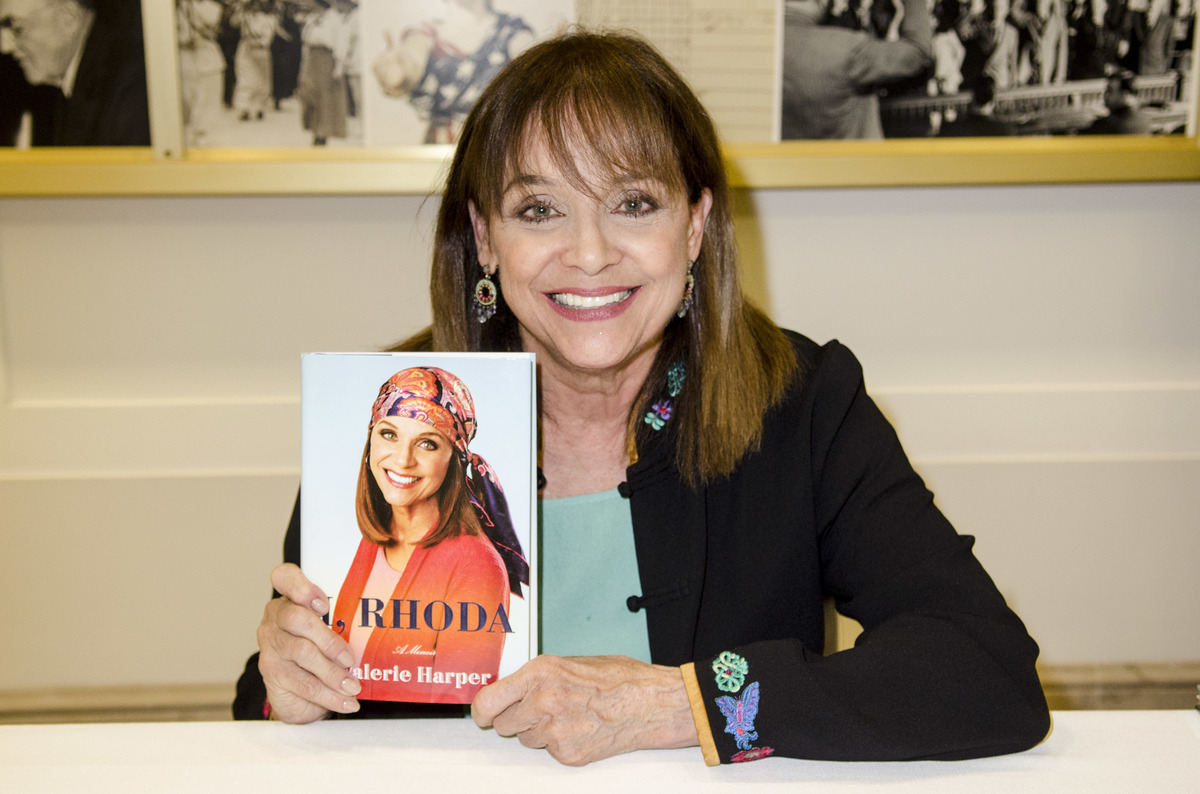 In her memoir, I, Rhoda, Harper (pictured here in 2013) writes that she was "determined to define [Rhoda's] style" and help soften her sharp edge.

In her memoir, I, Rhoda, Harper writes that she was "determined to define [Rhoda's] style" and help soften her sharp edge. Rhoda may have joked about being frumpy and hating to diet, but she was also fashion forward: She wore hippie-chic outfits with colorful head scarves and hand-crafted jewelry, wide-legged pants and long vests, but also sleek, contemporary dresses and suits in bold colors and prints. Harper writes that "Rhoda's gypsy-woman look became an intrinsic part of her quirky character," even though Harper herself "had never in my life worn a head scarf."

Beyond the punchlines, The Mary Tyler Moore Show was a breakthrough for women on television and much has been written about the show's impact on feminism. As career-minded, single women in their 30s, Mary and Rhoda's self-worth wasn't shaped by men. Harper told author Mollie Gregory (Women Who Run the Show) that the characters "were created and written as multifaceted human beings with all kinds of talents, frailties, quirks, and virtues. The women were not written as foils or props for men."

After winning three Emmys in a row, Harper's sidekick stepped into the spotlight. The spinoff Rhoda opened with this introduction: "My name is Rhoda Morgenstern. I was born in the Bronx, N.Y., in December 1941. I've always felt responsible for World War II. The first thing I remember liking that liked me back was food." The show debuted to huge ratings in 1974. (Many consider the wedding episode, in which Rhoda gets married, a TV sitcom classic.) Rhoda gave Harper her fourth Emmy.

After years doing sitcoms, Harper began taking on more serious roles: She co-wrote and starred in All Under Heaven, a one-woman play about writer and Nobel laureate Pearl Buck, and she portrayed the late Israeli Prime Minister Golda Meir in Golda's Balcony, another solo show. But Harper will be remembered most for her impeccable comic timing, a skill that earned her praise as the glamorous, hard-living actress Tallulah Bankhead in the play Looped. In 2010, Harper told NPR she had some reservations about repeating some of Bankhead's salty language. "The f-bomb was all over," she said. "And every time I did a show, I'd say, 'Don't bring the kiddies to see Rhoda.' "

Harper earned a Tony nomination for her performance in Looped. New York Times critic Charles Isherwood wrote that Harper "is not really a natural fit for the role — both the sandpaper voice and the flouncing hauteur seem applied from without — but she gives an enjoyably big, blustery performance, nailing every last laugh with a professionalism that the real Bankhead would surely admire."

In 2009, Harper had a cancerous tumor removed from her lung, and in early 2013, doctors told her the cancer had spread to areas surrounding the brain and that she probably wouldn't make it through the spring. In typical Harper fashion, she remained upbeat in interviews. As a guest on the TV talk show The Doctors in March 2013, she said, "More than anything I'm living in the moment. I really want Americans — and all of us — to be less afraid of death and know that it's a passage. Don't go to the funeral before the day of the funeral. While you're living, live."

Long after The Mary Tyler Moore Show, Valerie Harper often talked about how grateful and lucky she was for landing the role of Rhoda. Millions of viewers felt exactly the same way.